Living her life. While Kim Kardashian was on a strict diet for the Met Gala, Khloé Kardashian was eating ice cream — in the middle of a dress fitting for Kylie Jenner.

The Good American founder, 37, made an appearance in a YouTube video shared by her youngest sister, 24, on Wednesday, May 4, that shows the Kylie Cosmetics mogul trying on her Met Gala gown for the last time ahead of the event. Khloé, meanwhile, was standing in the background enjoying an ice cream cone.

“I love how most people attending the met speak of how they’ve been on a strict diet for fitting into their dresses etc and Khloé is legit in Kylie’s fitting a day before the met eating an ice cream… I’m obsessed with her,” one social media user tweeted about the video.

“Lol yikes,” the former Kocktails With Khloé host tweeted in response to the user on Thursday, May 5. “Sorry lol everyone was so mad at me but I was hungry.” 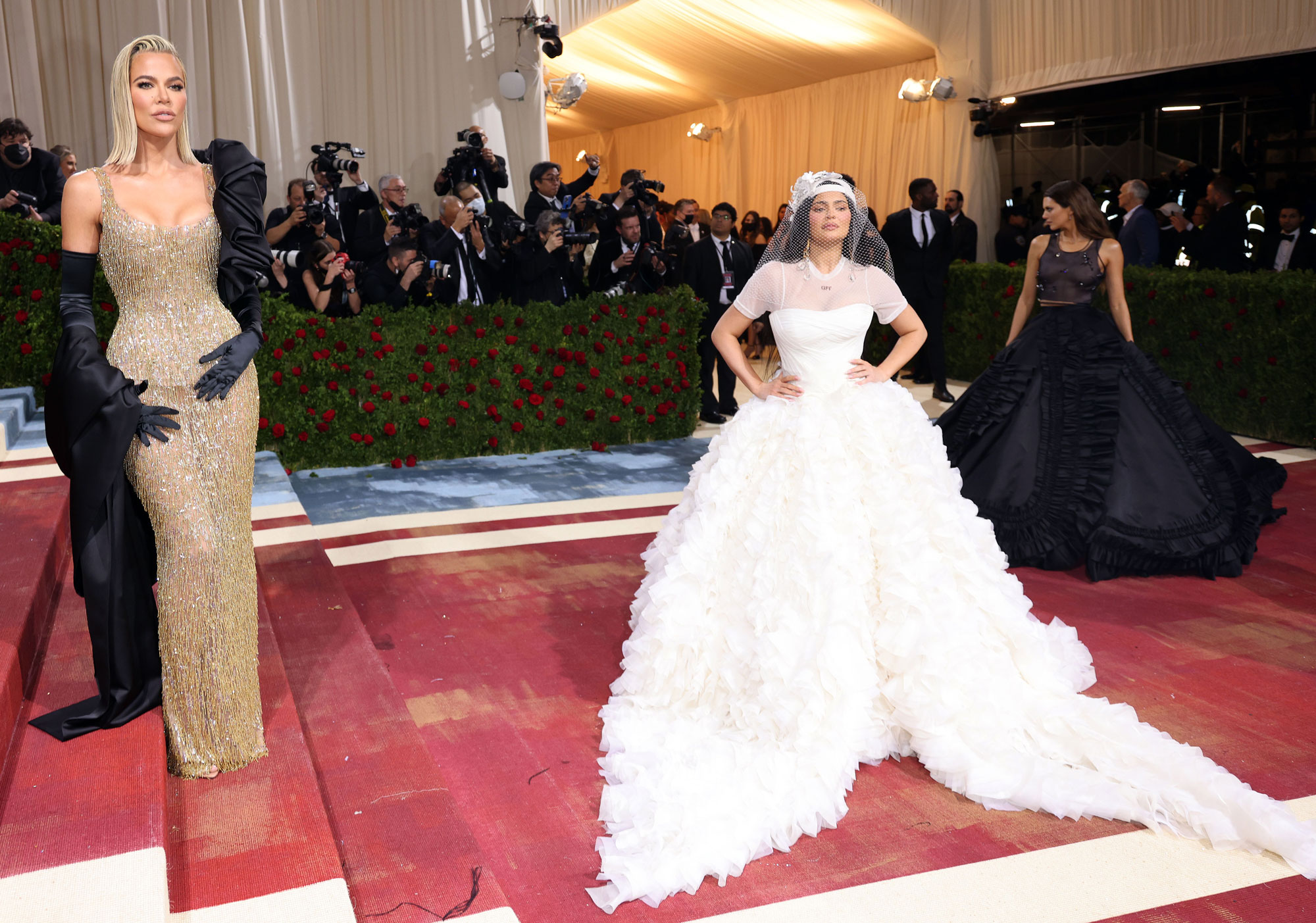 Khloé’s quip came as her sister Kim, 41, made headlines for claiming that she lost 16 pounds to fit into her own Met Gala dress, which originally belonged to Marilyn Monroe. The Skims founder borrowed the gown from Ripley’s Believe It or Not!, which purchased the garment at auction for $4.6 million in 2016. The Gentlemen Prefer Blondes actress famously wore the dress to sing “Happy Birthday” to then-president John F. Kennedy in 1962.

Speaking to La La Anthony on the red carpet on Monday, May 2, the Selfish author said she had to lose weight in order to wear the historic outfit. “It didn’t fit! So I looked at them and I said: ‘Give me, like, three weeks,’” she recalled. “It was such a challenge, it was like a role. I was determined, I was determined to fit in it.”

After the admission sparked backlash for glorifying diet culture, Kim’s trainer, Don-A-Matrix, defended his client’s methods. “It wasn’t, like, a starving herself type of thing,” he told TMZ on Wednesday. “I mean, she’s been on a balanced diet. At times, she wouldn’t eat as much, but the second thing is she really put the work in.”

The fitness guru went on to note that he and Kim worked out “twice a day,” adding, “It’s possible to lose 20 pounds in a healthy way.”

The KKW Beauty founder, for her part, hasn’t directly addressed the controversy, but she shared a quote via her Instagram Story on Thursday that read, “Be teachable. Be open. You’re not always right.”