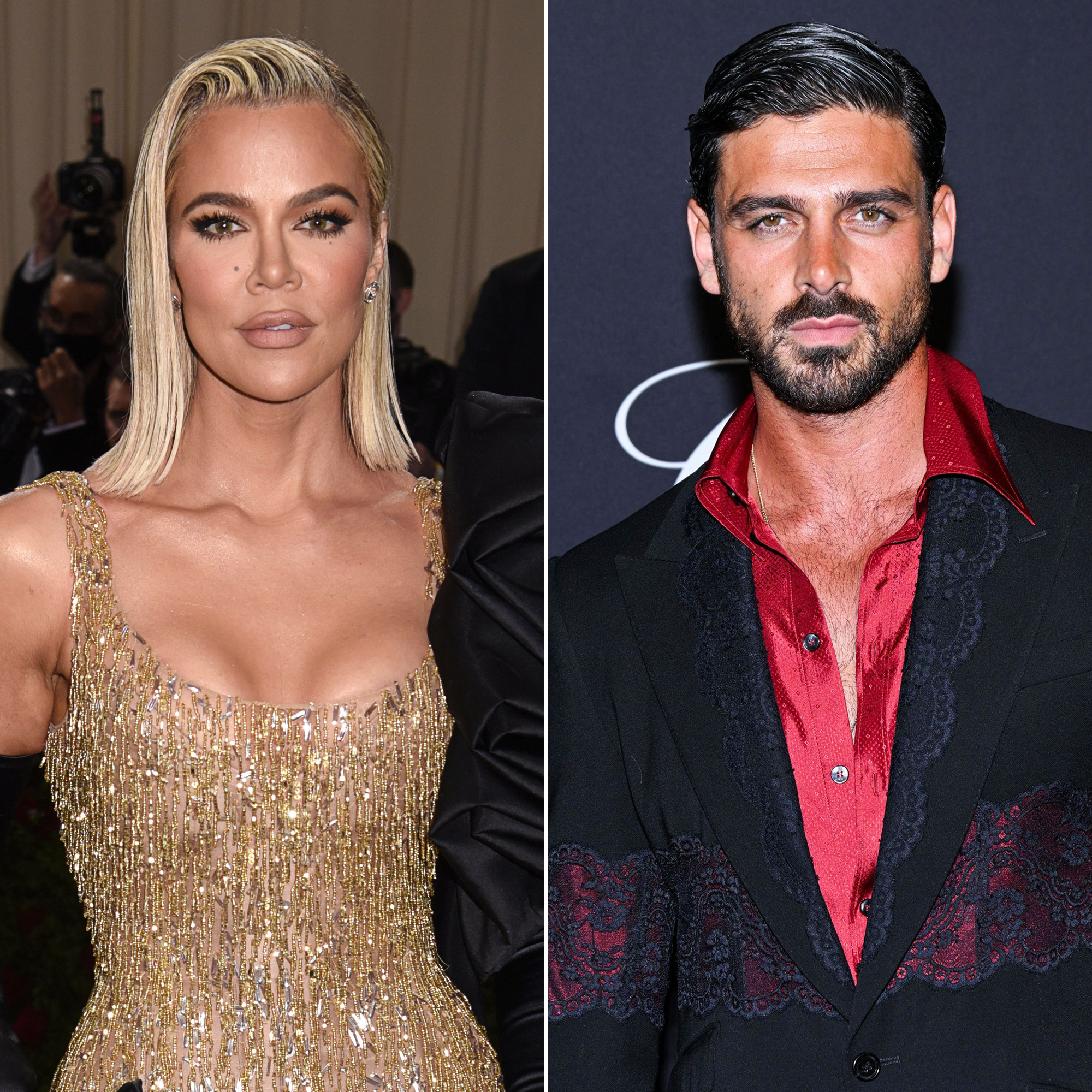 Khloé, for her part, stunned in a black bodysuit with sparkly embellishments, a matching handbag and a pair of black sunglasses. Morrone, 31, sported a pair of black trousers and an orange shirt that had been left unbuttoned to the middle of his chest. In the twosome’s snap, Morrone wrapped his arm around the reality TV star as he appeared to whisper in her ear.

While the twosome have not further commented on the extent of their interaction or relationship aside from sitting side-by-side at the Kim x Dolce & Gabbana runway show, social media fans couldn’t get enough of the duo.

“Khloe Kardashian and Michele Morrone (Massimo) is a duo I never knew I needed,” a Twitter user wrote on Saturday, as another noted they were “low-key here” for this potential couple.

The Italy native rose to fame playing Massimo Torricelli in 365 Days, which debuted on Netflix in 2020. The film trilogy was inspired by Polish writer Blanka Lipińska’s novel of the same name.

“I feel very good inside because I’ve done something good with my life,” Morrone told Decider last month. “This trilogy changed my life. I feel good about it. A little bit sad because that’s the end…or not? I don’t know. But as the same time, I feel like a circle is closed.”

The onscreen love story of Massimo and Laura (played by Anna-Maria Sieklucka) soon swept the world as the movies’ popularity continued to grow.

“In these days, it’s incredibly difficult to find real love because everyday we’re bombed by social media, this weird app, to find each other. And they found each other without an app,” he gushed to the outlet at the time. “They found each other without social media. Their love exploded in such a deep way that it’s very difficult to find in these days. If you think about poets in the 1890s, they used to write about love and it was deep. They used to feel love much more than now. Now everything is much more mechanical and I think that the power of 365 is to bring back an old love.”

Morrone seemingly hasn’t found a love like Massimo and Laura in his own life, as he appears to be single. The Kardashians star, for her part, has been single after Us Weekly confirmed in August that her romance with a mystery private equity investor had fizzled after a few weeks together.

While Khloé navigates the single scene, she’s remained focused on her two children. She shares daughter True, 4, and a newborn son, 8 weeks, with ex-boyfriend Tristan Thompson.

“Ever since December, it’s been this dark cloud looming over me,” the Revenge Body alum said in the Thursday, September 22, episode of the Hulu docuseries after showcasing her baby boy’s birth following the NBA star’s paternity scandal. “Every single day, I’ve been feeling depressed and sad, and now that my son is here, I get to move on, and I get to enjoy. It’s almost like I get to close that chapter and be done with this trauma and put it behind me. Now I finally get to start the healing process. Now I get to start enjoying my life with two kids in it and figuring this out.”