Her little family. While reflecting on raising daughter True, Khloé Kardashian explained that she doesn’t “feel lonely” without a partner — because her life is fulfilling all on its own.

“I don’t feel lonely. I don’t want to date. I feel like I’m so busy with work. I’m so obsessed with my girl. Like I love being a mom, so I just am busy,” Kardashian, 37, explained during an appearance on the “Not Skinny But Not Fat” podcast on Tuesday, May 24.

The reality star noted that she has remained on good terms with True’s father, Tristan Thompson, as they focus on coparenting. “She FaceTimes him every night and it’s just very, like, cordial. There’s just not drama,” she added. “Like to me, the facts are the facts. What are we continuously fighting about? I don’t need to know everything, but I know the facts and that’s enough for me.”

Kardashian and Thompson, 31, have had their fair share of ups and downs after they originally started dating in summer 2016. Days before the Good American cofounder gave birth in 2018, the professional basketball player was accused of being unfaithful with multiple women. After initially staying together, the couple split when Thompson cheated with Kylie Jenner‘s former best friend Jordyn Woods one year later.

While raising their daughter together, the pair gave their relationship another try in August 2020. Us Weekly later confirmed that Kardashian and Thompson called it quits again less than one year later, but they quietly rekindled their romance during fall 2021.

The NBA player’s private life made headlines again when news broke that Maralee Nichols was suing him for child support. In Thompson’s court response, he acknowledged that he hooked up with the fitness model, 31, in March 2021 — while he was still in a romantic relationship with Kardashian.

After previously requesting genetic testing, Thompson publicly acknowledged the child as his now 5-month-old son, Theo. “Today, paternity test results reveal that I fathered a child with Maralee Nichols. I take full responsibility for my actions,” the former Sacramento Kings player, who also shares a 5-year-old son with ex Jordan Craig, wrote via Instagram Stories in January. “Now that paternity has been established I look forward to amicably raising our son.”

Tristan Thompson’s Drama Through the Years: A Timeline 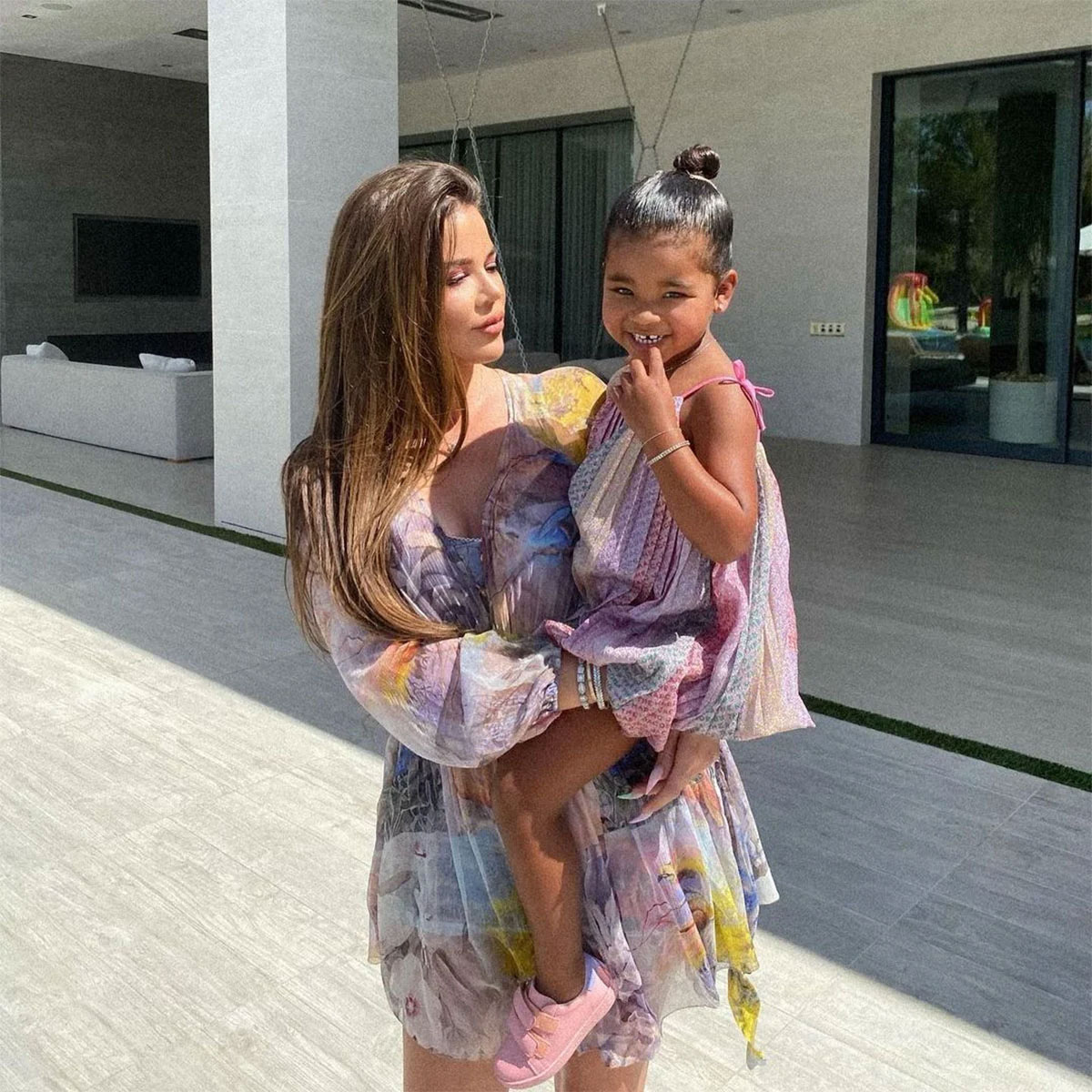 During her interview on Tuesday, Kardashian revealed that her ex-boyfriend didn’t give her a heads-up about the paternity lawsuit. “I found out every time through a sister. I find out with the rest of the world, which is the most offensive part,” she explained. “All of it is f–ked up, but can there be a little respect?”

The California native pointed out that she still considers Thompson a “good person” outside of their personal drama. “It’s sad because, like, there’s so many good sides to him as well, but no one gets to see those ’cause they’re all overshadowed by, like, the personal stuff that’s going on between him and I,” she said.

Kardashian’s tumultuous relationship with Thompson has been documented on her family’s new reality series. In a recent episode of The Kardashians, the Strong Looks Better Naked author reflected on her connection with Thompson. “We have a very loyal strong bond in our family. We are great coparents, and we are great at blending families. We have learned that from my mom and my dad,” she told her then-boyfriend during a new episode on Thursday, May 19. “Like Scott [Disick] is never leaving and Kanye [West] is never leaving. Looks like you are never leaving. We are all here forever.”

The athlete jokingly responded, “More like you are never leaving me.” Kardashian, for her part, said it was “a beautiful thing” that they have stayed close, adding, “We are family whether you like it or not.”