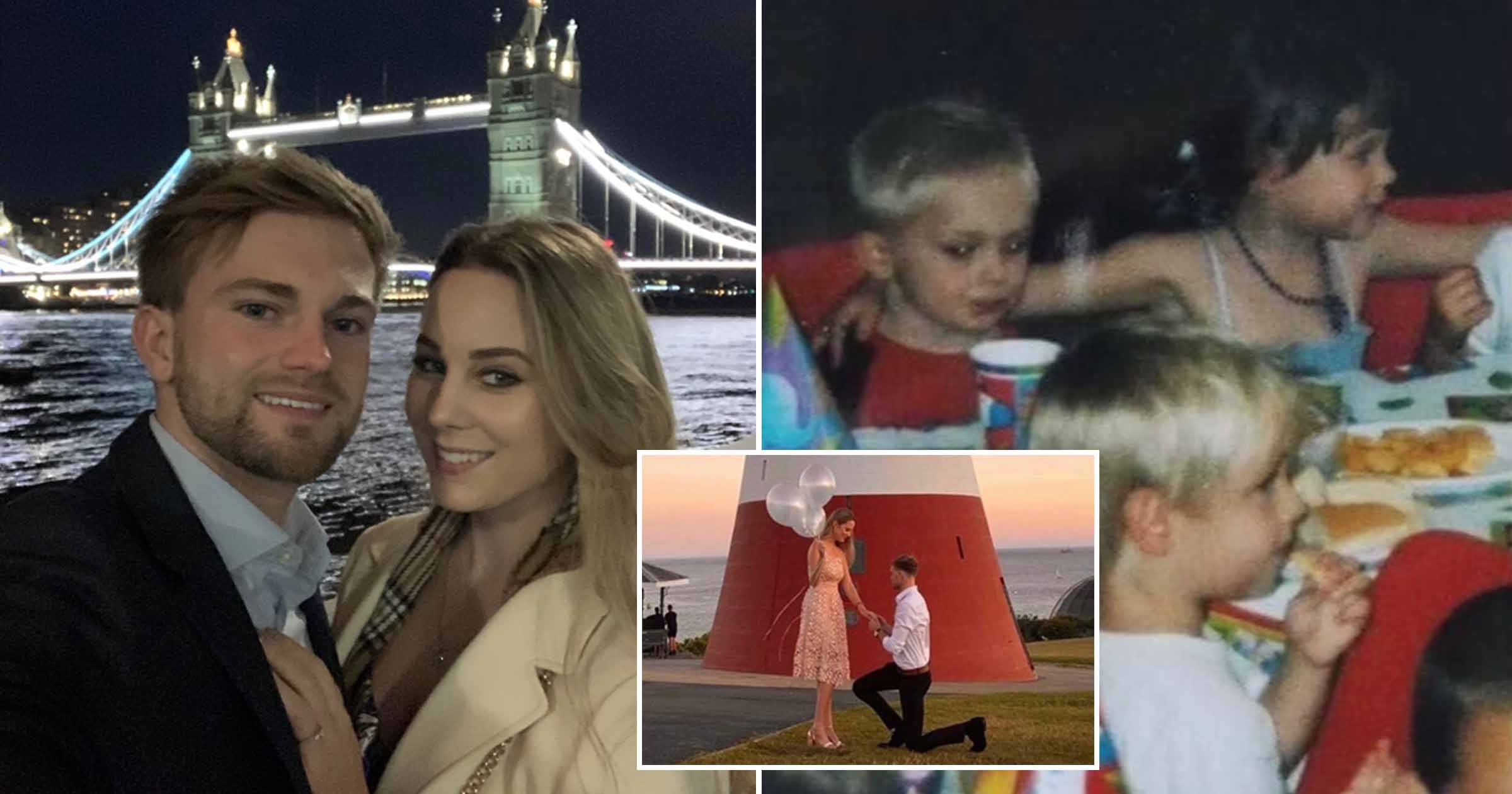 It’s the love story everyone wants.

A couple who ‘tied the knot’ at the age of four, when they were both at nursery, are getting married for real next month.

The love story of Jess Peak and Joe Matthews, both 22 from Plymouth, is one for the hopeless romantics.

When they were at nursery together, the couple had a pretend wedding when Joe proposed with no ring, but then followed up with a dolphin ring from a Christmas cracker.

In a romantic twist of events, next month the childhood sweethearts will marry for real.

‘They ate breakfast together every day, and the group at the nursery was always so social they’d end up at the same birthday parties or play dates together.’

However, as Joe was born in the final hours of August, he went off to primary school a year before Jess, who was born in October. So they were put in different schools.

Throughout the years apart, they thought of each other a lot – until, finally, Joe found Jess on Facebook.

She said: ‘He messaged me on Facebook and said: “I guess you don’t remember who I am?” I replied: “Are you the guy I married at four?” We sort of hit it off from there again, and agreed to meet at the lighthouse on the Hoe.’

They both thought they had been stood up by the other – only to realise later that they were standing on opposite sides of the lighthouse.

When they finally did meet, Jess and Joe – who are both teachers – reconnected.

Jess said: ‘When I met Joe’s parents again, it also felt like a reunion.

‘We watched all the old cassette videos of Joe when he was younger and realised, wherever Joe was, I was in the background.’

In August last year, Joe hired a room at Beckley Point tower, organised a red carpet, had petals scattered all over the floor, images strung from the ceiling of their time together, and made his proposal to his childhood sweetheart.

Jess said: ‘He got the kids in his class to colour in the words for “marry me” and hung them up. That made me emotional.’

They will marry for real at Rockbeare Manor, near Exeter, next month.

Jess added: ‘I genuinely couldn’t live without him, even though we’re chalk and cheese.

‘I’m stubborn and he isn’t, but we’re still so in love with each other. There are times when I look at Joe and I think: “I’m so lucky.”

‘It almost feels too easy.

‘This relationship has been offered to me on a platter and it’s like a dream come true, marrying my childhood best friend.

‘I feel like I’m in a fairy tale, and the closer the wedding gets it feels magical. I wish everyone could have what we have.’