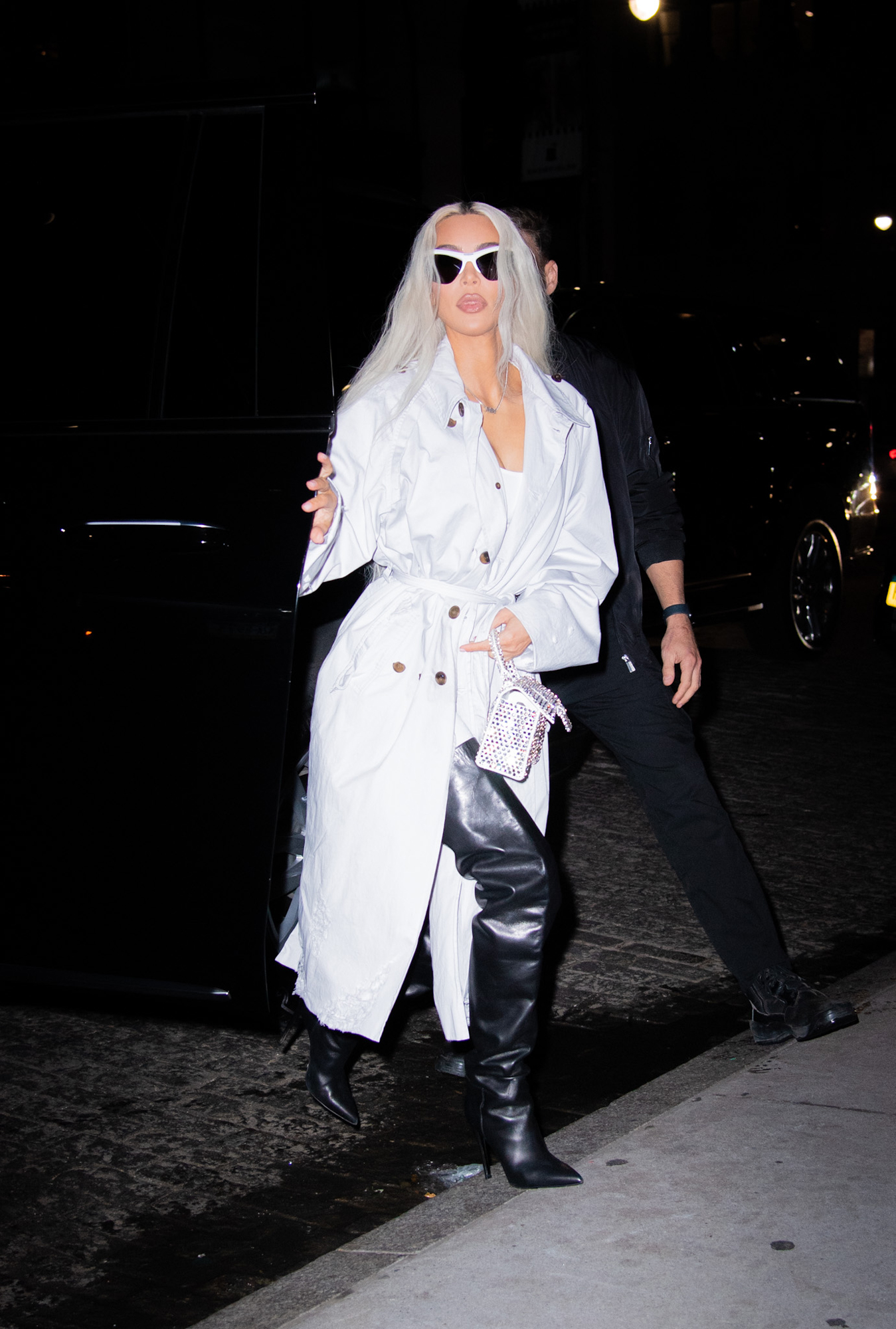 The reality star, 42, was seen arriving at Zero Bond in New York City on Tuesday, November 1, wearing a gray trench coat. The classic outerwear piece featured an oversized silhouette and a belt at the waist. Kardashian complemented the number with a pair of black over-the-knee boots.

The pairing created a polished aesthetic with just two steps. The Selfish author finished the look with bug-eye sunglasses and a sparkly Balenciaga Hourglass bag — her go-to accessories. She wore her platinum tresses in loose waves.

Metallic accents are a staple in Kardashian’s wardrobe. For her birthday celebration last month, the TV personality bared her abs in a crystal-clad bra top, which she teamed with coordinating low-rise pants. The Hulu star also sported a glittery choker and a feather boa.

Earlier in October, the Skims founder rocked a monochrome silver look during an appearance on The Late Late Show With James Corden. Her ensemble included a figure-hugging Rick Owens dress that was designed with a plunging neckline. Kardashian styled the number with a matching puffer coat and thick bracelets.

Hello, Curves! Take a Look Back at Kim Kardashian’s Body Evolution Through the Years

As for why the Keeping Up With the Kardashians alum can’t get enough of the gleaming aesthetic, she explained in June that she’s in her “alien” era.

“I would say [my style is] definitely, like, future alien Barbie vibes,” Kardashian said during a panel with Allure‘s editor-in-chief Jessica Cruel. The SKKN by Kim CEO admitted, however, that she’s finding some aspects of her wardrobe to be a bit difficult. “I do struggle with casual [style]. I’m trying to get better at that.” 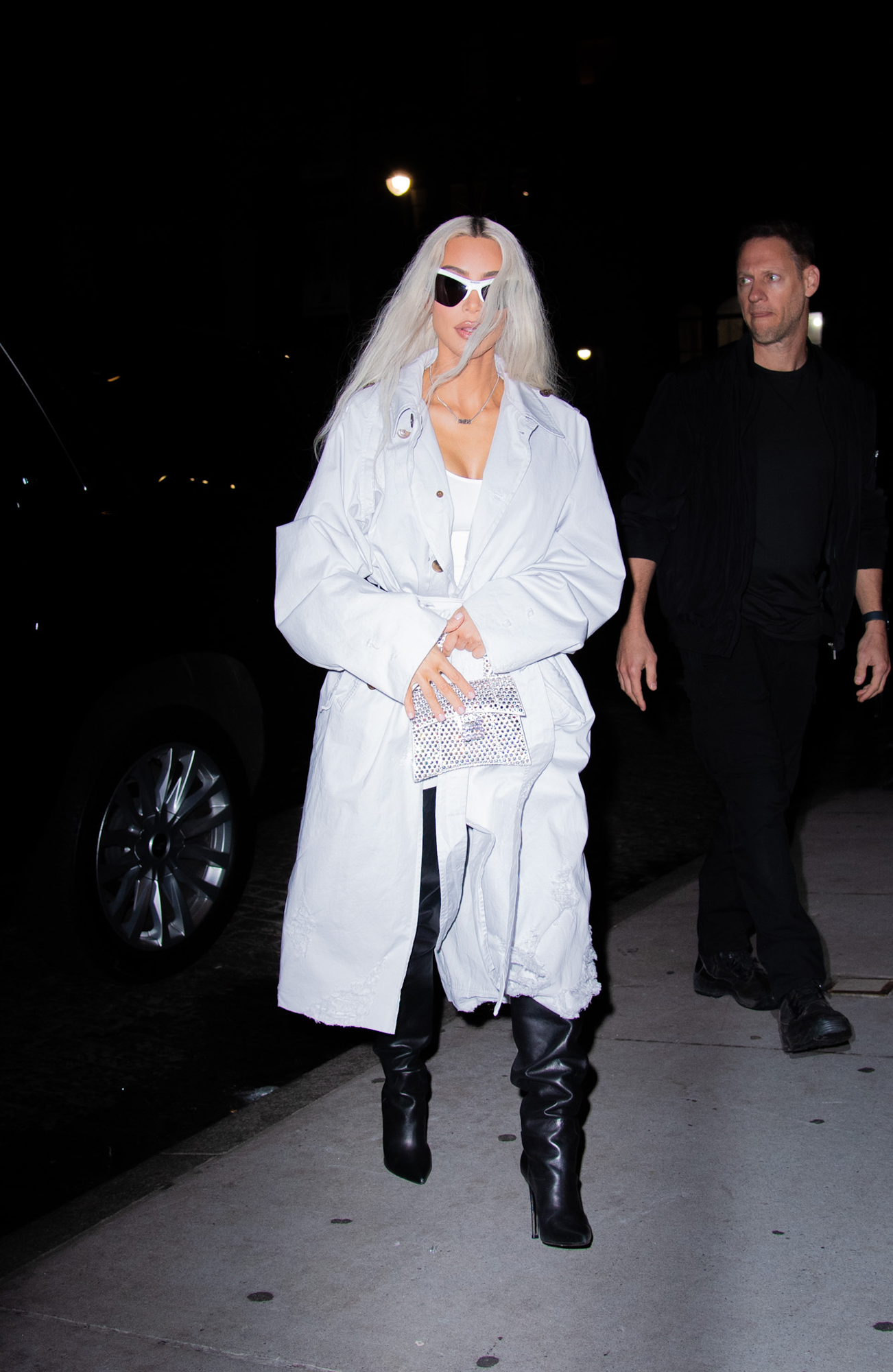 Mastering casual style isn’t the only thing the businesswoman has to work on. It appears she also has to remember to thoroughly read party invitations.

On Sunday, October 30, Kardashian hilariously revealed that she attended Tracee Ellis Ross‘ birthday dinner during Halloween weekend in a costume — despite the soiree not requiring one.

Kardashians’ Halloween Costumes Through the Years!

“That time I showed up to a birthday dinner in full costume when it wasn’t a costume party!” Kardashian joked via her Instagram Story. “Happy Birthday to the most beautiful kind soul [Ross].”

Alongside the message, the beauty mogul shared a photo of herself — dressed in her impressive Mystique costume — posing next to Ross, 50, who is seen in a glistening red gown. To Kardashian’s defense, the former E! star had been celebrating the spooky holiday and later attended Diddy‘s gathering. The record producer, for his part, dressed up as Heath Ledger‘s Joker from The Dark Knight.