“So happy for u guys!!!!” Kim, 41, commented on the couple’s Instagram post announcing they are heading for marriage. She also added emojis of wedding rings, a heart-eyed smiley face and a heart.

Kourtney, 42, shared in the excitement, too, commenting a bunch of heart emojis on 35-year-old Fox’s post.

Both Kim and Kourtney’s comments received thousands of “likes” from fans.

Kourtney and Fox have formed a close friendship over the past few months after striking up relationships with Travis Barker and MGK, 31, respectively. Both rockers have collaborated on music together and are close pals. And last September, the “Transformers” actress and Kourtney famously introduced their boyfriends as their “baby daddies” at the VMAs. 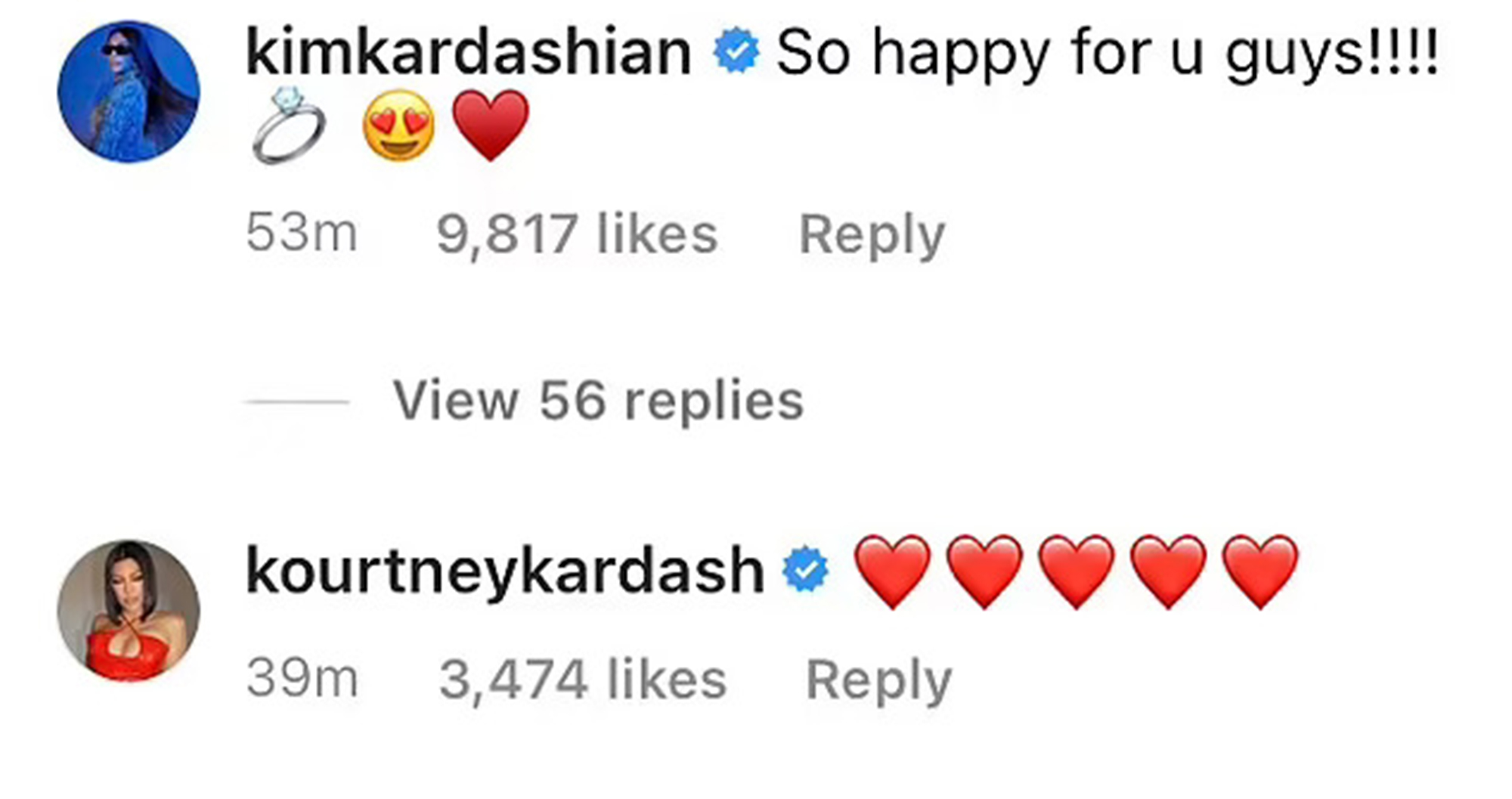 Meanwhile, Kim started dating Pete Davidson, who has been good friends with Kelly for years, in November. Kelly, born Colson Baker, and the “Saturday Night Live” star, 28, are so close that they infamously talked about their penises on Instagram Live in December.

Fox and the “Bloody Valentine” singer shared the news that they were engaged on Wednesday night, with the actress revealing that Kelly popped the question on Jan. 11 after more than a year and a half of dating. 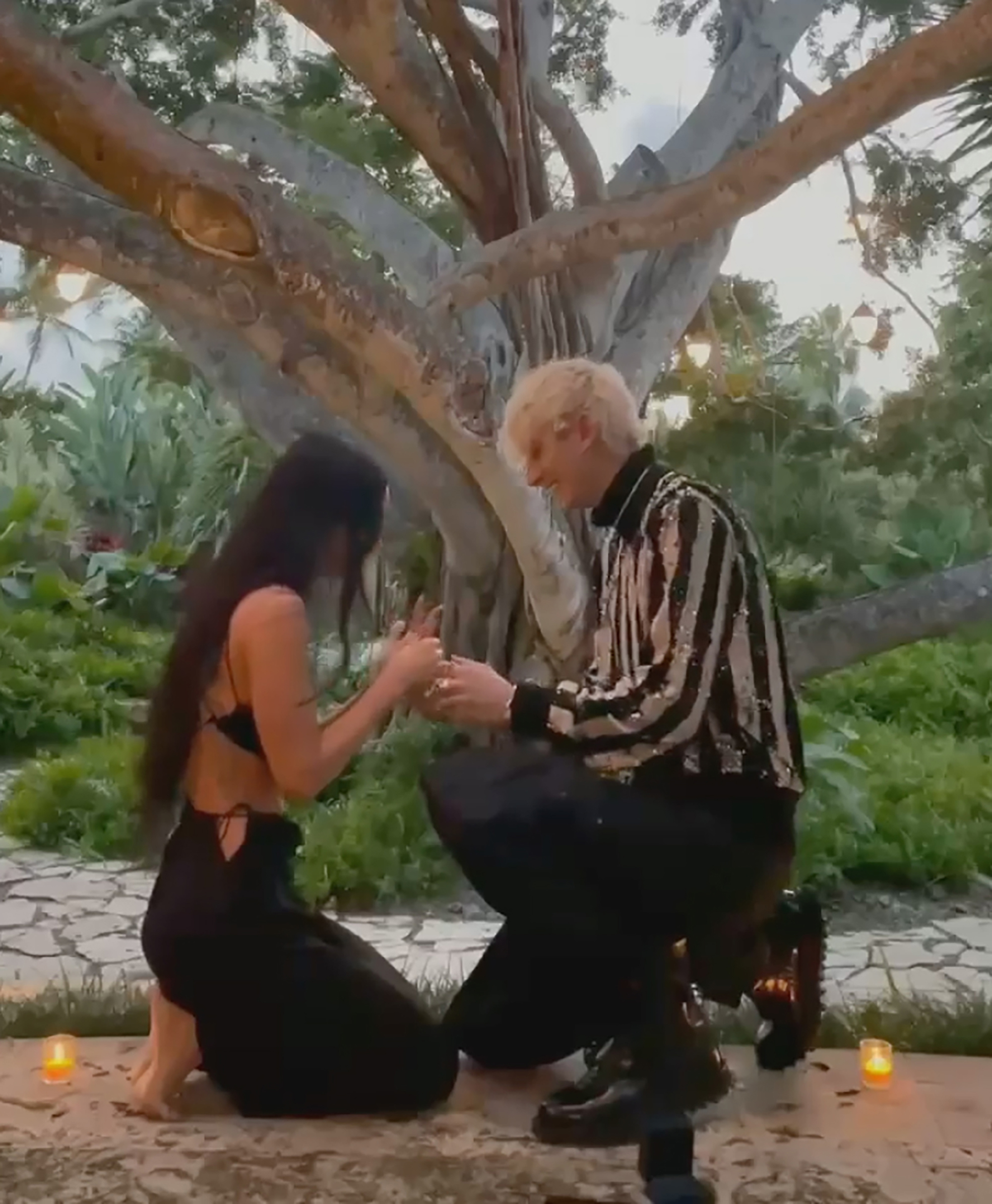 “Unaware of the work and sacrifices the relationship would require from us but intoxicated off of the love. And the karma. Somehow a year and a half later, having walked through hell together, and having laughed more than I ever imagined possible, he asked me to marry him,” Fox wrote on social media along with a clip of his proposal. 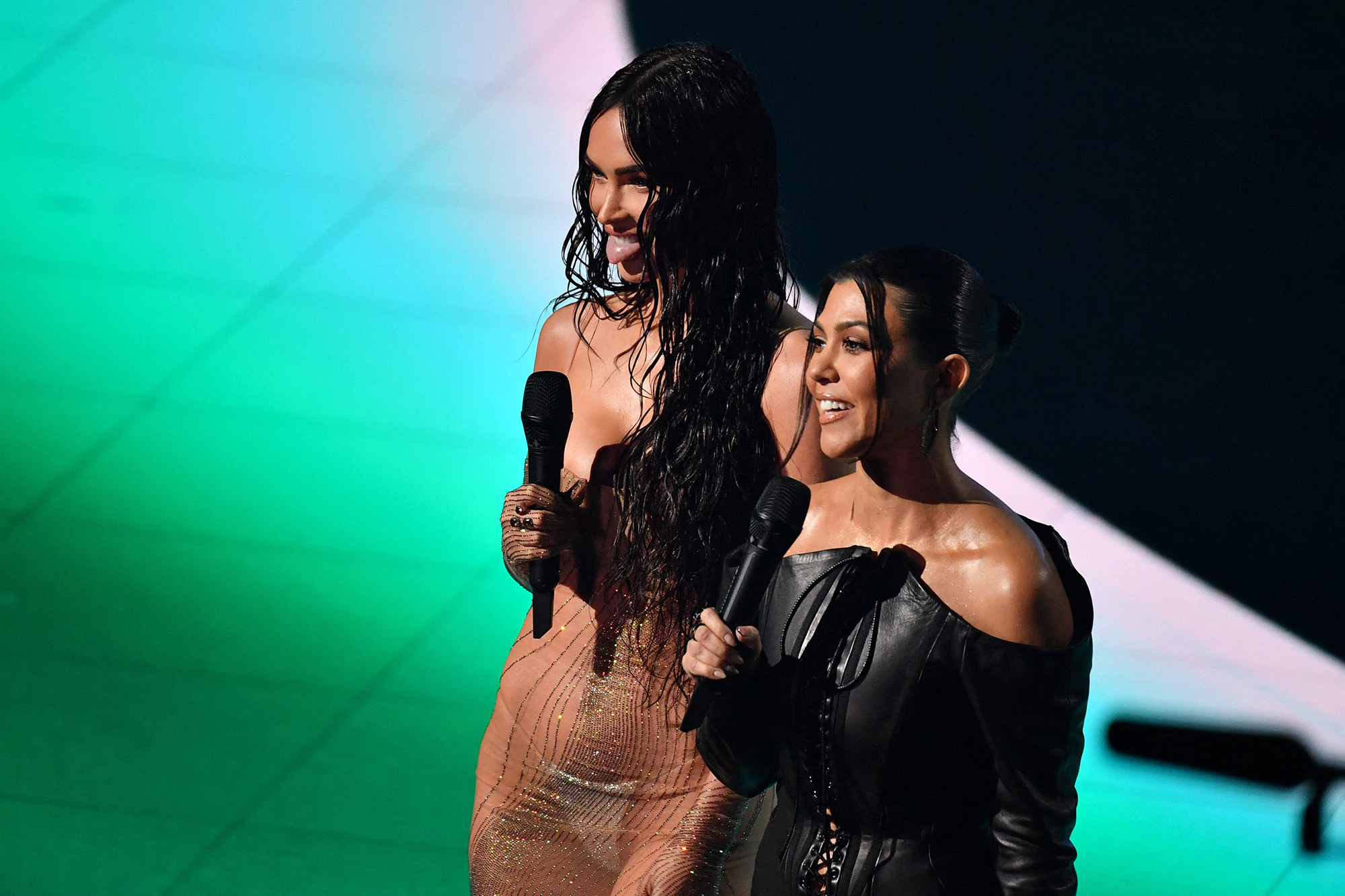 Page Six exclusively reported that MGK popped the question outside of the Spa Botánico at the Ritz-Carlton Dorado Beach in Puerto Rico, where he presented his bride-to-be with a “toi et moi”-style engagement ring featuring their birthstones: an emerald for Fox and a diamond to represent himself.

“I know tradition is one ring, but I designed it with Stephen Webster to be two: the emerald (her birth stone) and the diamond (my birth stone) set on two magnetic bands of thorns that draw together as two halves of the same soul forming the obscure heart that is our love. 1-11-2022,” Kelly wrote on Instagram about the ring inspiration. 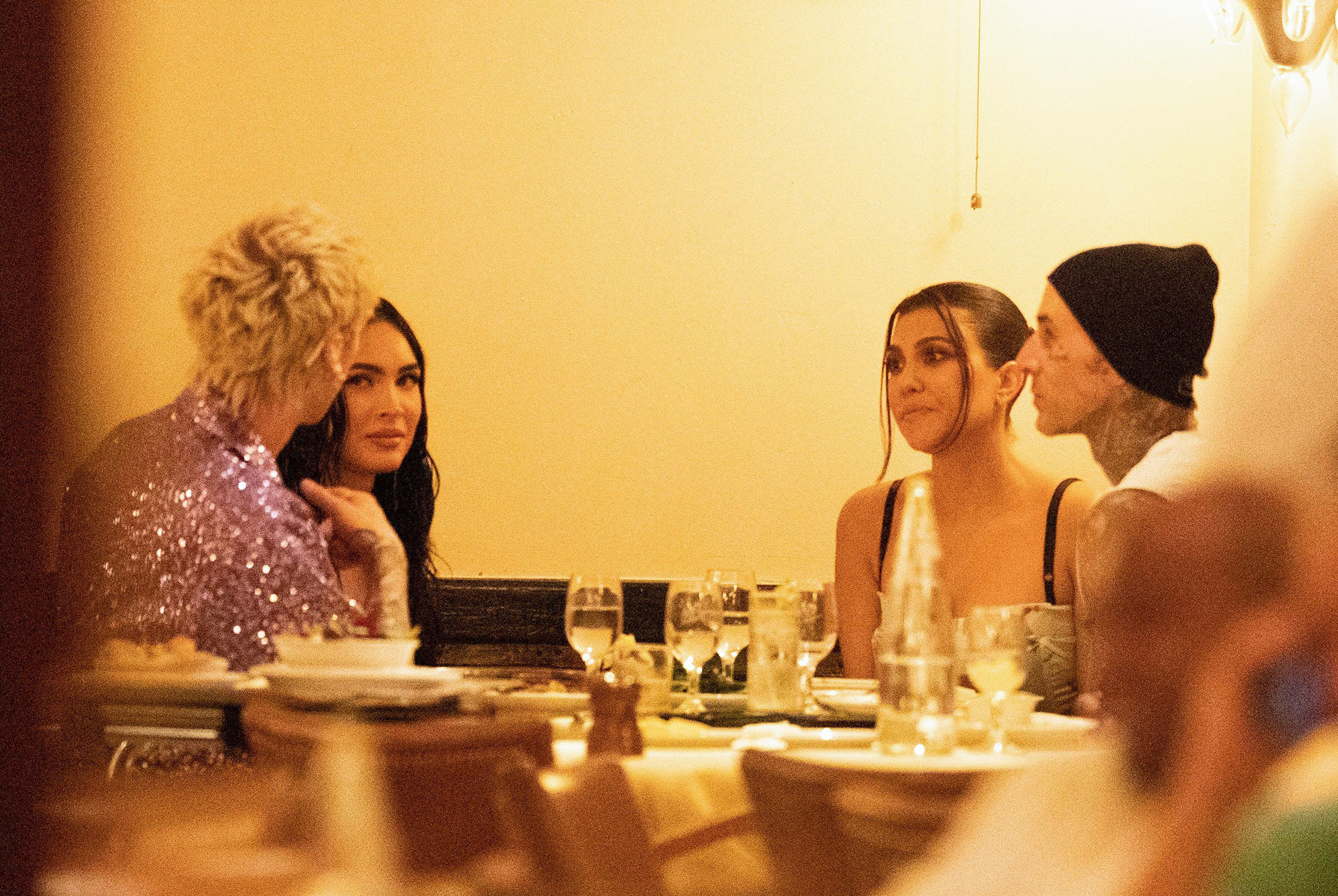 Fox and Kelly met in March of 2020 while filming “Midnight in the Switchgrass” when she was separated from now-ex-husband Brian Austin Green. She and Green, who finalized their divorce in October, share three children together: Noah, 9 Bhodi, 7, and Journey, 5.

This will be Kelly’s first marriage. He has a daughter, Casie, from a previous relationship.