Lawyers have warned Victoria’s proposed sexual consent laws could lead to unintended and unfair consequences, particularly for young people, but advocates say current legislation leaves too much room for interpretation and must be overhauled.

The government has proposed amending the Crimes Act to shift the scrutiny in sexual assault matters from the actions of the victim-survivor and onto those of the accused offender, as part of an affirmative consent model similar to laws that passed the NSW parliament last year. 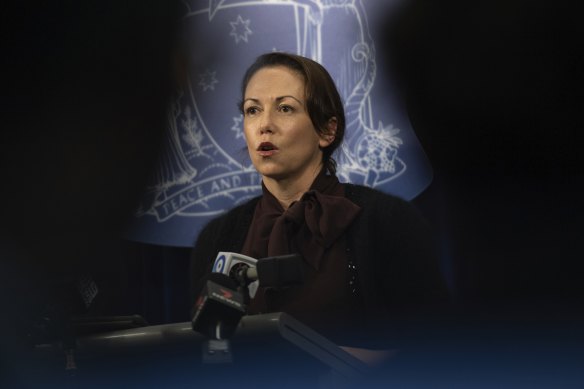 Under the changes, consent can include, but is not limited to, verbally asking and getting a “yes” in response, a physical gesture such as a nod, or reciprocating a move such as removing clothes. The Justice Legislation Amendment (Sexual Offences and Other Matters) Bill was introduced to parliament last week.

The Criminal Bar Association and Law Institute of Victoria said this week some proposed changes to sexual offence laws regarding consent would lead to “unintended and unfair consequences”.

The bar association’s chairman, David Hallowes, SC, said a suite of reforms introduced over the past decade had strengthened the state’s sexual assault laws. Accused offenders, for example, could no longer rely on a complainant’s lack of protest or physical resistance as a reasonable basis for believing the complainant was consenting.

“These amendments will disproportionately affect teenagers and young adults, as they explore their sexuality and relationships and introduce alcohol into their lives,” Hallowes writes in an opinion piece for The Age on Thursday.

“This is not to excuse sexual offending behaviour, but to question whether actions, in nuanced sexual encounters and relationships, ought to be made criminal if prescribed steps are not taken by an accused.”

Australia has been undergoing a reckoning over sexual assault and consent after high-profile cases including that of NSW woman Saxon Mullins.

Sydney man Luke Lazarus was found not guilty of sexual assault on appeal despite a jury and two judges finding that then-18-year-old Mullins had not consented to sex with him in an alleyway behind a Kings Cross nightclub in 2013.

The appeals judge overturned a guilty conviction, finding while Mullins had not consented to having sex, Lazarus had no reasonable basis for believing she had not. 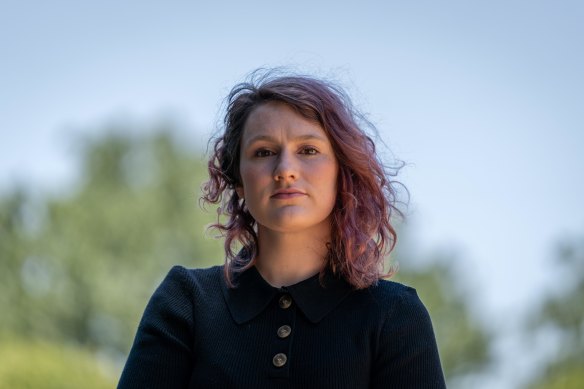 Saxon Mullins is advocating for an affirmative consent model.Credit:

“Lawyers can work in the hypothetical; as a survivor, I work in the reality,” she said. “The laws are not clear, and we need to be clear on what negates consent. It leaves it up to too much interpretation.”

Mullins said amending the laws was only part of wider reforms needed to change attitudes to sexual offending. She said governments must follow legislation up with a years-long strategy that included education to end sexual violence.

It was also a key recommendation from the Victorian Law Reform Commission, which found sexual violence was widespread and under-reported, and victim-survivors needed better protection from trauma when seeking justice.

“The legislation deliberately allows for the courts to consider nuanced situations in addition to the minimum requirement of taking steps to get consent,” Symes said. “It’s the younger generation who’ve made it clear they won’t stand for these archaic ways of victim-blaming any longer – we’ve listened and are driving those reforms for them.”

The Crimes Act defines consent as “free agreement” and sets out a range of scenarios that do not constitute consent. It also states a person’s belief in consent must be reasonable, which includes steps they have taken to find out whether their sexual partner has consented.

“The amendments are not changing very much and what they add doesn’t really clarify things … or make it easier to understand a complicated area,” Wolff said.

“In terms of consent, we need a focus on education rather than more words in a statute. And regarding the new image-based pornography offences, we would be better advised as a society teaching our young … than upping an imprisonment penalty.”

Currently, jurors deliberating on a sexual offence case are directed to look at the circumstances and establish whether they believed the accused took reasonable steps. Burgin said under the new law, the accused must demonstrate what steps they took.

She said while the bill was good, an element of the defence that required the accused to demonstrate they had taken steps at a reasonable time before or during the sexual act could be problematic.

“A five-minute time frame may be determined by a jury to be reasonable, but in our view a lot can happen in that time,” Burgin said.

“These won’t fix the system and they’re not a silver bullet, but it does show the Victorian government is taking positive steps forward. Affirmative consent is not the be all and end all. It’s just the beginning of a road to reform.”

“For years, some have insisted that many sexual assaults are in fact misunderstandings, that many alleged perpetrators are led astray by victims’ mixed messages,” she said. “If you’re uncertain if the other person wants to go ahead, don’t. This clarity should be welcomed by anyone who is not a rape apologist or a rapist.”

The Victorian opposition said it was still consulting stakeholders and would determine its position on the government’s proposed law before it returned to parliament next month.

“The essential nature of positive consent to intimate relationships is not in question,” shadow attorney-general Michael O’Brien said.

“Drafting a workable bill to recognise this in law is more challenging.”