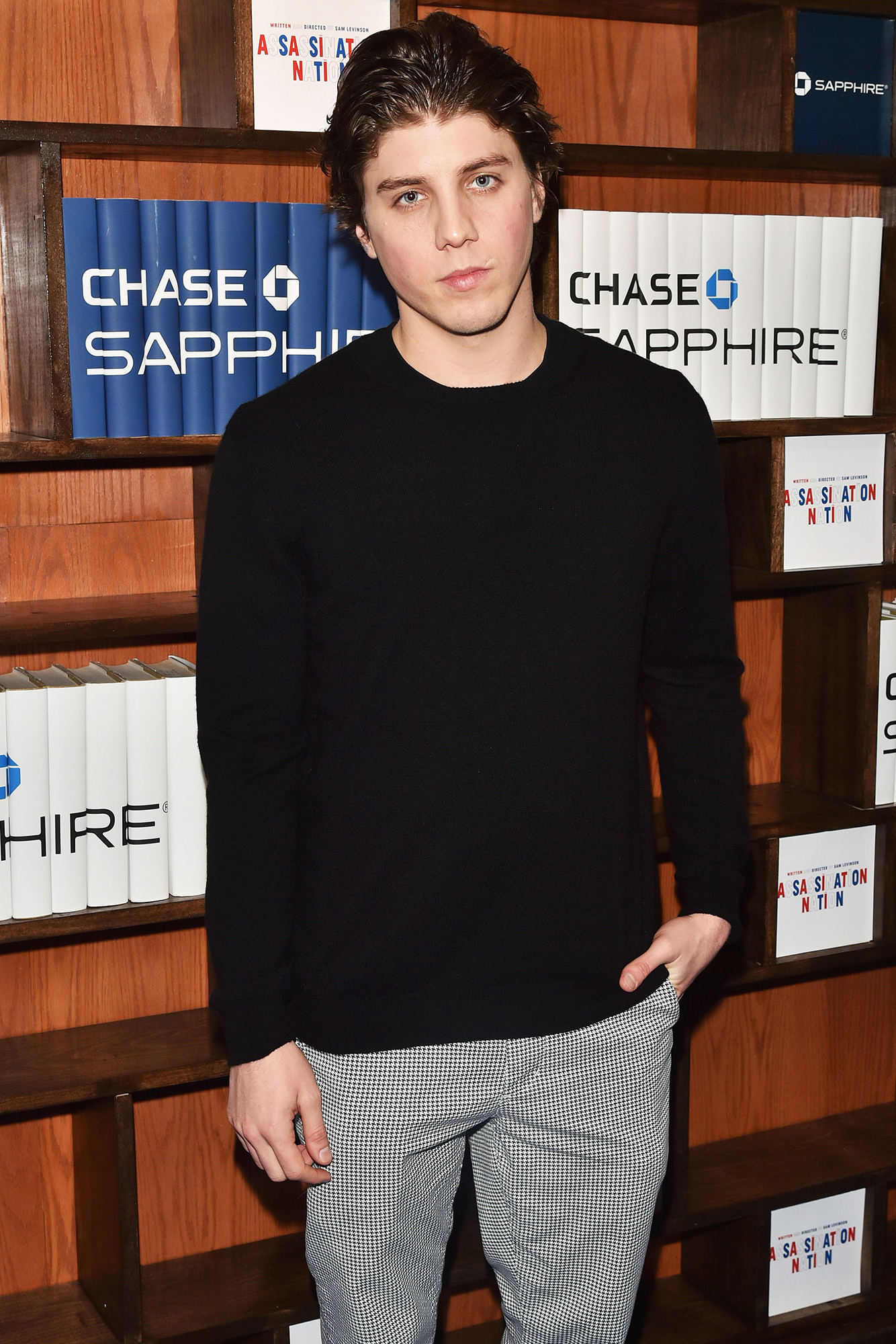 Not having it. Lukas Gage wasn’t pleased when his name was mentioned in a critical post about Hollywood’s pattern of casting heterosexual actors to play LGBTQIA+ characters.

“If Hollywood can stop hiring non LGBTQIA+ actors like @lukasgage to play LGBTQIA+ characters, that would be great,” one Twitter user wrote on Thursday, June 9. “He has played 4 so far. 1 was enough.”

After seeing the tweet, the White Lotus alum, 27, replied, “U don’t know my alphabet.” When the original poster encouraged Gage to “enlighten the whole world” about his sexuality, the Euphoria star wrote, “No,” adding a red heart emoji.

The Angelyne actor has never spoken publicly about his sexuality, but he has played several LGBTQIA+ characters over the years, including Derek on Love, Victor and Logan on Into the Dark. In The White Lotus, his character Dillon’s sexuality wasn’t overtly established, but Dillon eventually got intimate with Armond (Murray Bartlett), his boss at the resort.

Gage later said that Dillon’s graphic sex scene was partially his idea. “In the script, it was sex,” the Supergirl alum recalled during a January appearance on Watch What Happens Live With Andy Cohen. “We’ve seen sex on TV. Let’s have some ass eating.”

Though the Moonshot star hasn’t publicly spoken about his personal life, he’s not the first actor to face criticism for playing LBGTQIA+ characters whose identities seemingly do not align with their own. Last year, Eddie Redmayne admitted that he regrets starring in 2015’s The Danish Girl, in which he played Lili Elbe, a real transgender woman who was an early recipient of gender confirmation surgery.

“I wouldn’t take it on now,” the Oscar winner, 40, told The Sunday Times in November 2021. “I made that film with the best intentions, but I think it was a mistake. … The bigger discussion about the frustrations around casting is because many people don’t have a chair at the table. There must be a leveling, otherwise we are going to carry on having these debates.”

In 2018, Scarlett Johansson famously withdrew from the film Rub & Tug after she faced backlash for signing on to play a transgender man.

“I have great admiration and love for the trans community and am grateful that the conversation regarding inclusivity in Hollywood continues,” the Black Widow star, 37, told Out magazine in a statement at the time. “While I would have loved the opportunity to bring Dante’s story and transition to life, I understand why many feel he should be portrayed by a transgender person, and I am thankful that this casting debate, albeit controversial, has sparked a larger conversation about diversity and representation in film.”