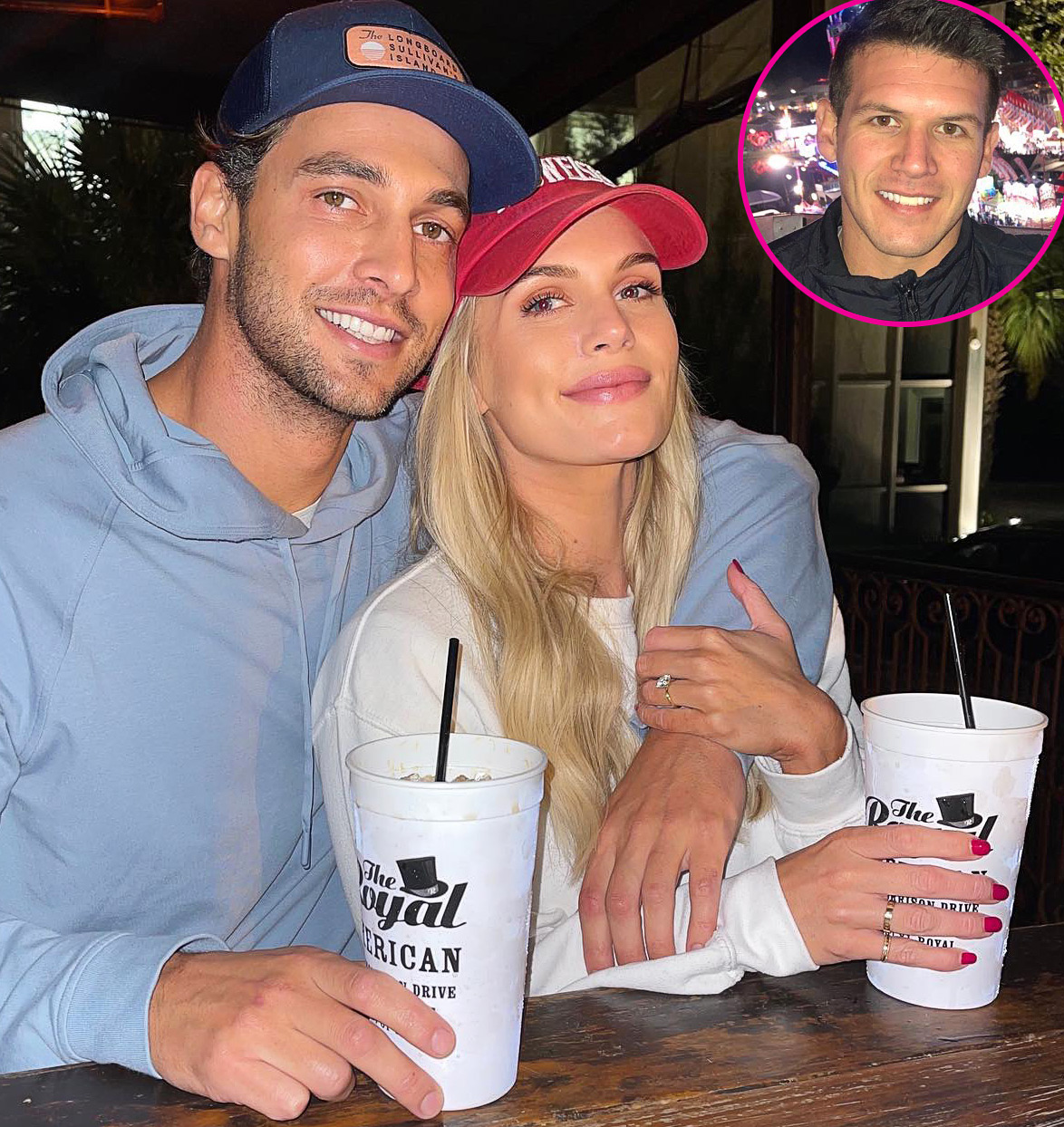 “Josh and I see each other every week. We have joint custody. We are both very hands-on with our son,” the Southern Charm star, 32, exclusively told Us Weekly on Monday, October 31. “My coparenting started off rough but we both sucked it up and made it about Hudson not us.”

LeCroy’s insight comes one day after she showed Hughes, 33, joining her and fiancé Brett Randle to watch her 9-year-old son, Hudson, at his flag football game. “Game day,” she captioned a Saturday, October 29, Instagram Story video from the event. “The husband and the ex-husband.”

According to the hairstylist, Hughes and Randle were able to get to a good place because of their love for Hudson. “Brett and Josh get along better than I could ask for. We are all being adults about the situation and whatever it takes to keep Hudson happy and loved,” she shared with Us. “Josh is happy for me because he can see how much Hudson cares for Brett.”

LeCroy noted she was “never scared” to introduce her ex-husband to her fiancé, adding, “Because I know that [Brett] is a grown man and doesn’t act childish.”

The former couple were married for three years before calling it quits in 2015. “I was 20 when I got married. And I had Hudson when we were 22,” the TV personality explained in an October 2020 episode of Southern Charm. “And we do coparenting, so we’re 50 percent on [and] 50 percent off.”

She added: “It’s been hard being a young single mom. And there have been times where I didn’t have it together. Having Hudson has definitely pushed me to want to be successful. I mean I have a kid, so I don’t have a choice to be lazy.”

Following a tumultuous relationship with costar Austen Kroll — which was captured during seasons 6 and 7 of the hit Bravo series — LeCroy found love with Randle. The pair dated for less than a year before announcing their engagement in October 2021.

Ahead of their upcoming nuptials, LeCroy opened up about her plans for the special day. “Honestly, I’m keeping it intimate, just about family and what it’s really supposed to be about,” she told Us in September, before joking, “Who is to say that I might not have one, two or three weddings — with the same man that is.”

The salon owner also confirmed that her wedding will not be filmed for Bravo. “I’m gonna try to keep the wedding pretty intimate and about family. So, I will be showing some sneak peeks of that, but overall, you’ll just have to wait until after the wedding day,” she shared with Us in February. “The wedding is going to be super small, so therefore I’m not going to be able to invite the whole cast, unfortunately, but it’s OK.”