HL spoke EXCLUSIVELY with ‘Mare of Easttown’ creator Brad Inglesby about the relationship between Kate Winslet and Evan Peters’ characters, getting Kate on board, and more.

Mare of Easttown is a riveting limited series that premieres April 18 on HBO. Ahead of the show’s debut, HollywoodLife spoke with creator, writer, showrunner, and executive producer Brad Ingelsby. The series stars Kate Winslet as Mare Sheehan, a detective in Easttown, Pennsylvania, whose life is disrupted by a murder investigation. A young detective, Colin Zabel (Evan Peters), is brought in to help Mare, so HL asked Brad what to expect from their dynamic.

“It’s a classic sort of odd couple, right?” Brad told HollywoodLife. “Mare is a lone wolf. She likes to travel alone. She takes issue with this guy who’s solved this big case, and he’s being added to her case. [She thinks] he’s going to be the one that pushes this ahead, and he’s going to be the one that does what Mare wasn’t able to do. Mare’s offended by that. She thinks that people should be sticking up for her, and the chief and the force and the people in the community have turned on her. It’s not even Zabel that she doesn’t like, it’s the idea of Zabel that she doesn’t like. When he comes in, there’s nothing he could do or say that’s going to win Mare over because just the appearance of him alone is a jab to her. It’s a gut punch. It’s some acknowledgment that there has been a failure on this case. I think he has a long way to go to sort of win her over, and I think he is aware enough to gradually understand how hard the case has been on her. It’s his acknowledgment of that that eventually starts to crack at Mare’s surface. He’s the one person in the show that actually says I know how hard this case must have been on you, and it’s the first time anyone’s acknowledged that to her. I think that’s sort of the turning point in their relationship. He has to acknowledge that and once he does, Mare doesn’t see him as the enemy but becomes an ally. He has a long road ahead of him with Mare. Anyone that would have to team up with Mare has a long road, but I think he earns her trust. I think their dynamic together is really charming. Evan’s so good in the show. I think it’s a matter of he has to earn her trust. He ultimately does that, in a way, by acknowledging how difficult the case has been.” 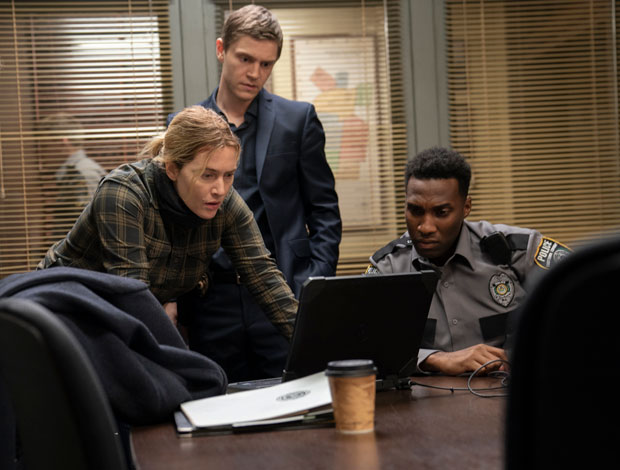 Mare of Easttown is Kate’s first major TV role since Mildred Pierce in 2011. Brad explained why he believes Kate was so drawn to the character of Mare. “I never really write with anybody in mind, just because I’m never naive enough to suspect someone like Kate Winslet would say yes to your project,” Brad continued. “Like, that’s crazy. But as soon as her name was mentioned, obviously, you’re like, that’s a home run swing. But is that even possible? Are we even going to get Kate to read it? It was a little bit of being in the right place at the right time with Kate. I think that she was open to doing TV, and she was really interested in playing a part she had never played before. She has said a number of times how different Mare is just compared to herself. I think she just wanted the challenge of doing something that felt a little bit scary. I think the one thing that Kate connected to in Mare so much was the sense of family. Mare is a grumpy person. She’s stubborn, she’s hard to like at times, but there is this quality in her about wanting to keep the family together at all costs. Sometimes her motives and sometimes her ways of achieving that aren’t legal or are immoral. But there is something admirable about someone who’s aware of how important a family is and will do anything to keep it together. I think that’s what Kate always respected in Mare. For all the differences in them, I think the one thing that she could really connect to with Mare is her desire to have a family. I know how important a family is to Kate. I’ve seen her interact with all the people in her clan, and that’s just a really important character trait I think.”

Brad grew up in Pennsylvania, which is where Mare’s story is set. He revealed the inspiration behind his limited series. “I just really wanted to tell a story about where I grew up,” he said. “Easttown in the show is really a collection of a number of places around where I grew up. It’s not like one place. My grandmother was living in Drexel Hill. My wife grew up in Aston. My dad grew up in Springfield. I wanted to tell a story about a working-class community that depicted them as heroic. I really didn’t want to condescend, I wanted to just portray them in a very honest way. Just drawing from the experiences I had growing up and being around my aunts and uncles and grandparents, I was interested in talking about the rhythms of life where I grew up. Obviously, that’s not very entertaining. If I told a story about my life, no one would watch it. So it’s like, well, what can be the entertainment value and what will get people to watch the show? So it was, of course, having a mystery element as a way to draw the audience into the story. There is a mystery element, and it’s engaging, but it’s really a drama.” 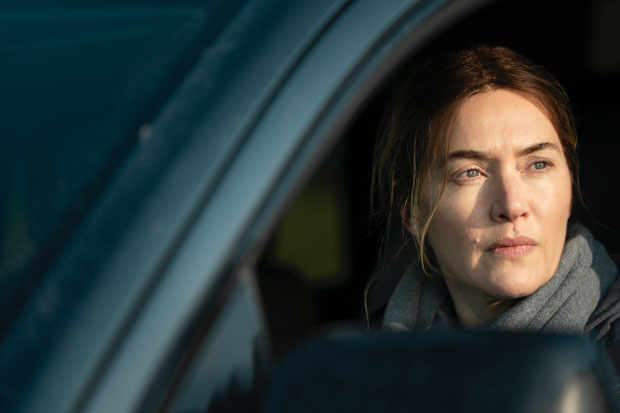 He also opened up about exploring the many facets of Mare. Over the course of the series, this “facade” that Mare has established in Easttown will begin to break down. “I had this idea about Mare, the character, and she’s kind of the only detective in a small town,” Brad told HollywoodLife. “She’s grown up here, she’s raising her own children here, and she’s intimately connected to everyone in the town. I was just interested in that idea, a detective whose personal life and professional life are sort of intertwined in this community. And then a case that we arrive on in the show that gets really messy. Now, we’ve seen this before a lot of times. I think what was interesting to me about Mare is that she was the hero and has brought some measure of glory to the town that’s short on victories, and now that community that had embraced her as a kid really is starting to turn on her. It’s a moment in her life where she has to come to terms with what the future is going to hold in her life, right? For a while in her life, she’d been able to maintain a facade of having it all together. But when we arrive at the beginning of the story, we realize that she actually has nothing together. She’s been trying to maintain a facade that’s starting to crumble, and it’s really a story about how is she going to manage or not manage her life. How she can address the things that she’s been avoiding in her life?” Mare of Easttown airs Sundays at 10 p.m. ET on HBO.