Massive marine parks have been declared in Australia’s Indian Ocean Territories but experts warn the devil will be in the detail of how much of the park is zoned for strong conservation protections from fishing, development and petroleum development. 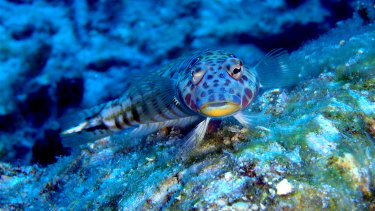 The Spothead Grubfish is found in Indian Ocean waters which will be covered by the new marine parks declared by the federal government.  Credit:Parks Australia.

“This is an international marine treasure on Australia’s doorstep, one that is from a scientific perspective relatively undisturbed and undiscovered,” said Environment Minister Sussan Ley.

“The Christmas and Cocos Islands boast some of the most fascinating and unique ecosystems on earth and this is about extending that protection to the surrounding waters of the Indian Ocean,” Ms Ley said.

“We know that this is a critical area for spawning blue fin tuna and, while we are yet to unlock its many other secrets, it is important that we protect the ocean’s unique habitats and the species that rely on them.”

The academic study ‘Reinventing Residual Reserves’, published in 2015 in the Aquatic Conservation journal, said despite the coverage of marine parks the lack of zoning to prohibit activities like commercial fishing and the offshore oil and gas meant it was “business as usual” for much extractive industry.

“For Australia there is no evidence that more threatened biodiversity features (such as shallow-water corals, fishing grounds and the coastline) have been given precedence, and strong evidence for the opposite pattern,” the article said. “More direct evidence relates to biases away from areas valuable for commercial fishing and extraction of oil and gas.”

The federal government is consulting with local communities and the fishing industry over zoning in the parks.

Michelle Grady, director of the environmental campaign organisation Pew Charitable Trusts, said the marine parks are of “global significance and a huge step forward towards protecting our national marine treasures”.

“Establishing marine parks to provide a safe haven for our marine life is critical in helping stop our oceans reaching a tipping point,” he said.