Matt Baker to show off his gymnastics skills in panto performance

The Countryfile presenter has spent the summer at the family farm honing his skills on a unicycle, doing back flips, and walking on a wire. 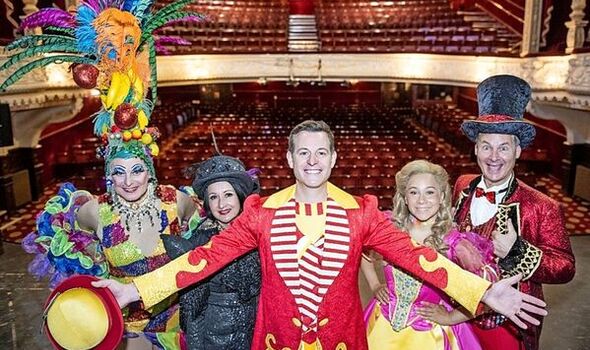 But Matt, 44, admits his fondness for madcap antics prompted his worried wife and children to tell him to slow down and take it a bit easier.

Fortunately the former gymnastics champion will soon have more than just his family to watch him when he shows off his circus skills in a production of Goldilocks and the Three Bears over Christmas.

After starting out presenting on Blue Peter, then The One Show, Matt quickly became one of the most sought after presenters. His stint on Strictly in 2010 alongside pro Aliona Vilani continued to cement his place as a primetime favourite.

When his mum Janice was injured after being trampled by sheep, it meant he had to spend more time looking after the farm in County Durham.

So he turned his hand to producing his own shows. He now takes centre stage alongside his family in Matt Baker: Our Farm in the Dales on Channel 4.

For Matt, who credits the challenge of Strictly with making him better at his job, performing as Joey the clown at London’s Richmond Theatre will be his second panto stint. 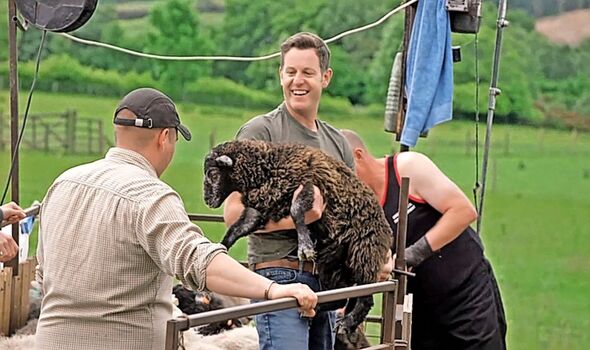 “The last one was three years ago and it was Goldilocks at the Palladium. I had such a great time,” Matt said.

“It’s all this wonderful stuff, because I walk a tightrope. I was a British champion gymnast when I was younger, so all the acrobatic stuff is something I’ve always loved.

“And when I was a young lad, actually instead of asking for a mountain bike for Christmas I asked for a unicycle.

“So I was lucky Santa brought me one. It will be quite intense. I’m looking forward to getting fit for it, to be honest with you.”

He added: “It’s quite a good excuse for a 44-year-old man to be riding a unicycle and tightrope walking.”

Matt has even got wife Nicola and children Luke, 13, and Molly, 11, involved.

“We’ve got a tightrope in the garden, so they walk it as well,” he said. “My wife too, without question, will have a go on the tightrope.” But it’s not without its challenges, admitted Matt.

“As I get older I injure myself more,” he said. “I still think I’m like a teenager and I’m always putting my back out.

It was this have-a-go mentality that saw him become a runner-up on Strictly.

“It’s hard to believe it was 12 years ago,” said Matt. “We watch as a family and you hear that music, and it’s like you’re there. You never lose it.”