Meghan Markle married Prince Harry in May 2018, making her the first person of mixed heritage to marry into the Royal Family.

And according to a royal expert this won’t be the only first for the Duchess of Sussex.

A women’s mentor claims the former-actress will be the first British royal to breastfeed in public.

Women’s mentor and clinical hypnotherapist Catherine Raincock made a number of predictions as to how the Duchess of Sussex, Meghan Markle, will handle motherhood.

She claimed Meghan is likely to breastfeed in public, something a royal has never done before.

Catherine told Express.co.uk exclusively: “In line with the earth mother approach, I have a feeling that Meghan will do her best to choose breast.”

What is more, she claimed that the Duchess of Sussex would inspire many making such a bold decision.

“Imagine the gasps of relief from mothers across the globe when Meghan breastfeeds her baby, dare I say, in public.

“Fellow royals may gasp in horror but wouldn’t this be the green light for women to finally be proud of the most natural method of feeding their young?”

She predicted Meghan would “step out and break royal protocol and embrace the bottle-less approach to feeding. “Apart from increased immunity, lower risks of obesity and other future diseases this method creates a natural bond and ultimately a sense of security and confidence with both mum and child.”

In fact, it was claimed Kate Middleton was determined to feed her children herself.

Emily Andrews, royal correspondent for the Sun, said: “Kate was determined to breastfeed and did for both George and Charlotte, so I’d expect her to do the same with her new son. 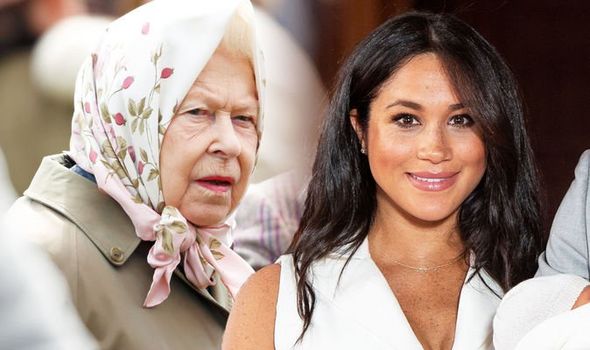 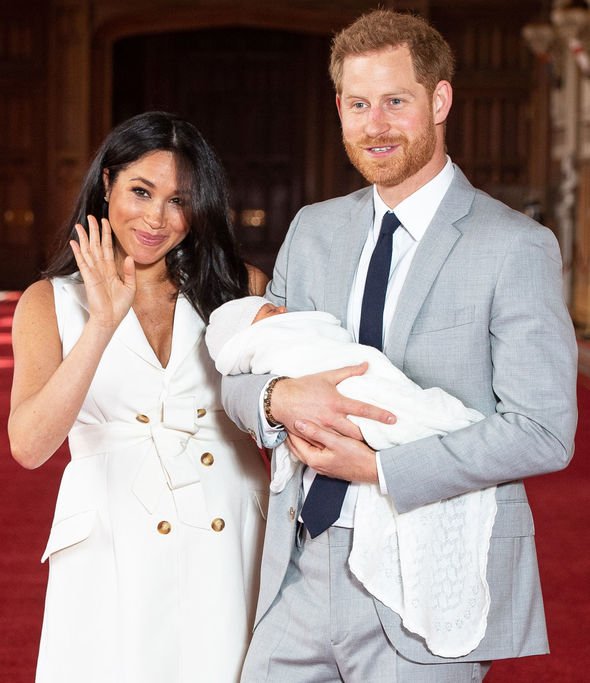 “However, like a lot of mums she didn’t find it easy first time round. George was her first and he was a hungry baby.

“I think she struggled a little at first with the breastfeeding, as we all do, but persevered.”

Breastfeeding is common practise. The NHS said: “In the UK, more than 73 per cent of mothers start breastfeeding.”

Catherine added that she foresees Meghan breastfeeding into the child’s toddler years.

“It wouldn’t surprise me if Meghan is seen feeding like this beyond a year if not two,” she said. 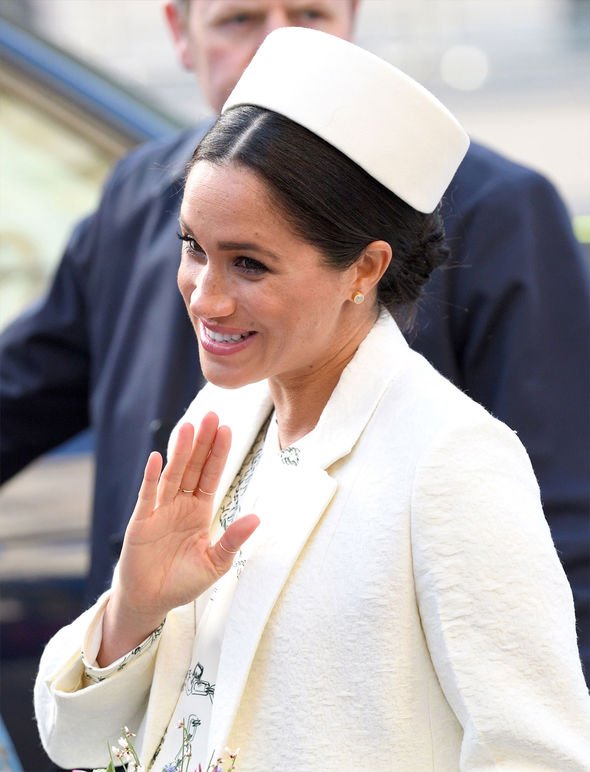 Breastfeeding to three and four years of age has been common in much of the world until recently in human history, and it is still common in many societies for toddlers to breastfeed.

“Now this really would break the palace norm! Nevertheless if breast doesn’t prove to be the most suitable method, she may well be a spokes woman for support those mums that have struggled with the natural method, despite the desire to.”

What is the meaning of Meghan Markle’s baby name?

The name, Harrison, is a common surname which literally means “son of Harry” or “son of Henry” and originated for that reason.

It can be spelt as “Harrison”, “Harrison” or “Harryson” but the royal couple seem to have opted for the most common spelling.

Who is Meghan Markle? Quick profile

Her father was previously married to Roslyn Loveless and Meghan has two elder half sibling – sister Samantha Markle and brother Thomas Markle Junior.

Meghan’s first television appearance in the USA was in an episode of the medical drama General Hospital in 2002.

She later moved on to roles in CSI, Without a Trace and Castle along with bit parts in Hollywood films including Get Him to the Greek, Remember Me and Horrible Bosses.

Meghan was also a “briefcase girl” on Deal or No Deal – but her most famous role was as Rachel Zane in legal drama Suits, which launched in 2011.

She was written out in the finale of the seventh series when her character got married, which aired in April 2018 – just before she got married herself.

Meghan Markle’s career in television has gone hand-in-hand with her support for causes close to her heart.

She wrote about the stigma around menstrual health in an article for Time magazine and was a Global Ambassador for World Vision Canada – with whom she travelled to Rwanda for the charity’s Clean Water Campaign.

And her commitment to gender equality has seen her work with the United Nations – receiving a standing ovation in 2015 for her speech to mark International Women’s Day.

In September 2011, she wed film producer Trevor Engelson, who she began dating in 2004.

She was in a relationship with celebrity chef Cory Vitiello for almost two years, before they broke it off in 2016 but the two remain good friends.

And in June 2016, she met Prince Harry on a blind date set up by a mutual friend.

Their relationship began in October that year and just over one year later, on November 27, 2017, the pair announced their engagement.

Some have claimed Meghan Markle is the first mixed-race member of the Royal Family.

Historians are still arguing about Queen Charlotte, the wife of King George III.

But Meghan will be the first royal to openly embrace a mixed-race heritage.

She has written about the difficulties of being a biracial actress in Hollywood as she claims she is not black enough for some roles and not white enough for others.