Victoria’s conservation watchdog is seeking information about two men who were filmed allegedly illegally killing wildlife, including the endangered powerful owl, in a state forest near Melbourne.

On Thursday, February 11 the first man, aged in his late twenties to early thirties, was recorded on a camera that a community member had set up at Paul’s Range State Forest, about 50 kilometres north-east of Melbourne.

He carried a rifle and two dead birds, believed to be a large parrot and a powerful owl, Australia’s largest owl species. 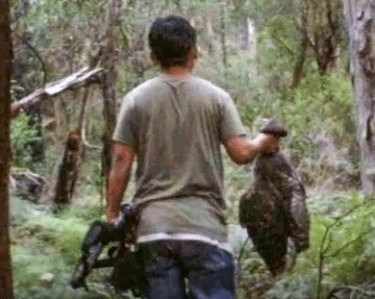 A week later, on Thursday, February 18, a man aged in his forties or fifties was recorded at the same location, carrying a rifle and black backpack.

Office of the Conservation Regulator spokesperson Greg Chant said a member of the public alerted the watchdog after they saw footage on a game camera they had set up at Paul’s Range.

Community members, often those who legally hunt deer, sometimes use temporary cameras to monitor wildlife and work out the patterns of what is present in an area, Mr Chant said. 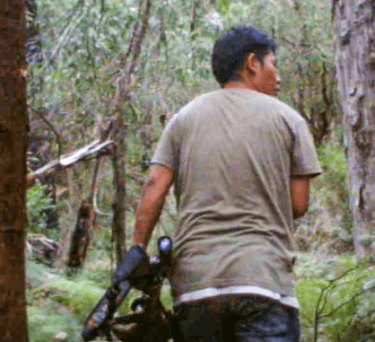 The second image of the man, aged in his late 20s to early thirties.

But it was very unusual for people to illegally kill native birds like powerful owls, he said.

“I was saddened and a bit surprised because we don’t often come across this type of offence,” Mr Chant said.

“The disturbing thing is that powerful owls are monogamous and they breed for life. This means there is now another owl out there without a mate. 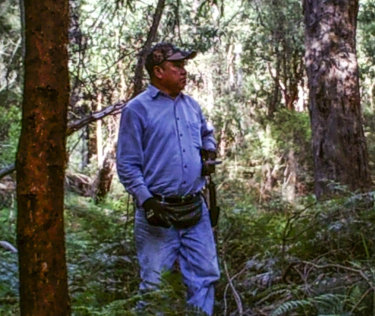 “A lot of people hold powerful owls very close to their hearts so I’m curious to know what is driving this activity, and we want to stop it.”

Last year state Environment Minister Lily D’Ambrosio announced the native wildlife protection laws would be reviewed amid concerns over the deaths of more than 400 wedge-tailed eagles in East Gippsland.

The act, which dates from 1975 and has never been reformed, will be modernised, including updates to penalties, the minister said. 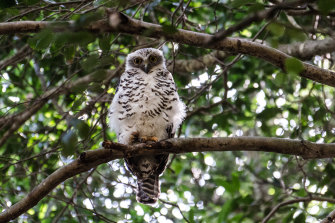 The powerful owl is the largest owl in Australia.

In 2018, farm worker Murray James Silvester was jailed for two weeks and fined $2500 for injecting insecticide into lamb carcasses and poisoning 406 of the birds on properties at Tubbut, East Gippsland.

Powerful owls are native to the damp forests of eastern Australia. An apex predator, they feed mainly on small mammals like possums. With expanding populations of possums in urban areas, they are increasingly recorded in the suburbs.

These owls live permanently in breeding pairs once in adulthood.