MGK Is More of a 'Bridezilla' Than Megan Fox, 'Taurus' Director Says 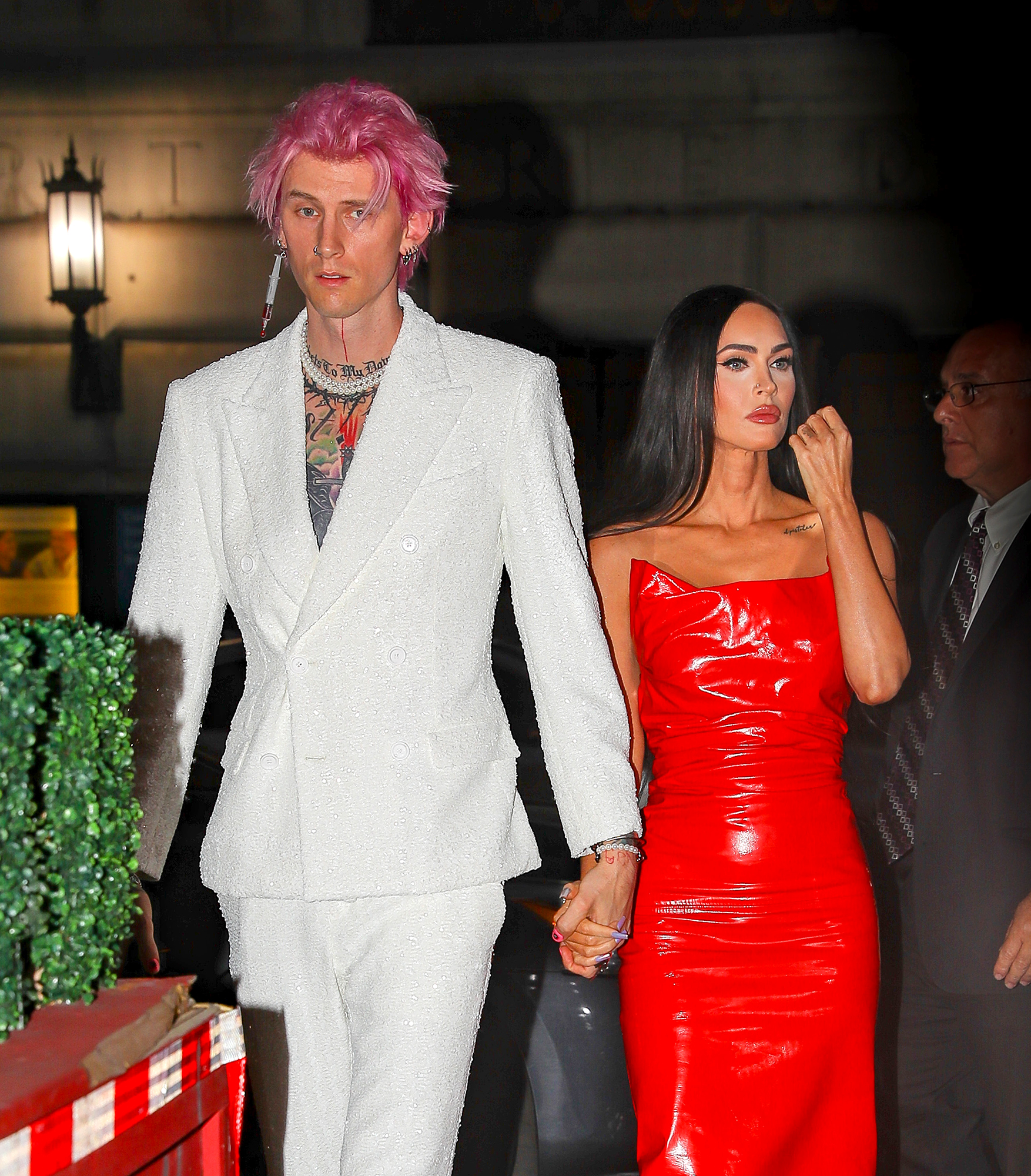 Knowing what he wants! While working with Machine Gun Kelly and Megan Fox, Tim Sutton discovered an interesting detail about the couple ahead of their upcoming nuptials.

“Supposedly [Machine Gun Kelly is a] bridezilla more than she is because she’s been through it before,” the director exclusively told Us Weekly at the Taurus premiere at the Tribeca Film Festival on Thursday, June 9. “Their every move is recorded and I made it my space to, like, work with them dramatically, answer questions, be there if they needed, but to give them their space.”

According to Sutton, getting Fox, 36, involved in the film as Kelly’s ex-girlfriend required taking inspiration from their lives. “I knew from the outset that the ex had to be Megan because we were going for this real meta world. If you have some great actress playing Megan Fox, it doesn’t make any sense,” he shared. “But she was up for it because she knew how important the film was to [real name] Colson [Baker].”

Kelly’s costar Naomi Wild also opened up about how the dynamic between the couple made sense off screen. “I know Colson so well and he is so down to earth that I was like, ‘He’s not going to be with someone who’s not like-minded,’” the actress told Us. “So, when I met [Megan], I was like ‘Oh of course, I get it.’ She’s amazing and she is so down to earth.”

After the movie screening on Thursday, Kelly, 32, revealed how his new project has been helping him work through personal trauma.

“Because of the way that I grew up, I kind of push away everybody and every situation that has a positive outcome because I just kind of perceive myself as unworthy or low or undeserving and that’s been implemented since childhood. I’m learning a lot more about my childhood now and why I’m made like that,” the actor detailed during the panel. “I have a real problem accepting happiness and it’s healthy watching it on screen to remind yourself like, ‘OK yeah you don’t want to end up like that guy.’ I always have a weird way of writing things on paper that come true.”

Hottest Couples Who Fell in Love on Set

The Transformers star, who joined her fiancé at the event, offered him some meaningful words of support. “You can’t receive the gifts that God’s trying to give you if your hands are closed. You have to open your hands,” she noted while on stage after the screening in Beacon Theatre. 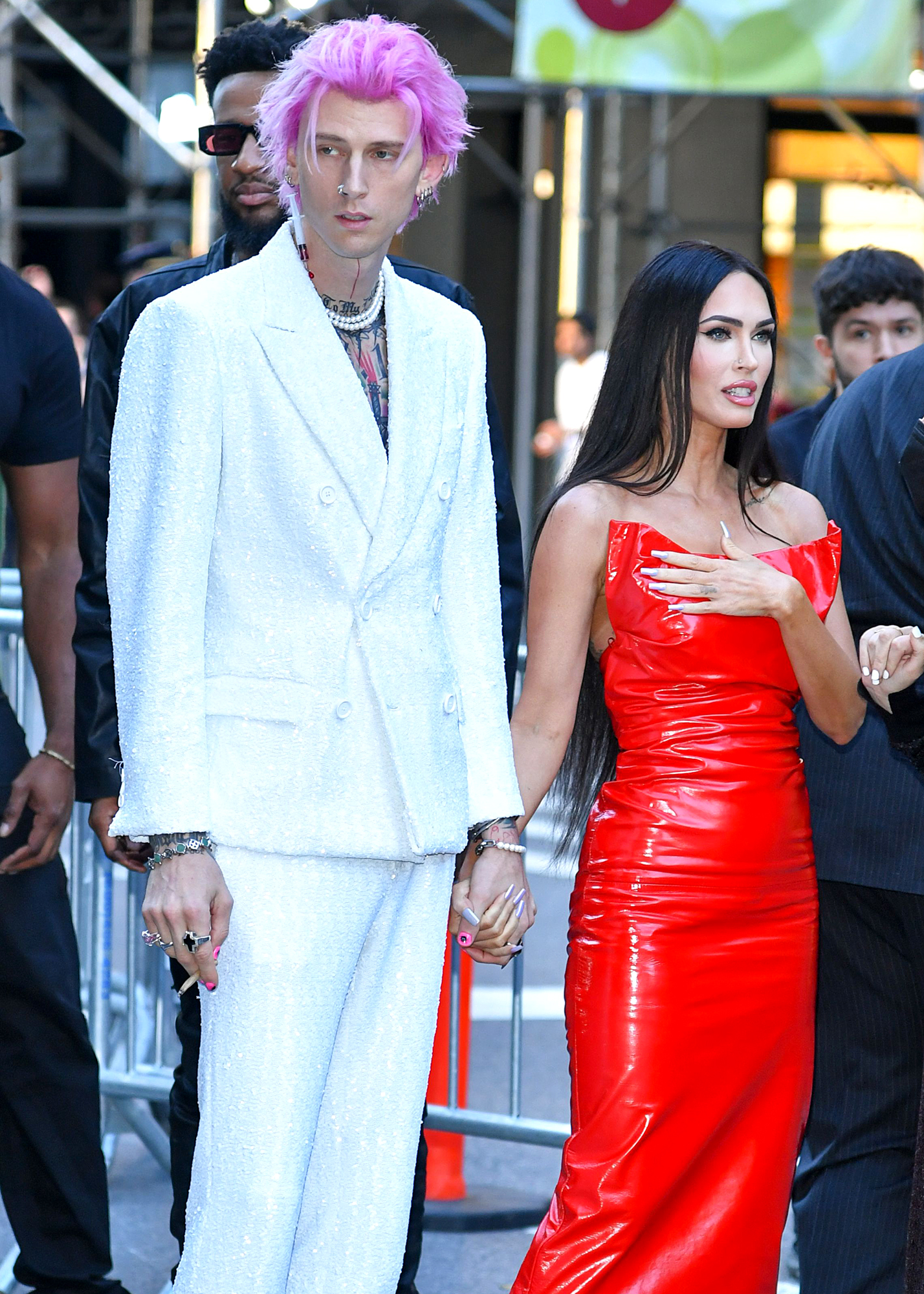 The pair sparked romance rumors after they worked together on Midnight in the Switchgrass in 2020. After Kelly and Fox were spotted spending time together, Brian Austin Green announced his split from the Jennifer’s Body star following 10 years of marriage.

“Neither one of us did anything to each other,” Green, 48, who is now dating Sharna Burgess, said during his “… With Brian Austin Green” podcast in May 2020. “She’s always been honest with me and I’ve always been honest with her. And I know she will always love me and I know as far as a family, what we have built is really cool and really special. So we decided let’s make sure we don’t lose that. That no matter what we’re always friends with each other and we’re a united front with the kids.”

Fox and Kelly eventually got engaged after less than two years of dating. “In July of 2020 we sat under this banyan tree. We asked for magic,” the Tennessee native, who shares sons, Noah, 9, Bodhi, 7, and Journey, 5, with Green, captioned an Instagram video of the proposal in January. “We were oblivious to the pain we would face together in such a short, frenetic period of time. Unaware of the work and sacrifices the relationship would require from us but intoxicated off of the love. And the karma.”

She added: “Somehow a year and a half later, having walked through hell together, and having laughed more than I ever imagined possible, he asked me to marry him. And just as in every lifetime before this one, and as in every lifetime that will follow it, I said yes. …and then we drank each other’s blood 1.11.22.”

Green, for his part is currently expecting a baby boy with Burgess, 36. He’s also dad to son Kassius, 19, with ex-fiancée Vanessa Marcil.