Shortly after Meghan Markle and Prince Harry welcomed a baby boy on Monday, May 6, the congratulatory messages are started to trickle in from across the pond. Just hours after the news first broke that the Duke and Duchess of Sussex were now the proud parents of a mini royal, former First Lady Michelle Obama took to Twitter to send the couple her well wishes. It’s no secret that she and her husband, former POTUS Barack Obama, have cemented their friendship with the royal couple, and Michelle Obama’s message about Meghan Markle and Prince Harry’s new baby references a future hangout with the young prince. You know, super casual.

Just in case you missed all the news stories heralding the royal’s long-awaited arrival at 5:26 a.m. in Windsor, England, the royals released an official statement about the birth, saying that Markle and her son were both "doing well" while proud dad Prince Harry couldn’t help but gush at the news.

"I’m very excited to announce that Meghan and myself had a baby boy earlier this morning," the visibly excited Duke of Sussex told a reporter, according to a Twitter video from Sky News. "A very healthy boy. Mother and baby are doing incredibly well. It’s been the most amazing experience I could ever have possibly imagined. How any woman does what they do is beyond comprehension."

Congratulatory messages flooded in from all over the globe, and the former first lady took to Twitter to share a sweet and personal note for the new parents. Alongside a repost of the the Royal Family’s Twitter account statement, which read, "Her Royal Highness The Duchess of Sussex was safely delivered of a son at 0526hrs. The baby weighs 7lbs 3oz and The Duke of Sussex was present for the birth," Obama directly addressed the couple on behalf of her and her husband.

"Congratulations, Meghan and Harry! Barack and I are so thrilled for both of you and can’t wait to meet him," she wrote, adding the hashtag #RoyalBaby.

It’s no secret that the Obamas are pretty tight with the Duke and Duchess of Sussex, and their relationship goes way back. The former first couple, who were originally rumored to be on the invite list for the royals’ much-hyped nuptials, have previously gotten dinner with Prince Harry and stepped out alongside him for various charity events. Back in December, Michelle appeared to solidify a friendship with the one-time Suits star after a secret hangout in London. 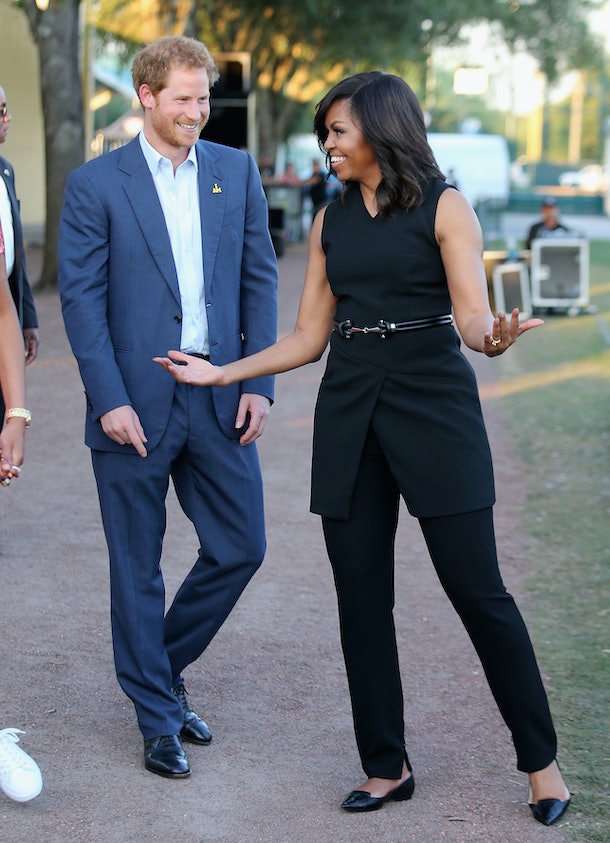 A source told the Evening Standard about the pair’s alleged rendezvous, "They spoke at length about the importance of supporting and empowering women across all cultures and communities."

She added, "They also talked about shared experiences of pregnancy and raising children, plus shared causes including girls’ education."

In addition to sharing an interest in empowering women, both Michelle Obama and Meghan Markle are alike in that they were both thrust into the political spotlight and faced public scrutiny after marrying Barack Obama and Prince Harry.

"Like me, Meghan probably never dreamt that she’d have a life like this, and the pressure you feel—from yourself and from others—can sometimes feel like a lot," Obama previously said in a March 2018 interview with Good Housekeeping. "So my biggest piece of advice would be to take some time and don’t be in a hurry to do anything."

She continued, "What I’d say is that there’s so much opportunity to do good with a platform like that – and I think Meghan can maximize her impact for others, as well her own happiness, if she’s doing something that resonates with her personally." 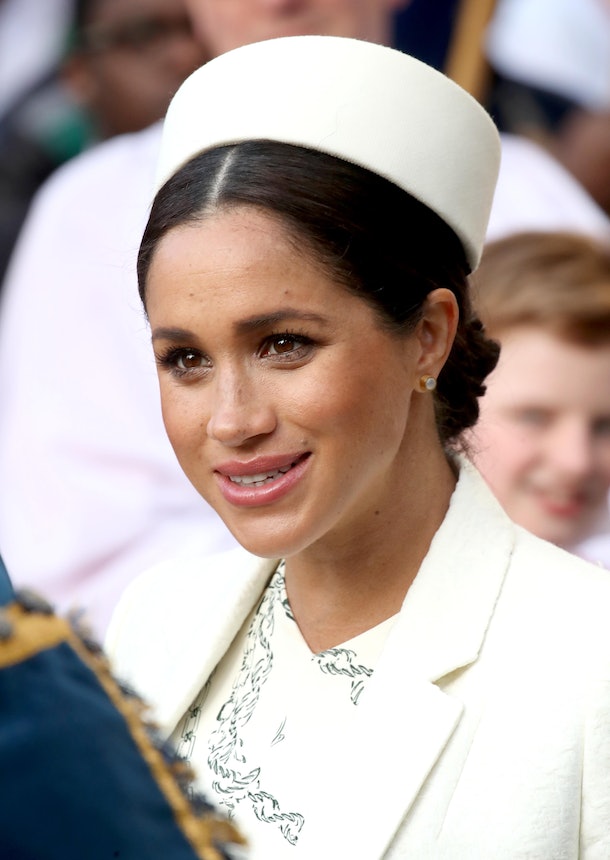 From the sounds of things, it looks like the two women definitely hit it off, and I wouldn’t be surprised if the Obamas will be heading to the Duke and Duchess of Sussex’s residence at Frogmore Cottage sometime in the near future to discuss their shared philanthropy goals and, of course, get introduced to baby Sussex. They might live on opposite sides of the Atlantic, but I’m definitely shipping this friendship.