Jennifer Bell, from Milngavie in East Dunbartonshire, Scotland, who was diagnosed with the uncommon condition that affects the brain and nerves in March 2019, passed away peacefully in the early hours on Christmas Eve.

The mother-of-two – who leaves behind daughters Georgia, nine, and one-year-old Kacey – was given months to live when she was diagnosed with motor neurone disease (MND) before the age of 30, the Daily Record reported.

In a heartbreaking tribute, her dad David Bell said: ‘With a very heavy heart, my beautiful daughter Jennifer passed peacefully in the early hours of this morning.’ 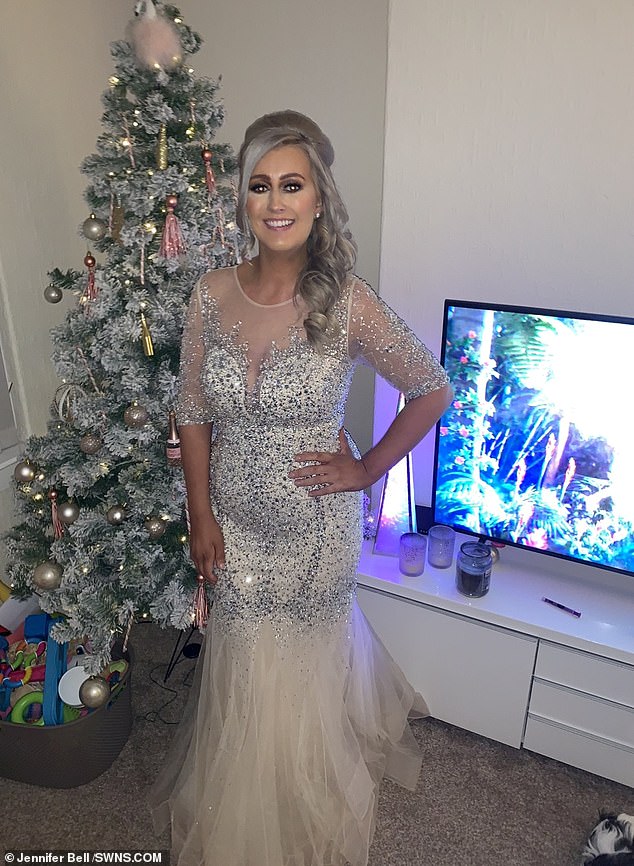 Jennifer Bell (pictured), from Milngavie in East Dunbartonshire, Scotland, who was diagnosed with motor neurone disease in March 2019, tragically passed away peacefully on Christmas Eve 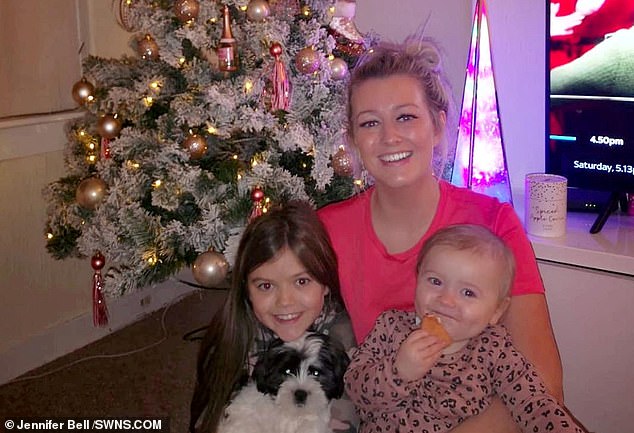 The mother-of-two leaves behind the two daughters, Georgia, nine, and one-year-old Kacey (pictured)

The mother-of-two was given just months to live after doctors mistook her slurred speech for pregnancy hormones.

Jennifer was in her third year studying for a degree in learning disability nursing when she began to notice problems with her speech.

Doctors initially told the single mother that her slur was being caused by hormones from her second pregnancy with daughter Kacey.

Jennifer, who is also mother to Georgia, previously urged people ‘not to take life for granted because tomorrow is never guaranteed’ in an emotional open letter. 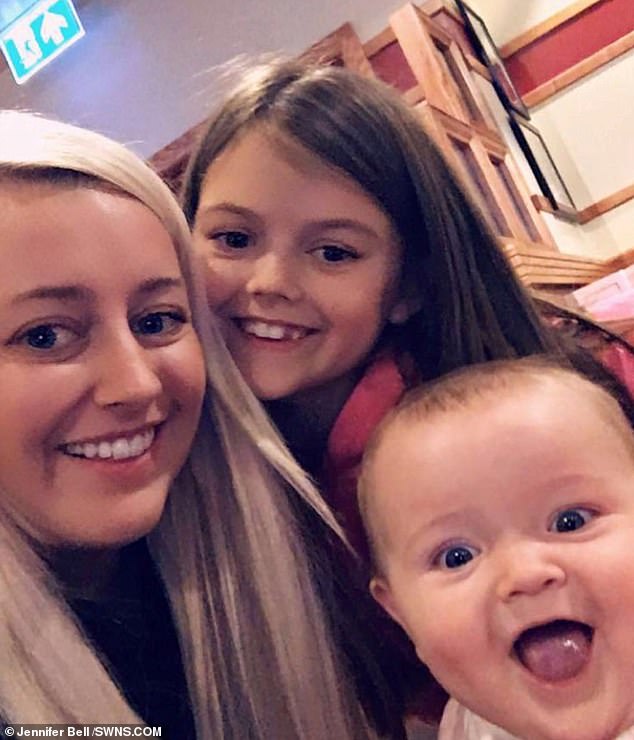 Jennifer was given months to live when she was diagnosed with motor neurone disease (MND) before the age of 30. Pictured, with daughter Georgia and baby Kacey 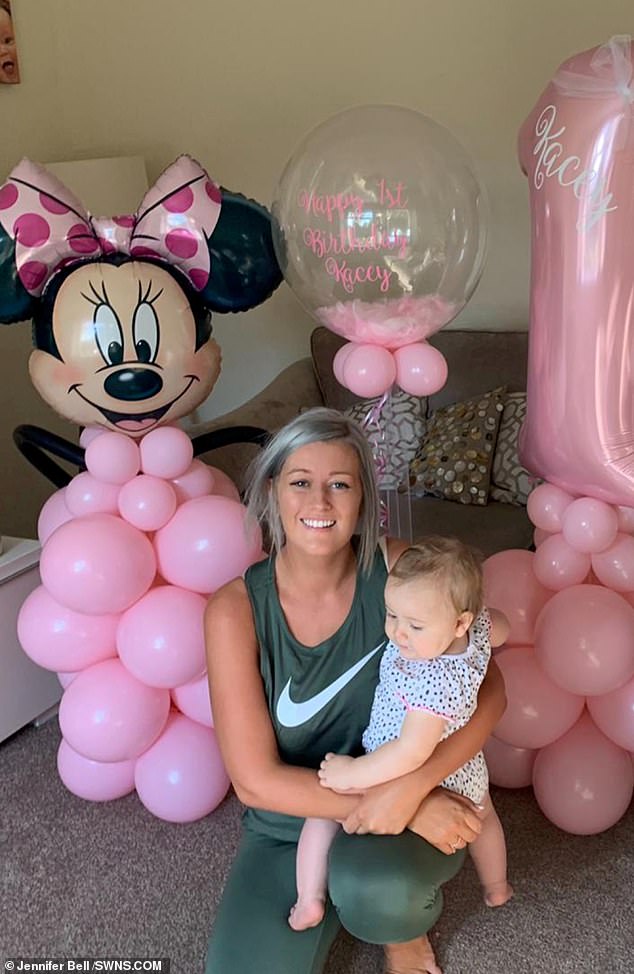 Jennifer was in her third year studying for a degree in learning disability nursing when she began to notice problems with her speech. Pictured, holding baby Kacey 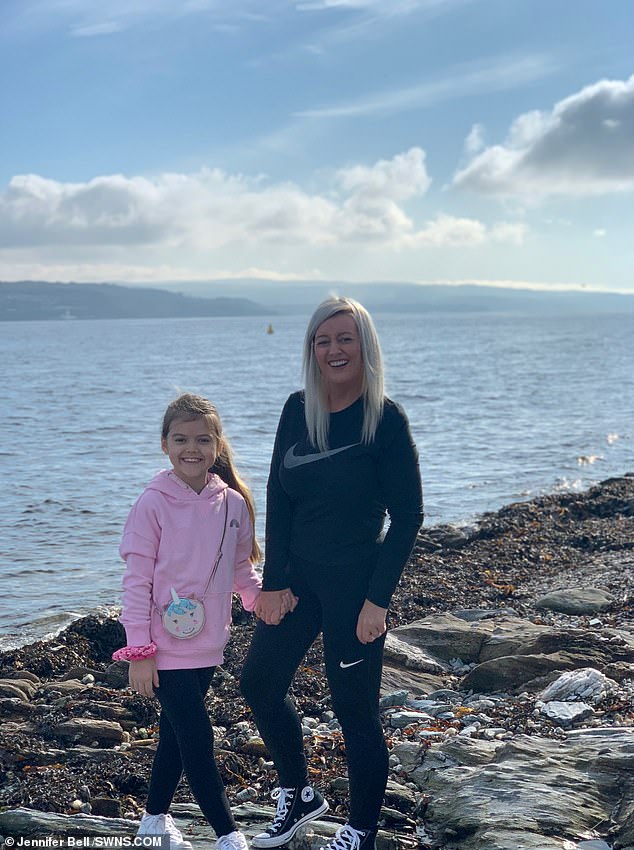 Doctors initially told the single mother that her slur was being caused by hormones from her second pregnancy with daughter Kacey. Pictured, with daughter Georgia 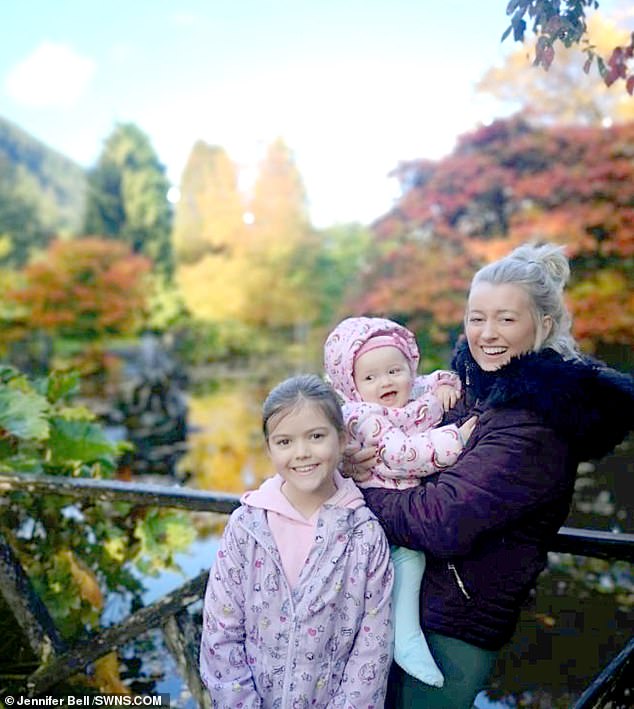 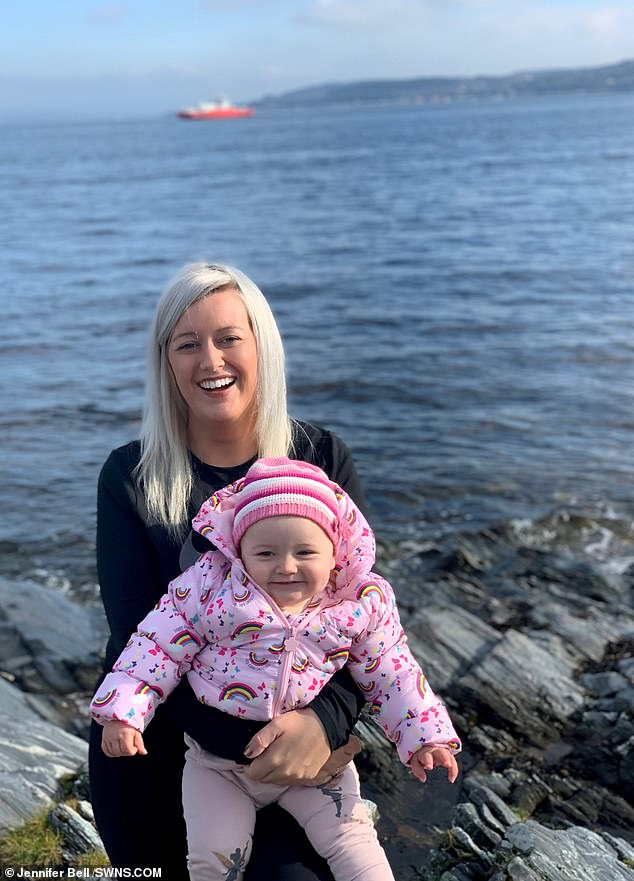 Jennifer gave birth to her second baby, Kacey (pictured), but still went back to university after taking just two weeks off

After giving birth to her first daughter aged 20, Jennifer juggled childcare, university and studying – along with a part time job and a university placement.

She gave birth to her second baby, Kacey, but still went back to university after taking just two weeks off.

But just as she thought her life was about to ‘finally be easier’ as she neared the end of her final year of studying, she was diagnosed with MND.

Despite being told by doctors she would only have a matter of months to live, she was determined to fight on – and exceeded expectations.

There is no cure for MND and the disease is fatal, however the disease progresses at different speeds in patients.

People with MND are expected to live two to five years after the symptoms first manifest, although 10 per cent of sufferers live at least 10 years.

The NHS describes motor neurone disease (MND) as: ‘An uncommon condition that affects the brain and nerves. It causes weakness that gets worse over time.’

It was first discovered in 1865 by a French neurologist, Jean-Martin Charcot, hence why MND is sometimes known as Charcot’s disease.

However, according to Oxford University Hospitals: ‘Nearly 90 per cent of patients with MND have the mixed ALS form of the disease, so that the terms MND and ALS are commonly used to mean the same thing.’

Slurred speech is an early symptom and may later worsen to include difficulty swallowing food.

Muscle cramps or twitches are also a symptom, as is weight loss due to leg and arm muscles growing thinner over time.

MND is difficult to diagnose in its early stages because several conditions may cause similar symptoms. There is also no one test used to ascertain its presence.

However, the disease is usually diagnosed through a process of exclusion, whereby diseases that manifest similar symptoms to ALS are excluded.

The NHS says that MND is an ‘uncommon condition’ that predominantly affects older people. However, it caveats that it can affect adults of any age.

The NHS says that, as of yet, ‘it is not yet known why’ the disease happens. The ALS Association says that MND occurs throughout the world ‘with no racial, ethnic or socioeconomic boundaries and can affect anyone’.

It says that war veterans are twice as likely to develop ALS and that men are 20 per cent more likely to get it.

Lou Gehrig was one of baseball’s preeminent stars while playing for the Yankees between 1923 and 1939. Known as ‘The Iron Horse,’ he played in 2,130 consecutive games before ALS forced him to retire. The record was broken by Cal Ripken Jr. in 1995

As well as being known as ALS and Charcot’s disease, MND is frequently referred to as Lou Gehrig’s disease.

Lou Gehrig was a hugely popular baseball player, who played for the New York Yankees between 1923 and 1939.

He was famous for his strength and was nicknamed ‘The Iron Horse’.

His strength, popularity and fame transcended the sport of baseball and the condition adopted the name of the sportsman.

He died two years after his diagnosis.