Move Over, Taylor! Drake Breaks Record for Most Billboard Awards

Make way for Champagne Papi! Drake took home a whopping 12 trophies at the 2019 Billboard Music Awards, bringing his career total to 27. He is now the most-awarded artist in the ceremony’s history, dethroning Taylor Swift and her 23 career wins. 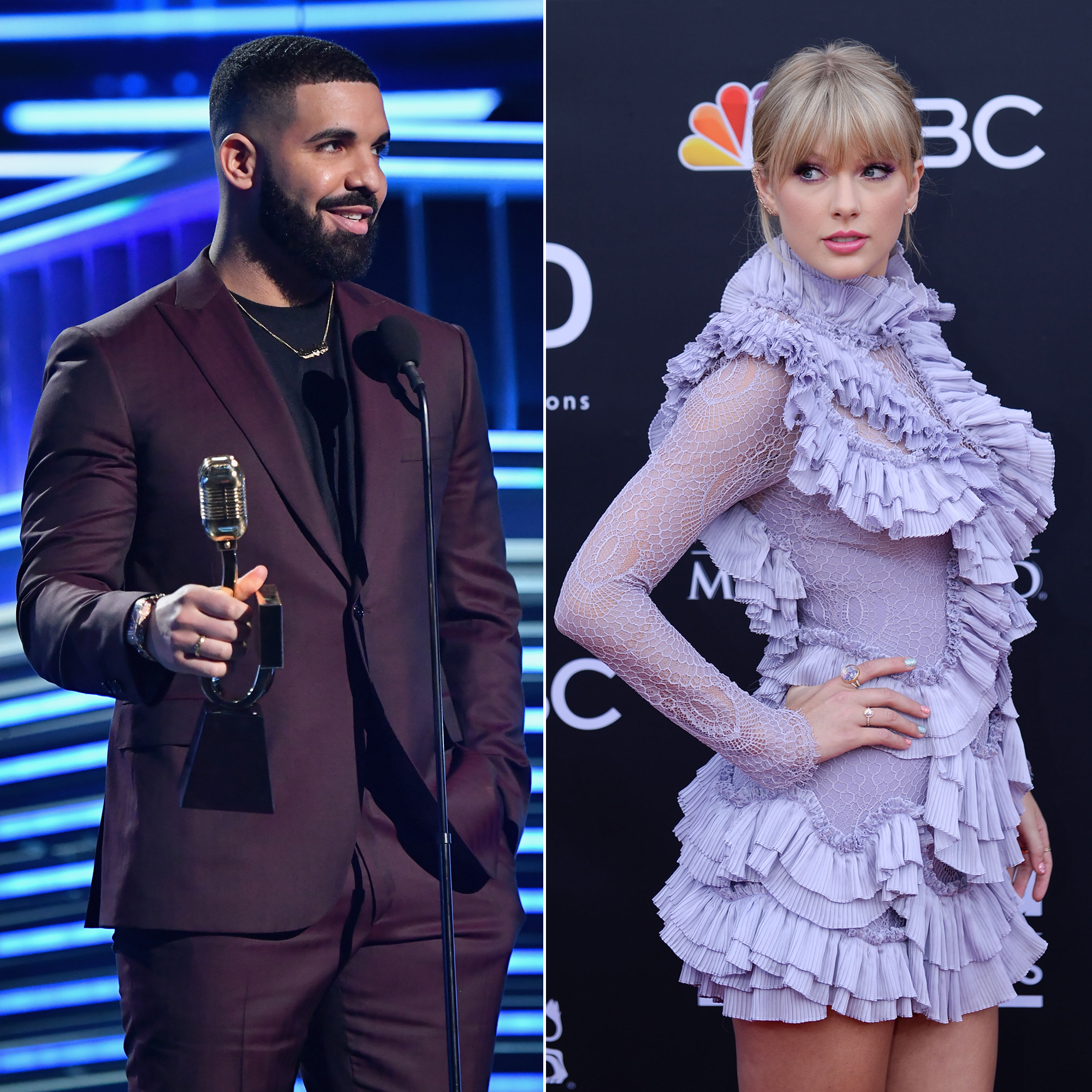 Swift, 29, was nominated for two awards, Top Female Artist and Top Touring Artist, on Wednesday night, but she left empty-handed. However, she still managed to wow the audience with her colorful opening performance of her new single, “Me!,” featuring Brendon Urie from Panic! at the Disco.

With his Top Artist win, Drake beat out Ariana Grande, Cardi B, Post Malone and Travis Scott. He dedicated the award to his mother, Sandi Graham.

Earlier in the evening, when the Degrassi: The Next Generation alum won Top Billboard 200 Album, he ended his speech with a special shout-out to Maisie Williams’ Game of Thrones character, Arya Stark, for “putting in that work” during the Battle of Winterfell on the Sunday, April 28, episode of the HBO series.