Movie buff’s photos reveal what film locations look like in real life with side-by-side comparisons, from the Home Alone house to the Forrest Gump bench

A film and TV buff has photographed hundreds of movie and television locations and compares them in a side-by-side image with how they appeared on the silver screen. Steve Peterson, said that he has great fun hunting down the spots and both his friends and family enjoy seeing his comparison photos, which he uploads to his Instagram account @hollywood_irl. To date, he has traveled to Los Angeles, Chicago, San Francisco, Atlanta, Hawaii, Wilmington in North Carolina and Georgia to retrace the steps of some of his favorite screen stars, from Tom Hanks in Forrest Gump to Jake Gyllenhaal in Donnie Darko. While some of the filming locations look markedly different, many of the spots look pretty much unchanged. Click through to see his movie versus real-life comparisons… 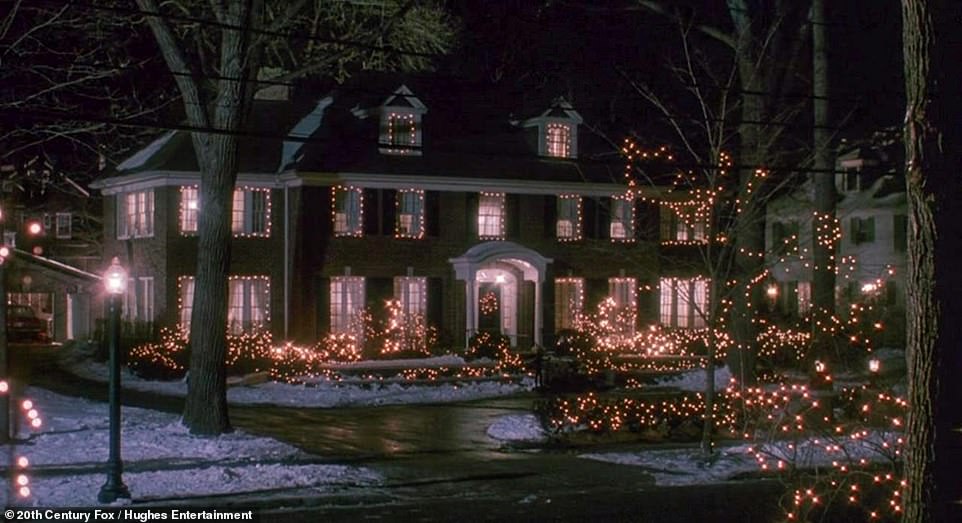 The twinkling Home Alone house where the McCallister family dwelled in the John Hughes classic is supposed to be located just outside of Chicago. 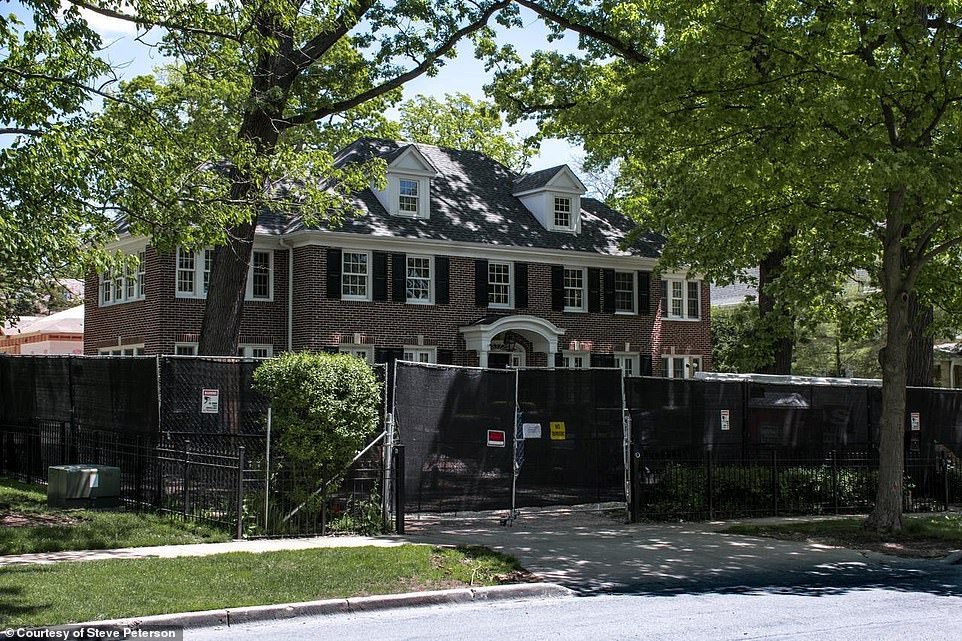 The photo, which was taken by Steve in 2017, shows the actual house in Winnetka, Illinois. Steve said he was very disappointed that this was ‘under construction and had this fence blocking the view, as well as security cameras and trespassing signs all over it’.

Chippewa Square in Savannah, Georgia, is known for the famous bus stop bench scenes from Forrest Gump. In the opening shot of the film, a feather lands at the base of the bench and Tom Hanks, who plays the role of Forrest, begins to tell his life story.

The bench that Tom Hanks sat on was actually a movie prop that has since been placed in the Savannah History Museum. But the location of the bench is still a popular spot for photographs. This image was taken by Steve in July 2017. 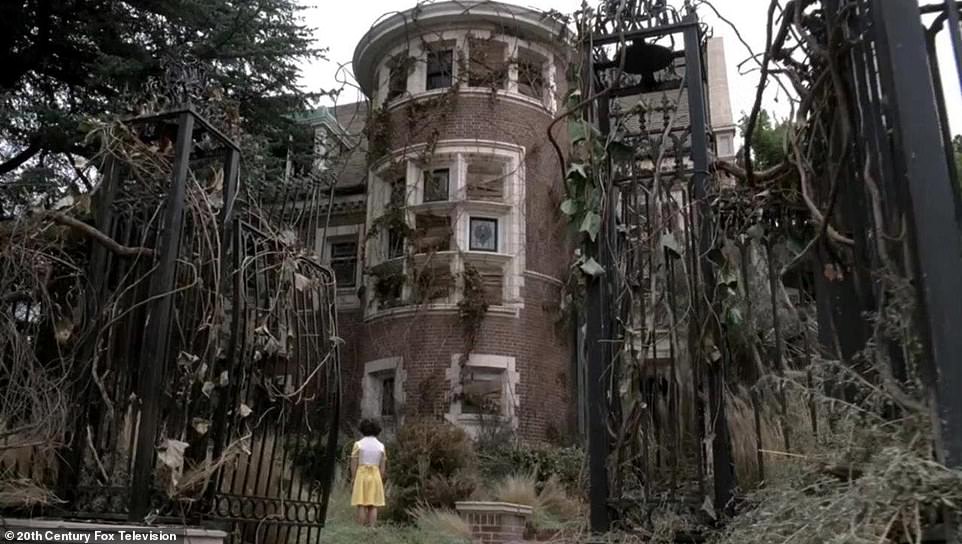 American Horror Story: Murder House, which aired in 2011, follows the Harmon family, who move from Boston to a restored mansion in Los Angeles, unaware that the house is haunted by the ghosts of its former residents and their victims. 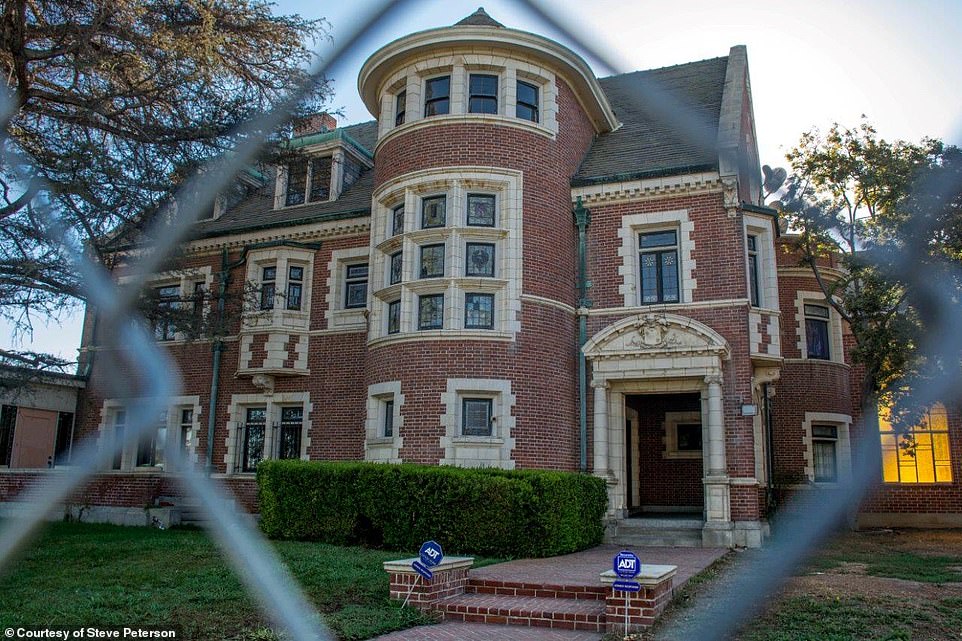 Steve took a photo of the mansion while exploring Los Angeles in 2020. With its manicured gardens and smart brickwork, the house looks a lot less scary in person. 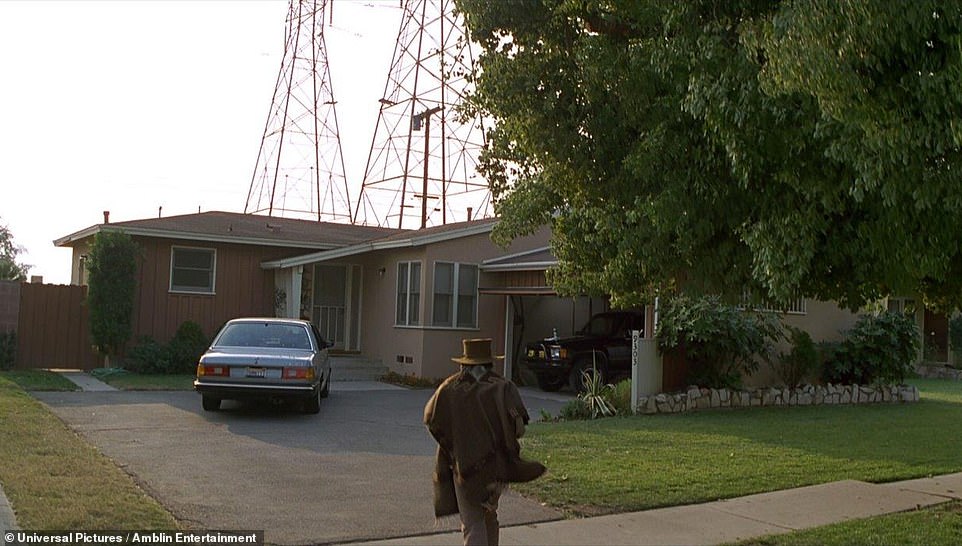 To fans of the Back to the Future trilogy, this Los Angeles property is instantly recognized as the house where Marty McFly lived, even though he actually resided in the fictional town of Hill Valley, California.

The house remains almost identical to the one seen in the classic movie, bar some minor renovations to the windows and front door, as seen in this image taken in 2016. 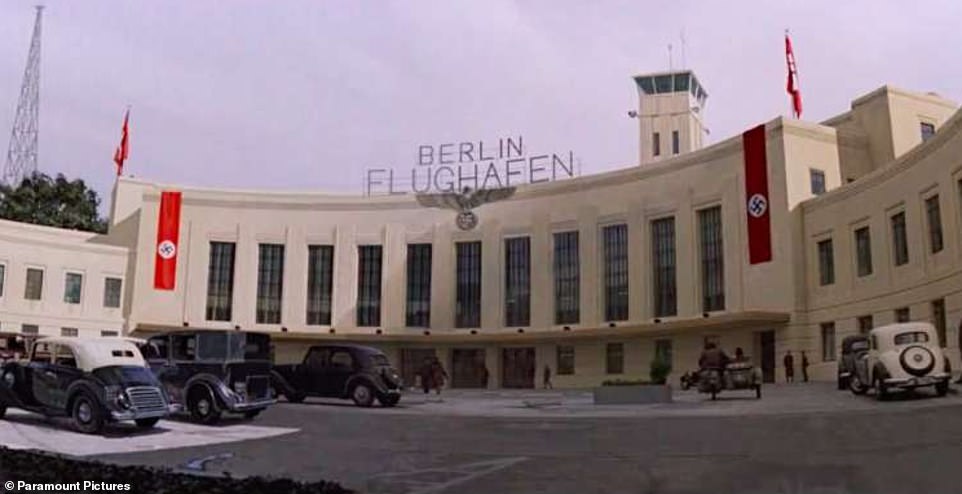 A still from the 1989 movie Indiana Jones and the Last Crusade shows a zeppelin port exterior in Berlin. 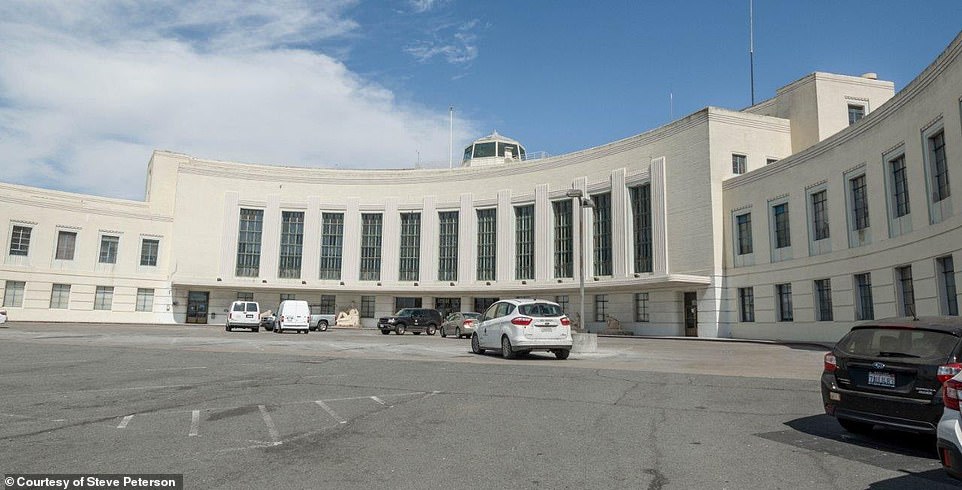 The real location of the zeppelin port is the Treasure Island Museum in San Francisco. The tower, cars, flags and signs were digitally added for the film. This image was taken in 2018. 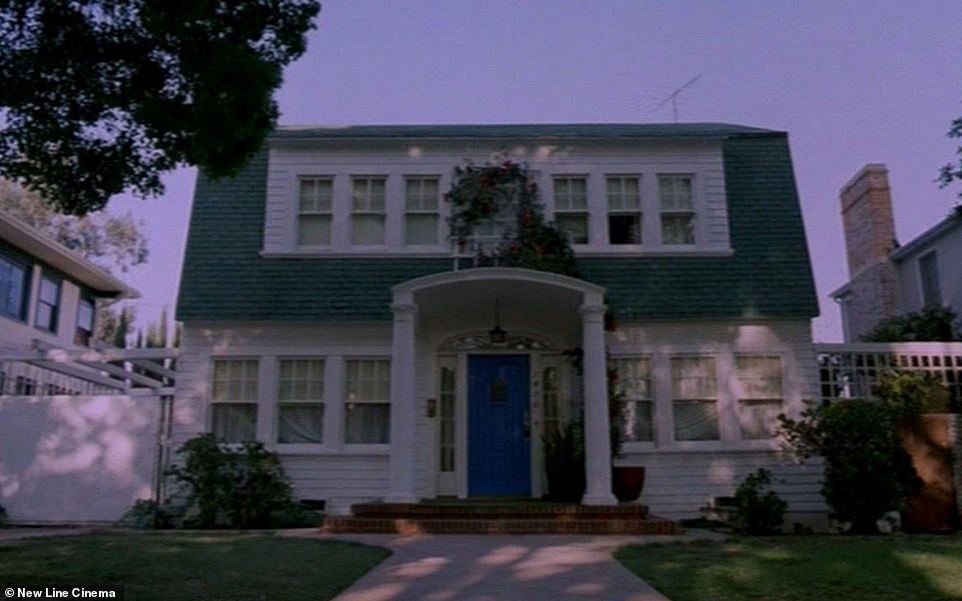 The property from the 1984 horror film A Nightmare on Elm Street, located at the fictional address of 1428 Elm Street in the fictitious town of Ohio. 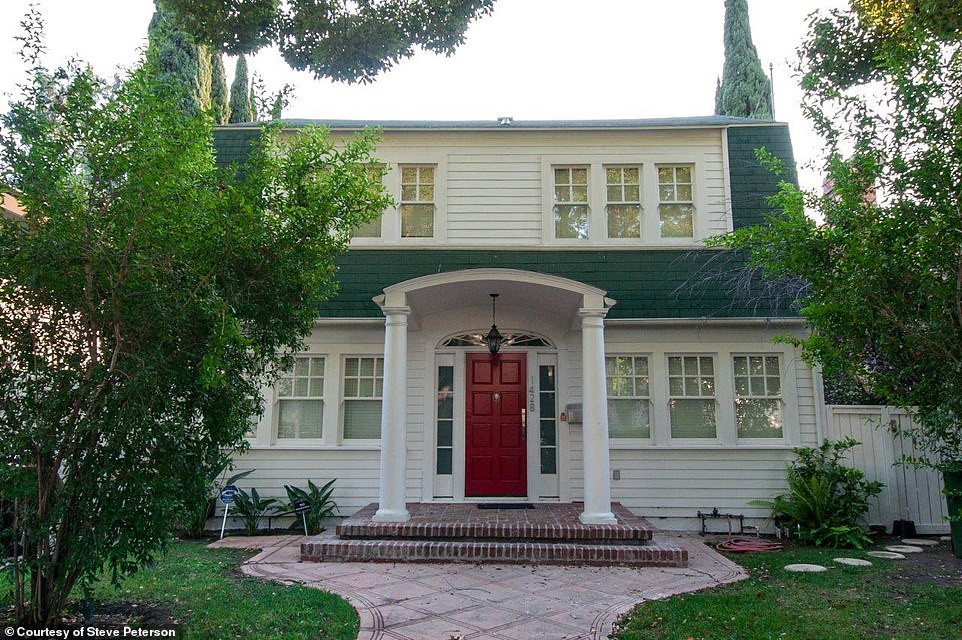 The actual house is a private home located in Los Angeles at 1428 North Genesee Avenue. Steve took the above image in 2016.

A still from the 1990 dark fantasy film Edward Scissorhands shows the retro-styled Southgate Shopping Center in Florida, where several scenes were filmed. 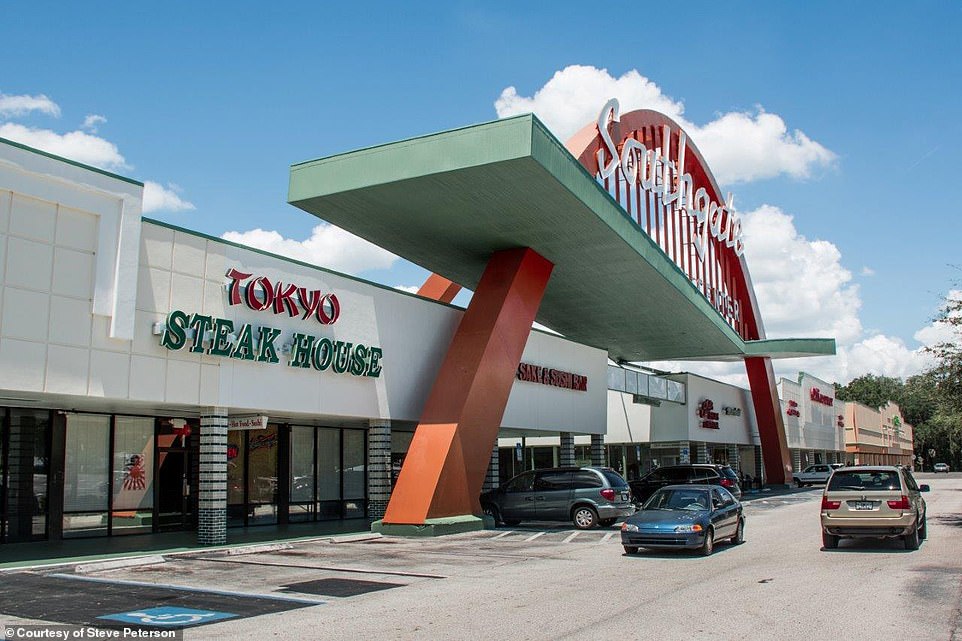 The design of the shopping mall remains the same, and a few vendors have opened since, including a Japanese steakhouse and sake bar. This image was taken in August 2017. 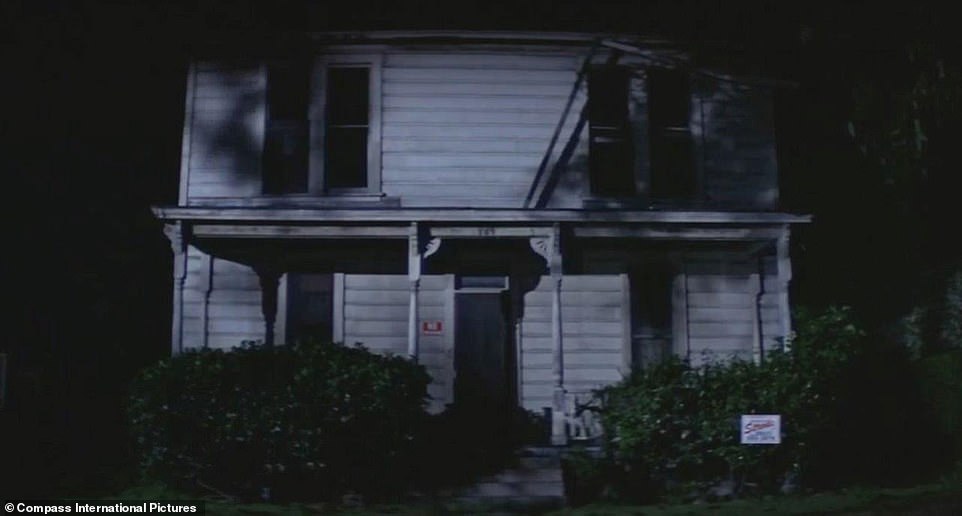 Michael Myers’s house from the 1978 horror film Halloween, which was set in the fictitious town of Haddonfield, Illinois. 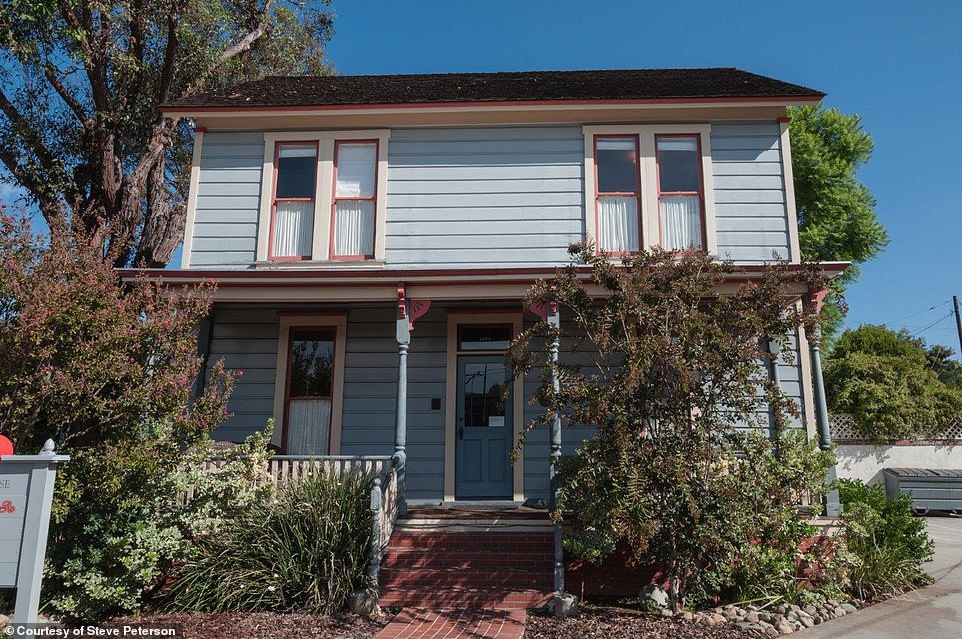 In reality, the Halloween house is located in South Pasadena, California. Steve said when he visited the filming location in 2016, he found that it was home to a chiropractor’s office and has been given a fresh lick of paint since its film debut. 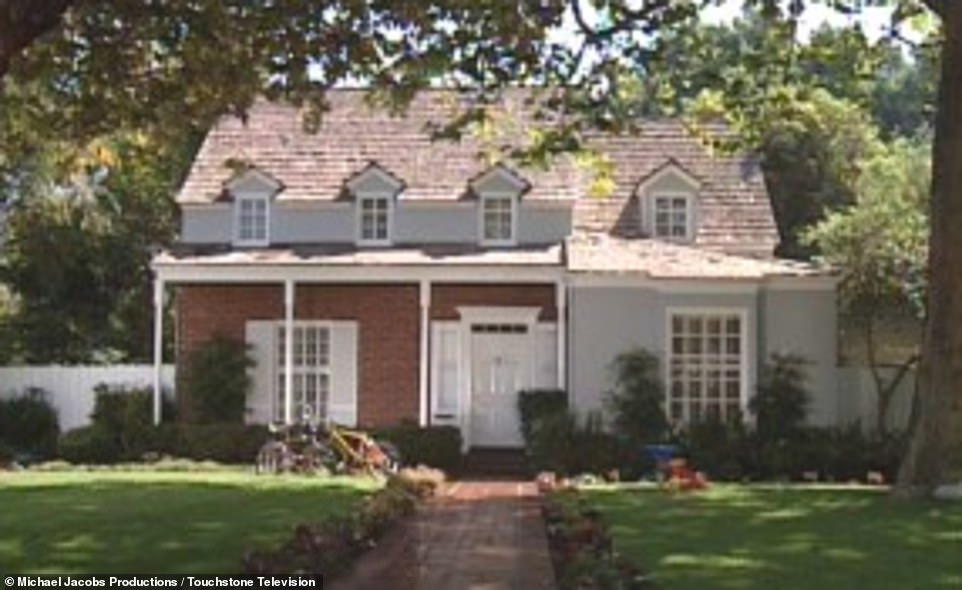 Pictured: A still from the classic 1990s sitcom Boy Meets World, showing the facade of the Matthews’ house. The house was used for exterior shots in Boy Meets World, while the rest of the filming was done in the studio. 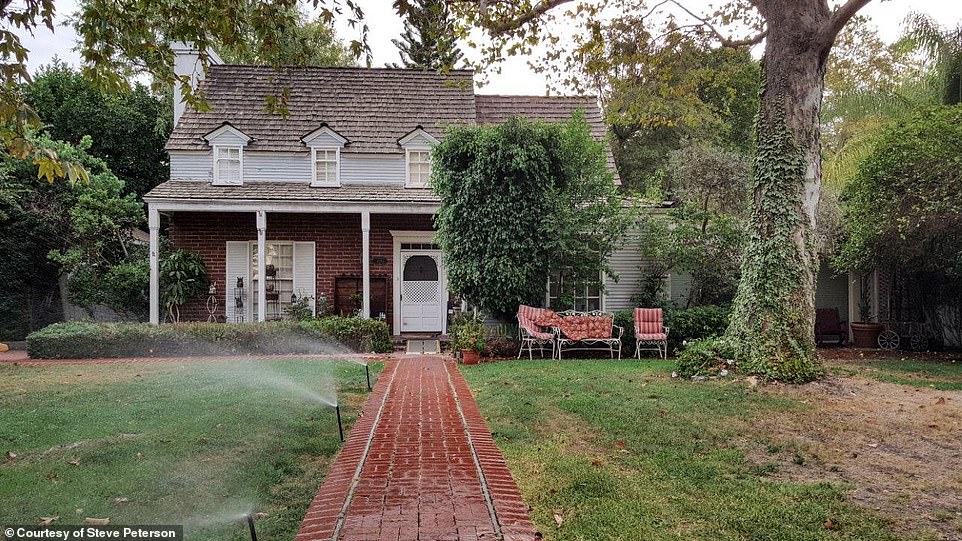 A view of what the house looked like in July 2017, including more mature shrubs and trees in the garden. The show was set in the suburbs of Philadelphia, Pennsylvania, but this house is located in Studio City, California. 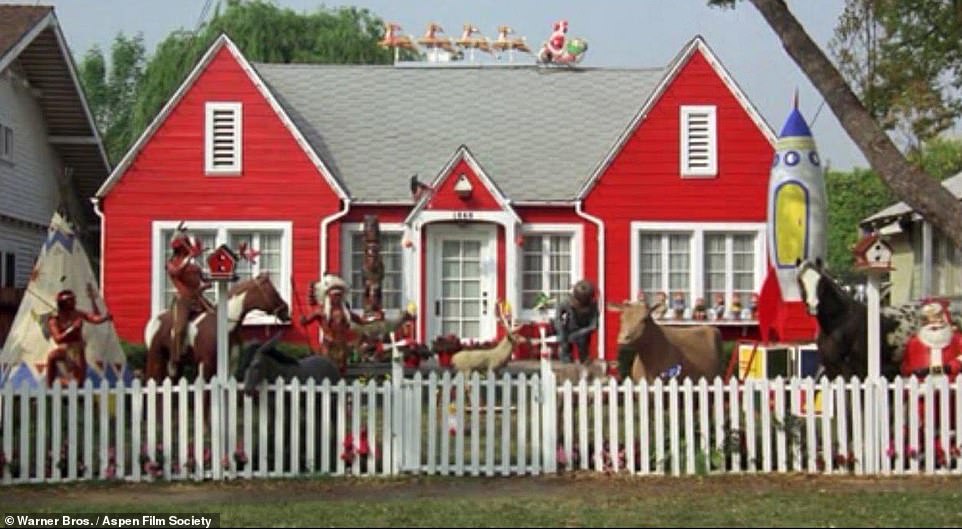 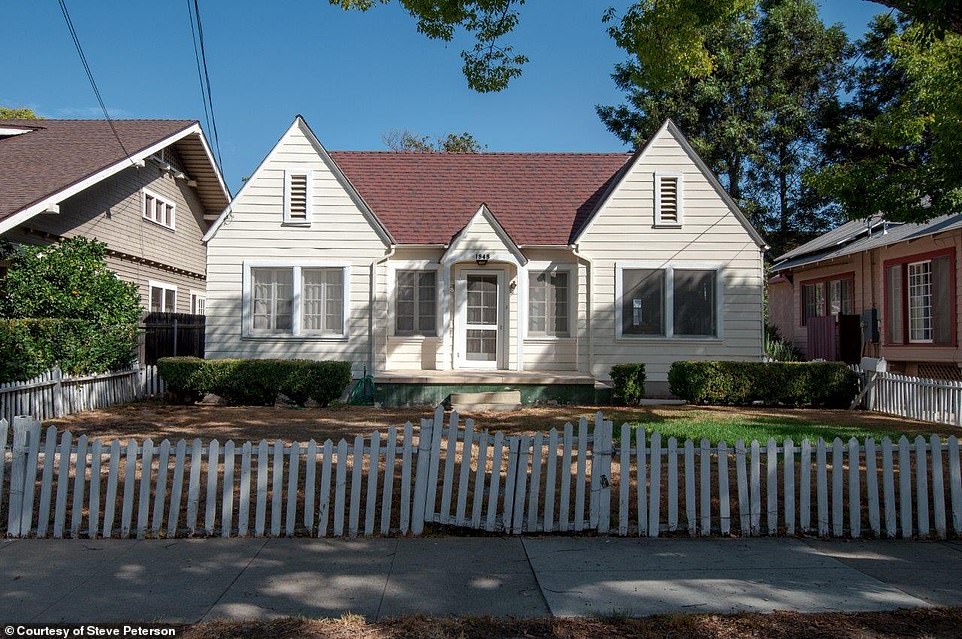 The house, which is located at 1846 Oxley Street in Arcadia, California, as pictured  in September 2016. It’s a lot less vibrant in real life, as seen in the muted paint job.

Donnie Darko was set in 1988 in Middlesex, Virginia, but was filmed entirely around Los Angeles. Pictured: Cunningham’s house in April 2017, with no visible changes. The mock-Tudor mansion is located at 4252 Country Club Drive in Long Beach.

An exterior shot of the iconic Randy’s Donuts building as featured in Iron Man 2. Tony Stark, known commonly by his alter ego, Iron Man, can be seen reclining in the hole of the donut. 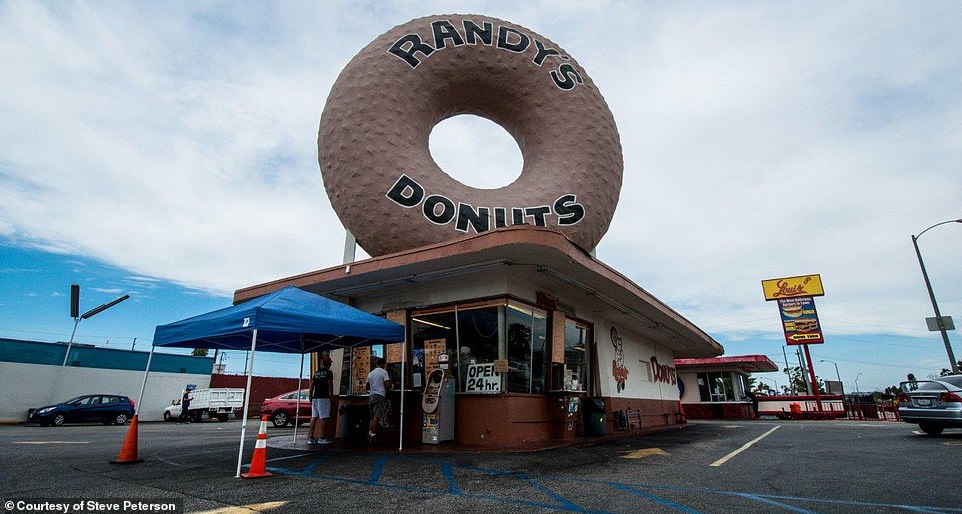 Although the scene in Iron Man 2 cut to show characters eating inside Randy’s Donuts, this outlet in Inglewood, California, doesn’t have seating and is in fact a drive-thru. This image was taken in September 2018. 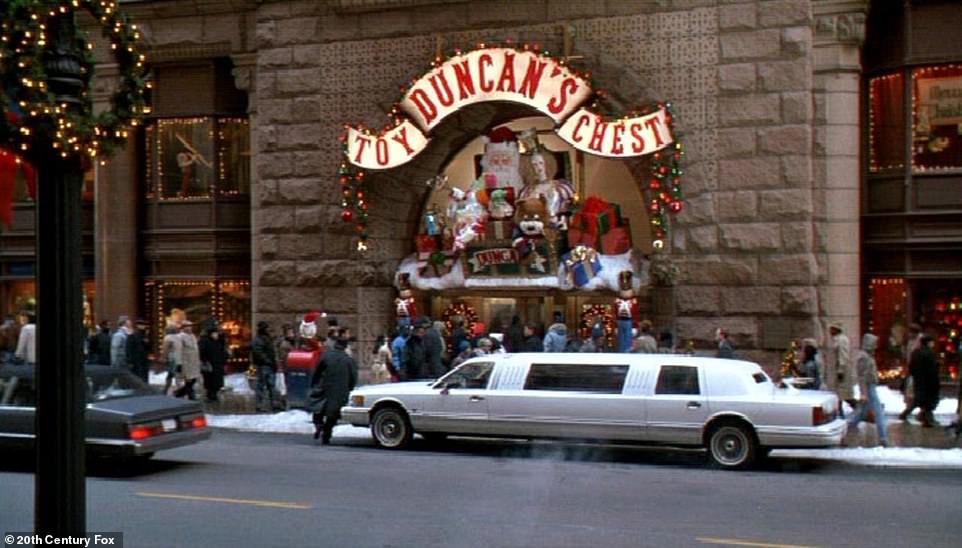 Kevin visited Duncan’s Toy Chest in the 1992 release of Home Alone 2. It was supposedly in New York, but the filming location was actually in Chicago. 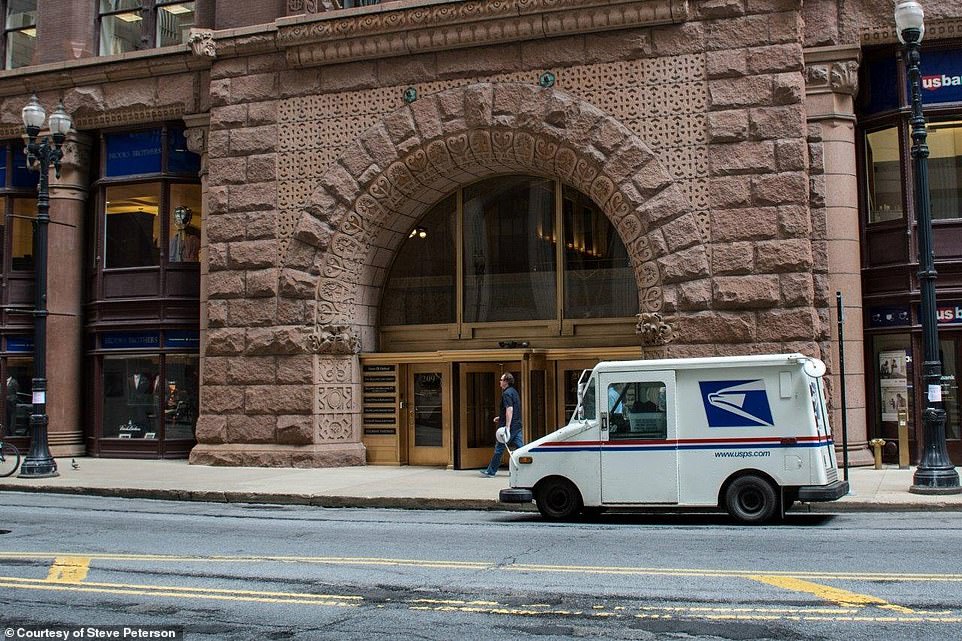 Pictured: A shot of the building in Chicago that was transformed into Duncan’s Toy Chest by set designers. It is, in fact, The Rookery Building, a historic landmark located at 209 South LaSalle Street. Steve visited the spot in May 2017. 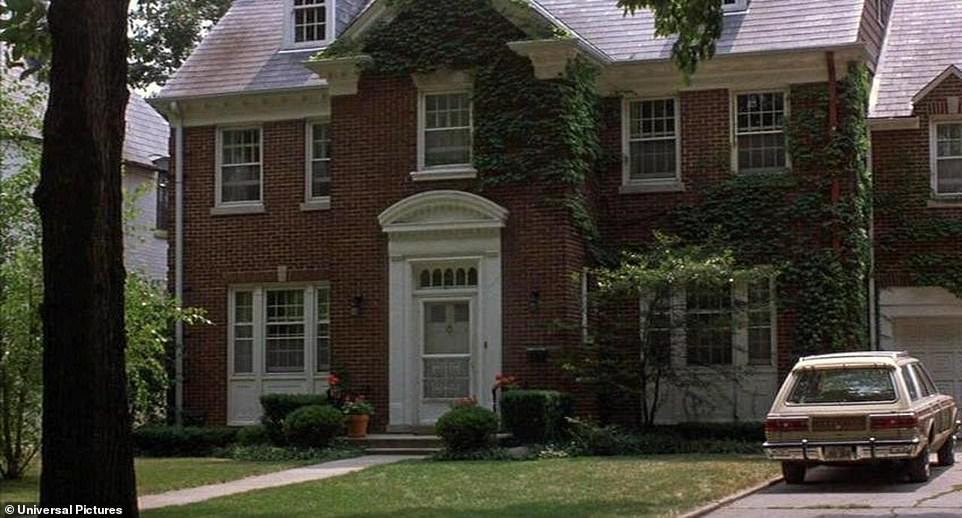 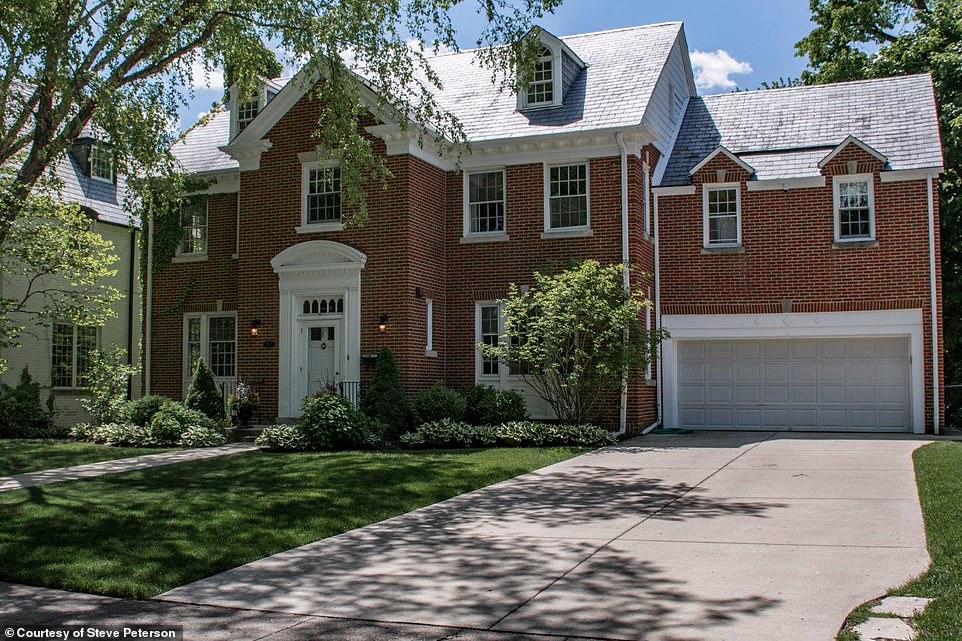 The Sixteen Candles house in Evanston, Illinois, pictured in May 2017 with the ivy removed from the brickwork. 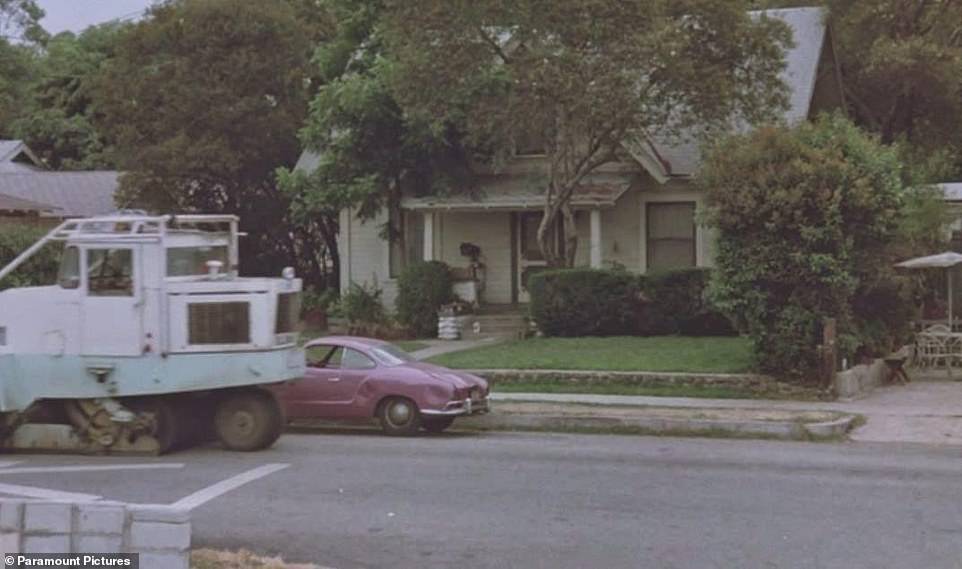 The home of Andie Walsh who was played by Molly Ringwald in the 1986 movie Pretty In Pink. The film was set in Chicago but filmed in Los Angeles. 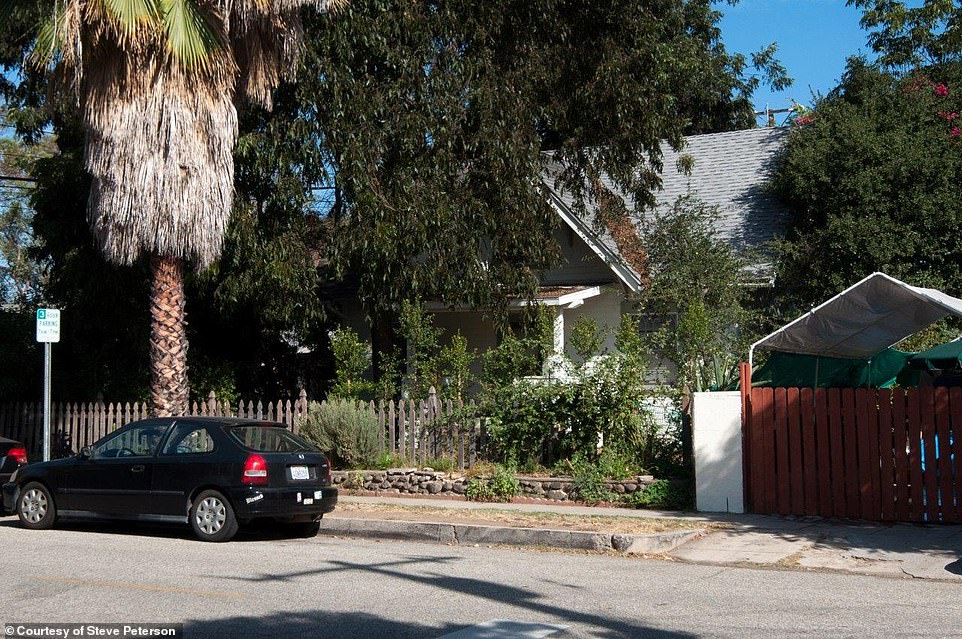 Steve visited the Pretty in Pink home in Pasadena in September 2016. It showed a more mature garden surrounding the property. 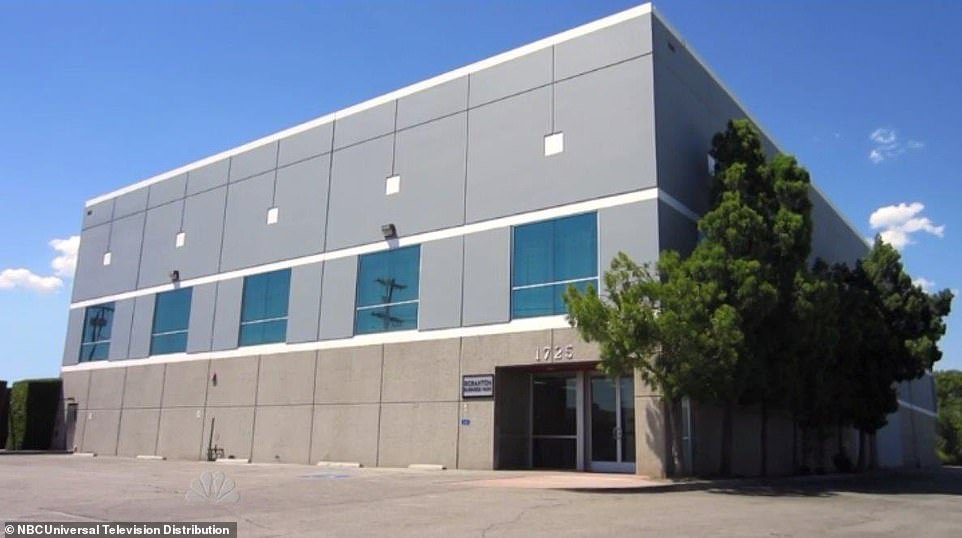 An exterior shot of Scranton Business Park, as featured in the U.S. version of The Office. 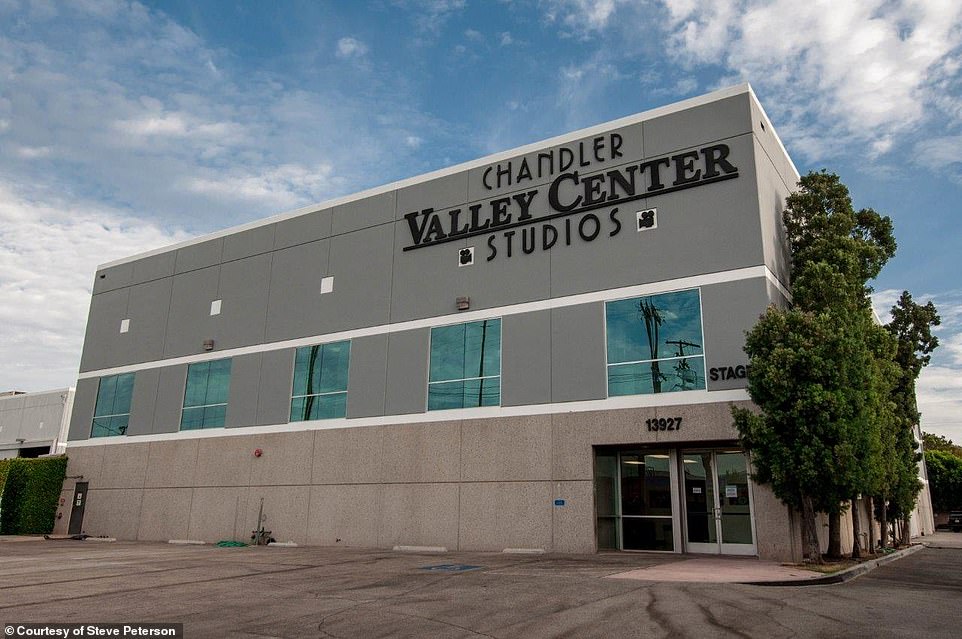 What the building looked like in September 2016. The TV show is set in Scranton, Pennsylvania, but all of the filming actually took place within the Chandler Valley Center Studios, which is located in Panorama City, California. 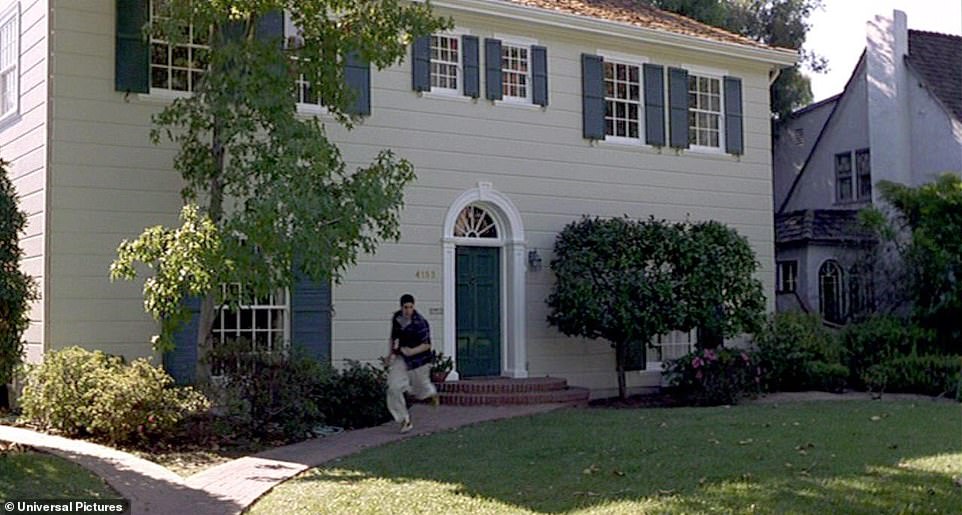 A scene from the 1999 comedy American Pie. It shows the house of Jim Levenstein played by Jason Biggs. The movie was set in the fictitious town of East Great Falls, Michigan, but filming took place in Los Angeles. 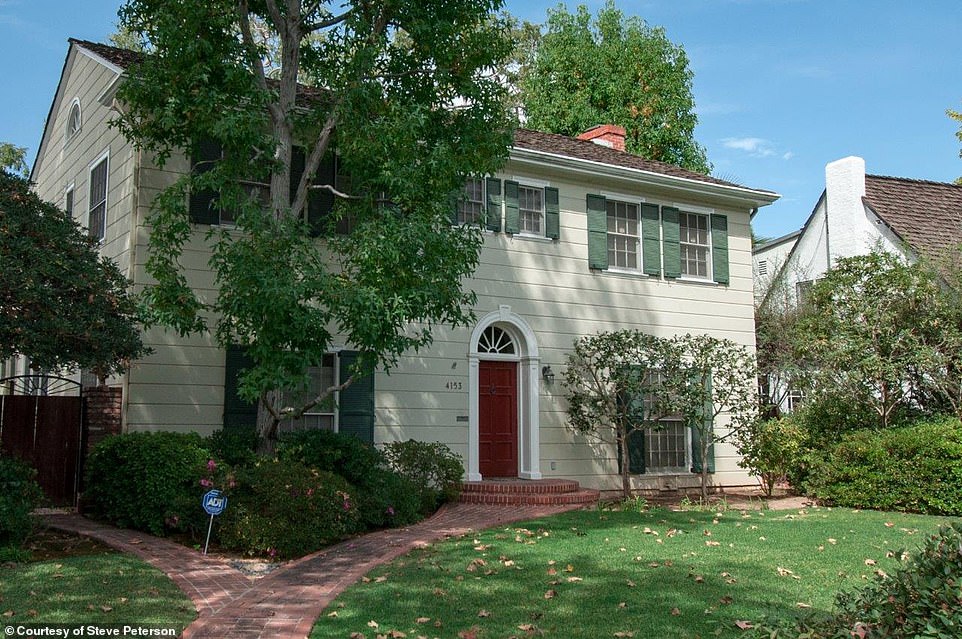 The Levenstein house pictured in September 2016 looking pretty much the same except for a repainted front door. The property is located in Long Beach.

Thanks to some clever special effects, a train rockets through downtown Los Angeles in the 2010 science fiction film Inception. 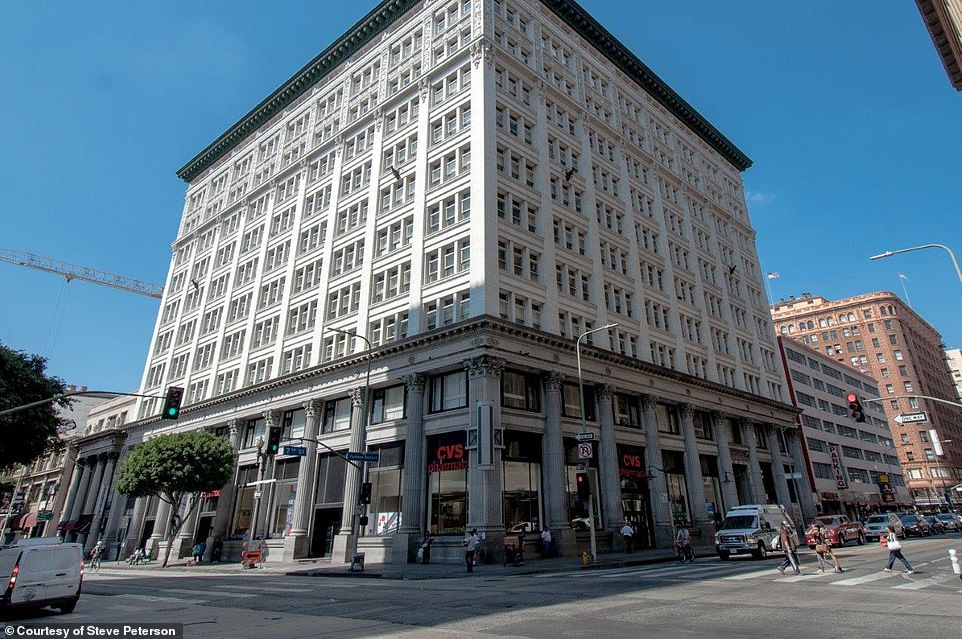 Steve visited the site of the Inception scene in September 2016. It is located at a junction on South Spring Street in downtown Los Angeles.