Mother whose ‘beautiful and sassy’ daughter, 24, died of bowel cancer less than a year after diagnosis warns you are ‘never too young’ and claims doctors ‘didn’t spot’ the symptoms because of her age

A mother whose daughter died of bowel cancer at just 24 years old has warned you are never too young to develop the illness.

Tess Grace’s daughter Amelia, known as Millie, passed away in October 2021 after being diagnosed with bowel cancer just 10 months earlier.

Since her daughter’s death, Tess, 50, from Liverpool but living in Cornwall, is campaigning to make sure young people understand the symptoms – and wants to change ‘outdated’ assumptions that only older people develop the illness.

She told FEMAIL: ‘It’s a sweeping statement to say ‘you’re too young’ to have bowel cancer.’ 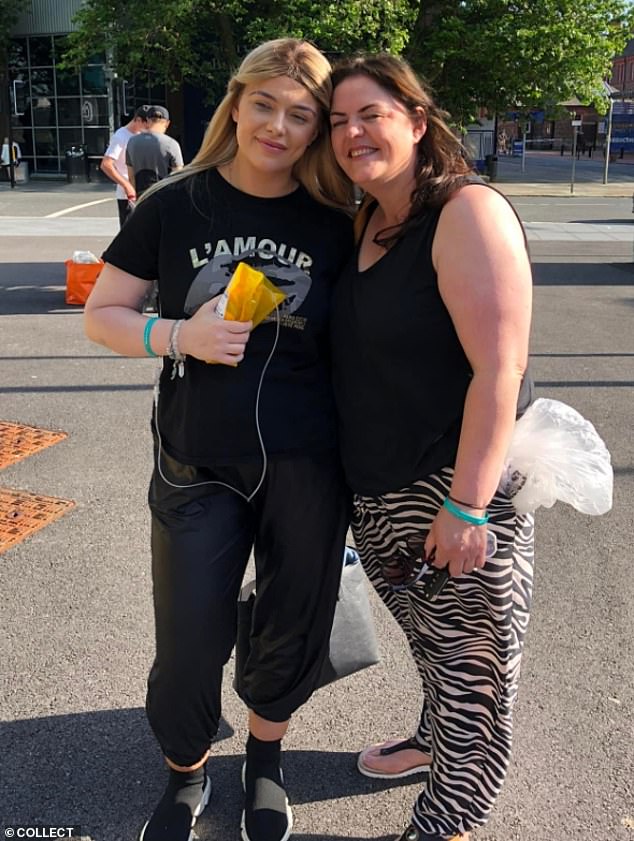 Millie Grace, pictured with her mother Tess, died in October 2021, just 10 months after being diagnosed with bowel cancer. Her mother wants people to know you are ‘never too young’ to be diagnosed with the disease 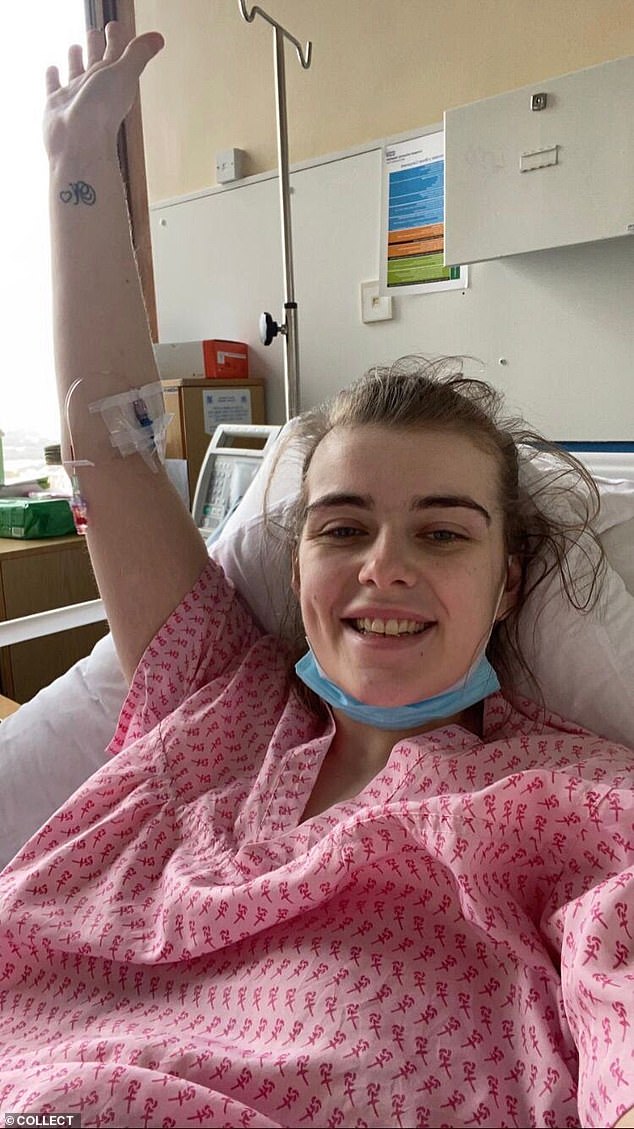 Millie was diagnosed with stage 4 bowel cancer in December 2020 after a routine operation revealed a tumour in her colon. Tess said her daughter kept her spirits up in hospital, pictured 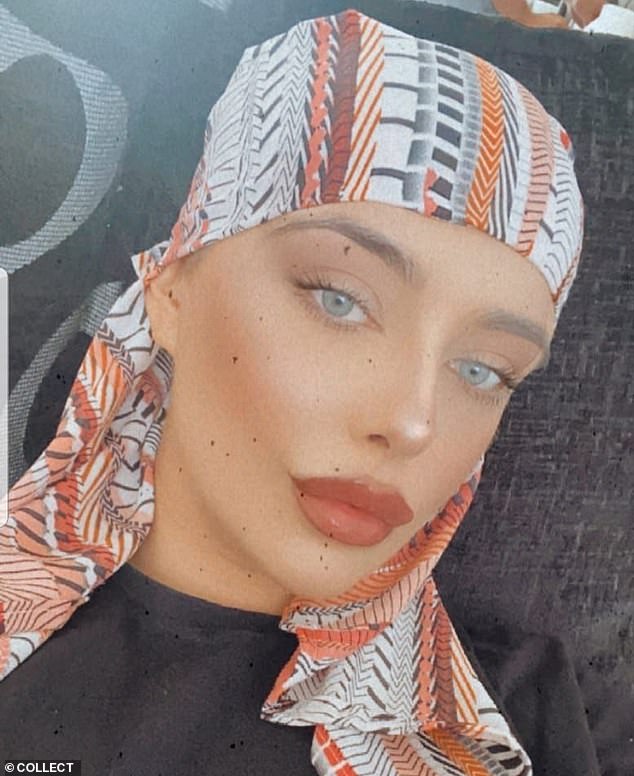 Throughout treatment, Millie made sure her eyebrows, lips and nails were done. Tess said: ‘She was all about the brows and the lips and the nails, but at the same time she wasn’t vain. She was just Millie’

She added her daughter had been experiencing symptoms like blood in her stools for about three years before she was finally diagnosed.

Tess claimed that despite her daughter’s repeated trips to the GP, no one ever assumed she had bowel cancer because she was ‘too young’.

Describing her daughter as ‘sassy’, Tess said Millie was a huge loss to her loved ones.

‘She was feisty. She was queen of the eye-roll,’ Tess said.

‘She was beautiful too. She was all about the brows and the lips and the nails, but at the same time she wasn’t vain. She was just Millie.

‘She was so caring, she always liked to root for the underdog.’

Working in a currency exchange in Liverpool and living with her boyfriend Jay, Millie spent most of the Covid lockdown waiting for an operation to remove cysts on her ovaries which had been delayed from January 2020. 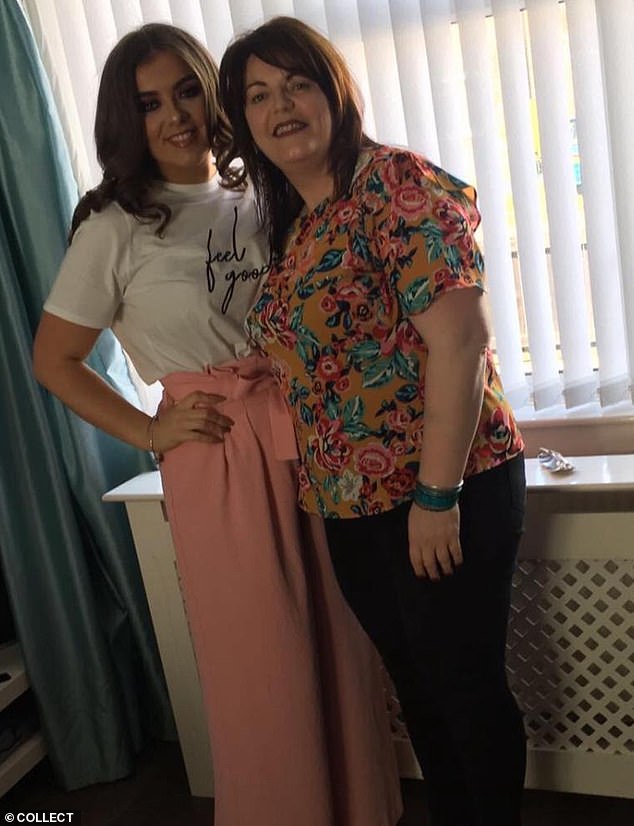 Tess described her youngest daughter Millie as ‘queen of the eye roll’ and ‘feisty’. She added: ‘She was so caring, she always liked to root for the underdog.’ 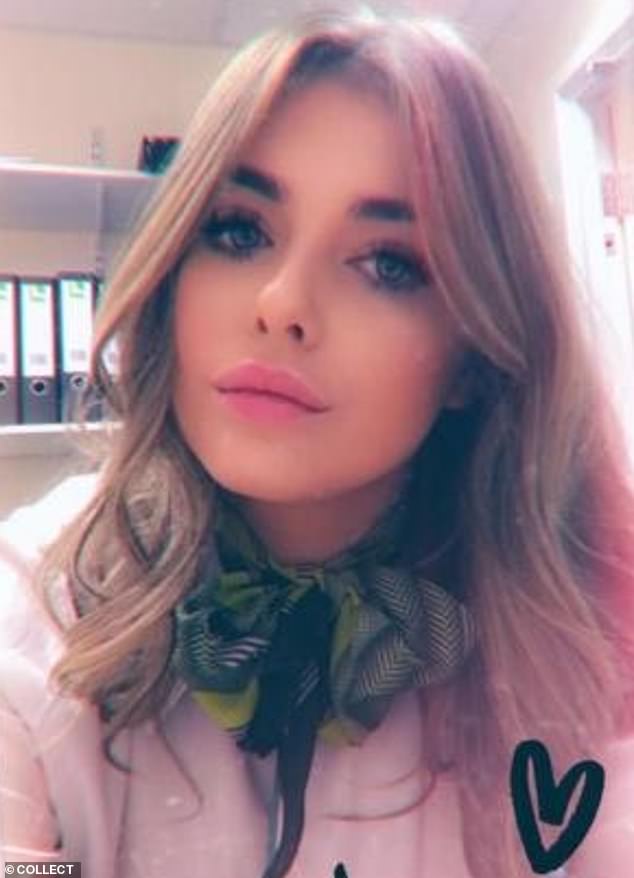 While she waited for the surgery, Millie started to experience pain in her abdomen. Her stomach started to swell and she could feel lumps, and she lost her appetite.

Despite more trips to the GP, Tess claimed tests were carried out on Millie and she was due to have a colonoscopy, but no signs of cancer were immediately picked up.

But when Millie was finally put on the operating table in December 2021 for her unrelated operation, the surgeon took a biopsy of something they had found in her colon.

A few days later, results from the biopsy confirmed Millie had bowel cancer and doctors were carrying out further tests.

Tess travelled from Cornwall back up to Liverpool and took Millie to an appointment with her consultant two days before Christmas. There, they were told the cancer was stage 4 and had spread around her body.

‘In the same breath the consultant said, “it’s rare in someone your age”. Millie asked if she could die and was told, “it’s a possibility, yes”. 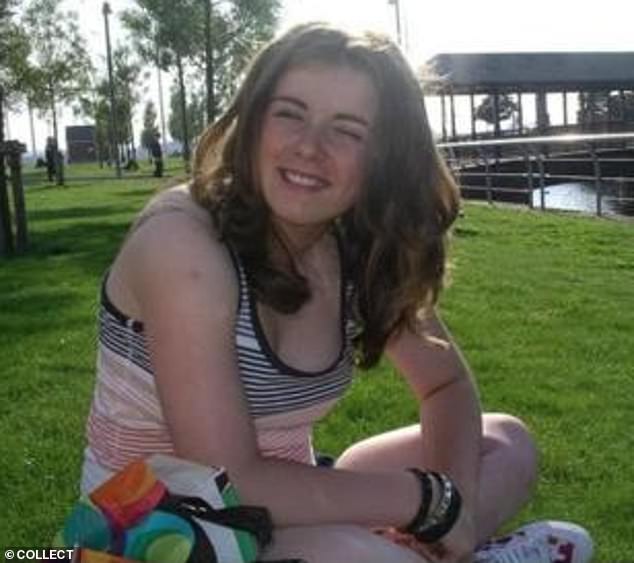 Millie (pictured as a teenager), was told for years by doctors she was ‘too young’ to have bowel cancer, her mother Tess claimed 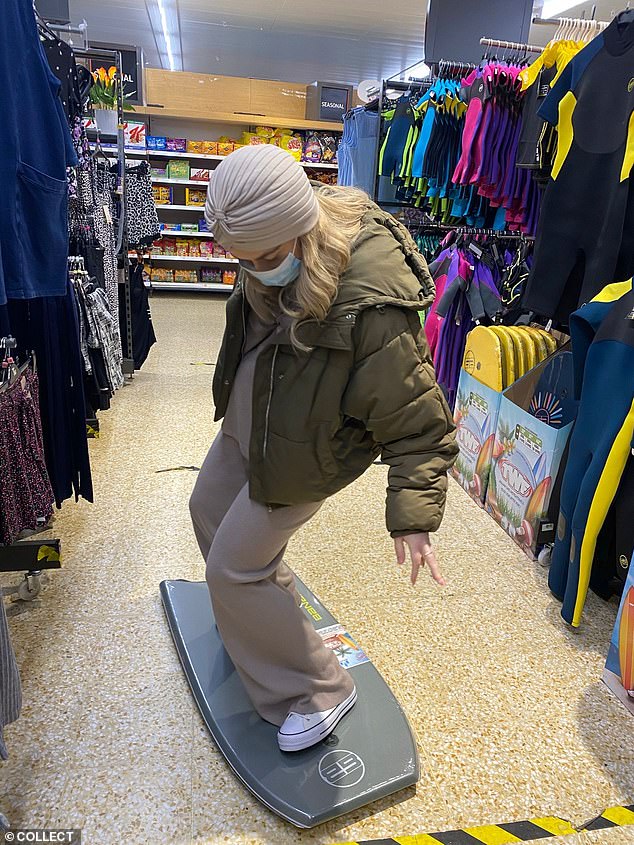 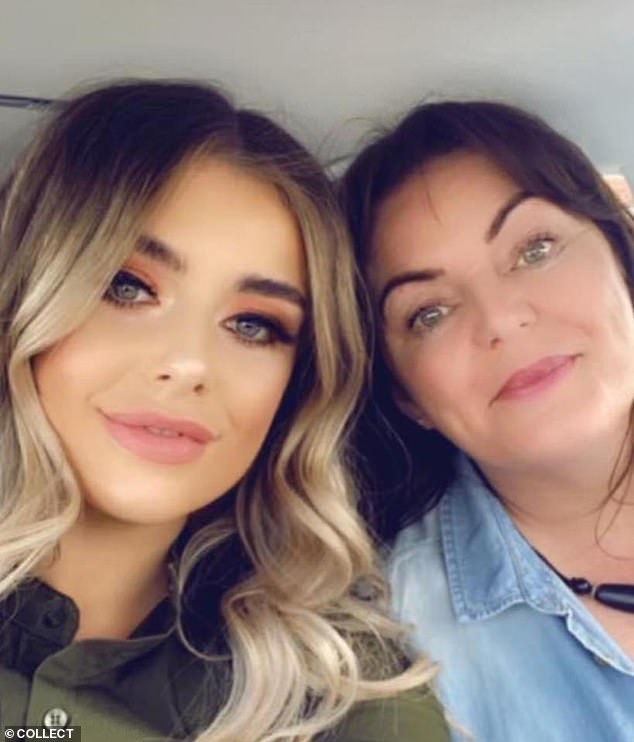 Millie had around seven months of chemotherapy, while Tess shuttled back and forth from Liverpool for her appointments 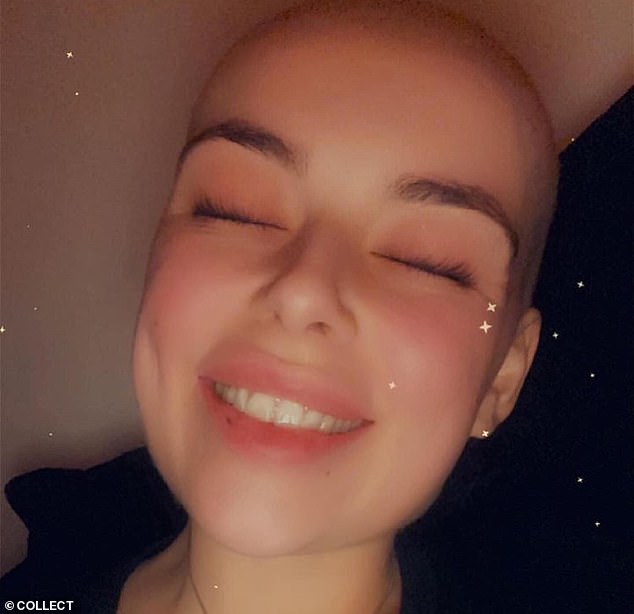 ‘She was just 23 and had her whole life ahead of her. Millie’s biggest concerns were getting to work, making sure she could go out at the weekend and getting her nails done.’

As doctors scheduled Millie for chemotherapy they discovered the main tumour in her colon measured 18cm.

Bowel cancer: What are the symptoms?

Bleeding from your bottom or blood in your poo

While bright red blood may come from swollen blood vessels (haemorrhoids or piles), dark red or black blood might be coming from your bowel or stomach. You should ask your doctor about any bleeding so they can find out the cause.

An unexplained or persistent change in your bowel habits

If your stools are looser than normal, you find you need to poo more often than normal, or you are not pooing as often as you normally would, you should speak to your GP – particularly if you also have bleeding.

This is a less common symptom of bowel cancer, but if you are losing weight and you don’t know why, you should speak to your GP. You may feel sick, bloated or have a loss of appetite

In some cases bowel cancer leads to a lack of iron in the body, which can cause anaemia and lead you to feel exhausted. If you have anaemia, you may also look very pale.

Pain or a lump

If you experience pain or a lump in your abdomen or back passage that persists and hinders your daily functioning, you should speak to your GP.

Over the next few months Millie went through gruelling chemotherapy and suffered awful side effects – but Tess said she never lost her fighting spirit.

‘The chemo she was having could make your throat spasm, so you can’t eat or drink anything cold,’ Tess explained.

‘I would say, “Millie, wrap your scarf around you” but she wasn’t having any of it.

‘She really went through it but at the same time she had an attitude of, “It’s not beating me”.’

Millie also made sure she was looking her best throughout her treatment, with her eyebrows primed and a fresh set of nails for her chemo appointments.

Tess said when Millie’s hair fell out she even made sure the wig she had was top quality.

‘She got a wig that was blonde like she was, but it had a yellow tinge. So Millie sent it back and asked for it to be balayage,’ Tess laughed.

After several cycles of chemotherapy, tests in the summer of 2021 revealed Millie’s tumours were shrinking and she took a break over the summer before another cycle began in October.

To celebrate, Tess took Millie and her eldest daughter Hope, 27, out on the town. But just a few weeks later, Millie started to feel pain in her stomach again.

In September 2021 Tess, who had been travelling back and forth from Cornwall since her daughter’s diagnosis, took Millie on a shopping trip to Manchester.

By now her daughter was so weak she had to use a wheelchair.

‘She was mortified. She just wanted her independence,’ Tess recalled.

During the trip the mother realised how bad her daughter’s pain was and a later scan revealed some of her tumours were re-growing.

Tess recalled: ‘They said in terms of Millie’s cancer journey, it wasn’t positive. The mets had grown bigger and more had grown, but Millie didn’t seem to take any of it on board.’

Millie was moved into the Marie Curie hospice in Woolton, Liverpool, to manage her pain. Initially, the plan was still to continue with her chemotherapy. 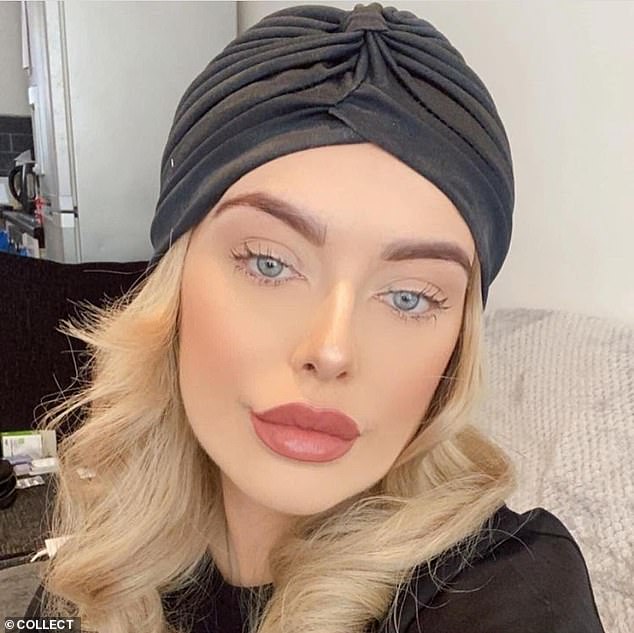 But as the days passed in the hospice, Millie became weaker and more exhausted and it became clear she wasn’t well enough to go to hospital for chemotherapy.

Tess recalled: ‘A nurse spoke to me and said Millie was really unwell. I asked, “are you trying to tell me she’s at the end of her life?” and she said things really weren’t good.

‘I said I didn’t want Millie to know she was going to die. She was exhausted and she’d been in pain for weeks.’

Despite being in the final days of her life Millie insisted on mustering the strength to go out and about in her wheelchair, even treating her mother to lunch.

Millie passed away October 20, 2021, aged 24. After her death, a heartbroken Tess made sure her funeral was the send off her daughter would have wanted.

After a ceremony opened up to hundreds of people, Tess held Millie’s wake in a Revolution bar in Liverpool – one of her daughter’s favourite places to spend the night dancing away.

On what would have been Millie’s 24th birthday this year the family returned to the same bar to celebrate in her memory. By then Tess had raised £7,000 in Millie’s name.

As well as raising money for Bowel Cancer UK, Tess is campaigning to raise awareness of the symptoms of bowel cancer in young people and wants to spread the message that you are never too young to develop the disease.

‘When Millie was having treatment we sometimes had to go to A&E,’ Tess recalled. ‘One time I remember a doctor crying when she saw her in the wheelchair. She said Millie was “too young” to have bowel cancer.’

After the death of Dame Deborah James at just 40 years old following a battle with bowel cancer Tess thinks attitudes are changing – but the idea of the disease developing in very young people is still alien to most.

‘When they talk about young people, they mention adults under 50, and that’s important but I’m talking about people in their twenties.

‘Millie was at the start of her life.’

Tess has launched a campaign targeted at people aged between 17 and 25 called #Stopitb4itstarts – with an aim to visit universities and schools and talk to students about Millie.

Since she began telling Millie’s story on the @stopitb4itstarts Instagram page, Tess said she has been contacted by lots of young people with similar symptoms Millie had. 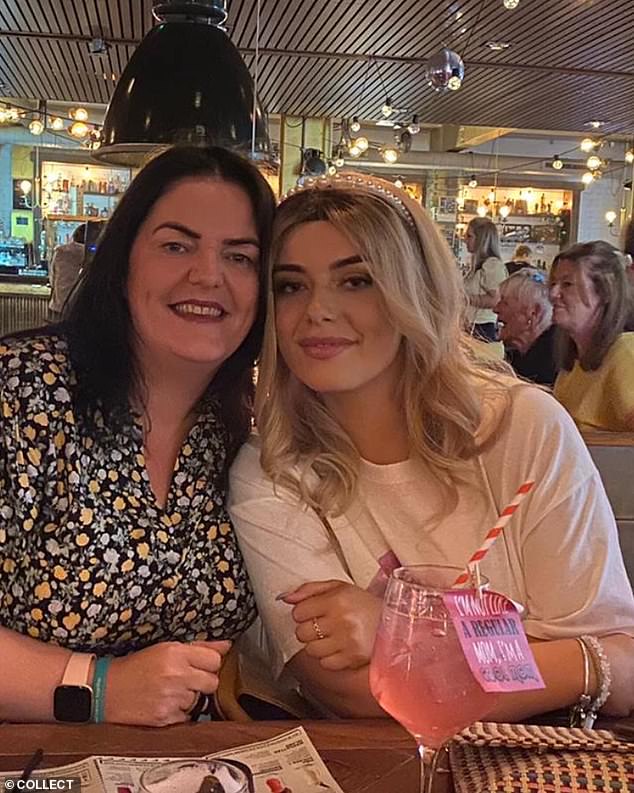 After Millie finished cancer treatment, her mother Tess took her for a night on the town to celebrate 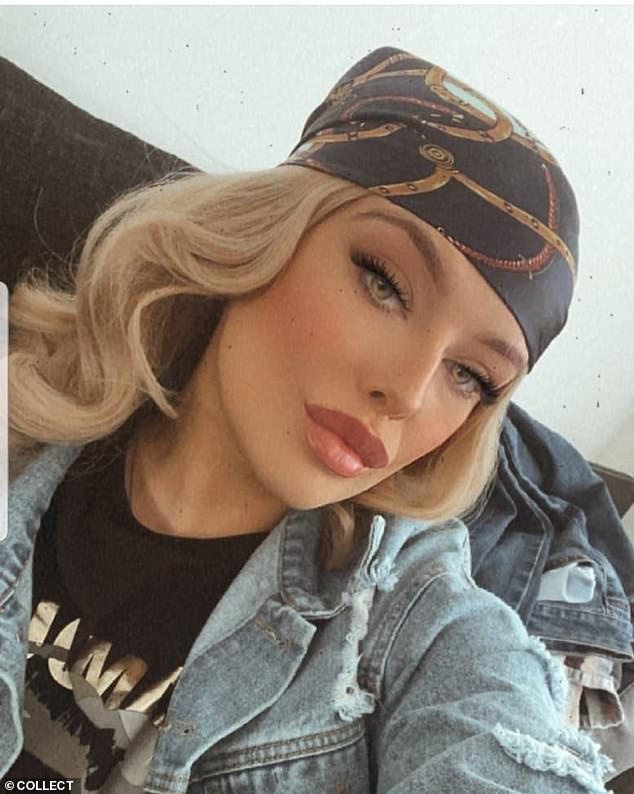 She said: ‘You can be fit, healthy, young and going to work but if you have concerns, go to the doctor and insist on being tested for it.’

Dr Lisa Wilde, director of research and external affairs at Bowel Cancer UK, said: ‘Bowel cancer is the UK’s second biggest cancer killer, however it shouldn’t be because it is treatable and curable especially if diagnosed early. As the extremely sad case of Millie highlights, it can affect people of all ages.

‘Every year more than 2,600 people under 50 are diagnosed with bowel cancer in the UK and that number is increasing. Awareness that this is a disease that younger people can be diagnosed with is low amongst the general public and healthcare professionals.

‘We urge everyone, no matter what their age, to familiarise themselves with the symptoms and contact their GP as soon as possible if they have bleeding from their bottom, blood in their poo, a persistent and unexplained change in bowel habit, unexplained weight loss, extreme tiredness for no obvious reason, and a pain or lump in their tummy, to ensure the best possible chance of an early diagnosis and survival.’