Dr Gauntlett, who is a quadriplegic following a schoolboy rugby union accident, told a Senate estimates hearing he took part in the trial of the controversial tool “as an individual who relies upon the National Disability Insurance Scheme to get out of bed every morning”. 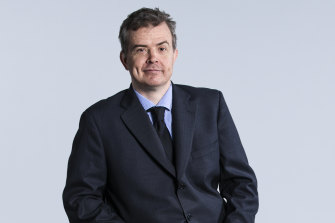 The agency is trialling independent assessments to judge participant’s needs instead of people having to provide reports from their own doctors and medical specialists, which can be costly and a barrier for some people with disabilities. It plans to use independent assessments as part of the process to accept new people into the scheme from mid-2021, and to review existing participants’ plans by the end of the year.

However, people with disabilities and their advocates are concerned the plan is a cover to cut NDIS costs.

Dr Gauntlett said it was to the National Disability Insurance Agency’s credit that it allowed, and in fact encouraged him to take part in the trial.

“In terms of the outcome of that trial, it was for me, at the time, unsatisfactory and I’ve provided that feedback for the agency,” he said.

“What I do hope is that the Minister for the National Disability Insurance Scheme consults widely and broadly and asks difficult questions as to what is the appropriate method to use to ensure the scheme lasts for generations.”

The assessor who examined him was a physiotherapist and when Dr Gauntlett obtained their report, which “took a little while”, he said he felt it didn’t accurately reflect what he had told them.

“There were some issues which I have provided feedback to the National Disability Insurance Agency in relation to, which I would hope would be corrected or changed in a material fashion in relation to this process going forward,” he said.

“There is a place, I suspect, for individuals with complex support needs to have multidisciplinary assessments of what their requirements are.”

The process should be changed to incorporate “clear review and appeal rights so if an error is made the actual assessment itself can be considered”, he told the committee.

“I have concerns whether the present approach to independent assessments undertaken by the National Disability Insurance Agency, in this particular trial, is compliant with articles of the CRPD [United Nations Convention on the Rights of Persons with Disability],” he said, flagging in particular that it was done by a single assessor for finite time period using particular tools and with no appeal rights.