Just one in five talk to their moms less frequently than that. 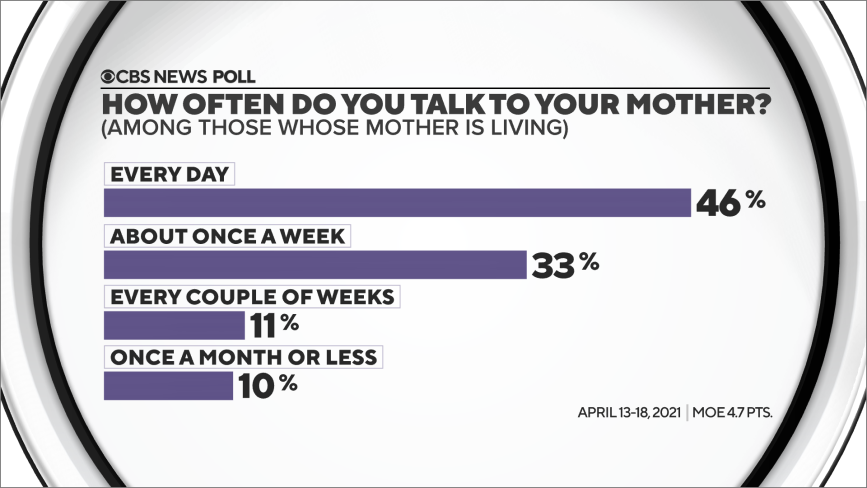 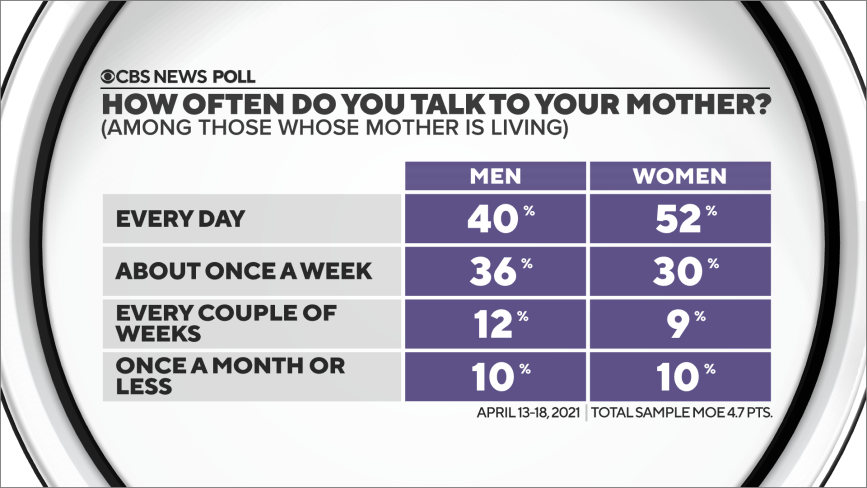 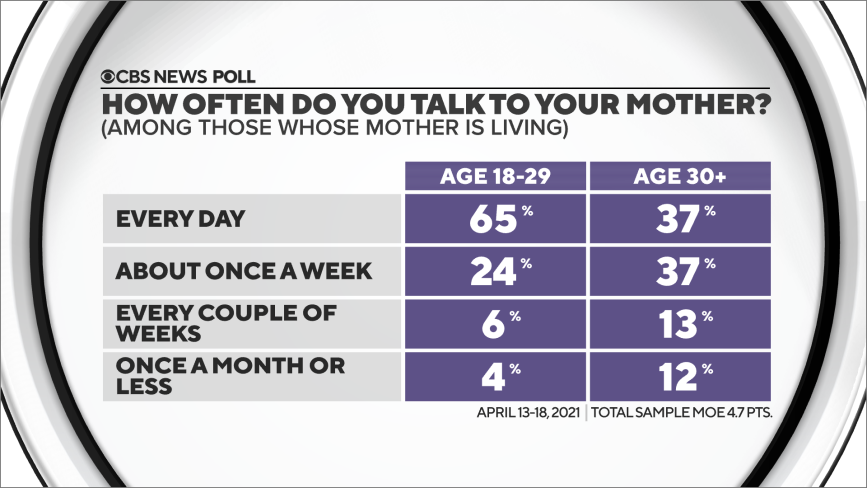 This poll was conducted by telephone April 13-18, 2021 among a random sample of 1,011 adults nationwide.  Data collection was conducted on behalf of CBS News by SSRS of Glen Mills, PA.  Phone numbers were dialed from samples of both standard landline and cell phones.

The poll employed a random digit dial methodology. For the landline sample, a respondent was randomly selected from all adults in the household. For the cell sample, interviews were conducted with the person who answered the phone.

Interviews were conducted in English and Spanish using live interviewers. The data have been weighted to reflect U.S. Census figures on demographic variables. The error due to sampling for results based on the entire sample could be plus or minus 3.5 percentage points. The error for Americans whose mother is living could be plus or minus 4.7 percentage points. margin of error includes the effects of standard weighting procedures which enlarge sampling error slightly. This poll release conforms to the Standards of Disclosure of the National Council on Public Polls. 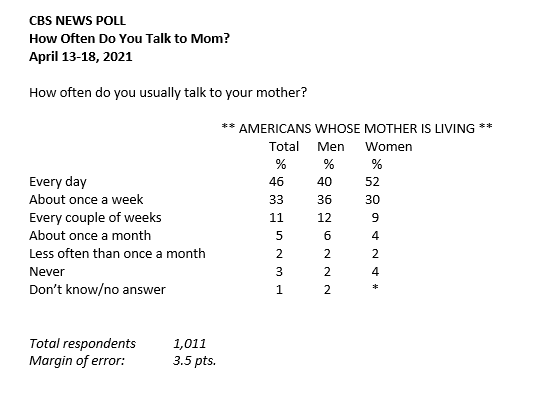