We’re going to need to think through new ways of presenting operas and potentially consider new venues says Rod Sims, the newly announced chair of the Opera Australia board.

“I don’t mean walking away from the Opera House,” he emphasises. “But, as you may know, we’ve got a challenge in Melbourne over the next few years, and we’ll need to think creatively to put on even more in Melbourne.” 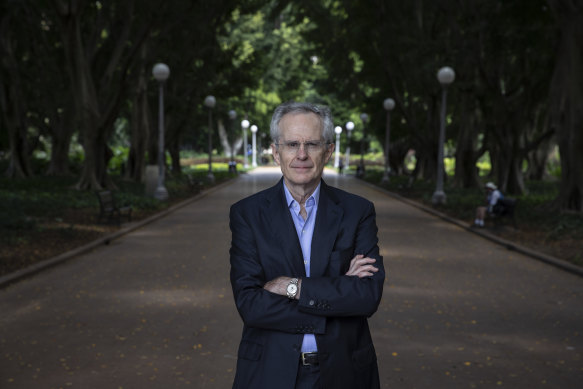 Opera Australia recently came under fire for its 2023 program which includes no staged performances in Melbourne and a handful of concerts. “I think we need to do more there. We’re putting on five or four things really, this coming year, and they’re all of high quality, but it’s still a bit thin,” he says.

Starting this week, Sims takes over the role from Glyn Davis, who has only been chair of the Opera Australia board since November 2021. Davis will be moving on to a new position as secretary of the Department of Prime Minister and Cabinet.

Sims, who is a professor of public policy at ANU, brings with him a wealth of experience across both commercial roles and in the government, including having been the principal economic adviser to then-prime minister Bob Hawke from 1988 to 1990. In 2019, the Australian Financial Review described him as “the most feared man in business”.

After 11 years as the chair of the Australian Competition and Consumer Commission (ACCC), Sims finished up in March this year and is excited to step into his new position.

His passion for opera has been low-key but significant, both as an audience member who has seen productions around the world, and more recently as an Opera Australia sponsor. “It’s been a big part of my life, albeit one not much trumpeted,” he says.

Sims emphasises teamwork, and the strong foundations that Opera Australia has. His ideas and hopes are all to do with building on what is already there.

Asked if it’s a priority to address the criticism that Opera Australia is too Sydney-focused and to try and make things more national, Sims’ response is immediate. “Absolutely. Yes and yes.”

On Melbourne’s 2023 program of concerts he says, “It’s all great, but there’s no doubt it’s too thin. I’ve heard a range of reasons why that’s the case … but that doesn’t matter. Looking forward, we’ve got to embrace Melbourne, we’ve got to collaborate more in Melbourne as well and really be seen as part of the Melbourne arts scene. And I’m really determined that that will be the case.” 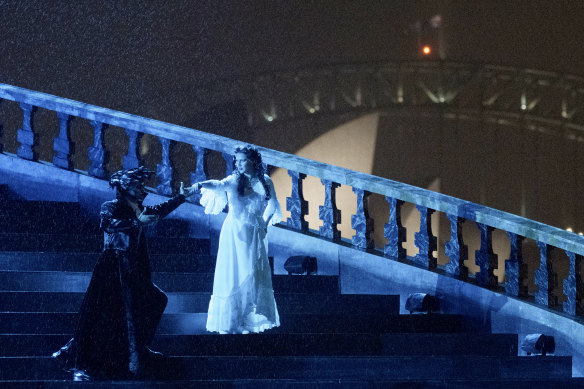 A scene from Phantom of the Opera on Sydney Harbour in March 2022.Credit:James Brickwood

It’s not just Melbourne, either. “I think there are a lot of things we can move the dial on,” says Sims. Collaboration is one priority, particularly outside of Sydney, with other arts companies and in other capitals around the country.

Another emphasis is on fostering Australian talent, from singers through to conductors, directors and production staff. Sims highlights that many skilled singers have been nurtured by OA, “but I suspect we could do a little more and get perhaps a few more Australian singers into some of the roles.” He’s also keen to tell more Australian stories, to bring a local edge to some of the staging, make opera more accessible to a diverse audience, and to work to raise the profile of the arts overall.

“So there are many challenges there,” he says. “I’ve no doubt that’s where Opera Australia wants to head with or without me, but those challenges, I think, are ones that are really exciting – they’re difficult, and I’m really keen to engage with them.”

He’s confident however that the team at Opera Australia can tackle these goals head on. “We’ve got a great new executive, Fiona Allan. She’s just terrific, and she’s got a good team around her,” says Sims.

The board is currently made up of six members, three in Melbourne, two in Sydney and one in Brisbane, but Sims explains that there is capacity for 11, “so we’ll certainly be getting some more directors”.

”We’ve got a great board, we’ve got a fantastic CEO, good staff in place. So working with them is how anything’s going to be achieved. And that’s what I’m really looking forward to.“

Asked why opera is such a vital part of the cultural landscape, Sims doesn’t hesitate. “I just think that striving for perfection lifts us all up in terms of how we do things and go about our lives,” he says. “There is scope with all arts to tell stories and help us interpret ourselves and the world.”