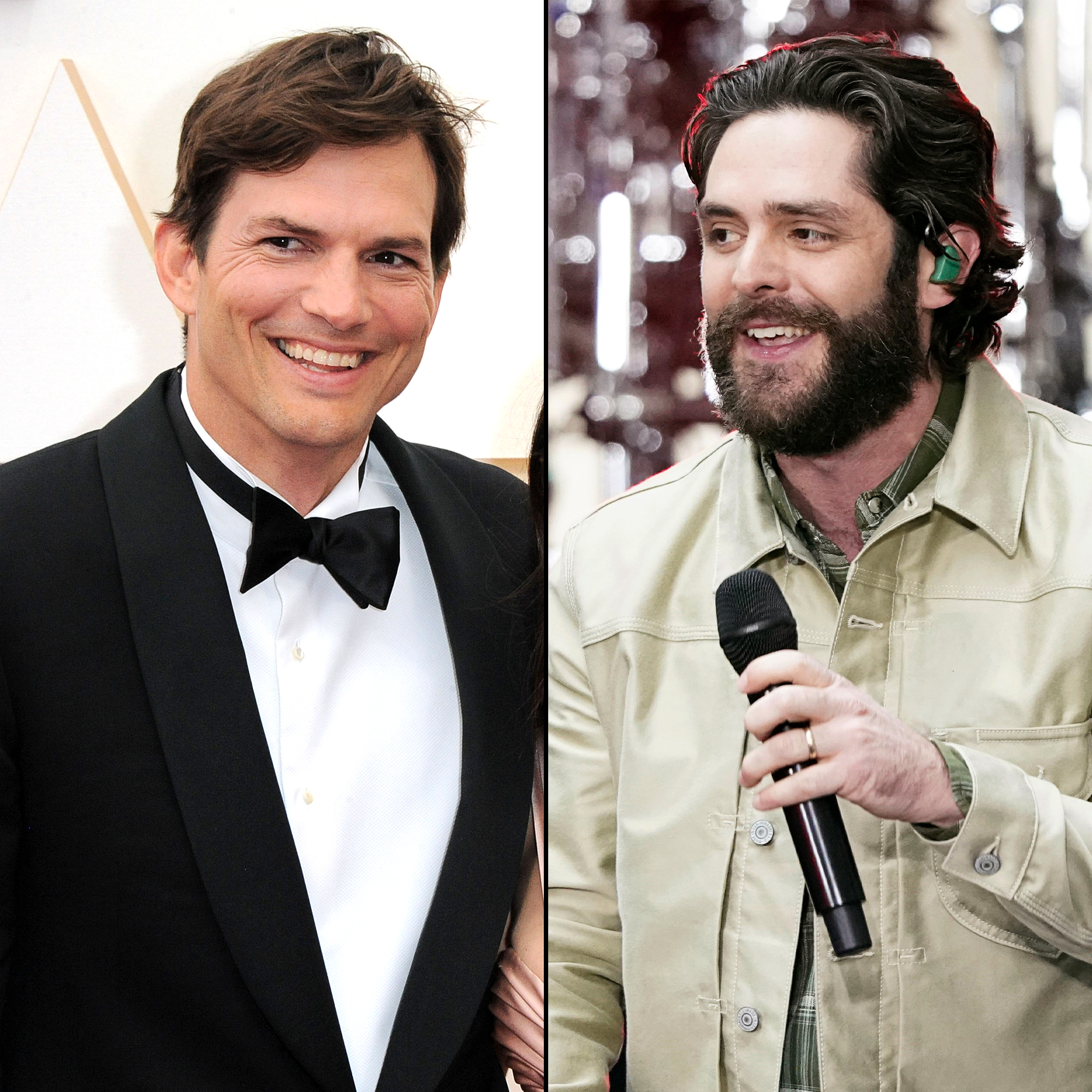 “What a night @stagecoach 🙌 one I’ll never forget,” the Georgia native, 32, captioned Instagram footage on Friday, April 29, from the Indio, California, stage, while performing “Die a Happy Man.”

After crooning his hit ballad, the father of four — he shares Willa Gray, 6, Ada James, 4, Lennon, 2, and Lillie, 5 months, with wife Lauren Akins — picked up the tempo for the remainder of his set. Alongside the 44-year-old Ranch alum and musician HARDY, Rhett covered Garth Brooks’ “Friends In Low Places” from 1990.

“OK last one about stagecoach,” Rhett wrote via Instagram on Saturday, April 30, sharing performance photos. “Thanks to everyone who came out and danced, jumped, smiled and sang. Till next time cali! Shout out to @hardy @jonpardi and @aplusk for joining me on stage!”

Kutcher surprised concert attendees with his presence, donning a white cowboy hat, red bandana and a shirt that read, “Support your local farmer.”

The Iowa native — and his wife, Mila Kunis — are longtime country music fans, even attending the Indio festival several times since 2014. Kutcher first connected with Rhett during one of his previous sets.

“Someone that I have met maybe outside of the music world that I would not in a million years have guessed they were a fan would be Ashton Kutcher,” the “Unforgettable” crooner told his record label, Big Machine Records, in a March 2019 blog post. “From that we kind of spurred a relationship. I remember him and his wife, Mila Kunis, which is crazy, invited me and Lauren to dinner one night in L.A. And we’re sitting there going, ‘Are we seriously about to go to dinner with them? Like, this is nuts.’”

He added at the time: “[It was] just one of those things where before we walked in, we’re like crossing our fingers, like, ‘Please be as cool as we think you are.’ And we walked in and just immediately hit it off and we’ve gotten to become decently close with them. … Never in a million years would’ve dreamed that one of my favorite actors would have been a fan of mine without ever meeting before.”

Rhett previously enlisted the That 70’s Show alum to help out during an August 2016 concert in Iowa City.

“Do you think Ashton Kutcher knows the third verse?” Rhett asked via Instagram footage at the time before the Jobs star joined him on the stage to sing together and drink a couple of beers.