‘One Of Us Is Lying’ stars and author Karen M. McManus tease the highly-anticipated TV adaptation of the best-selling book in our EXCLUSIVE interview and hint at changes from the book to screen.

One Of Us Is Lying is coming to television after lighting the young adult genre on fire. The series is based on a best-selling book written by Karen M. McManus. The author and the show’s stars, Annalisa Cochrane and Chibuikem Uche, spoke EXCLUSIVELY with HollywoodLife about whether or not the show is faithful to the book. “Just being a pure fan of the book, there were so many scenes that were so integral to both of our character development that made it into the show that I think fans are going to be really excited to see come to life,” Annalisa said.

Karen told HollywoodLife, “I’d say it’s faithful to an extent. It is certainly recognizable as being based on its source material, and there are some iconic scenes from the book that have made it on screen, which has been really fun for me personally to watch. But it does take the characters and the plot in some new directions as well.” 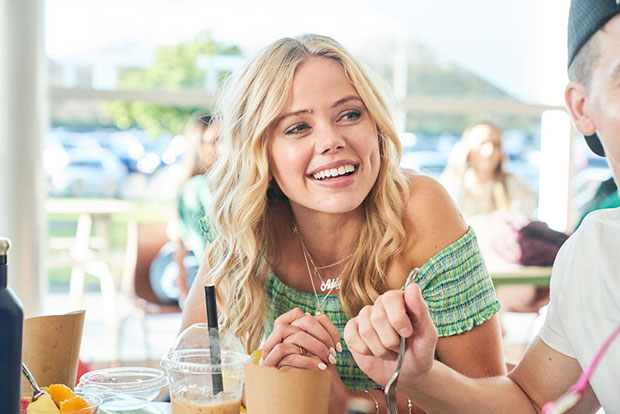 She also noted that it’s “fun to see your characters go in different directions. That’s one of the exciting things I think about the adaptation process. When you write a book, it’s a very solitary exercise. It’s me, my editor, that’s about it. When a TV show is being produced, there are just so many people who share their perspective and are part of the process, so you have that richness, which is very different from the book world.”

The series follows four teens — Addy, Cooper, Nate, Bronwyn — who become prime suspects after a fellow student ends up dead in detention. Secrets are uncovered as the search for who killed Simon gets underway. Annalisa and Chibuikem revealed why they were drawn to their characters.

“I think for me it was just that Addy Prentiss is just the girl on the surface that I always thought I wanted to be,” Annalisa said. “The popular girl, [who] has it all together, has her group of friends, her hot boyfriend… is on it with the style, makeup, hair, but she does not have it together, and she’s barely holding her life together.”

Chibuikem said that on the surface, Cooper is a “superstar athlete. He’s about to go pro in baseball.” However, he’s also on a “journey of self-discovery and how he wants to present himself in the world and come to terms with who he is and the relationships that exist with his dad and his brother and girlfriend and love interest.” 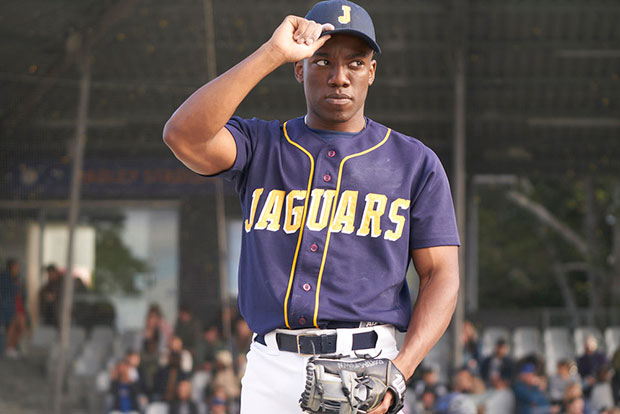 The core cast members — Annalisa, Chibuikem, Marianly Tejada, and Cooper van Grootel — first met at a diner in Toluca Lake. What was initially supposed to be a quick chat turned into the four actors being together for 9 hours. “It was pure chemistry off the bat,” Annalisa raved.

Karen gushed that it’s “really amazing” to see the connection between the actors. “They have such a genuine bond with each other, and it really feels like the bond that my characters had in the book,” she told HollywoodLife. One Of Us Is Lying premieres its first 3 episodes on October 7 on Peacock.