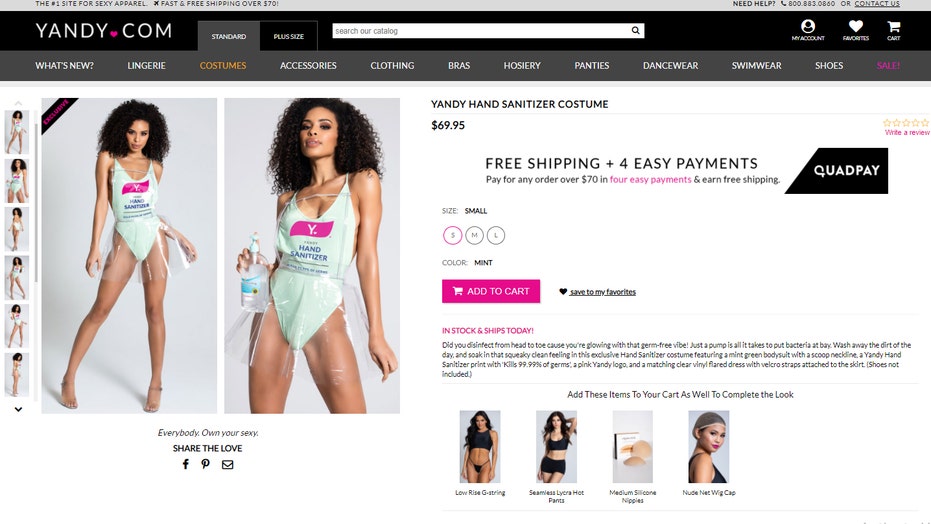 Some fans don’t think it’s a wonderful thing for the neighborhood.

The vice president of merchandising at Yandy has previously promised that the company would not market skimpy coronavirus-themed costumes, remarking that there isn’t “anything sexy” about the concept.

But hand sanitizer and banana bread? Apparently, those are sexy, sexy, sexy!

The online retailer, which has already debuted skimpy “mail-in ballot” and “Tiger King”-themed costumes ahead of Halloween 2020, is now offering yet another skin-tight take on this year’s trending topics with the introduction of “Hand Sanitizer” and “Banana Bread Boredom” costumes.

“Did you disinfect from head to toe[?] Cause you're glowing with that germ-free vibe!” writes Yandy in the product description for the Hand Sanitizer costume. “Just a pump is all it takes to put bacteria at bay.” 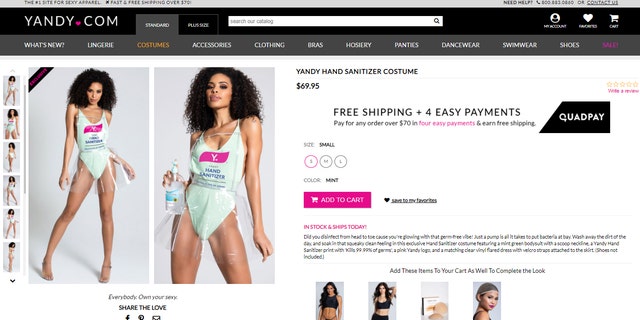 The costume, which retails for $69.95, comes with a mint green bodysuit printed with the words “Yandy Hand Sanitizer, Kills 99.9% of Germs,” as well as a clear vinyl dress. No actual hand sanitizer is included with the outfit.

Not exactly what you had in mind this Halloween? Then allow Yandy to sell you on its Banana Bread Boredom costume: 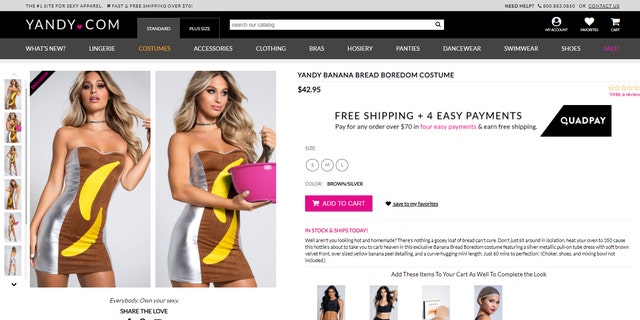 The "Banana Bread Boredom" costume seemingly commemorates those few weeks when nearly the entire country decided to take up baking all at once.
(Yandy.com)

“Well aren't you looking hot and homemade? There's nothing a gooey loaf of bread can't cure. Don't just sit around in isolation, heat your oven to 350 cause this hottie's about to take you to carb heaven in this exclusive Banana Bread Boredom costume,” the description reads.

Yandy has never been one to shy away from sexy or controversial Halloween costumes in the past. But during an interview with Business Insider in September, the retailer’s vice president of merchandising said the brand had no intentions of marketing a coronavirus-themed costume.

"I don't think there's anything sexy about it," Pilar Quintana-Williams told the outlet.

Current events aren’t off the table entirely, though. In addition to the “Mail-In Ballot” and “Tiger King”-inspired costumes, Yandy has also debuted a “Banned App” costume, created in response to the Trump administration’s proposed ban on TikTok; and a “Postal Babe” costume, released amid the controversy over mail-in voting. The online retailer is also selling “I Voted” pasties, although it’s debatable whether those could be considered a costume on their own.