Fox Business Briefs: Panera Bread has plans to target customers looking for a fast ready-to-go meal during the week.

Panera Bread is reintroducing the fan-favorite Bistro French Onion Soup after its temporary removal in September prompted a national outcry across social media.

The coveted soup, which has been a staple on the menu for years, was temporarily removed so the company could make room for its seasonal returns of Turkey Chili and Autumn Squash Soup, according to Panera’s website.

However, fans of the chain, which has become famous for its bread bowls since being founded in 1980, didn’t take too kindly to the news.

After the item vanished from menus nationwide, the St. Louis-based bakery-café chain, which is privately held by JAB Holding Company, quickly became deluged with tweets from those seeking its return.

Instead of responding to the messages, the company hit back with a satirical video featuring Phyllis Smith, who is widely known as Phyllis Vance from NBC's "The Office."

"Were you one of the people who messaged us about French Onion Soup? We heard you…and yes, so did Phyllis Smith," the company tweeted.

The brand "hired" Smith as its social media coordinator to deal with the French Onion Soup fallout. At the beginning of the company's video, Boo Detch, Panera's social media manager, said the company's decision to remove the soup from the menu has "taken a toll" on its social media team. The video then jumps to a shot of Smith, who is seen sitting at a cubicle reading off expletive-filled tweets.

DOORDASH DELIVERING POPEYES CHICKEN SANDWICHES FOR FREE. HOW TO GET YOUR HANDS ON ONE

“When you listen to your consumer, you can find great ways to interact with them," said Chris Hollander, senior vice president of marketing at Panera Bread. "There’s always an outcry when a fan favorite goes off the menu for the season – and the uproar on social around French onion gave us a reason to show our fans we heard them loud and clear — with a fun Panera twist." 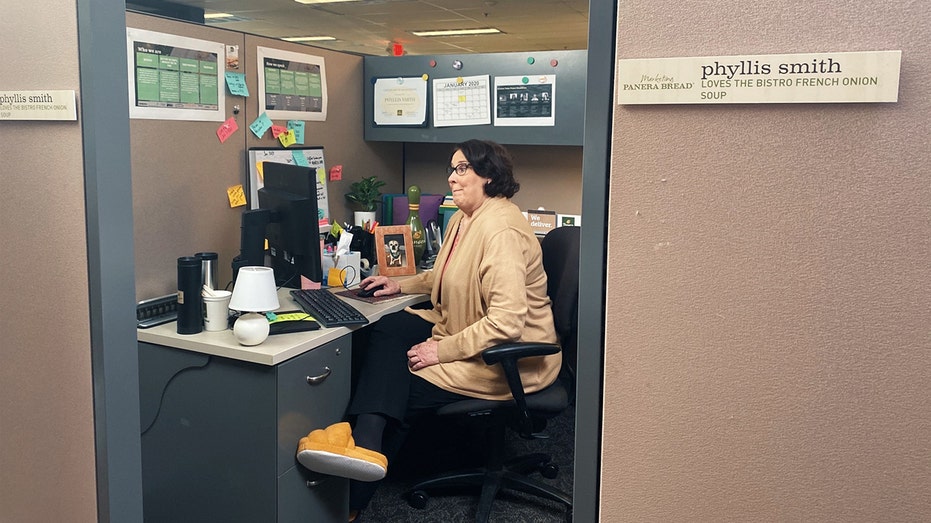 Smith is a St. Louis native and since Panera’s headquarters are in St. Louis, the company told FOX Business it made sense to tap her to help celebrate the soup’s return.