We must not ride the tiger of populism: PENNY MORDAUNT backs Jeremy Hunt as she says Britain needs a democrat, listener and negotiator 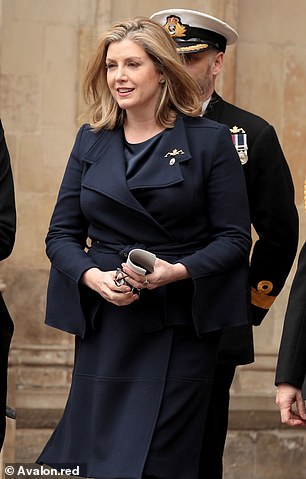 Let me apologise to the millions of people, outside of Westminster without a Conservative Party membership card, who are watching those who do choose their Prime Minister.

You are going to be subjected to hustings, wall-to-wall broadcast coverage, and copious column inches all about the candidates, their families, their pets and their ovens!

What you won’t have is a vote. All Conservatives should remember that the decision we are taking has a profound effect on you.

Whoever we select has one hell of a shift. The challenges they face are about so much more than the fortunes of a political party.

People are angry and frustrated. Trust in politicians is at an all-time low. We gave you a clear mandate to leave, so why haven’t you done it yet? What part of ‘WE WANT TO LEAVE’ do you not understand?

In truth, the reason Brexit hasn’t happened yet has nothing to do with the lack of mandate, but the lack of a majority to enact it. True, some politicians have tried to frustrate the process. On the Labour side for political gain. On the Conservative side, for purity of outcome.

Every sensible Conservative knows that we either leave Europe or we leave government. It’s as simple as that. But we should also remember that there is a far more important reason why we must deliver Brexit: The country needs us to.

Having given the vote to the people we must implement their choice. Faith in democracy and our politics depends upon it. Business needs us to extract it from this limbo. It can prepare for any eventuality, but not every eventuality. It must have some certainty. It must have it soon.

The people want this settled swiftly. But we must also settle it well.

How we Brexit must preserve the opportunities that come from leaving the EU, such as the benefits of an independent trade policy. Deliver it well and we can do so much better than just WTO terms. If we manage to secure a good deal, we’ll have less to mend now and more to spend later on clear and present needs, like education, social care, the NHS and our Armed Forces. 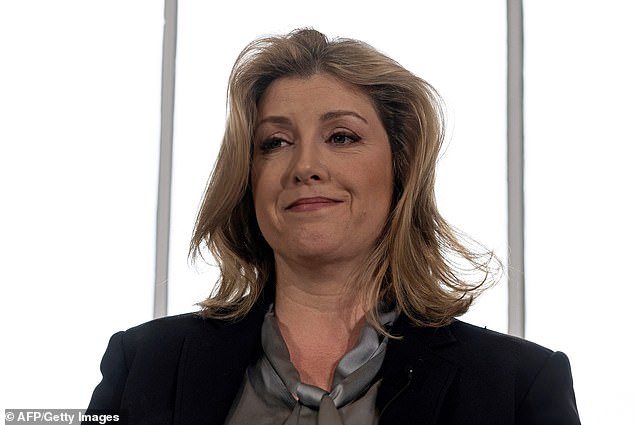 If we manage to secure a good deal, we’ll have less to mend now and more to spend later on clear and present needs, like education, social care, the NHS and our Armed Forces, writes Penny Mordaunt

And in the coming months a new leader must bring us together.

The nation, like my party, has been divided on this issue. Half of us are appalled that the other half voted to leave, that half appalled that we have yet to leave. If we Brexit well we can restore that pride in each other and move on as a country.

The next Leader must deliver unity and Brexit fast and well. So why are staunch leavers like myself and Liam Fox backing Jeremy Hunt?

The greatest act of patriotism in the last three years was not people like me who voted to leave, but those who voted remain and accepted the result, Jeremy included. We don’t need a Remainer or a Leaver. We need a democrat. We need a listener. We need a negotiator. We need a unifier. We need an intelligent, experienced leader to reach out to help us get the majority we need to break free. He has the ability to negotiate a way through. He knows Europe’s leaders well and is respected by them. He knows what he must do if he cannot secure a deal and he has been strong and resolute on this point the whole time I have been in Cabinet.

All his working life he has been someone who does, not just says. Who creates opportunities, not just exploits them. Who brings people together, not divides them.

To deliver Brexit we need to find a consensus in the party. We must not end up with further division by just reinforcing factions in the party, Parliament or the country. We must use this time to map out a plan, persuade others of it, signal both our resolve and our ideas to Brussels, and reassure those worried about the future why they should be confident.

In order to leave with a deal, we need to take the majority with us.

This is as true for Brexit as it is for the next General Election.

To secure that majority we need Jeremy Hunt.