The brand’s website claims it is an ‘excellent tool for editing your photos for your Instagram, Facebook profile or posts for many other social media platforms.’

However some Twitter users are worried about the fact the app claims to be able to slim down photos, and fear it could fuel catfishing. 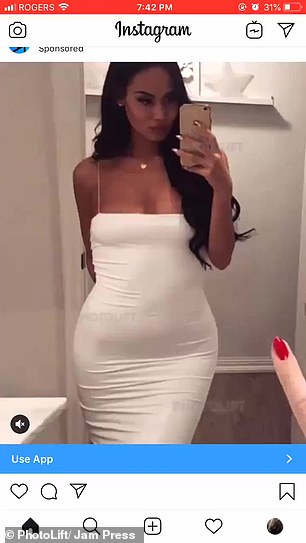 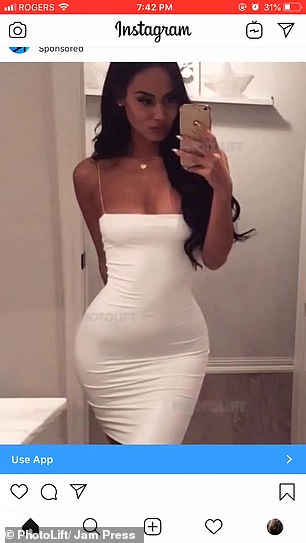 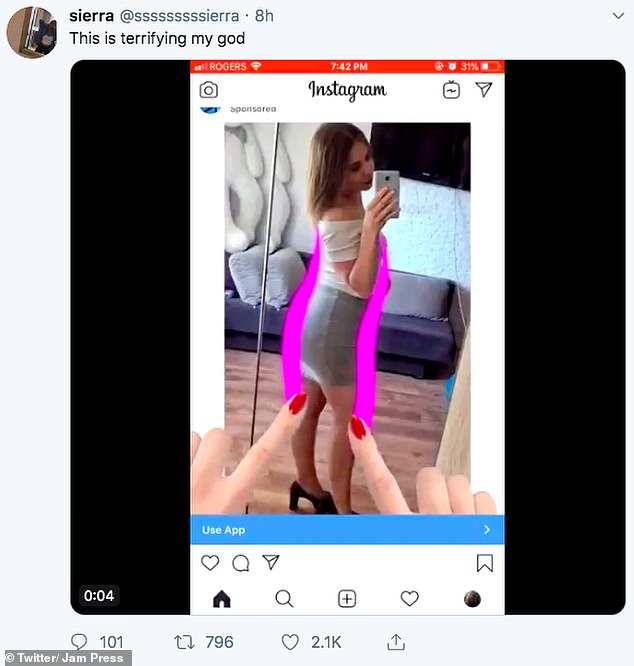 The video shows Instagram-like pictures of women being slimmed down thanks to the app’s photo editing tool.

Other users have responded with their own criticism of the app – with some claiming it could fuel catfishing – the practice of creating a fake identity on a social network account, usually targeting a specific victim for deception. 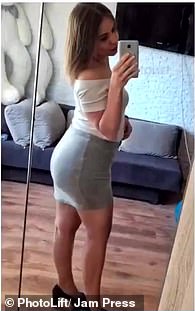 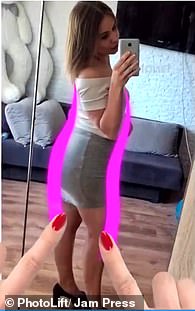 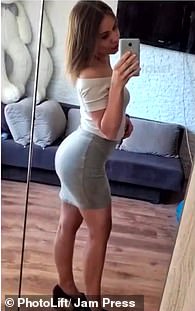 The app doesn’t only focuses on weight, and can also be used to edit out tattoos.

Thanks to the software, you can change the tattoo’s intensity or even erase it altogether.

For men, the app can also add several different beard filters to your chin, from mustache to goatee to a full chinned-beard. 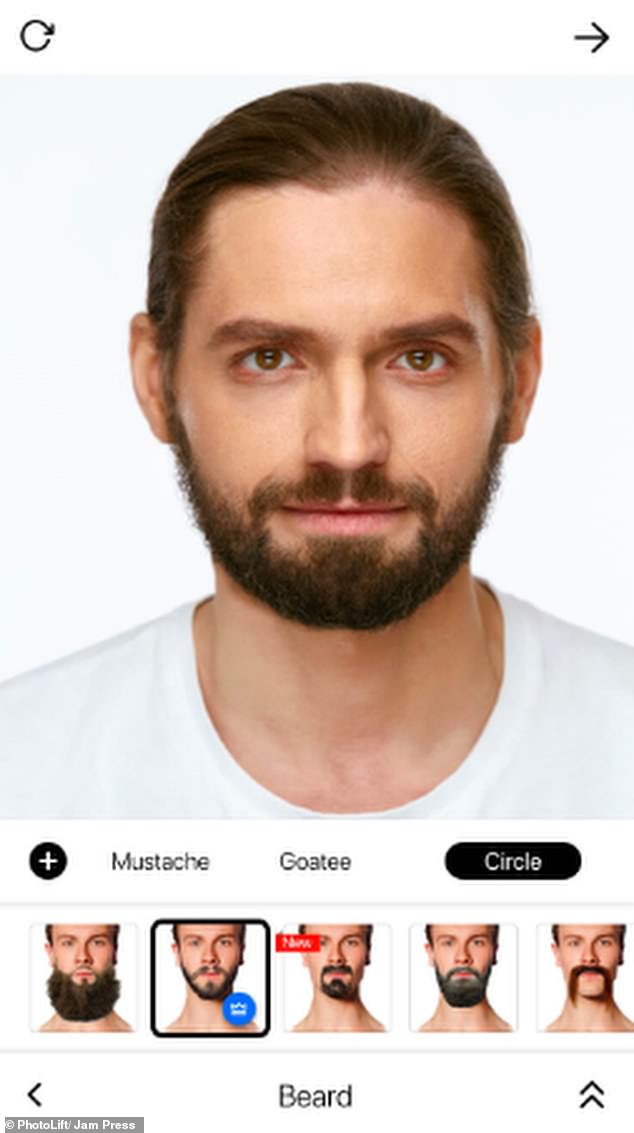 For men, the app offers a selection of different bear filters to apply to your chin, from mustaches to goatees (pictured) 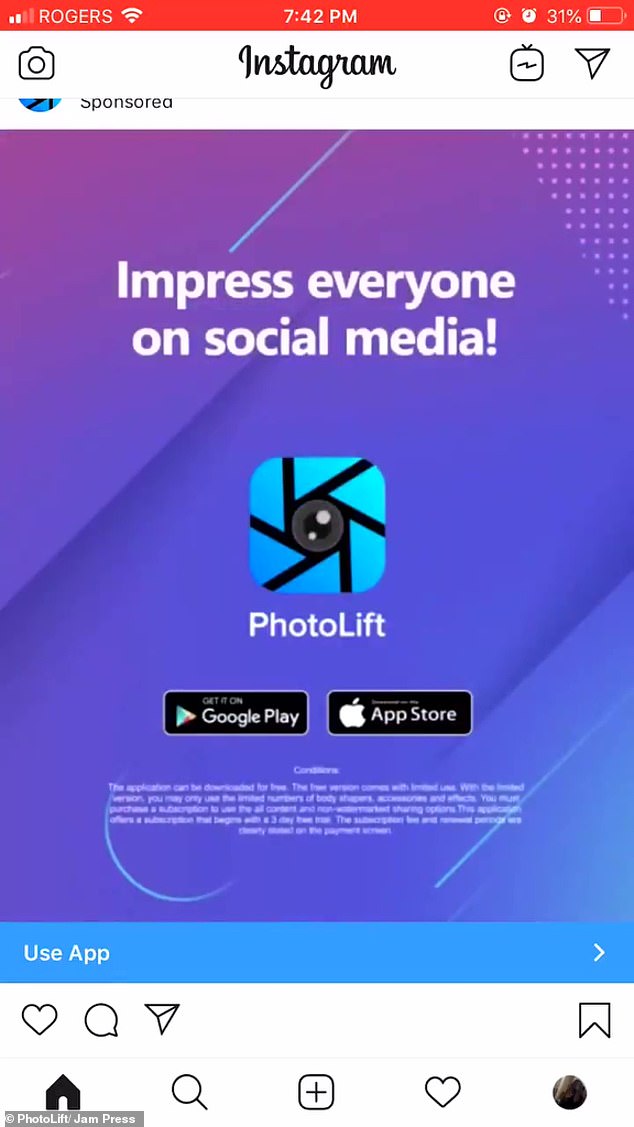 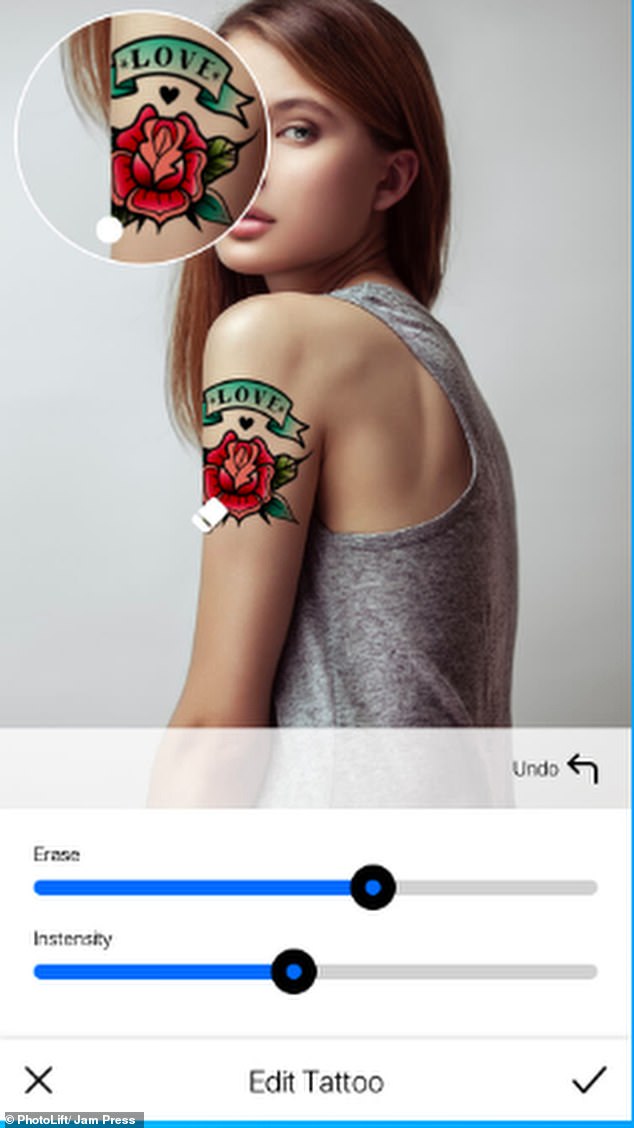 The app can also be used to edit out tattoos, by changing their intensity or even erase them altogether 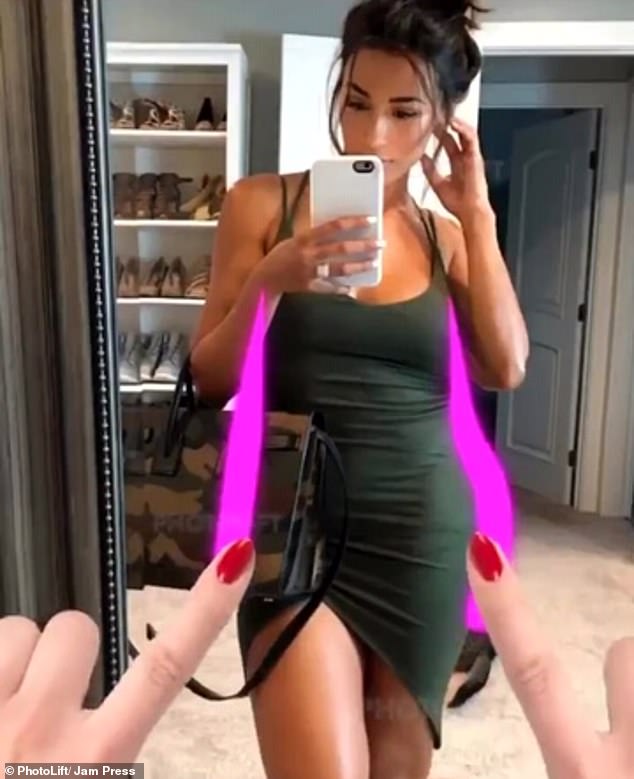 Women have had a go at the app and shared its results on social media.

@Crazy_short commented ‘I went to download it to see if it was legit & I’m terrified..

‘This app is shameful, and it should never be this serious,’ she added.

‘Love your body, in whatever shape, size, or shade it comes in.’]

Another woman said she did not want ‘little girls getting a hold of this’ and pointed out it could lead to body-image and self-esteem issues in the future. 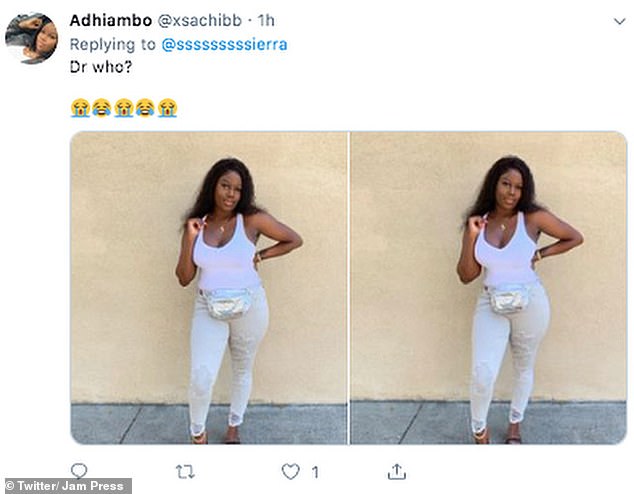 This woman (pictured) shared the app’s results on Twitter, showing off her trimmer silhouette in the pictures 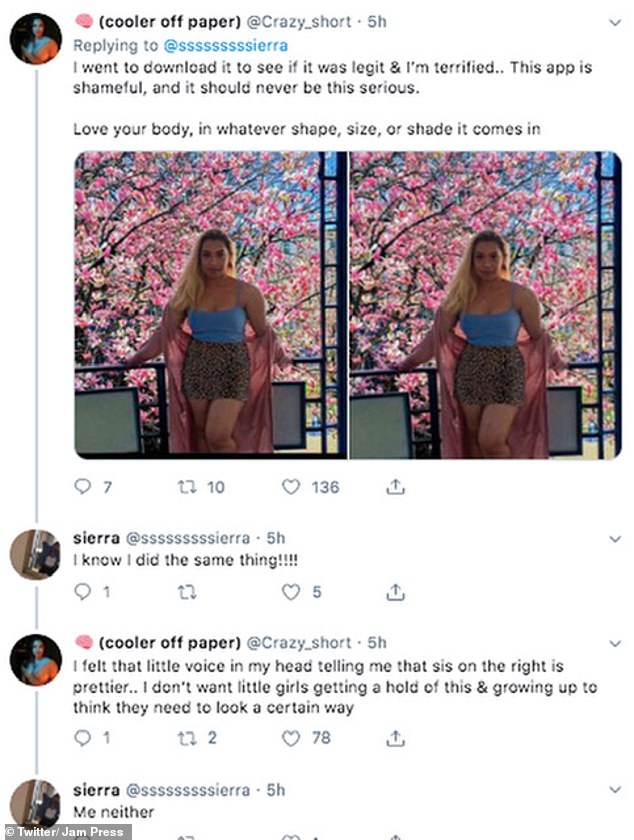 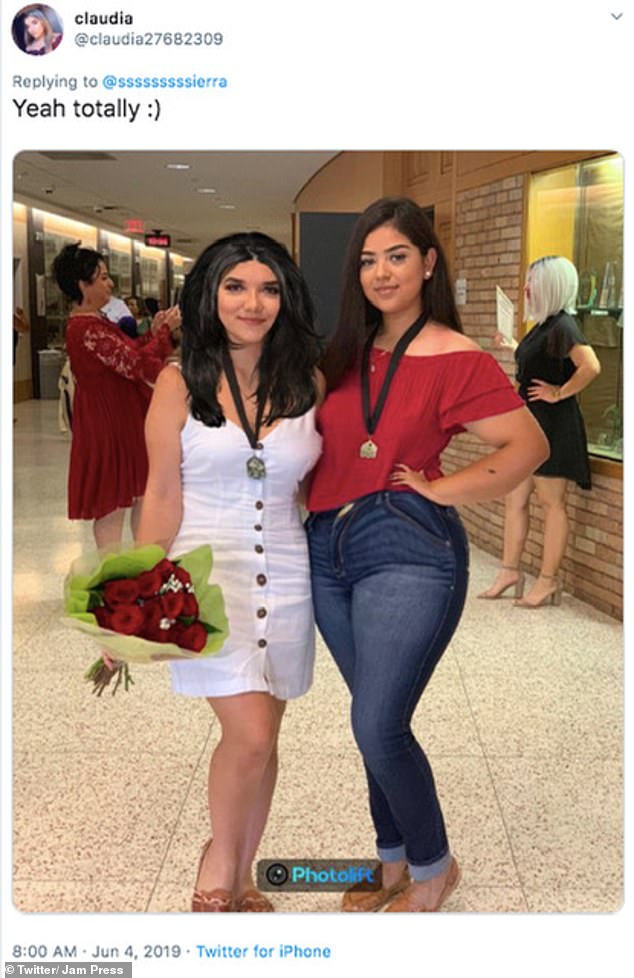 Another user shared a picture of her and her friend after using Photolift (pictured). Twitter users are claiming the app could be use to catfish people on dating apps