A Philadelphia restaurant is charging a hefty minimum for diners – and some customers are saying it’s discriminatory against anyone who wants to eat out without breaking the bank.

Steak 48, a steakhouse in the Center City neighborhood of Philly, which also has locations in Chicago, Houston and Charlotte, is getting skewered for setting the standard tab for a meal at its restaurant at $100 per person, not including tax and tip, and imposing a strict stress code that prohibits casual attire some are finding offensive. 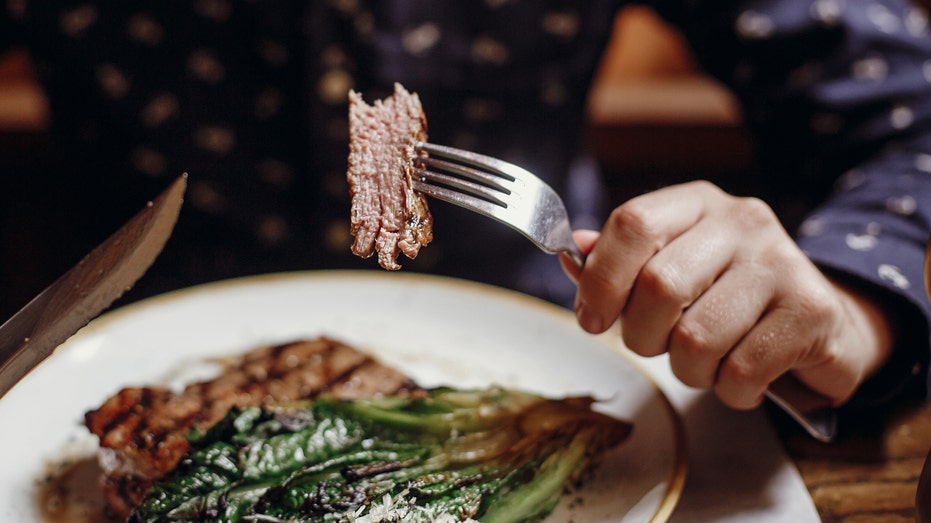 A Philadelphia restaurant is charging a hefty minimum for diners – and some customers are saying it’s discriminatory against anyone who wants to eat out without breaking the bank.  (iStock)

"There is a $100 per person food & beverage minimum for each person at your table in order to ensure that each guest enjoys the total experience of food, service and atmosphere. This does not include tax or tip," a photo of a sign tweeted by Philly’s "The Realest Podcast Ever" shows.

The upscale steakhouse’s new restaurant dress code prohibits casual wear such as sweat suits or workout attire and anything that shows "excessive cleavage" or "clothing emitting offensive odors such as excessive perfume, cologne, tobacco, and or marijuana," according to Steak 48's website.

Critics were quick to bash the steakhouse for its new policy, with some challenging the restaurant to pay its workers higher wages if they’re going to charge customers more upfront.

"That place is always crowded. It’s tough to get a reservation. I’ve been several times," Rev. Marshall Mitchell of Salem Baptist Church of Abington said, according to CBS3, adding: "My mother is 84 years old. She’s not going to buy a tomahawk steak and three cocktails. She might not get to $100, so what are we saying to that customer?"

Another user commented on Twitter that the policy was unfair, particularly for those who may have lost their jobs during the pandemic.

"Yet another way to alienate customers. A lot of people are just getting back to work. I have questions."

Others took the policy changes more lightly, with one social media suggesting on Twitter the restaurant "change the name to Steak 100."

Steak 48, a family-owned restaurant run by brothers Jeffrey and Michael Mastro, opened last September amid COVID-19 and had to shut down for two months before reopening in January, according to PhillyVoice.com.

Steak48 did not immediately return a FOX Business request for comment. In a statement obtained by CBS3, the restaurant said the policy was put in place for guest experience and to support its staff and keep business afloat.

"Like many restaurants in our industry, we've had to make some updates to our policies, like the $100 per person minimum in an effort to support our staff and restaurant's operations, and provide the ability to be successful as a steakhouse designed for the full sit-down experience," the restaurant said.