A winner has been crowned in the annual World’s Ugliest Dog competition – and his owner is thrilled.

Jeneda Benally took home the prize money of $1500 after her dog, Mr Happy Face, was announced the winner at this year’s ceremony in Petaluma, California.

While the 17-year-old Chinese Crested pooch took the top spot, there were several worthy runners up.

The contest, which promotes adoption of animals over buying from a breeder, was held yesterday in the Sonoma County city of Petaluma after a two-year break due to the pandemic.

Mr. Happy Face himself was adopted by owner Jeneda, after he was rescued from a hoarder’s home. 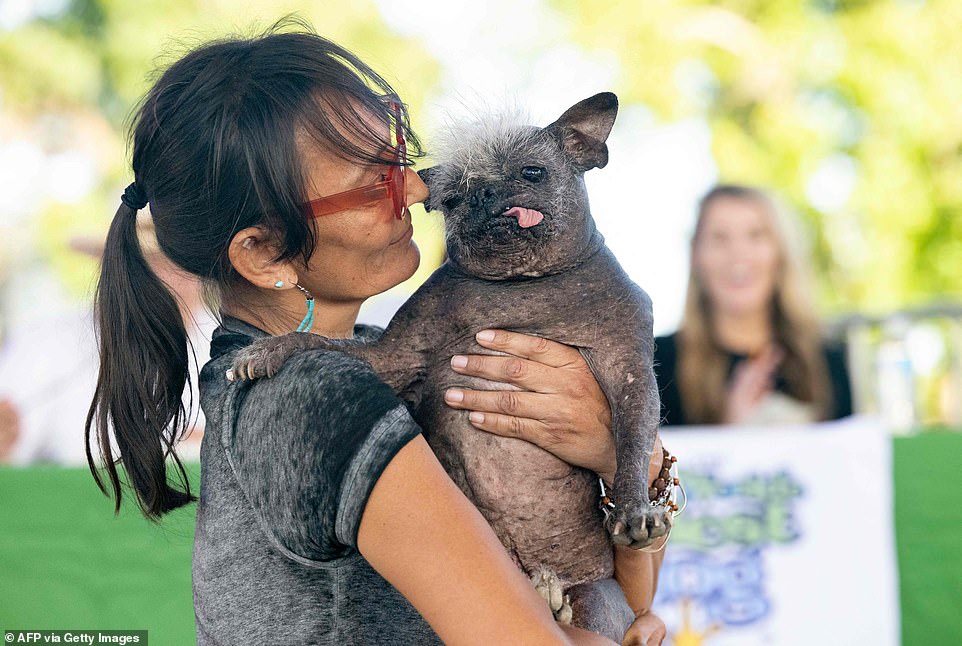 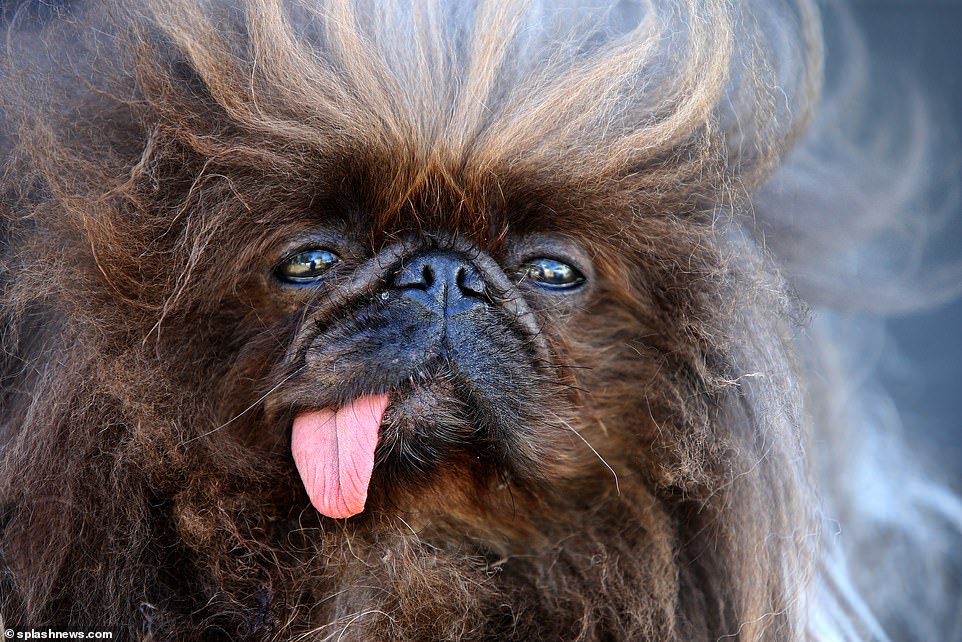 Ann Lewis’s pooch Wild Thing was a worthy runner up in the competition, with his tongue hanging out and ever-so-slightly frizzy hair shooting off in all directions 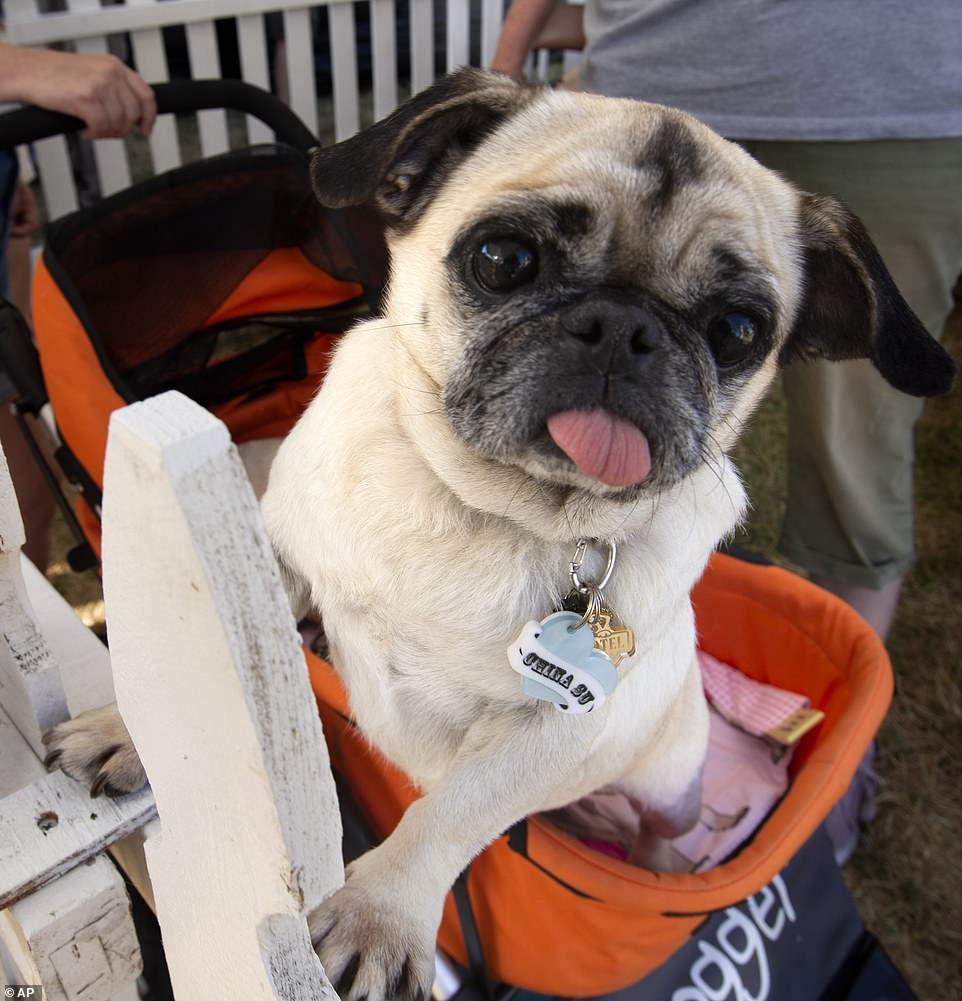 This lovely little pug China Su, who was rescued from China, waited patiently for her turn on stage at the competition 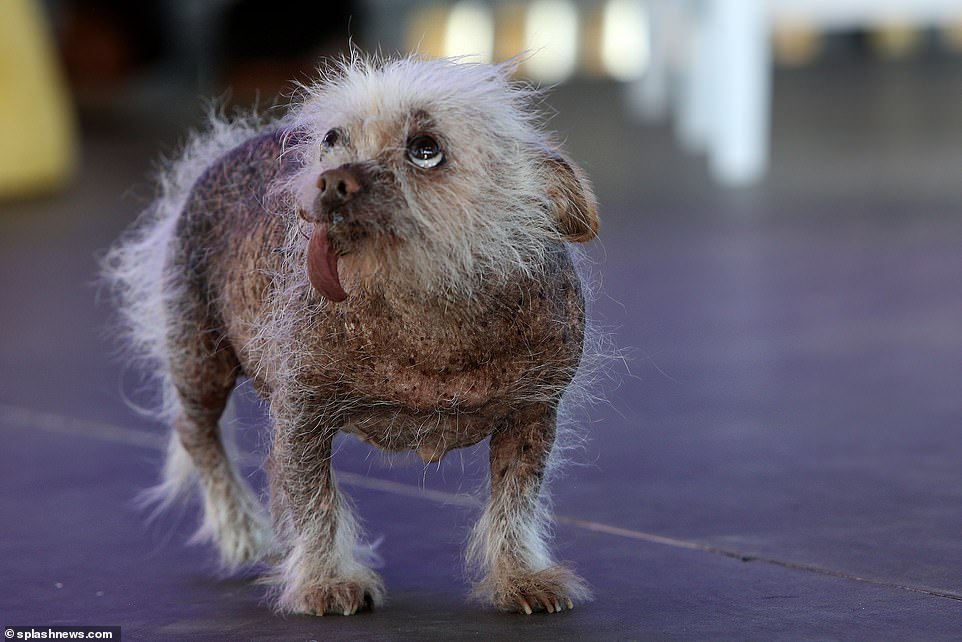 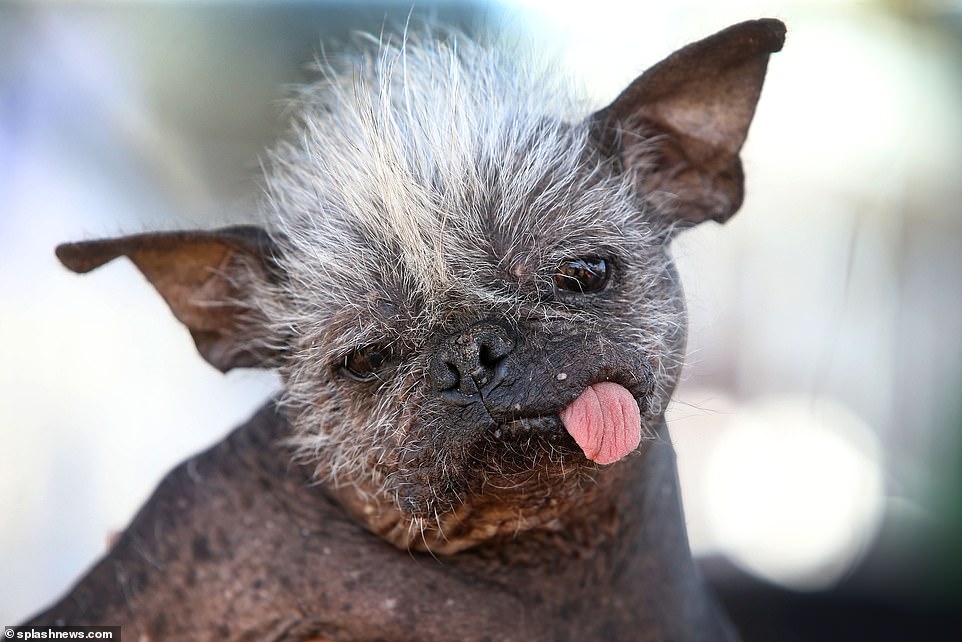 Mr Happy Face, who was rescued by his owner Jeneda from a hoarder’s house, didn’t look thrilled about his new title 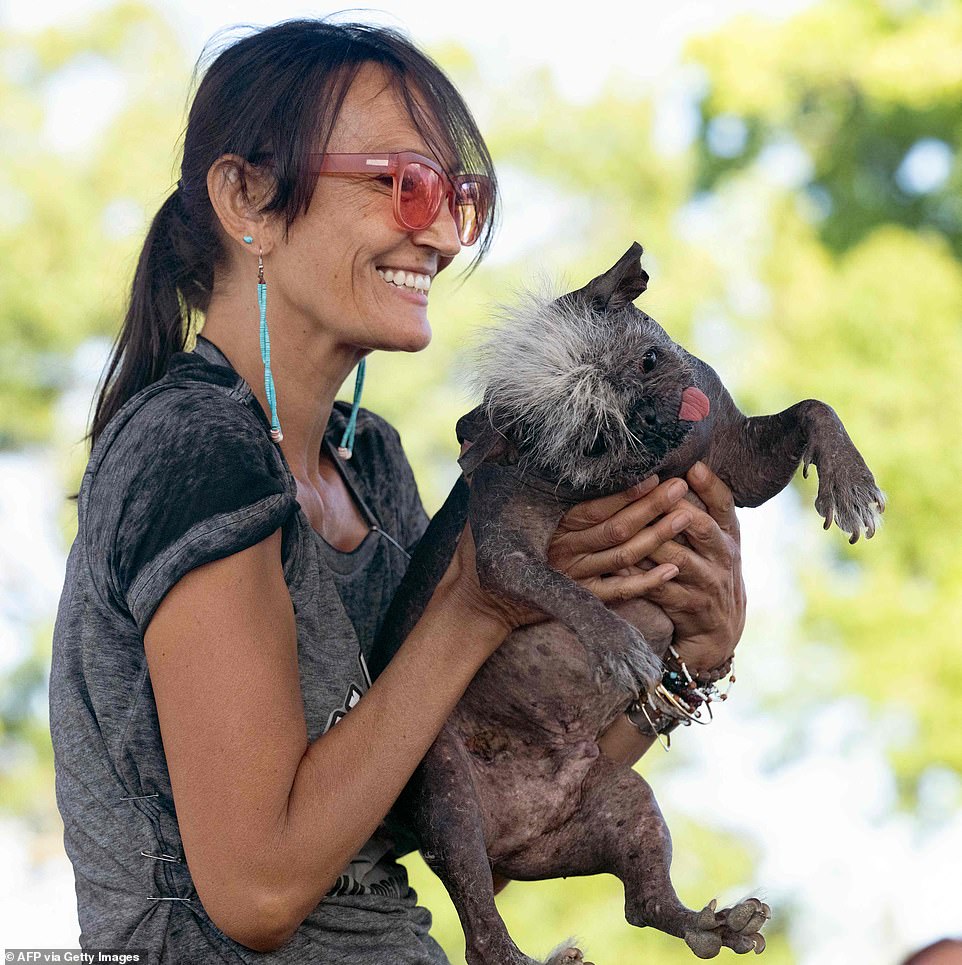 While Mr Happy Face struggled to show any emotion over the occasion, his owner Jeneda was all smiles as she presented the 17-year-old to the judges 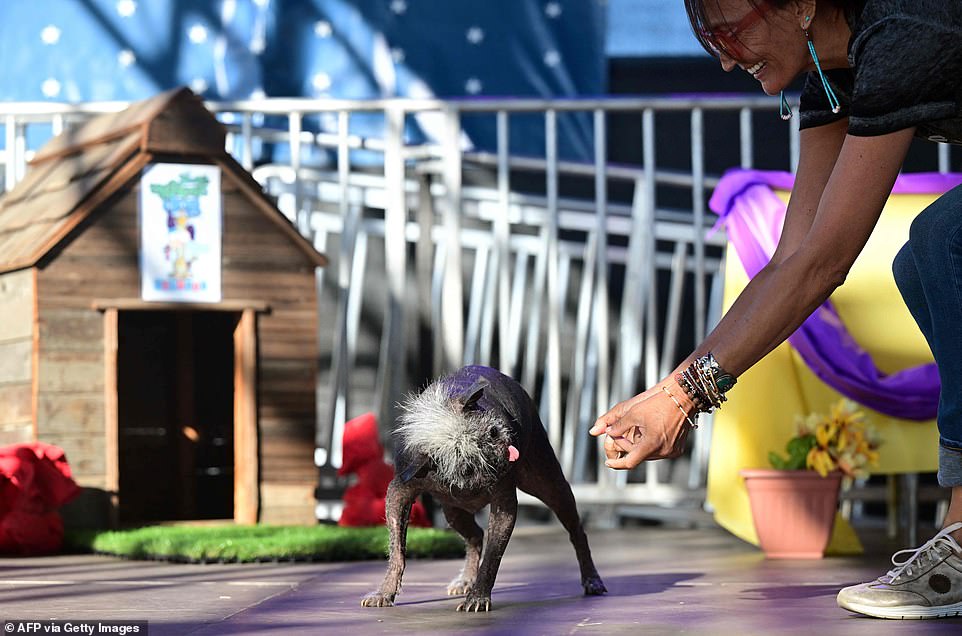 Jeneda proudly paraded her pup onstage to show him off to the judges, comedians Grace Helbig and Mamrie Hart 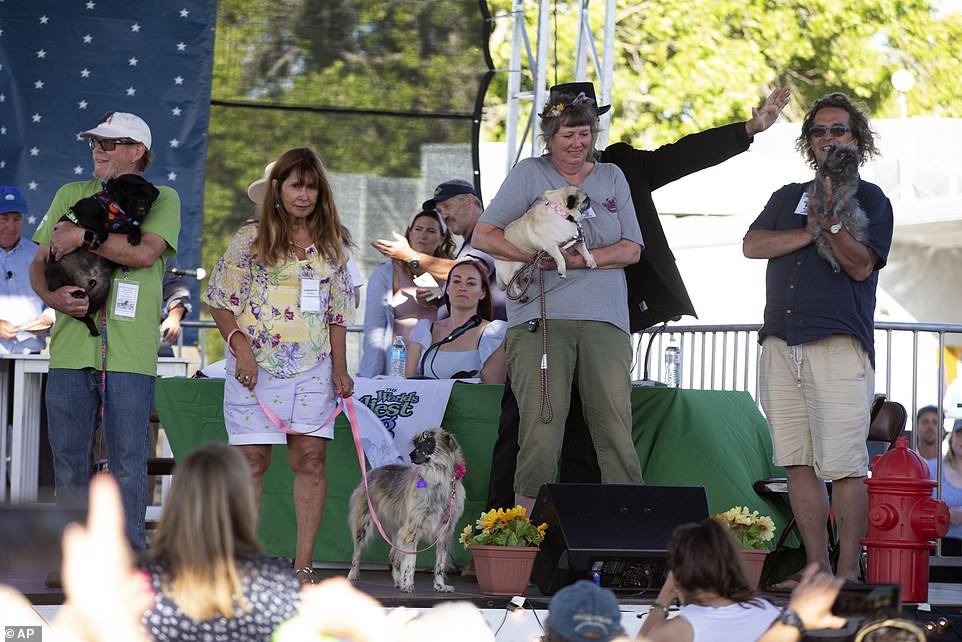 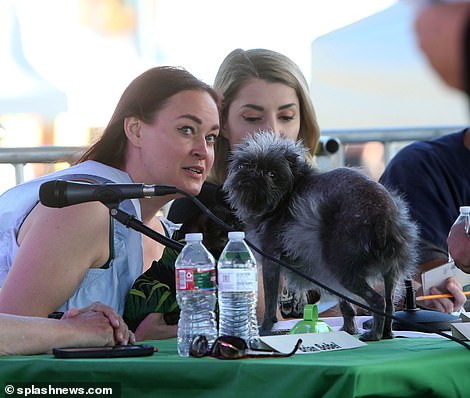 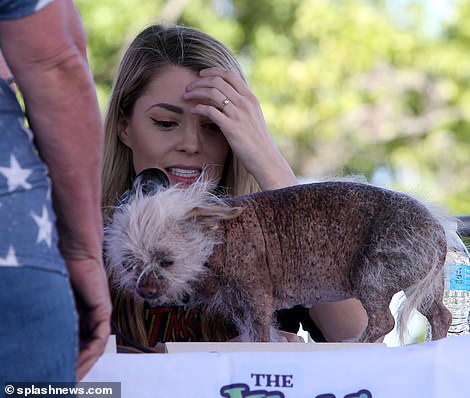 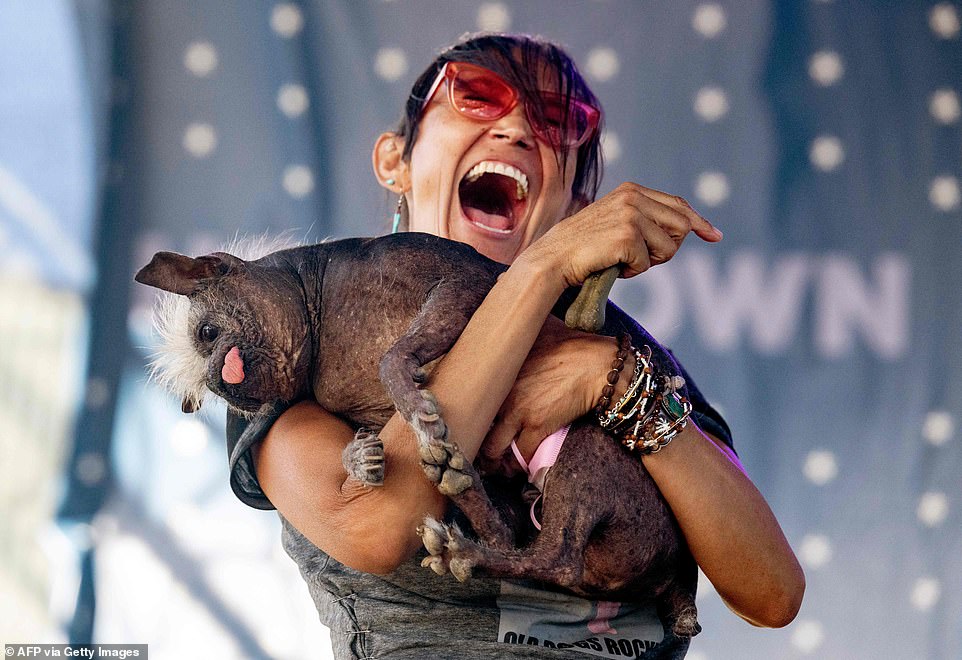 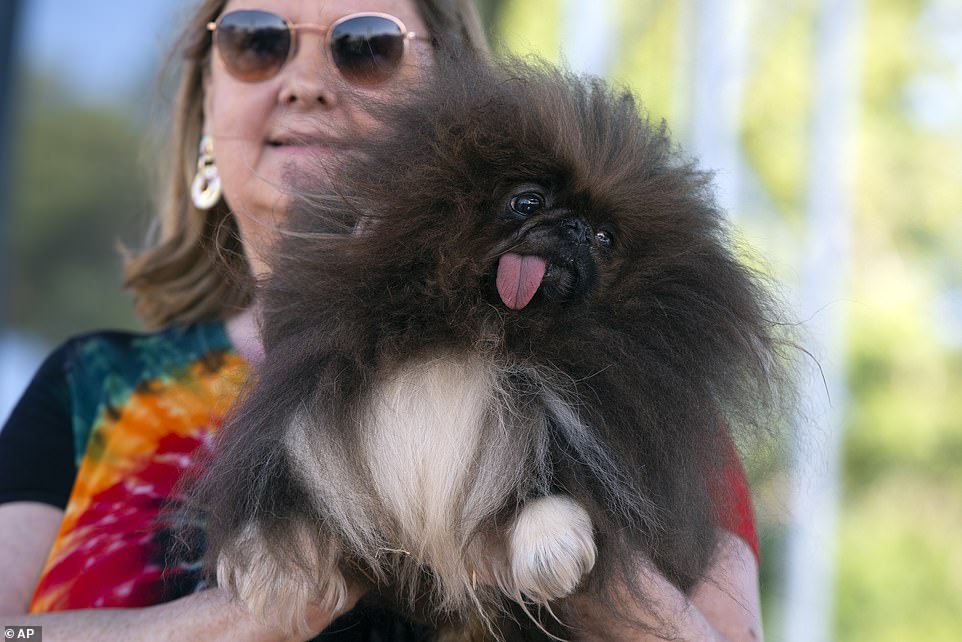 Although they were just pipped to the post, Ann Lewis from Oregon proudly displayed her dog Wild Thing for the camera after he was announced the second World’s Ugliest Dog 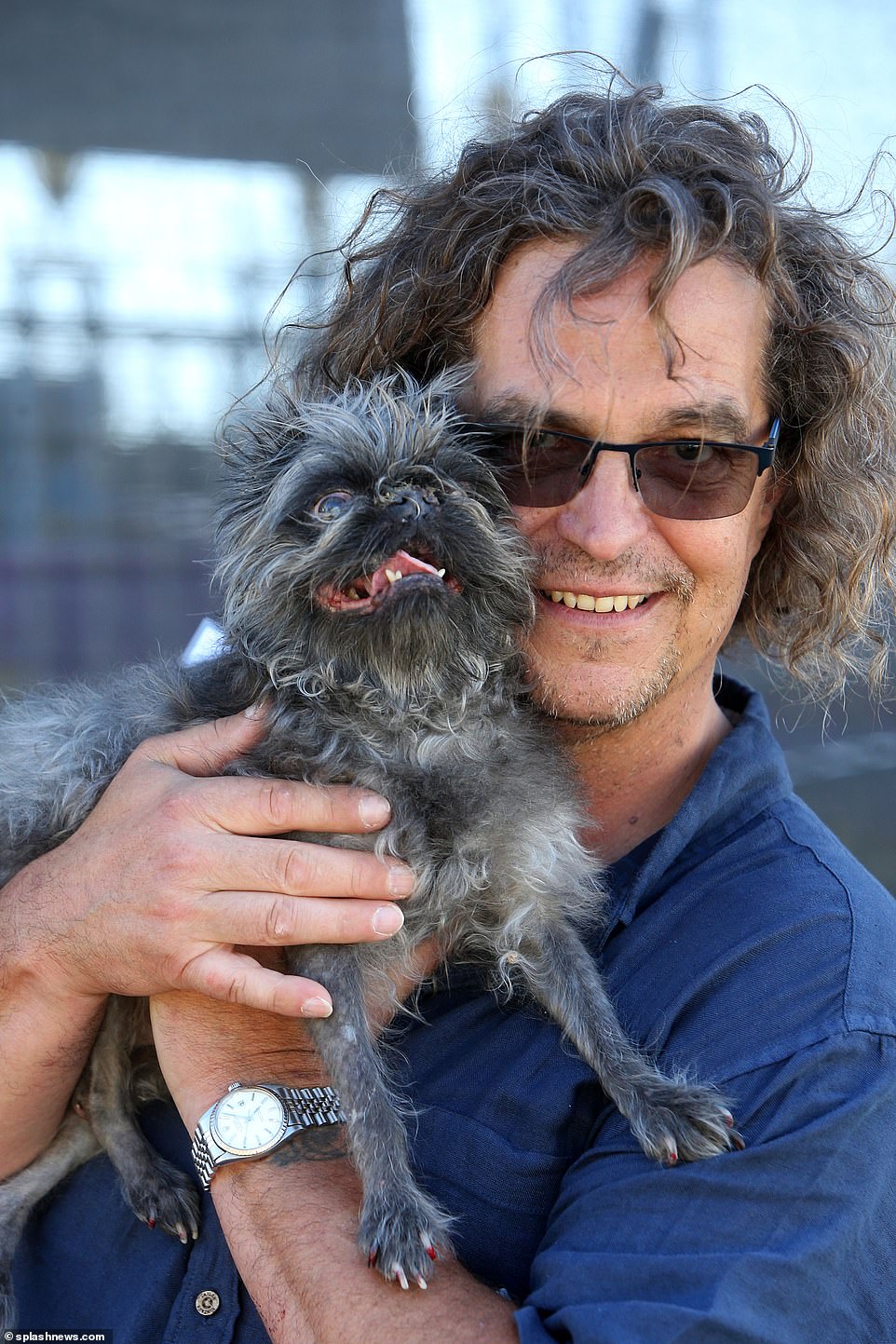 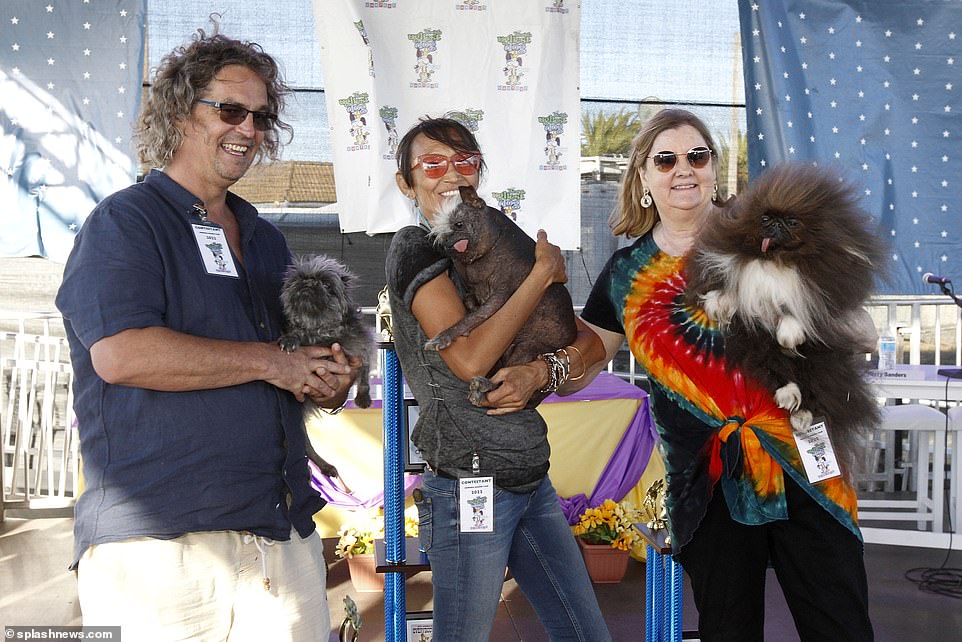 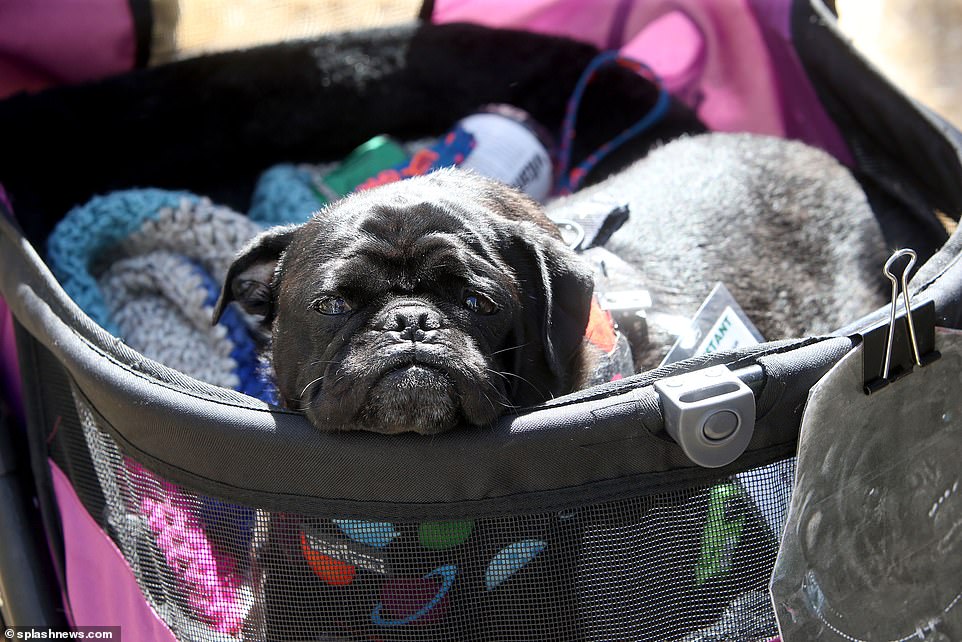 This adorable pooch, who looks too cute to enter the competition, waited patiently for the day’s events to be over 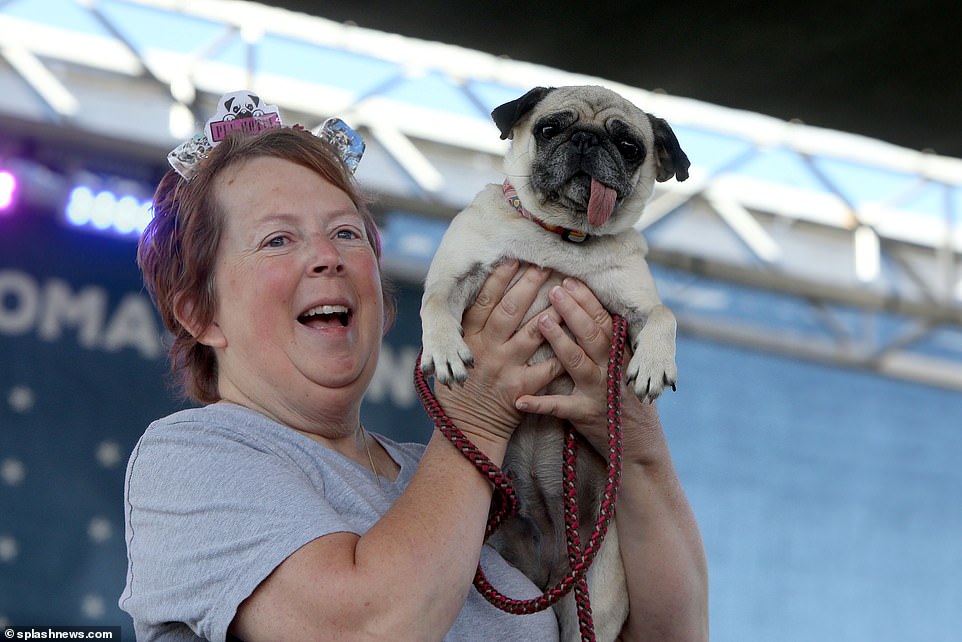 The sweet pug andwas held up in all his ugly but cute glory in front of the judges, who had a tough decision to make 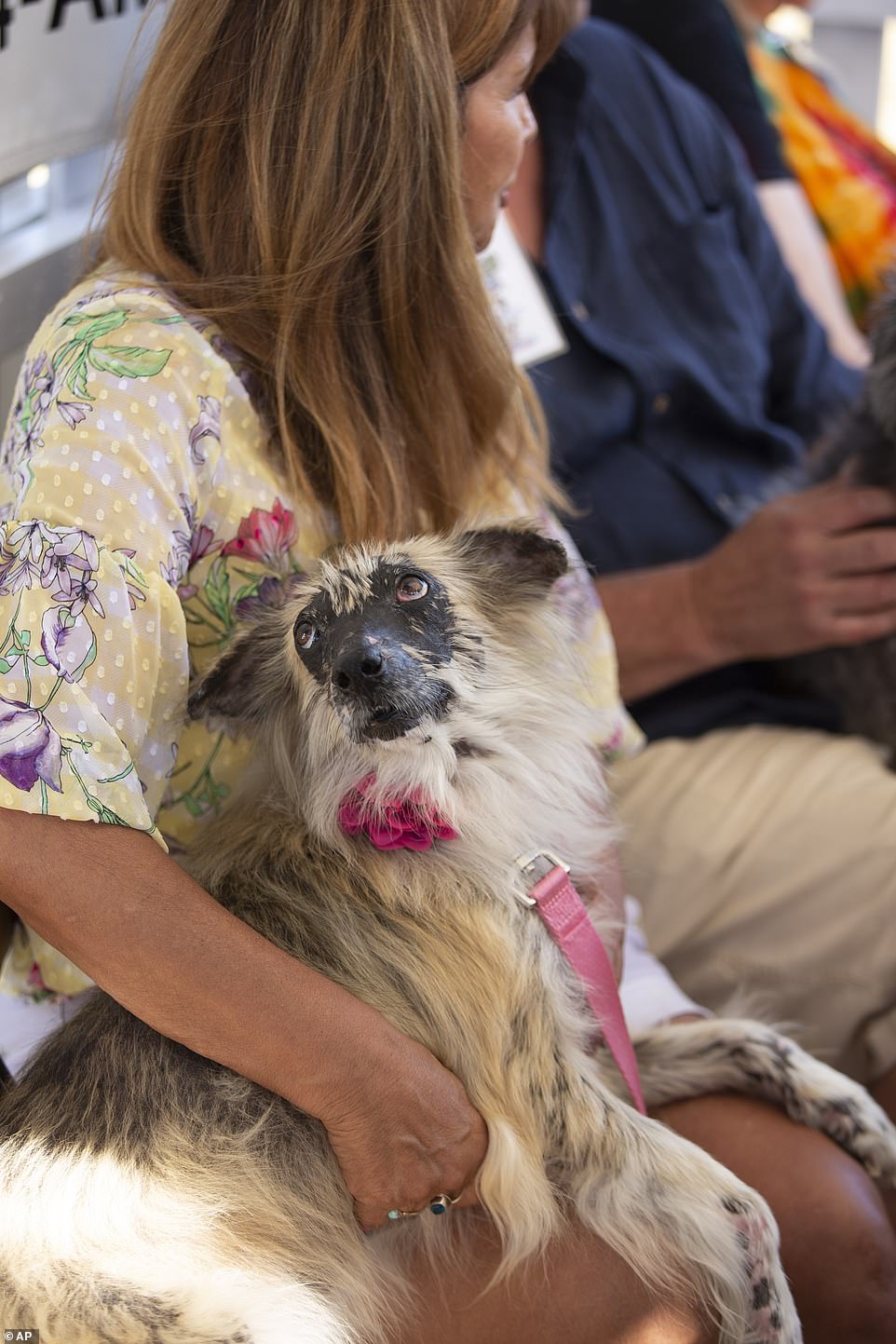 A hopeful dog owner sits with her pooch at the awards ceremony, which was held yesterday after a two-year break due to the pandemic 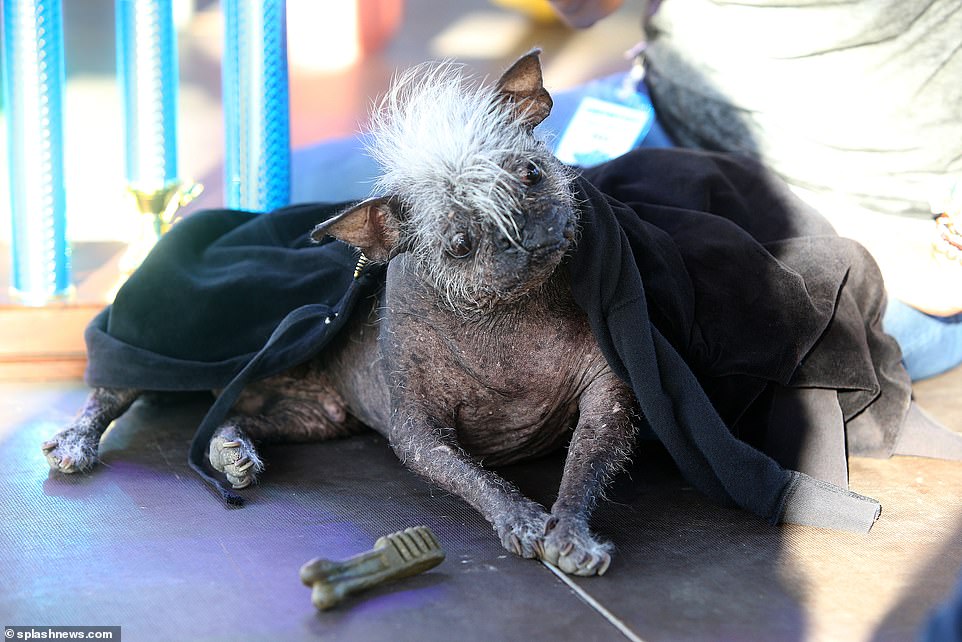 Mr Happy Face, who has a protruding tongue and patchy fur, was a worthy winner of the World’s Ugliest Dog Crown but had to be covered with a blanket as the weather cooled down – after all, he barely has a natural coat to keep himself warm 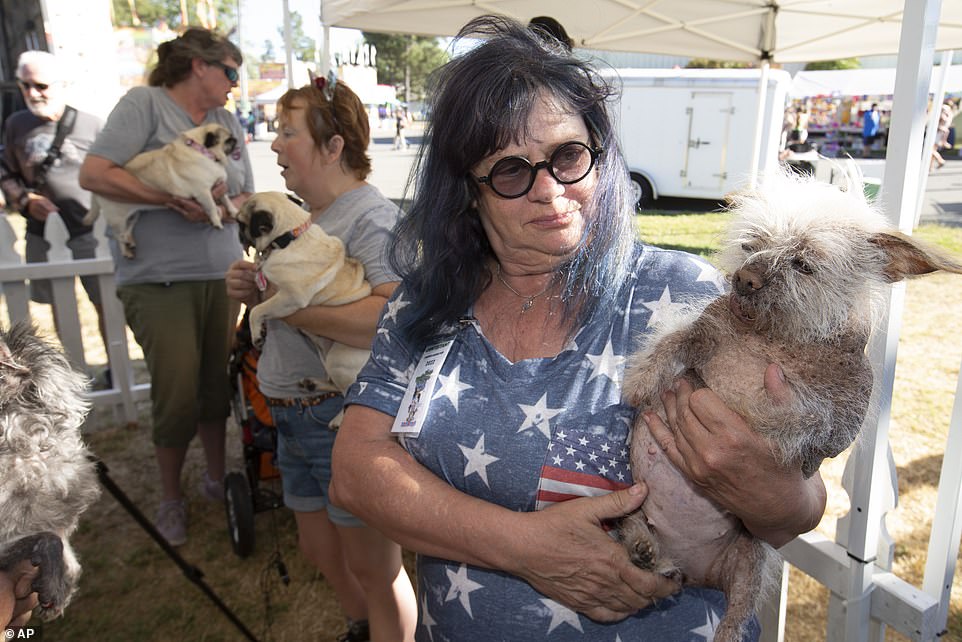