A bond that can’t be broken. Princess Beatrice and Princess Eugenie have spoken out following the death of their grandmother, Queen Elizabeth II.

Eugenie, 32, shared a letter from herself and Beatrice, 34, to their “dearest Grannie” via Instagram on Saturday, September 17:

We’ve not been able to put much into words since you left us all. There have been tears and laughter, silences and chatter, hugs and loneliness, and a collective loss for you, our beloved Queen and our beloved Grannie.

We, like many, thought you’d be here forever. And we all miss you terribly.

You were our matriarch, our guide, our loving hand on our backs leading us through this world. You taught us so much and we will cherish those lessons and memories forever.

For now dear Grannie, all we want to say is thank you. Thank you for making us laugh, for including us, for picking heather and raspberries, for marching soldiers, for our teas, for comfort, for joy. You, being you, will never know the impact you have had on our family and so many people around the world.

The world mourns you and the tributes would really make you smile. They are all too true of the remarkable leader you are.

We’re so happy you’re back with Grandpa. Goodbye dear Grannie, it has been the honour of our lives to have been your granddaughters and we’re so very proud of you.

We know that dear Uncle Charles, the King, will continue to lead in your example as he too has dedicated his life to service.

God save the King.

The letter was shared alongside a throwback photo of the princesses as little girls with the monarch and hours before the queen’s grandchildren stand vigil by her coffin at Westminster Hall on Saturday. Beatrice and Eugenie will be there for 15 minutes with Prince William and Prince Harry as well as Princess Anne‘s children, Zara Tindall and Peter Philips, and Prince Edward‘s children, Lady Louise Windsor and Viscount Severn. The grandchildren are also expected to attend the Monday, September 19, state funeral.

Buckingham Palace announced that “the Queen died peacefully at Balmoral this afternoon,” on Thursday, September 8.  “The King [Charles] and The Queen Consort will remain at Balmoral this evening and will return to London tomorrow.” 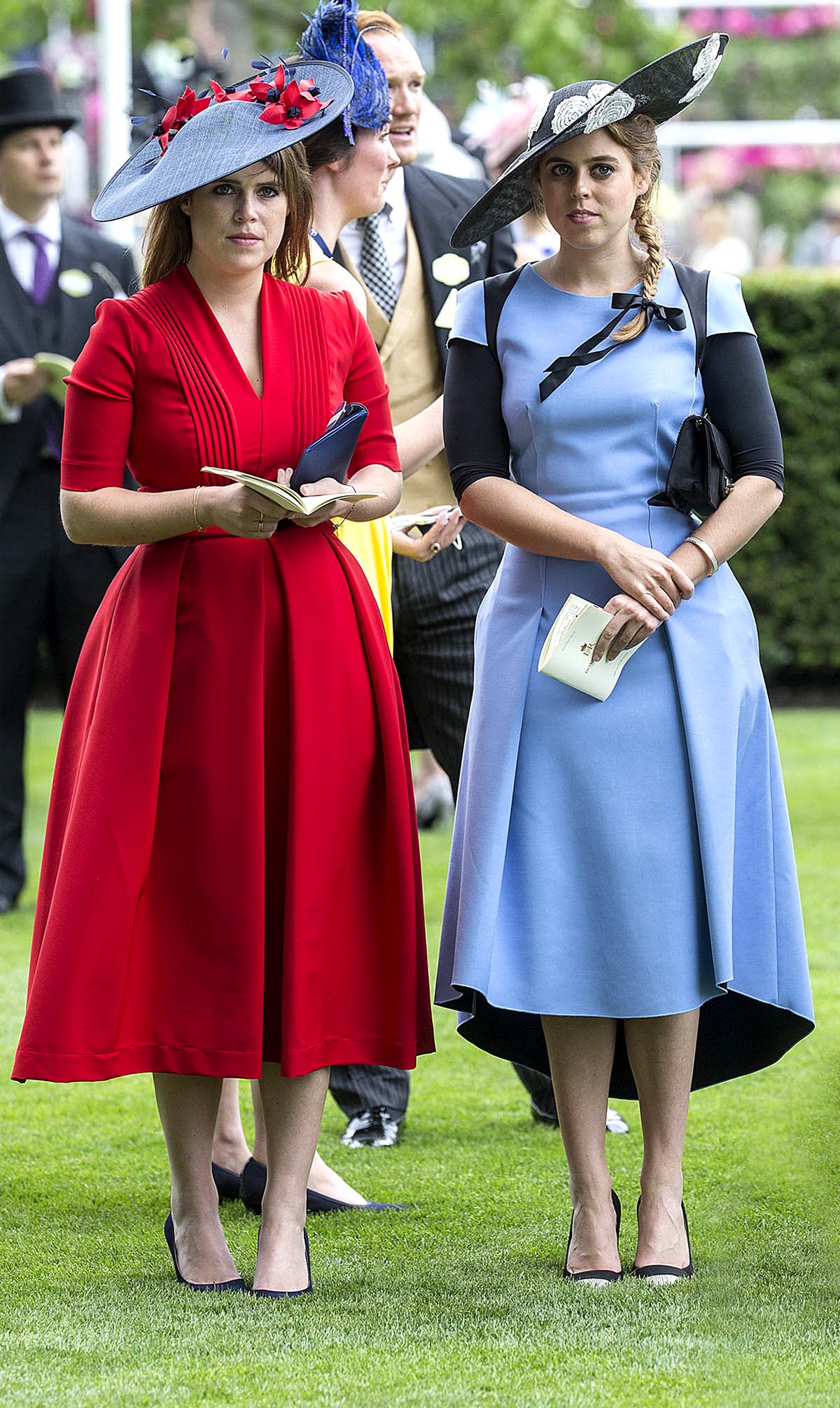 The queen’s passing comes after she celebrated her Platinum Jubilee in June. Her Majesty was honored for her 70 years on the British throne with a four-day party that kicked off on with Trooping the Colour. After Elizabeth attended the event, watching the parade from the balcony at Buckingham Palace, Us Weekly confirmed that the queen would not make an appearance at the Service of Thanksgiving the following day after experiencing “discomfort.” However she made a surprise appearance after the Jubilee Pageant concluded.

Shortly after her Platinum Jubilee, the queen experienced a series of health scares. In September, Elizabeth chose to stay in Scotland to formally appoint Britain’s new prime minister, Liz Truss, instead of returning to Windsor Castle. Later that month, Buckingham Palace announced that Her Majesty’s medical team was worried about her health.

“Following further evaluation this morning, The Queen’s doctors are concerned for Her Majesty’s health and have recommended she remain under medical supervision,” the September 8 statement read. “The Queen remains comfortable and at Balmoral.”

At the time, it was reported that Prince William, Prince Charles and Duchess Camilla were on their way to Balmoral, Scotland, to be by Elizabeth’s side. A spokesperson for Prince Harry and Meghan Markle confirmed that they were traveling there as well.

The Monarch’s granddaughters Beatrice and Eugenie — who are the daughters of Prince Andrew and his ex-wife, Sarah Ferguson — were extremely close with their grandmother. The girls grew up joining the royal matriarch on holidays to her beloved Scottish estate, Balmoral, and continued the tradition through adulthood. 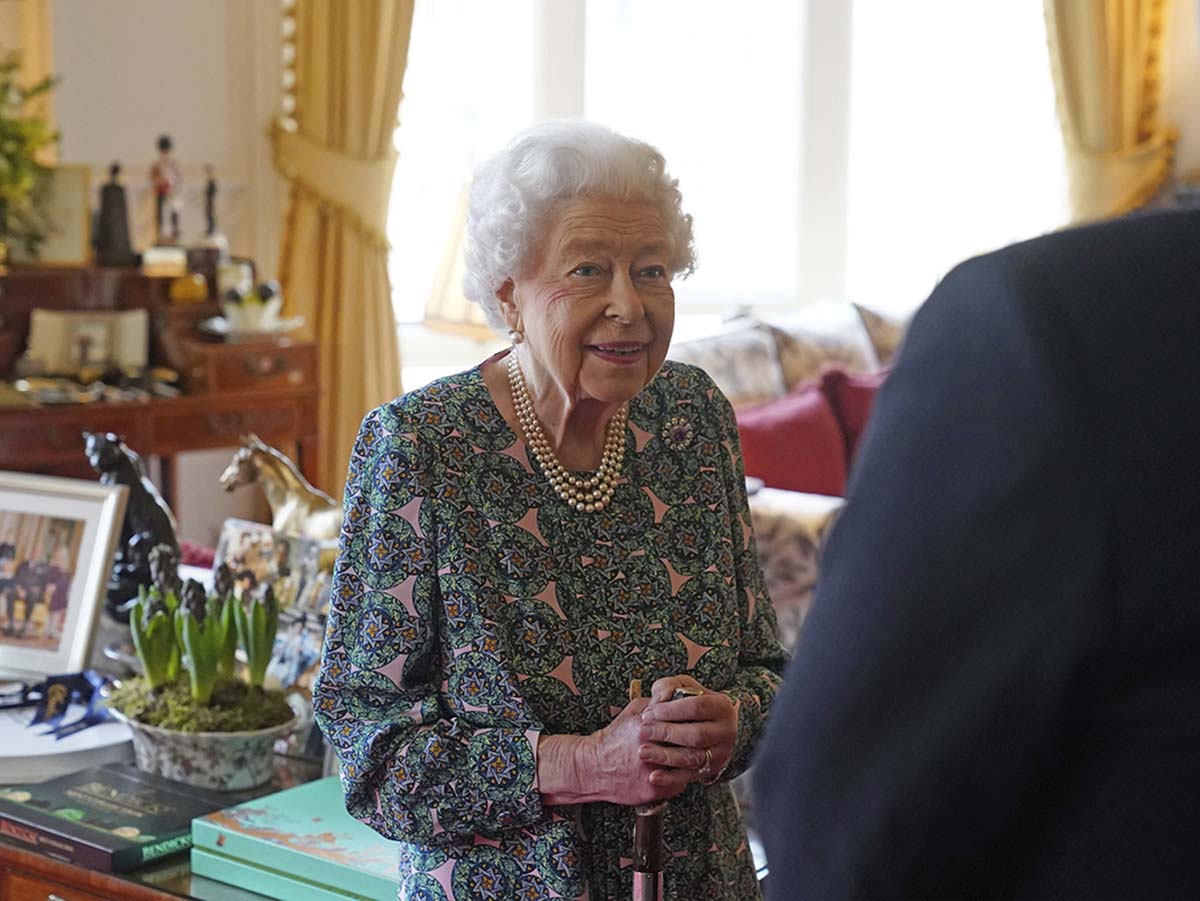 “I think Granny is the most happy there, I think she really, really loves the Highlands,” Eugenie, 32, said in ITV’s 2016 documentary, Our Queen at 90.

In the same film, the younger princess noted that she’s always thought of her grandmother as a style icon. “Lots of my friends say, ‘Oh she’s just the best style person there is, you know, she looks great in her clothes,” she said. “The style is something that is very unique to her.”

Queen Elizabeth II Through the Years

Eugenie went on to describe her late grandmother’s style as “elegant” and “classic” — a sentiment her sister certainly agrees with.

When Beatrice, 34, tied the knot with Edoardo Mapelli Mozzi in July 2020, she wore a vintage gown originally modeled by her grandmother, as well as the same tiara that the queen wore on her wedding day in 1947. The pair welcomed their first child together, a baby girl, in September 2021 and honored Elizabeth with the little one’s moniker.

“Sienna Elizabeth Mapelli Mozzi,” the Italian gushed via Instagram weeks after his daughter’s arrival. “Our life together has just begun, and I can’t wait to see all the amazing things that await us.”

In April 2021, the royal family mourned the loss of Prince Philip at age 99. At the time, Eugenie promised to take care of the queen. “Dearest Grandpa,”⁣ she wrote via Instagram that same month. “Thank you for your dedication and love for us all and especially Granny, who we will look after for you.”

A Breakdown of the Royal Line of Succession

With the passing of their grandmother, Beatrice and Eugenie have become 8th and 9th in line for the throne, respectively. Their uncle, Charles, 73, is the queen’s immediate heir.