Royal blue! Queen Letizia of Spain dons an elegant pencil skirt and navy blouse as she joins husband King Felipe for a conference in Madrid

Queen Letizia of Spain looked ready for business in head-to-toe blue as she joined husband King Felipe at an event in Madrid today.

The stylish royal, 46, was typically stylish for the occasion, pairing a baby blue pencil skirt with a cool navy button-down blouse.

The couple were on hand for a conference for the Spanish Royal Academy of Language. 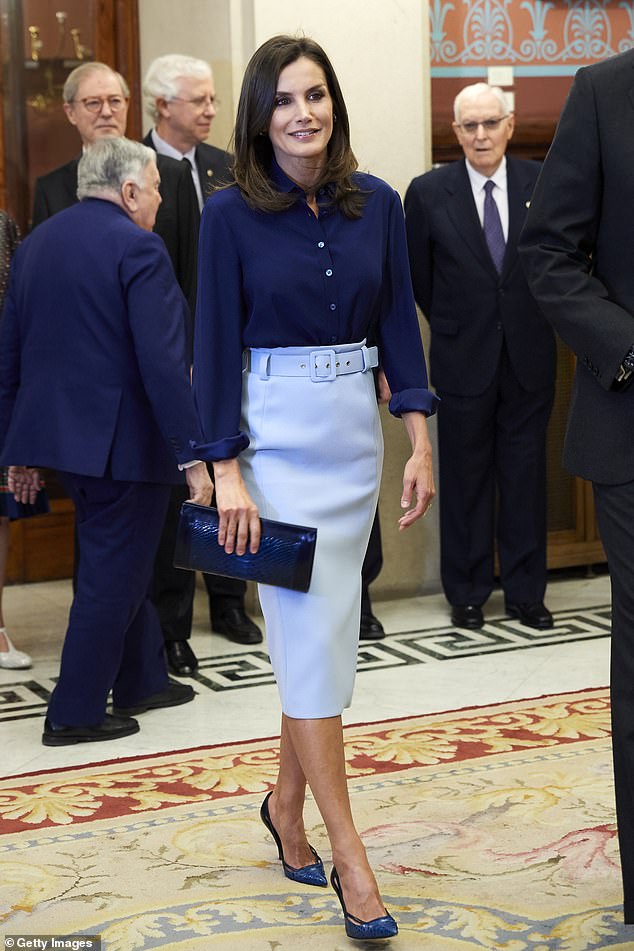 Queen Letizia, 46, stunned in an gorgeous all-blue ensemble for the royal event in Madrid today 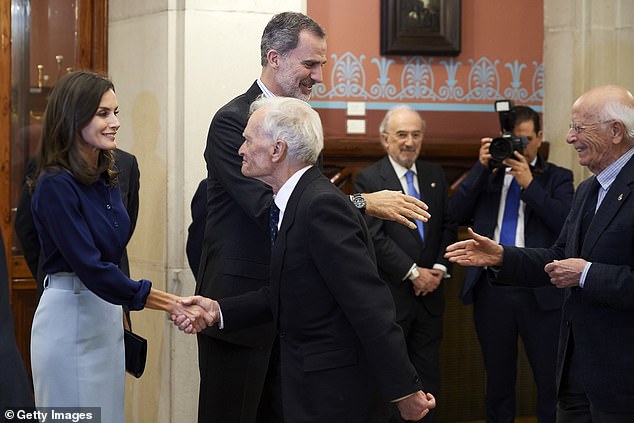 Letizia beamed as she greeted attendees alongside her husband, and was seen shaking hands and chatting to those at the event.

The mother of two looked elegant in the all blue outfit, which appeared to have been perfectly coordinated.

She rolled up the sleeves of her Carolina Herrera dark navy taffeta button-down shirt, which perfectly complimented her snakeskin stillettos and matching bag.

The royal wore her brunette hair in a sleek centre parting, opting for light blusher and lipstick for her outing. 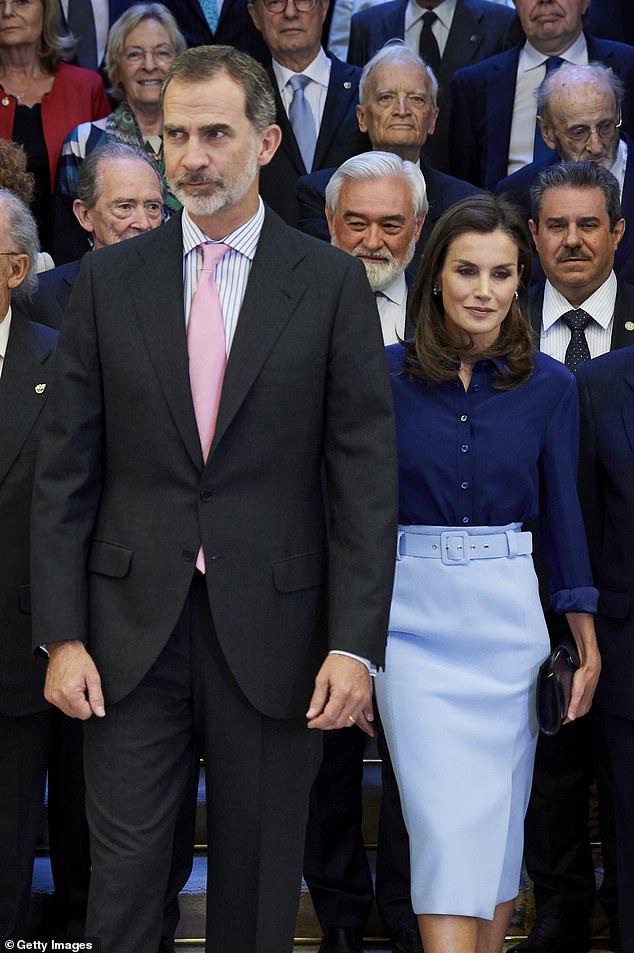 King Felipe joined Letizia at the event, donning a black suit, purple pinstriped  and pink tie for the royal visit 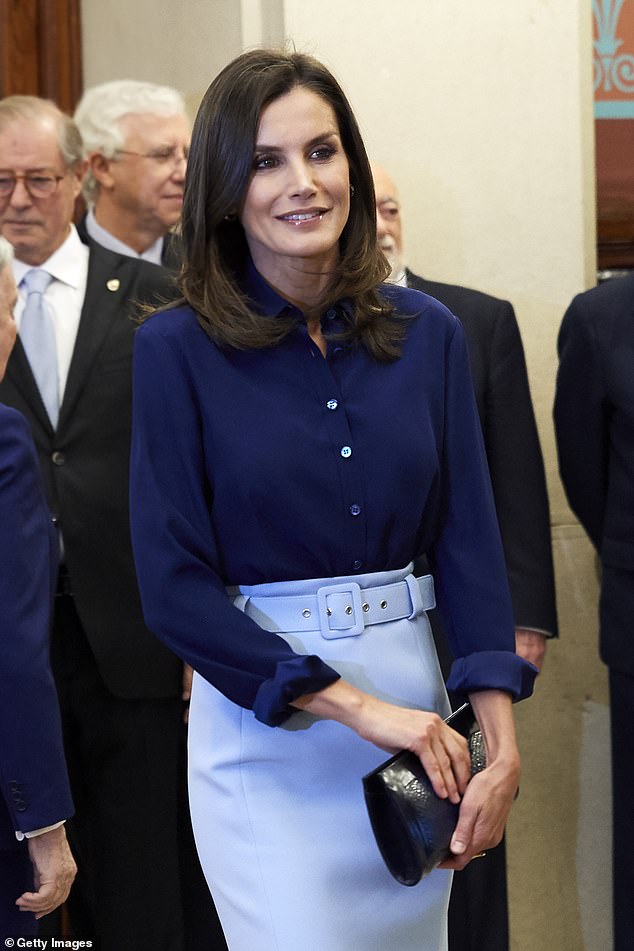 The elegant royal looked stunning in the all blue ensemble, even wearing glittering blue jewelry with the outfit

She appeared to be wearing delicate yet dazzling hoop earrings with diamond and blue stones.

Meanwhile husband King Felipe appeared to have missed the ‘all blue’ memo, donning a black suit with a pink tie.

The royal couple attended the event, which was at the Royal Spanish Academy, also known as the RAE.

Founded in 1713, it has contributed since then to the expansion and conservation of the unity of the Spanish language. 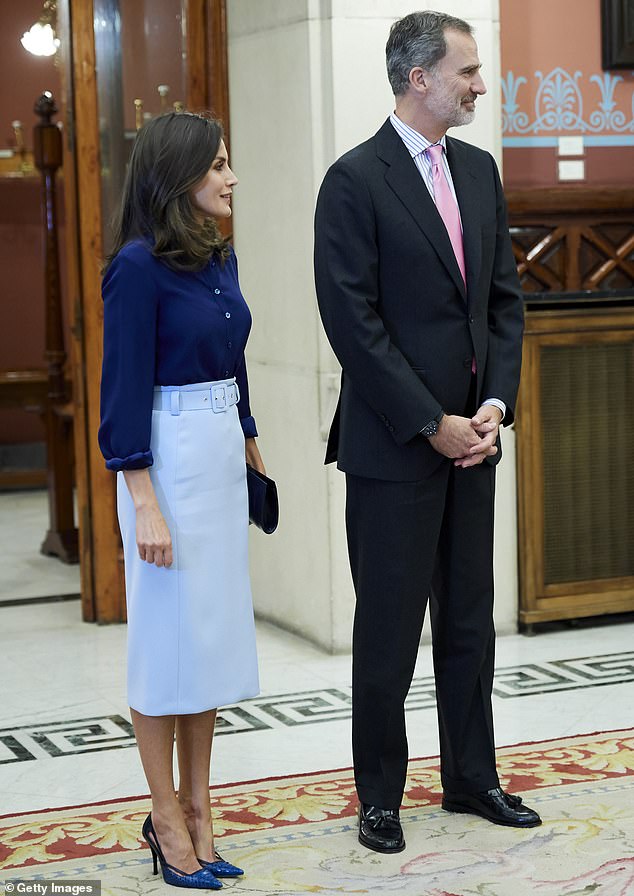 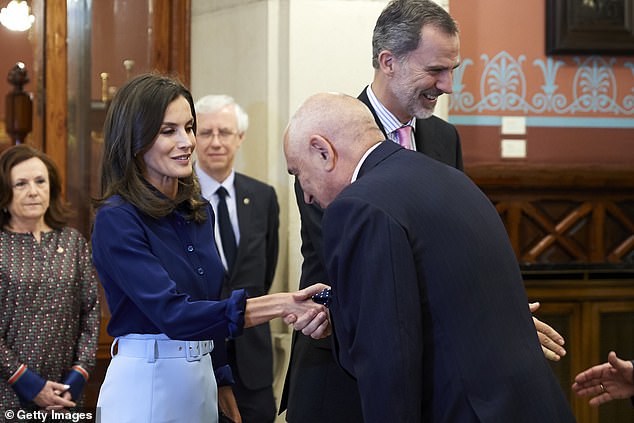 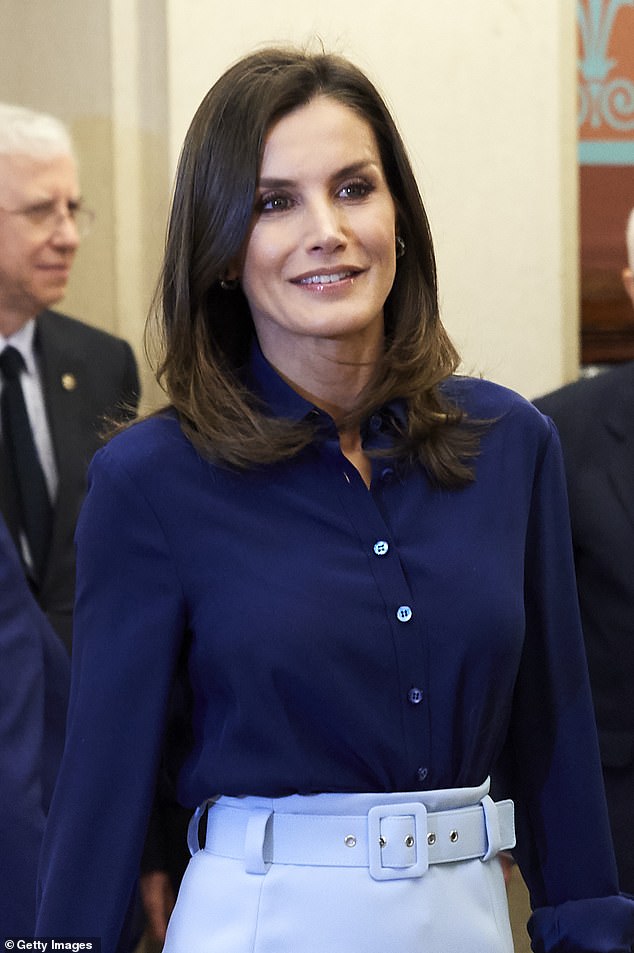 The organisation dedicates itself to language planning and promoting linguistic unity within and between various territories that might use the Spanish language.

The royals went on to chair a plenary session with the Royal Spanish Academy President Santiago Munoz.

Queen Letizia is mother to Princesses Leonor, 13, and Sofia, 11, with husband King Felipe, 50, who ascended to the Spanish throne in 2014. 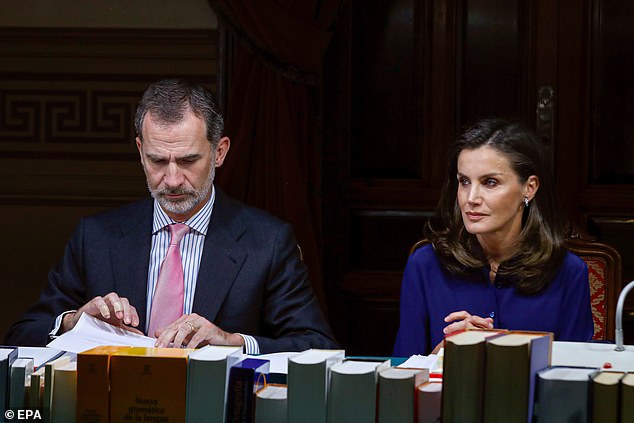 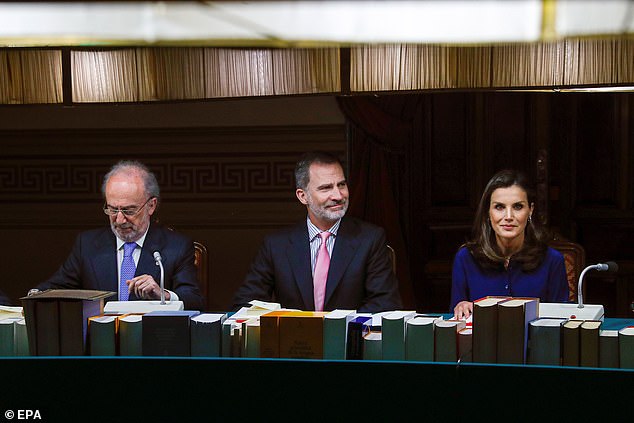 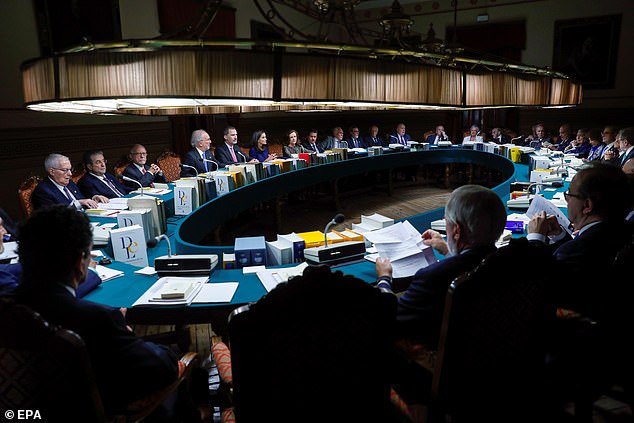