From January 2023, Queen Margrethe’s grandchildren Prince Nikolai, Prince Felix, Prince Henrik and Princess Athena will no longer hold royal titles. They are the children of Prince Joachim of Denmark, the younger son of Margrethe and the late Prince Henrik.

Prince Joachim told the national newspaper Ekstra Bladet on Thursday that his family were “all very sad” about the decision.

“It’s never fun to see your children being mistreated like that,” he explained.

“They find themselves in a situation they do not understand.”

The Prince added: “I was given five days’ notice.” 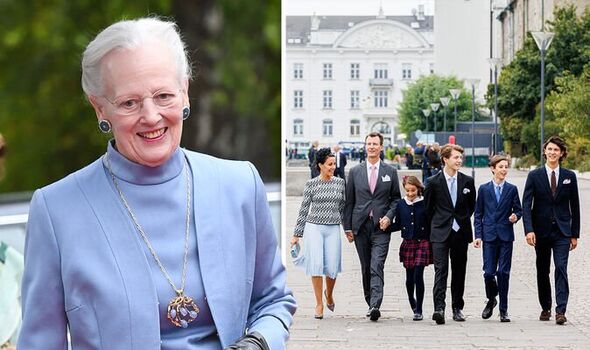 He also explained how he thought the title changes would not be implemented until his children were adults.

He said: “In May, I was presented with a plan, which basically stated that when the children each turned 25, it would happen. Athena turns 11 in January.”

When asked about how the changes have affected his relationship with his mother, Queen Margrethe, Joachim said: “I don’t think I need to elaborate here.”

Crown Prince Frederick and Crown Princess Mary of Denmark, the future King and Queen, have four children who have not been affected by title changes.

But as was agreed in 2016, only Prince Christian, as second in line to the throne, will receive an annuity from the state when he is older.

As for Prince Joachim’s children, they will be styled as Counts and Countess from next year.

A statement from the Danish Royal Palace reads: “Her Majesty has decided that, as of January 1, 2023, His Royal Highness Prince Joachim’s descendants can only use their titles as Counts and Countess of Monpezat, as the titles of Prince and Princess that they have held up until now will be discontinued. 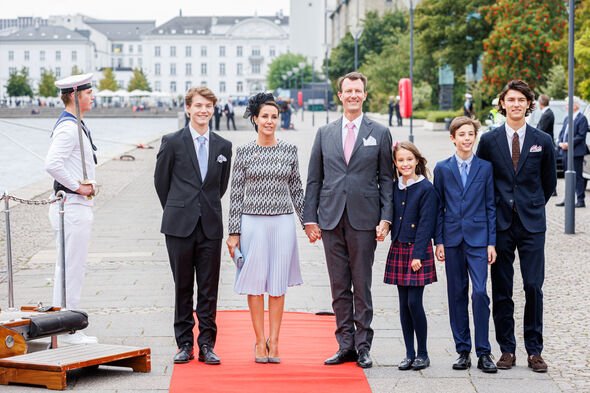 “Prince Joachim’s descendants will thus have to be addressed as excellencies in the future.

“The Queen’s decision is in line with similar adjustments that other royal houses have made in various ways in recent years.”

In 2019, it was announced that many of King Carl XVI Gustaf of Sweden’s grandchildren would no longer hold royal titles.

HRH styles were removed for the children of Prince Carl Philip and his wife Princess Sofia, and Princess Madeleine and her husband Christopher O’Neill. 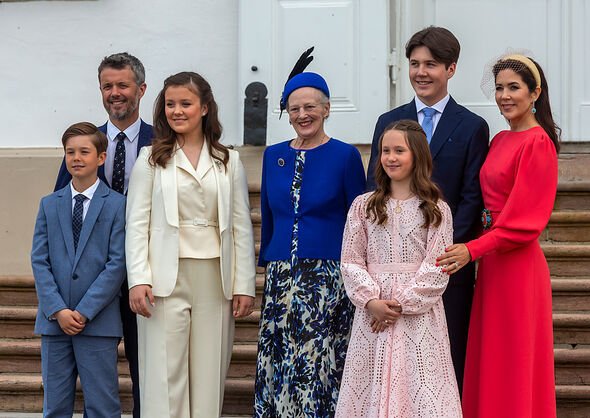 The children of Crown Princess Victoria of Sweden, the heir to the throne, were not affected.

In Britain, several of the late Queen’s grandchildren and great-grandchildren are also without royal titles. The Queen’s youngest grandchildren Louise and James are entitled to Princess and Prince titles, but they are instead titled as Lady Louise Windsor and James, Viscount Severn.

Prince Harry and Meghan, Duchess of Sussex’s two children are also without any royal titles, despite now being the grandchildren of the monarch, King Charles.