She was among the most high-profile stars of their 2019 season, but Rebel Wilson will no longer be gracing the stage for the Sydney Theatre Company.

The 39-year-old comedienne was slated to star as Maureen Folan in the November production of The Beauty Queen of Leenane, but on Monday the theatre company announced Wilson had withdrawn. 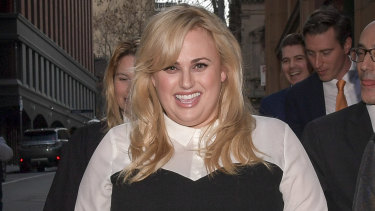 Wilson has withdrawn from Sydney Theatre Company’s The Beauty Queen of Leenane.Credit:Fairfax Media

When Sydney Theatre Company announced their 2019 season last year, artistic director Kip Williams revealed they had been in discussions with Wilson for “a couple of years” and that this production was her choice.

"We had a different play on the table and she came back to us and said, 'Thanks very much, very interested in that. But I would love to do Beauty Queen of Leenane'," Williams told The Sydney Morning Herald at the time.

While Wilson already appears in promotional materials for the production, which would have been her main-stage debut for the company, her image on the STC website has been replaced with a picture of an overflowing pot on a stove.

Wilson has recently been in Australia to shoot the new ABC comedy Les Norton, however she is now on the publicity trail to spruik her new film The Hustle, a remake of Dirty Rotten Scoundrels with the two leads rewritten as women. She plays one of the leads opposite Anne Hathaway.