Not her most Shah-mazing moment.

Sunday night’s episode of “The Real Housewives of Salt Lake City” saw Jen Shah tell her castmates that her husband, Sharrieff Shah Sr., was suffering from “internal bleeding” — an excuse she used to get out of a group trip to Vail, Colo., as federal agents were on their way to arrest her.

After asking co-star Whitney Rose, 35, to turn her mic off, Jen, 47, stepped outside their sprinter bus to take a phone call in the parking lot of Heather Gay’s aesthetics clinic, Beauty Lab and Laser.

When Gay greeted Shah, the latter “Housewife” launched into her spiel.

“I have some bad news. I just got a phone call and Sharrieff Sr.’s in the hospital. He has internal bleeding, so I need to go. They’re like, ‘Are you still in Salt Lake?’ And I’m like, ‘Yeah, we’re still here,’” Jen said.

Gay, 47, asked for clarification, but Jen said she was still gathering facts herself.

“He had an appointment and he has internal bleeding and they’re not sure if they’re going to need to do surgery,” she continued. “And I don’t know what’s really going on.” 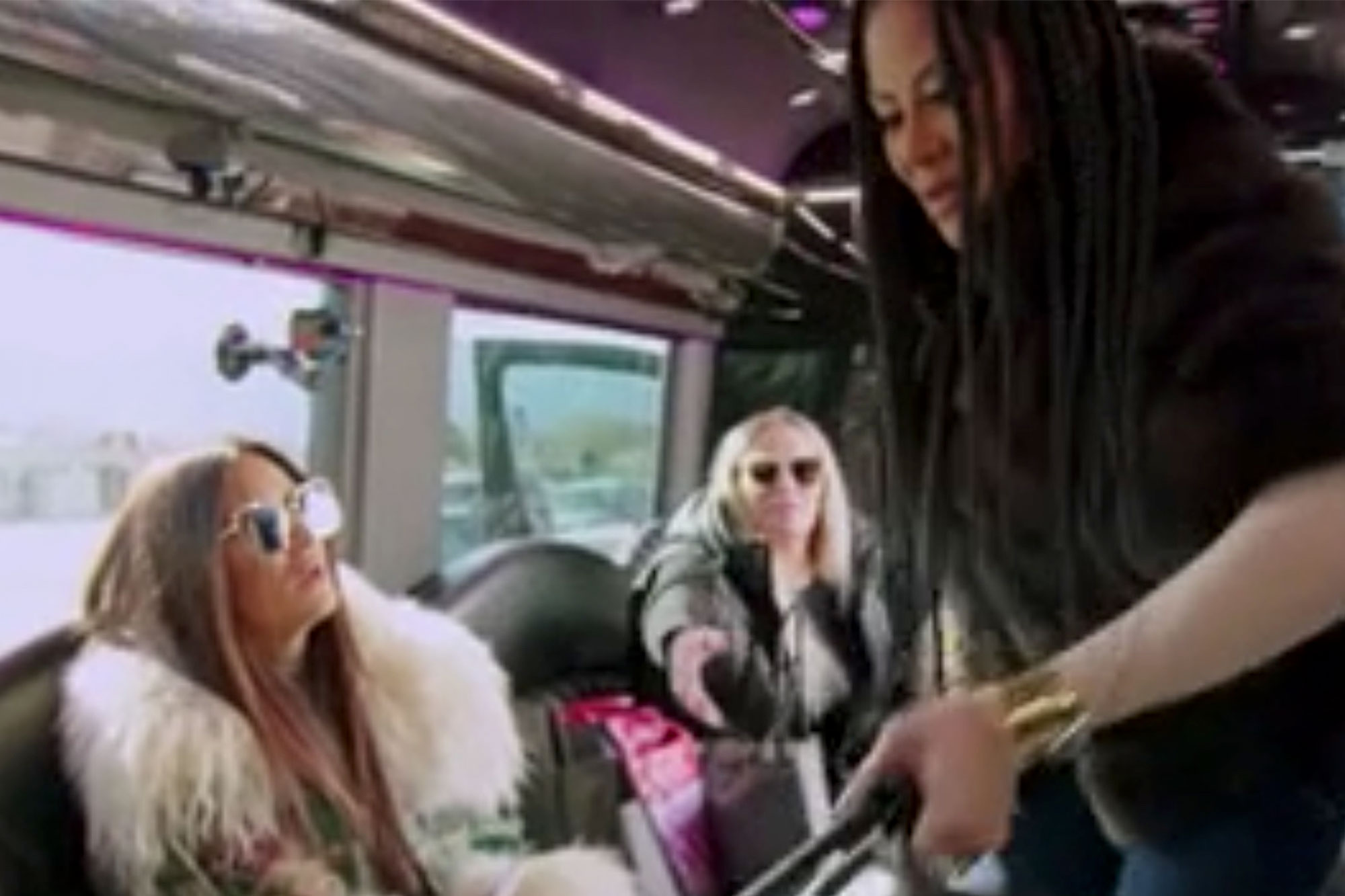 Jen then reentered the bus to relay her story to Rose, Lisa Barlow and Jennie Nguyen. (Meredith Marks and Mary Cosby arranged separate means of transportation.)

Gay, Rose and Barlow asked Jen to keep them posted about the status of Sharrieff’s health — and also let her know that she was welcome to meet them back in Colorado if all was well.

Twelve minutes after Jen departed the scene in her aunt’s pickup truck, law enforcement — including members of Homeland Security and the New York Police Department — arrived, sending the remaining women into hysteria.

“We have to just talk to her to make sure she’s OK,” one officer was heard saying.

Inside the bus, a distressed Rose cried out, “Is this a prank? Is Jen playing a prank on us, though?”

As Bravo fans are well aware, Jen was not playing any kind of prank.

She and her assistant Stuart Smith were eventually arrested for allegedly ripping off hundreds of victims in a widespread telemarketing scam targeting elders. The two pleaded not guilty to the charges in April.

Jen, who is being tried in New York federal court, is scheduled to take the stand in March 2022. In the meantime, her legal woes will continue to unfold on Season 2 of “RHOSLC.”