Music legend Ringo Starr was awarded an honorary doctorate by the Berklee College of Music in Boston on Thursday.

The iconic drummer — and one-fourth of The Beatles — made his way onto the podium on June 2 to collect his diploma and impart some wisdom to his fellow graduates.

Making a quick pit stop in Boston while on tour with his All Starr Band, the musician was able to take part in the ceremony.

“It’s far out,” he said after showing off his shiny new diploma to the room. “The idea that I’m a doctor blows me away.”

Starr — whose real name is Richard Starkey — opened up about his drumming technique, quipping, “You know, I just hit them. That’s all I do. I just hit the buggers. And it seems to be, I hit them in the right place.”

He then got behind a drum kit on stage, showing off a beat he used to teach to children.

“And if they couldn’t do that, I’d politely tell them ‘maybe piano for you,’” he laughed. 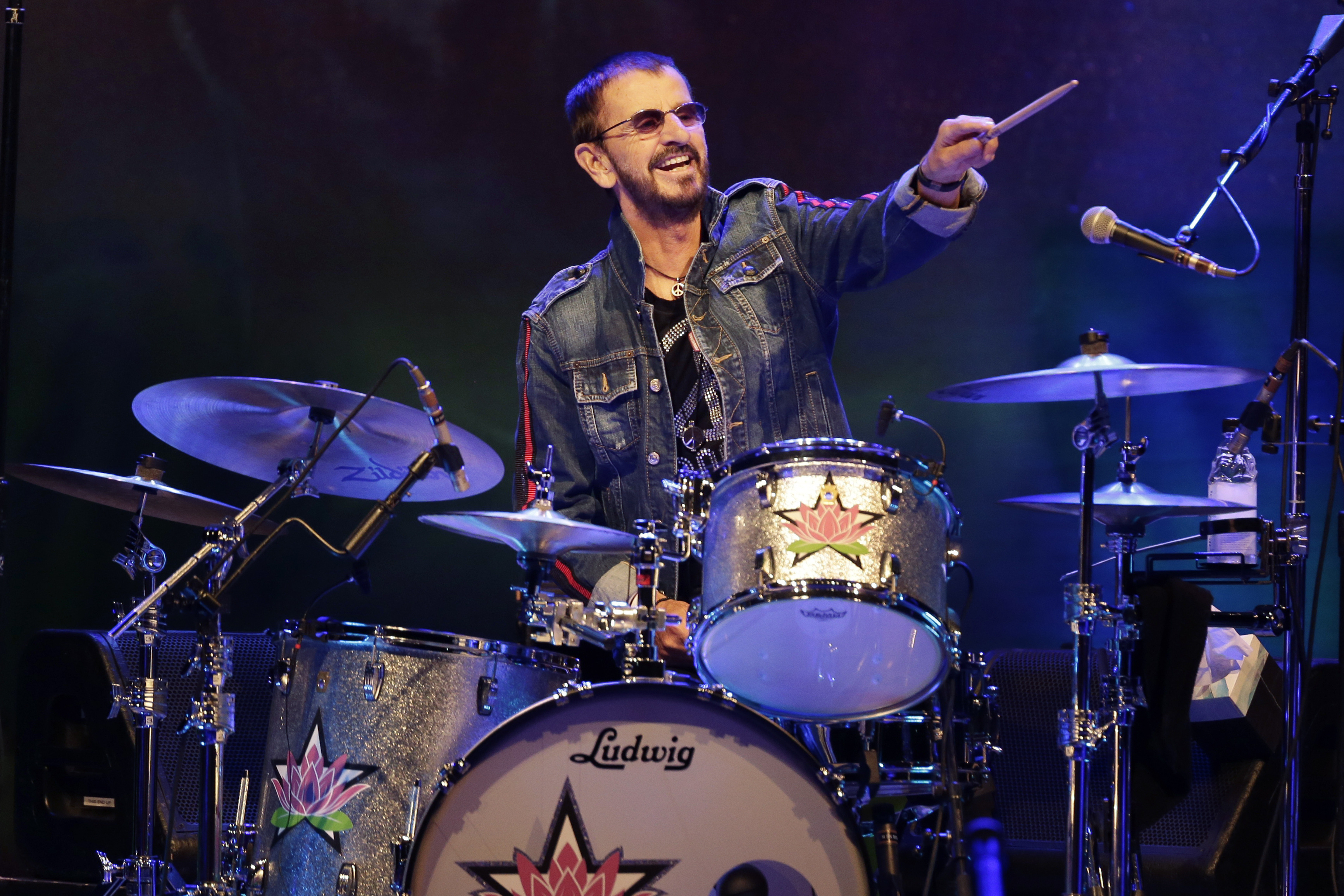 Starr said receiving the diploma was like “some strange fairy tale.”

“I started out playing in the factory I worked at and it just so happened my next door neighbor played guitar and my best friend at the factory played bass,” he explained.

“We’d play for the men in the basement, those were my first gigs.”

“The idea that I’m a doctor blows me away.”

Opening up about how he got into drumming as a kid, Starr revealed his love of the drums when recovering from tuberculosis in the hospital aged 13.

Starr recalled a worker bringing in musical instruments into the hospital for the kids once a month, but revealed he refused to play anything other than the drum kit.

“I hit that drum and it was like madness. I just wanted to be a drummer from that moment on,” he said. “It was my big dream and it’s still unfolding. I get to play with great guys, like the band here. It’s just a great life I lead.”

Starr was unable to attend the graduation ceremony back in May, instead sending in a recorded video in which he addressed graduates.

The multi Grammy award-winning drummer said in last month’s video, “I’m a doctor at last! I never went to college, but I certainly have had a lot of experience making music, so I supposed I earned this in my own way.”