It’s over. Robin Wright has reportedly split from her husband of four years, Clément Giraudet.

Celebrity Splits of 2022: Stars Who Broke Up This Year

The House of Cards alum, 56, filed for divorce on Thursday, September 22, according to documents obtained by TMZ. 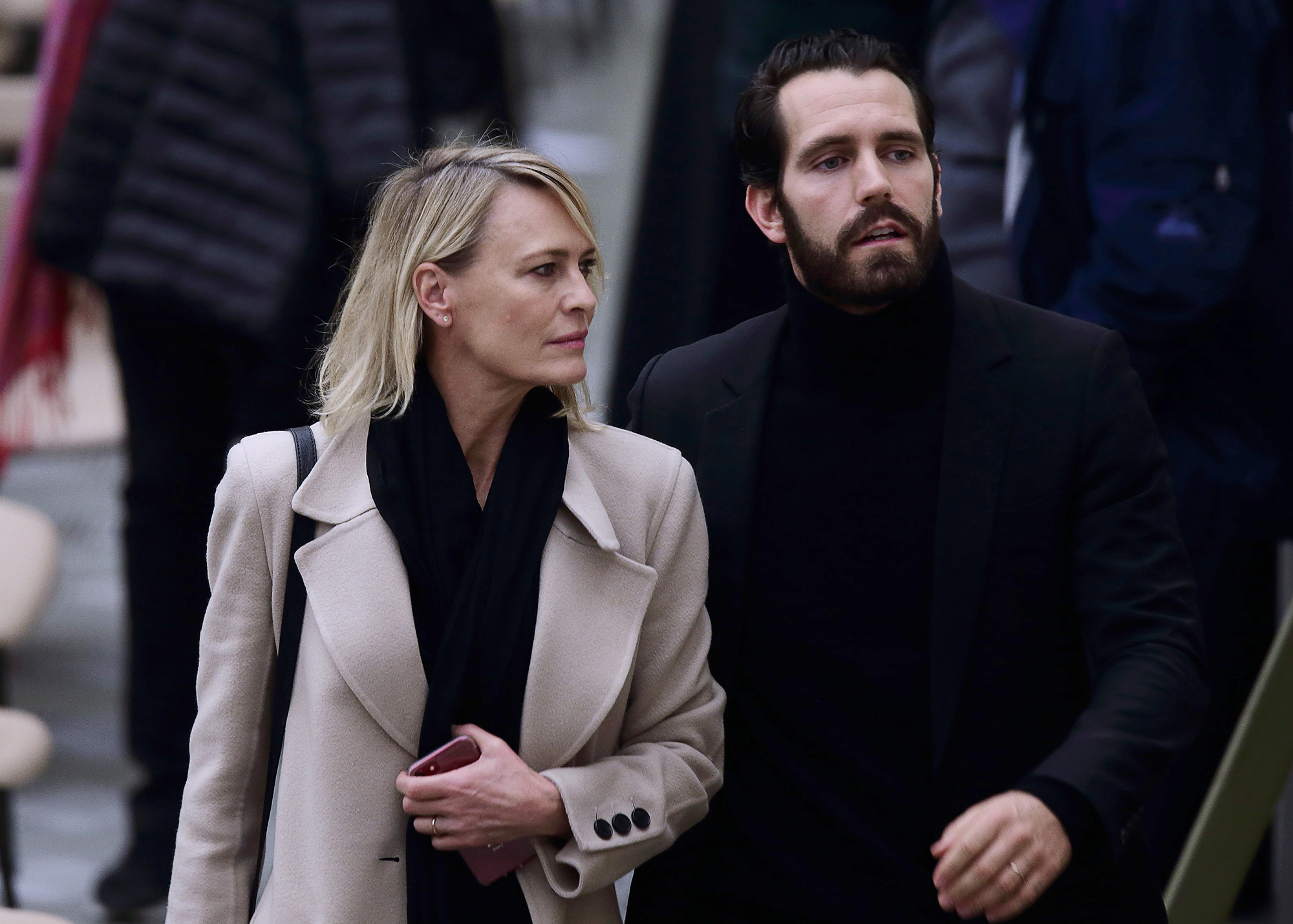 Per the outlet, Wright cited irreconcilable differences as the primary reason for their split, listing their date of separation as July 31.

‘Forrest Gump’ Cast: Where Are They Now?

The Forrest Gump actress and the Yves Saint Laurent executive, 37, secretly wed in a private ceremony in August 2018 after they were first linked one year earlier.

“Weddin vibes,” Wright’s daughter, Dylan Penn, wrote via Instagram at the time, sharing footage from the couple’s ceremony and reception.

The Princess Bride actress and Giraudet first sparked marriage speculation one month prior to their nuptials after they were spotted wearing matching rings on their vacation in Capri, Italy.

While Wright and Giraudet had kept their romance relatively private, the actress gushed about how they were handling lockdown for the coronavirus pandemic.

“It’s great, we’re still compatible! Thank God,” she said during a February 2021 appearance on Jimmy Kimmel Live!, which was taped remotely. “He loves living here [in Los Angeles]. It’s a dream come true, are you kidding? [The French] have such incredible taste … and he just cannot get over how bad drivers are in L.A. It just blows his mind!”

Hollywood’s Ugliest Divorces: From Johnny and Amber to Erika and Tom

While Wright and Penn — who finalized his divorce from Leila George earlier this year — split nearly 10 years ago, she has refrained from speaking out negatively about the father of her children.

“I’m not in the business of talking about what ‘isn’t,’” she told Vanity Fair in April 2015. “My eyes are set forward and I’ve never been happier. I have too much respect for Sean and our two extraordinary children to sell our past joys and woes for public consumption and fodder.”

She added at the time: “I believe we were together not only to have our beautiful children but to learn how to love,” she mused. “For the next time around, the right way. And then, what I’m looking for in people now is kindness.”

The former couple have remained cordial coparents, teaching plenty of lessons to Dylan and Hopper through the years.

“It’s funny to be asked what my mom has taught me about style and beauty because I’ve always said she taught me ‘less is more’ which I tend to stick by most of the time,” Dylan previously told Us Weekly in July 2019. “But not at all with my jewelry! It’s never too much!”