With just over 100 days until the Victorian election, Daniel Andrews and Matthew Guy’s media appearances on Sunday gave Victorians their clearest indication of how the poll will be fought.

Both sharpened their language on key themes: health, cost of living, personality and integrity. 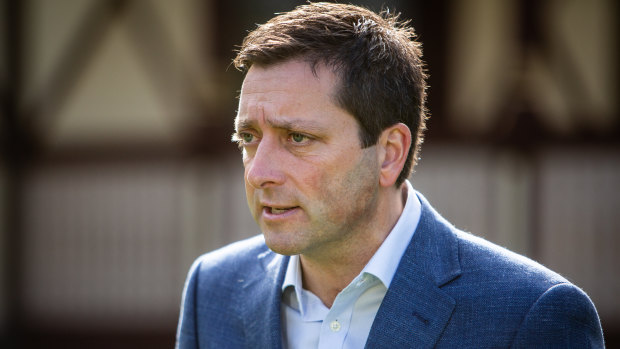 At Parkville’s Peter MacCallum Cancer Centre, Andrews championed new overseas nurses and his $3000 bonus for health staff. Across town at The Alfred, Guy made the first of what will be a stream of major policy announcements, pledging free public transport for the same stressed workforce.

Guy, accompanied by wife Renae and a new billboard, intends to use a suite of policy announcements over the coming weeks to rebound from a fortnight spent dodging questions on a donor scandal.

“The next 100 days are going to be focussed … around rebuilding our healthcare system,” he said. “We’ve got 100 days of it, and we’re not stopping. It’s a sprint.” 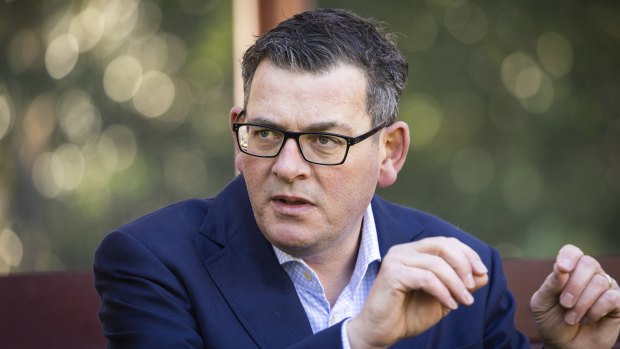 While the key policy themes are health and making ends meet, the Coalition thinks it can capitalise on a more abstract idea. Its research indicates a large group of Victorians are seeking a fresh vision and positivity after two terms of Labor.

“The government has had eight years … They’re not working, they’re tired, they’re old. It’s all more of the same. We need a new Victoria. New approaches, new ideas, new ways of thinking,” he said.

Guy, 48, has been one of the most prominent Coalition figures in Victorian politics for a decade. But, all of a sudden, media releases now use “Matt” instead of the more familiar “Matthew”.

The name tweak was decided after the appointment of Guy’s close friend, Nick McGowan, as chief of staff. It is not clear whether his name will be changed on social media platforms. 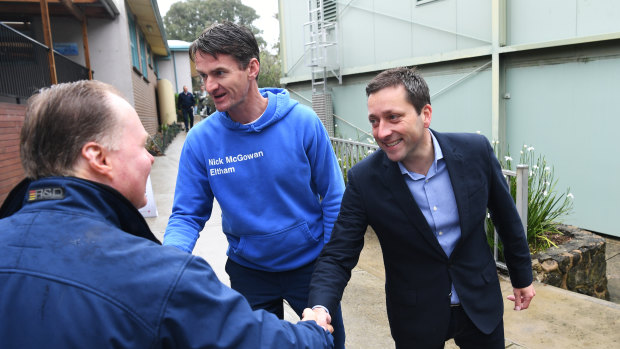 Guy brushed off questions about “Matt”, saying former prime minister Malcolm Turnbull called him Matt. “I don’t mind – you can call me whatever you like,” he said.

Eight years and two days ago, three months out from the 2014 election, then-opposition leader Daniel Andrews rebadged himself as “Dan”.

Most of the premier’s associates call him Daniel and most of Guy’s call him Matthew (although some close family and friends use Matt).

As the premier noted on Sunday about his own rebadging, “I’ve been called Dan for a very long time”. Andrews made the switch when he was barely known by the public.

But he is hoping a batch of policies, weariness with Andrews, a buckling health system and gloominess caused by dropping real wages combine to give him a fighting chance.