Self-made millionaire, 21, offers couple bringing up their baby on £57 a week the chance to build their own business on Rich House, Poor House – admitting he’s ‘nothing special’ and should have failed in life

A 21-year-old self-made millionaire who comes from a humble background offers a life-changing opportunity to a struggling couple on this week’s Rich House, Poor House, admitting that his life could have taken a similar turn.

Kamil ‘Kam’ Sattar, 21, is an e-entrepreneur dubbed the ‘e-com king’ who lives in Birmingham with his equally driven girlfriend, Francesca, who has her own lingerie line.

Despite being worth £3 million, Kam said that ‘on paper’ he was meant to fail and is ‘nothing special’, despite building up his fortune after ‘giving up on education’ at 17.

The pair swapped lives and budgets with bus driver Mel Clay and former carer Sophie Cooper, from Crosswell Village in Derbyshire, and their seven-month-old son, Teddy.

With Sophie unable to work after a complicated pregnancy, the couple werew getting by on £57 a week after rent and bills, while struggling with £11,000 of debt.

Sophie had set up her own personalised prints business on Facebook, but was finding it difficult to get things off the ground due to a dodgy printer and not having a website to sell her products.

Touched by Mel and Sophie’s situation, Kam – who admits he came from nothing and worked hard to build a better life for himself – offered to create a website for Sophie and to coach her in her business venture. 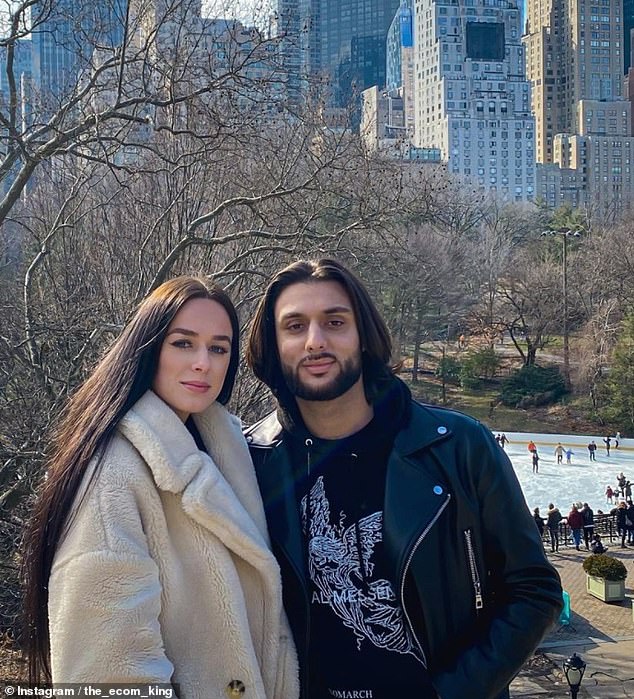 Kam Sattar, 21, from Birmingham, and his girlfriend Francesca, both pictured in New York, are worth £3million thanks to his e-commerce ventures. They appear in Sunday’s Rich House, Poor House

Same sex couple Sophie, left and Mel, right, from Crosswell, have been struggling financially since before the birth of their son Teddy, now seven months old, pictured

Outlining his big ambitions at the start of the show, the 21-year-old millionaire said: ‘What I eventually want to do is build my own skyscraper with my own name on it.’

Kam made his fortune through a drop shipping company, which sells products direct from the manufacturer to the consumer, and other ventures, including a web development company.

After years of difficulty in the classroom and homeschooling, he said he ‘completely gave up on the education system altogether’ aged 17.

His girlfriend Francesca owner her lingerie e-shop, which she makes and markets herself, has ambitions to become more establish and launch a clothing line. 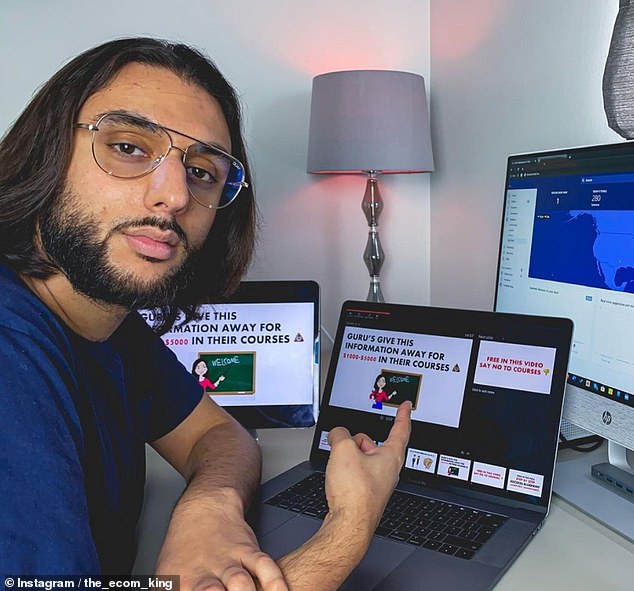 Kam, pictured,  left school aged 17 and launched several business venture, including his drop shipping business which made him a millionaire 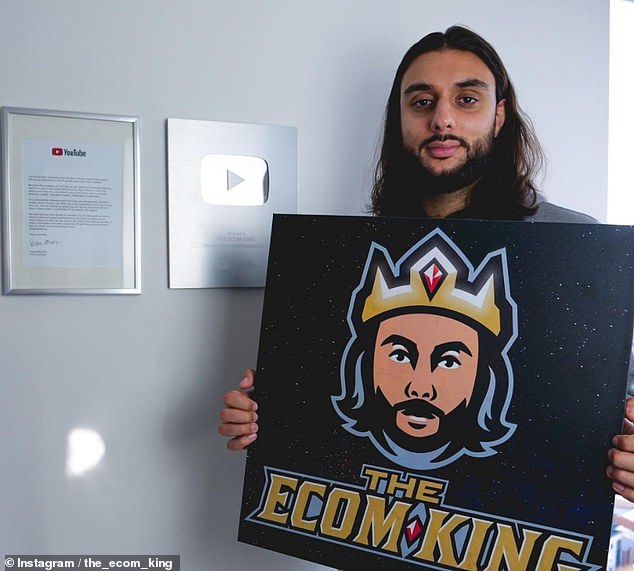 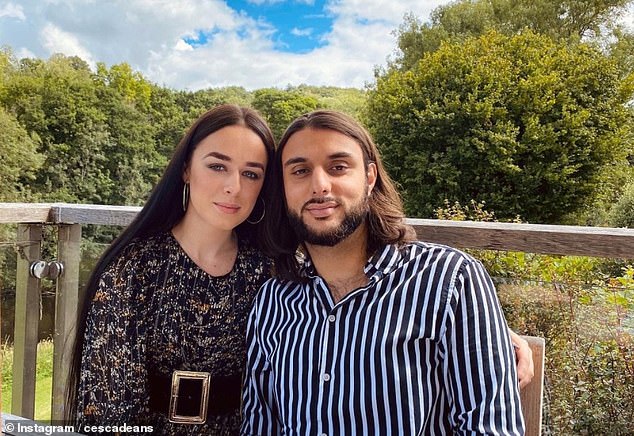 The pair, who both came from humble backgrounds, got together before Kam left school after meeting as teens.

‘When I first met Kam he had a bit of a bad boy persona but he was actually very nice,’ Francesca said, adding he had ‘nothing to his name.

‘My childhood definitely shaped me as in who I am today, because it’s made me be more determined to have much more money than what we came from,’ Kam said.

‘If you look at me today, I am nothing special. On paper I am meant to fail.’

The couple, who lived in a luxury apartment complex have busy lives and meditate and eat healthily to take the edge off.

Meanwhile, in former coal mining village Crosswell, Mel and Sophie said they felt they were in ‘a pit,’ due to £11,000 debt and raising their baby on £57 a week.

Sophie used to work as a carer but had to quit due to a complicated pregnancy, leaving Mel to support the family financially. 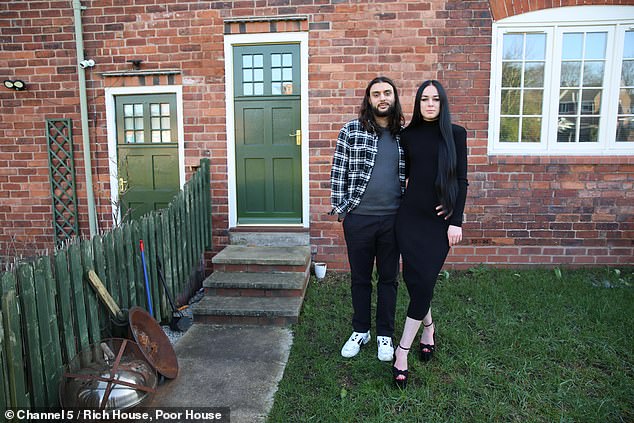 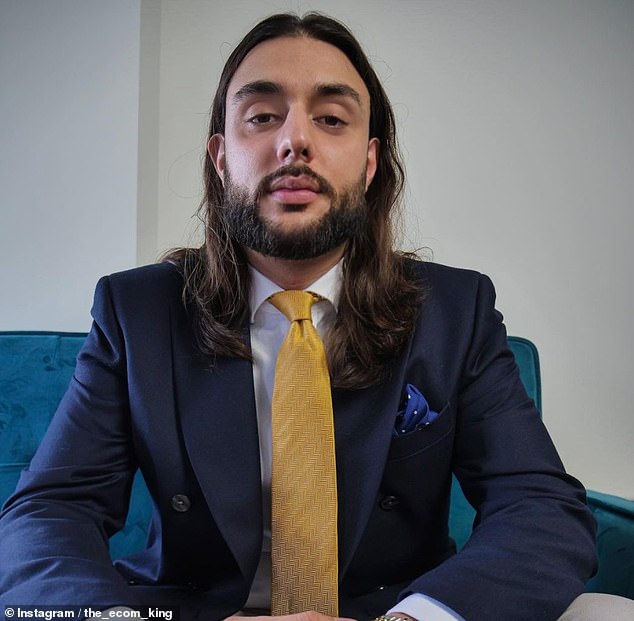 The mother was working as a bus driver, but had to stop due to the Covid-19 pandemic and switched to night shifts, cleaning buses and taking on security at the bus depot.

She also spent her Saturdays and Sundays working at her parents’ burger truck, sometimes being paid, sometimes doing it for free.

‘Luckily I’m back in full time work now, Soph’s looking after Teddy but we’re just in a pit and it’s really hard to get out of it,’ she explained.

Tasked with looking after their finances, Sophie admitted she’d hidden their level of debt from Mel, saying she wouldn’t ‘take it well at all.’

Meanwhile, she spent her spare time creating personalised prints to sell via Facebook, but admitted she was not making much.

‘For me the goal would be to sell them online, make a business out of it,’ she said.

The couple hoped the swap would leave them re-energised.

‘I really want to get my motivation back, since the first lockdown, I’ve kind of lost it, it’s very difficult to just get out of bed in the morning,’ Sophie admitted.

When the couple made it to Kam and Francesca’s swanky city centre apartment complex, they were blown away. 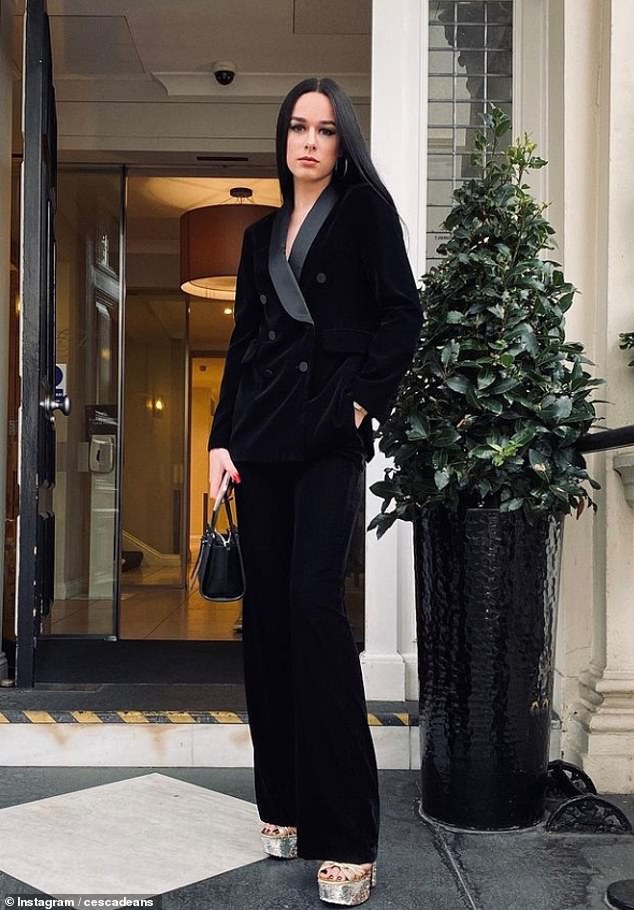 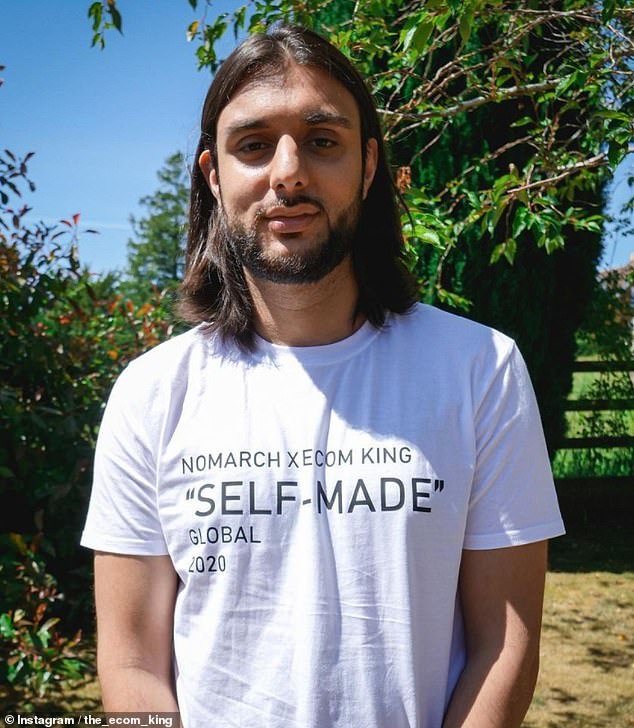 Kam, who came from humble beginnings, said that on paper, he was ‘meant to fail,’ and didn’t want to forget where he came from

Spotting pictures of Kam and Francesca, they couldn’t believe how young the millionaires were.

‘I expected them to be just a little older,’ Sophie told Mel, who replied: ‘or born into it.’

Meanwhile, at Sophie and Mels’ house, Kam and Francesca quickly noticed a drawer filled with letters from debtors asking Mel and Sophie for payments, including one notice that bailiffs would come collect the funds if they failed to pay their debt to the council.

‘If you’re raising a child and putting that much stress on yourself, wow that must not be good for you mentally,’ Kam said.

Looking at their budget of £56.86 for the week, Kam couldn’t believe how little Mel and Sophie had to live on per week.

‘For them to feed a child and both of them on £8 a day that is literally in my opinion, crazy. On a budget like that you’re eating noodles,’ he said.

While the couple adapted to their restricted budget and cooked a dinner of frozen food and pizza, Mel and Sophie were on cloud nine.

The couple were overjoyed with their weekly budget of £1,750, with Sophie telling the camera: ‘I touched my first ever 50 pound note in my life today.’

Both pairs also swapped schedules for the week, which meant Kam got a real sense of how much work Mel was putting in, working the night shift at the garage and the burger truck on weekends.

‘This is the exact future that I completely escaped from,’ he said.

‘All my friends who did like me in school, they’re all working the night shift in factories.’

Throughout their stay at Mel and Sophie’s house, Kam and Francesca received more letters from debtors, including one that looked like a court order.

‘It’s not nice to know someone’s chasing them for money and you got that burden on you. Especially when you got a child,’ Kam said.

During their week in Birmingham, Mel and Sophie were treated to a stunt flying lesson, wine tasting and fine dining, as well as several date nights, thanks to being able to afford childcare.

The couple also met with Kam’s business partner Tyrell, who gave Sophie advice on how to go about her printing business. 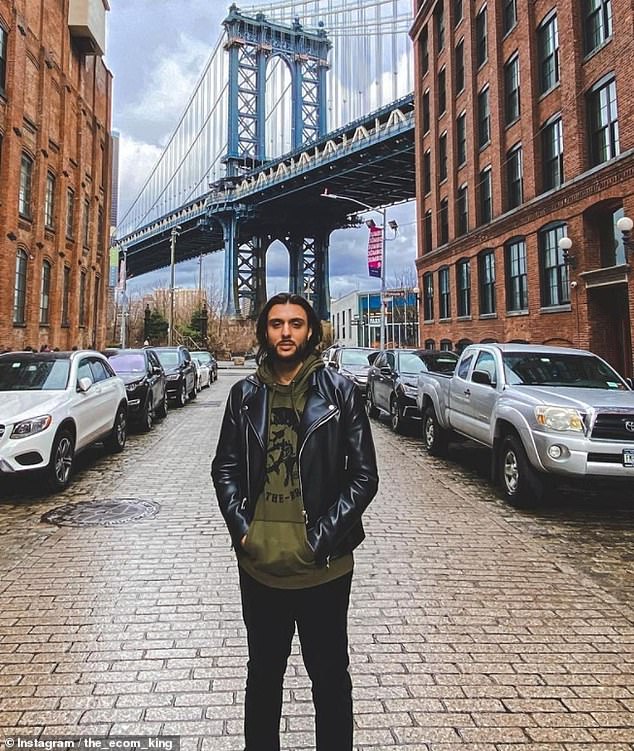 Ambitious e-commerce wizard Kam, pictured in New York, said he dreamt of one day have a skyscraper named after him

‘There’s a business model called print on demand. You take the money then you get the print and you send it over. all you got to do is create a website,’ he told her.

With the rest of Kam and Francesca’s money, Sophie decided to invest in her business and by herself a new printer.

After a week of living in each other’s shoes, Kam and Francesca met with Mel and Sophie.

Kam asked: ‘So what’s your plan tackling the debt, because from what I’ve seen it was about £10,000.

The revelation was a shock for Mel, who said: ‘I didn’t know it was that much,’ before adding she ‘needed to know’ and was going to ‘man up’ about it.

‘You got this debt problem, and you got your little side business the print business,’ he told Sophie.

‘You got to make a decision: is it going to be a hobby or are you going to make it an income?’ he said. 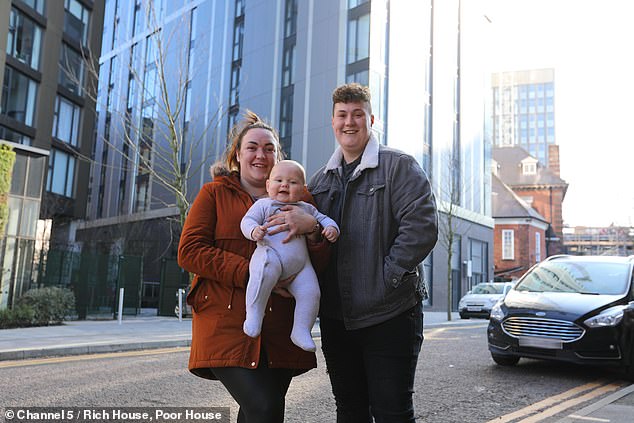 Sophie and Mel felt motivated to tackle their debt at the end of the show, with Sophie encourage to pursue her print business

When Sophie said she was determined to make it a business, he explained he owned a wed development company and could make a website for Sophie, who was left speechless.

‘I’m also happy to teach you some marketing techniques, helping you as well,’ he added.

‘You just got to make sure you’re gonna commit to it,’ Kam added.

I’m so grateful, I’m gonna make it. I’ve got to, I have a family,’ Sophie told the camera.