Princess Beatrice’s bouquet had a number of flowers with special, hidden messages. The most recognisable to royal fans will be myrtle, upholding a 162-year-old tradition. Royal brides have had the sprigs in their bouquets for many years, and Beatrice was no different.

This is just another nod to traditionalism in her wedding. Beatrice wore the same tiara as the Queen did on her wedding day.

She also wore a dress owned by the Queen and updated for the big day.

Her bouquet too featured a nod to vintage style. 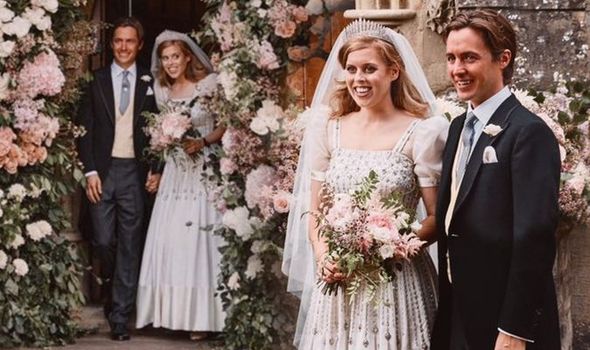 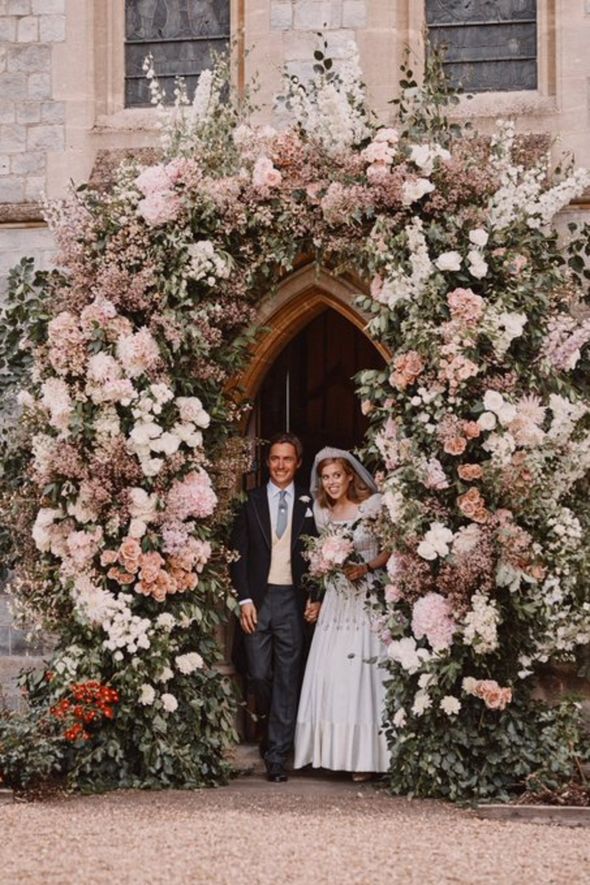 The designer of the bouquet, Patrice Van Helden Oakes, said: “They wanted to keep it natural, with dusky pink roses, British flowers and a vintage look.”

Flowers tend to have certain meanings they symbolise, especially when used in important moments like a wedding.

Jasmine symbolises various things in different culture, including love and sensuality, with the scent being used in many perfumes.

Sweet peas are associated with pleasure and saying thank you while astilbe represents patient and dedication.

This is because is blooms for a long time, signifying long lasting love.

Princess Eugenie’s wedding bouquet, on the other hand, made a nod to Scotland. 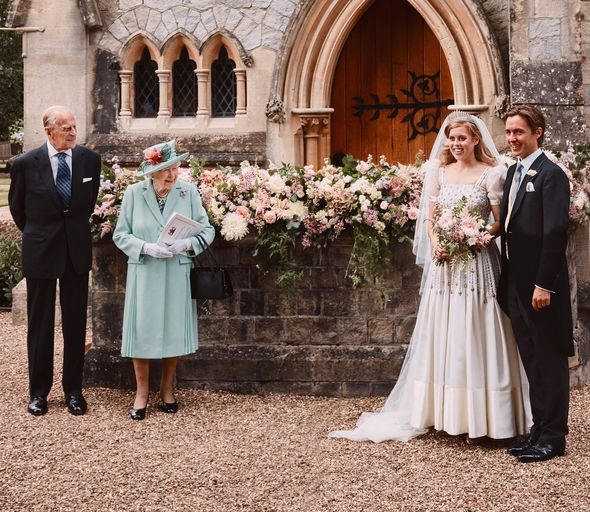 She used blue thistle, the national symbol for Scotland, and so is an interesting choice for a princess of the United Kingdom.

It could also been a nod to the Queen. Her Majesty is the current head of the Most Ancient and Most Noble Order of the Thistle.

This is the order of chivalry in Scotland. The Queen is also incredibly fond of Scotland, and often visits her famous holiday home Balmoral.

The something borrowed theme played a key role in Princess Beatrice’s wedding, as she wore a tiara from the Queen. 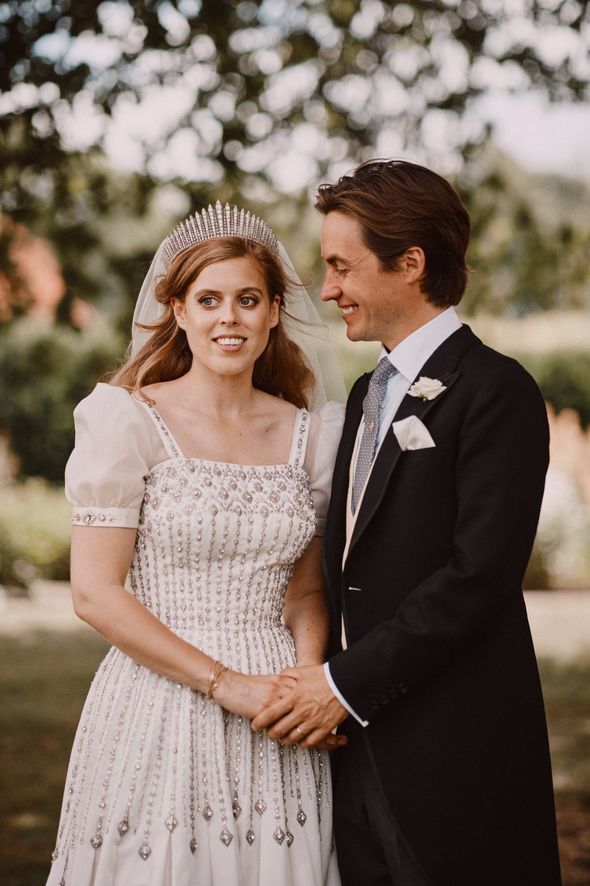 This is another royal tradition. Princess Eugenie, Kate Middleton and Meghan Markle have all borrowed tiaras from the Queen for their wedding day.

It consists of diamonds set in gold and silver, and features 47 diamond bars separated by smaller diamond spikes.