From smothering men in cake to playing with party balloons: Sex workers reveal the most bizarre requests they’ve had from clients

Sex workers have shared intimate details of some of their most ‘unusual’ bookings with one woman revealing she was once paid to cover a man in cake.

In a series of interviews by Daniel Delaway from The Archive the workers reveal the requests which left them stunned and the bookings they will never forget.

One escort, known as Olive Pearl, described a booking where she was asked to play with party balloons. 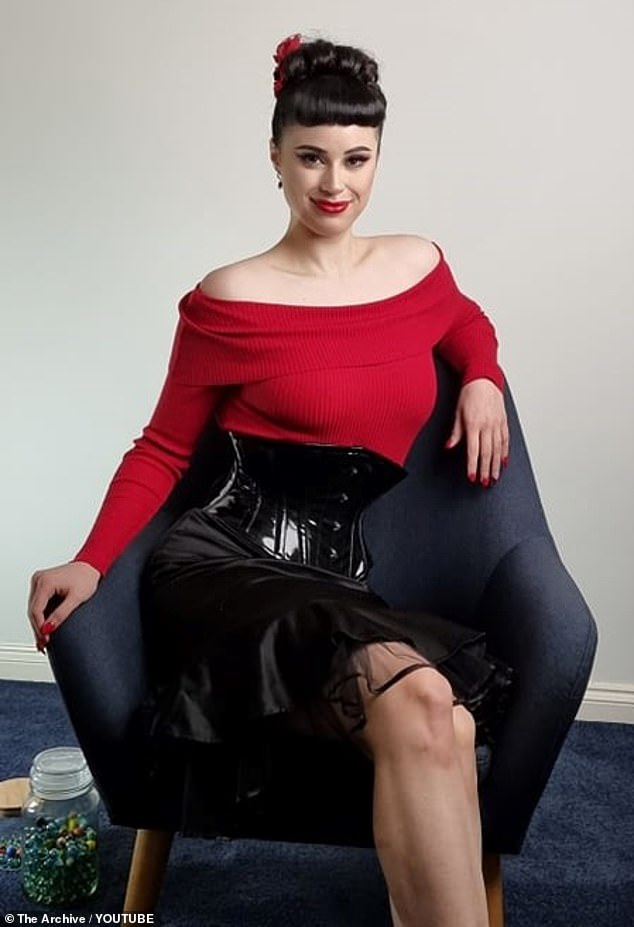 Sex workers have revealed the most unusual requests and career highlights – Evana De Lune, pictured, spoke about the moment she knew she ‘had made it’ 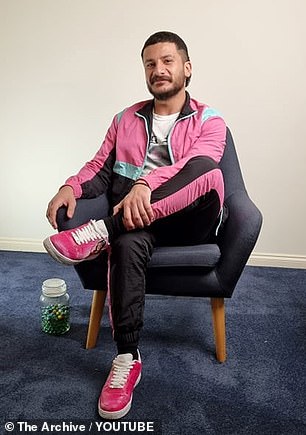 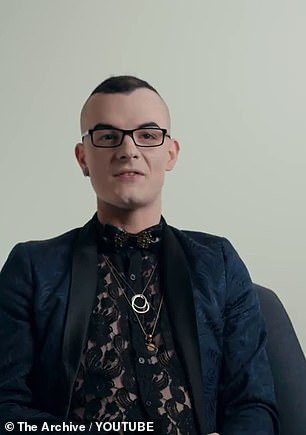 Known as The Real Sick B**ch of Melbourne, the man pictured left spoke about one of his first dates as an escort, while Jett Black, right, told a story about modeling underwear for a client

She explained the client asked two women to join him for the booking before instructing them to blow up the balloons and throw them around.

The man then requested they blow more balloons up ‘to the point where it is nearly bursting’.

‘At the point where it popped, he got a little fright, and that was the excitement,’ she said.

‘It was an hour and a half of blowing up balloons, popping them and rubbing them against ourselves and that was it,’ she laughed.

The escort has also been asked to help a client with his food fetish.

She said the man brought a chocolate cake with him to the booking, asked her to sit on it and then requested she rub it all over his body.

‘In his hair, his face, everything,’ she said, before adding it was a fun booking to be involved with. 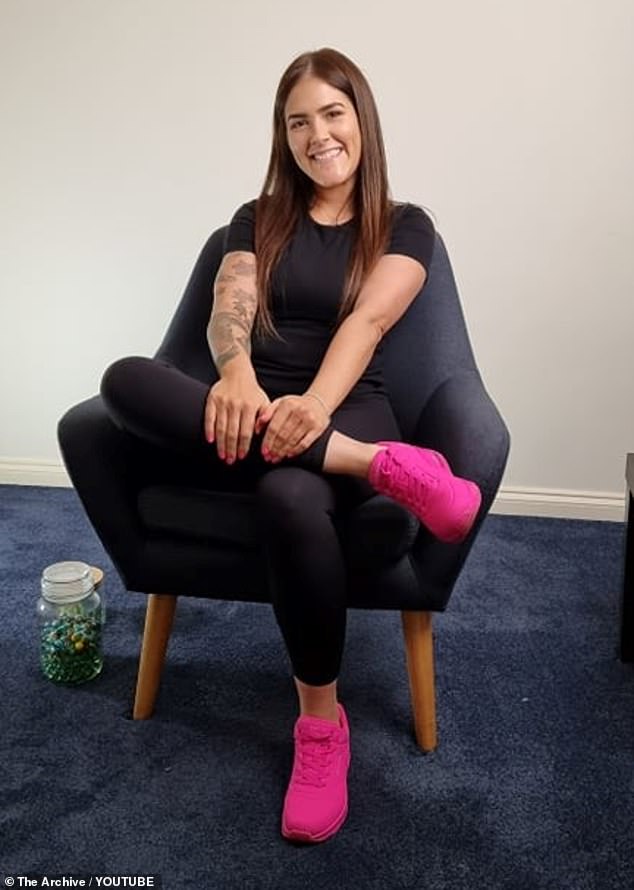 Escort Olive Pearl, pictured, told two stories about clients who didn’t want to have sex – one wanted her to pop balloons with a friend while the other wanted to be covered in cake

What unique things have the sex workers been asked to do?

1 – Play with and pop party balloons

2 – Rub the client with chocolate cake

An exotic dancer revealed the strangest encounter she had at work was with a regular.

The man would come into the club, drink a lot and then soil himself before heading home.

‘He came in and did it all the time,’ she said.

Burlesque artist Evana De Lune described her ‘unique’ booking as the highlight of her life.

She was dancing on the bar at a club for an exclusive polyamorous event when she decided to do the splits.

‘There was a woman sitting at the bar and I slowly slide down into a split, face crotch level, and as I hit that split I heard her audibly moan, and it was the best moment of my life,’ she said.

One man, who describes himself as a s*x entertainer, said he started escorting as a 20-year-old and one of his first ever bookings will stay with him forever.

The man said he met his date at an exclusive restaurant where his ‘full Valentino’ wardrobe wasn’t initially considered ‘good enough’ to grant him entry.

‘I told them who I was there to meet and they apologised and let me in,’ he said. 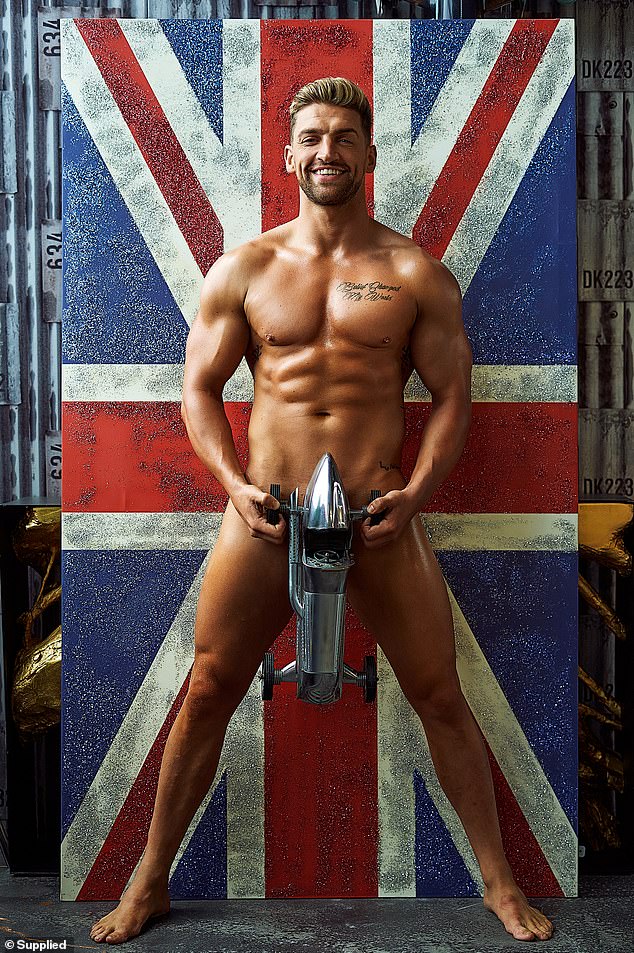 During the mean the escort said he felt uncomfortable and even ate a ‘chicken’s comb’ not knowing what it was.

‘It was a squiggly thing on the plate, I ate it because I didn’t know if it was food or a decoration,’ he said.

When the meal had finished he was taken to his client’s home where the ‘very large man in his 70s stripped off, put on a pig’s nose and began to act like the farm animal.

‘I got home and started counting the money, took ages, I have never made that much in a booking since,’ he said.

But the booking also taught him he should always discuss ‘what’s going to happen’ before hand so he doesn’t feel uncomfortable. 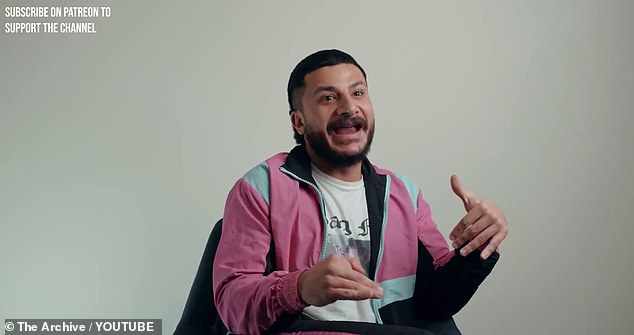 Another worker revealed his ‘best paid’ booking ever was a 10-hour marathon where he was told to model designer underwear for a man.

Other workers revealed they have turned down jobs after being asked to involve clients pets or go to the toilet on a customer.

While foot fetishes and men asking if they can ‘sniff the inside of dancers’ shoes’ appeared very common.

Escort Jake Ryan revealed he often comes around to new kinks after trying them.

The $5000-per-night escort recently spoke to Daily Mail Australia where he revealed he is often paid to urinate on his dates. 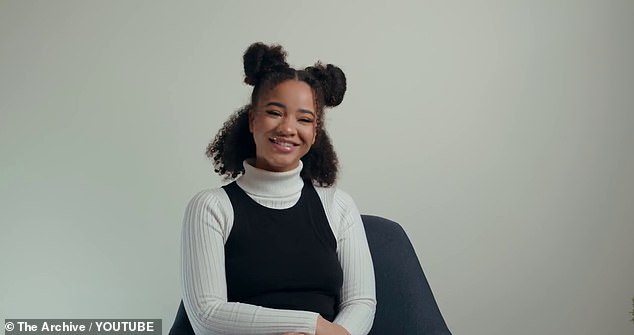 The workers agreed they didn’t want to kink shame anyone – and even if they refuse to offer a service it doesn’t mean it is ‘too weird’.

‘It just means it isn’t for me and is past my boundaries,’ one explained.

The sex worker series covers a range of topics including unusual bookings, the difference between good and bad clients and the decriminalisation of sex work.

The men and women involved in the series also spoke about how they got into the adult industry, the biggest challenges facing workers and what they wish the public knew about their careers.

The Archive is a Melbourne based business started by Daniel Delaway to give everyday people the opportunity to share their life stories through cinematic video interviews. This series and more can be seen on The Archive YouTube channel.

For more information and to organise an interview, visit their website.