Many fans and celebrities reacted to the sad news, including Lisa Rinna, who recently lost her mother Lois after she had also suffered a stroke.

Sharon Stone has revealed some heartbreaking news about her mother, Dorothy Stone.

The actress took to Instagram on Monday to share that her mom had “suffered another acute stroke.” Sharon, 63, — who posted a sweet photo of Dorothy smiling — asked her followers to “say a prayer” for her mother. 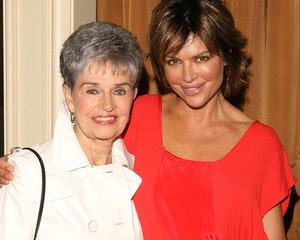 “Say a prayer for Dorothy Marie Stone, my mom, who has suffered another acute stroke tonight,” she wrote in the post’s caption. “Thx 🙏🏻.”

Many fans and celebrities alike took to the comments section to react to the sad news. Several stars commented that they were “sending love and prayers,” including Debra Messing, Leslie Jordan, Jaimie Alexander and Lisa Rinna, who just recently lost her mother Lois after she had also suffered a stroke.

Acute strokes — which can be classified as ischemic or hemorrhagic — are “caused by interruption of blood flow to a region in the brain,” per Very Well Health.

Back in 2019, during an interview with Variety at an event she put on for the Women’s Brain Health Initiative, Sharon revealed both her mother and grandmother previously had strokes. In addition, the “Casino” star suffered a stroke herself back in September 2001 and was hospitalized.

“This is why I do it: My mother had a stroke. My grandmother had a stroke. I had a massive stroke — and a nine-day brain bleed,” Sharon explained, sharing the reason as to why she’s advocating for “brain-aging diseases that disproportionally affect women.” 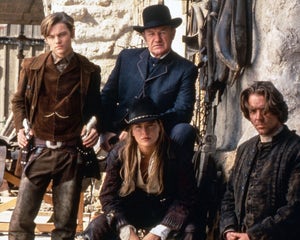 Following her near-fatal stroke, the “Basic Instinct” actress said it took her “about seven years” to recover.

“People treated me in a way that was brutally unkind,” recalled Sharon, who took a two-year hiatus from acting after her stroke. “From other women in my own business to the female judge who handled my custody case, I don’t think anyone grasps how dangerous a stroke is for women and what it takes to recover — it took me about seven years.”

Last March, the “Silver” star opened up to Oprah Winfrey about how she lost her “radiance” after her stroke.

“It isn’t so much your beauty as your radiance,” Sharon said to Oprah during a “Super Soul” episode. “It’s a radiance and a magnetism … a presence.”

“It comes from health and well-being and youth. I think that it comes from confidence, too,” she explained. “I think that when you’re in this kind of business that we’re in, they start telling you that you don’t have it anymore and you start believing it.”