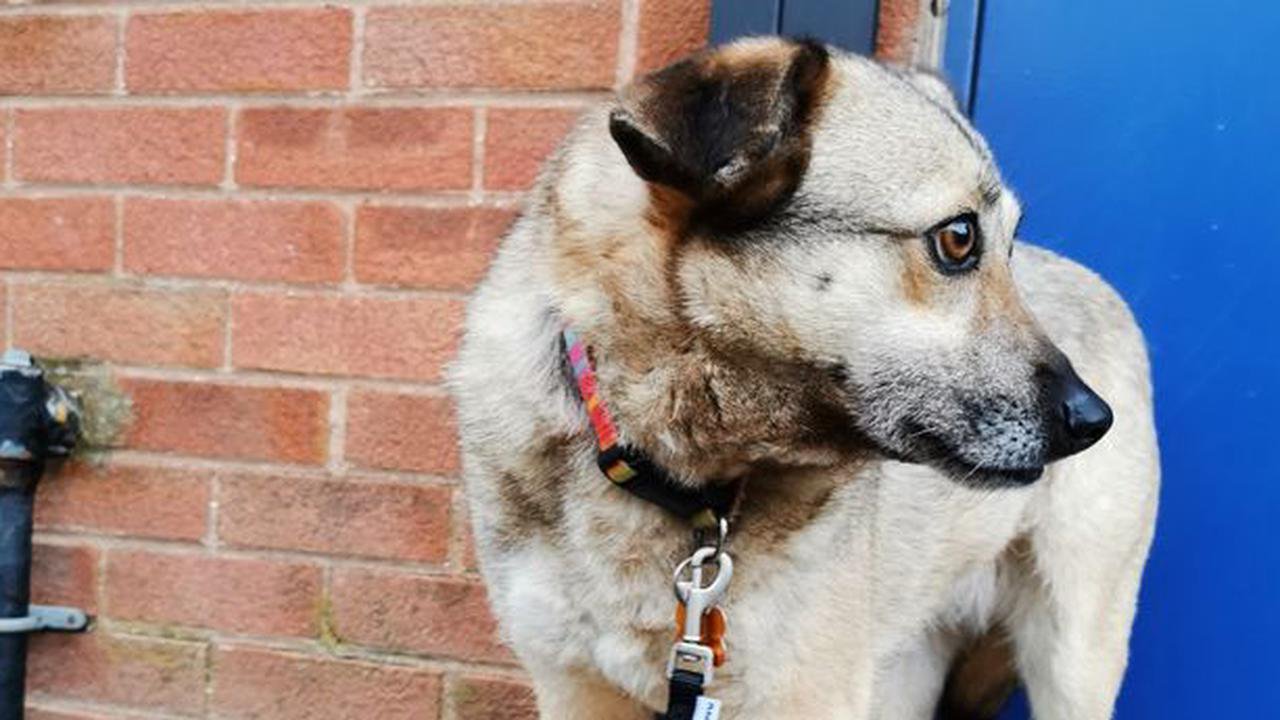 A dog who’s never known a family – spending her whole life in rescue centres – is now looking for a forever home.

Phoebe, who is five years old, came to Oakwood Dog Rescue in Hull from Romania.

She had been living at a rescue centre there since she was born, and staff at Oakwood are now hoping she’ll eventually know what it’s like to be a beloved pet.

A spokesperson for the centre said: ‘In one way that’s nice because she didn’t have to go through the heartbreak of being abandoned, but it makes us so sad that she’s five-years-old and doesn’t know what it’s like to have a loving family and a home.’

It’s not known what breed Phoebe is, but she’s about the size of a Springer Spaniel.

Presumably due to her upbringing, Phoebe is extremely timid around humans. For this reason, she’ll need an understanding owner who can get her up to speed with being in a house and walking on a lead.

However, she loves other dogs, so would suit a home where she isn’t the only pup and she can play with a friend.

Sensible teenagers are just fine, although young children might not be ideal for Phoebe to live with. She’s also not a fan of cats.

Oakwood added: ‘Phoebe is timid, and gets a lot of confidence from other dogs and will allow slight touch if another dog is around.

‘She cannot walk on a lead at the moment and needs time and space to get used to being around people and trust them before this happens.

‘Phoebe has been introduced to lots of dogs at the rescue since she arrived and she has loved every dog we have introduced her to – she is submissive and will run over and lay on her back to tell the other dog she is not a threat.

‘At the moment she doesn’t know how to play much but would enjoy a home with a playful dog that will teach her it’s okay to let go and relax.’

As well as her socialising needs, Phoebe arrived on the overweight side, so will have to be on a calorie-controlled diet until she slims down.

The charity say this will ‘make it easier on her joints’.

Of her prospective new owners, Oakwood said: ‘Pushing Phoebe could really frighten her; she will progress at her own pace and has promised to be a lovely dog.’

If you think you might be the person to give her her first ever family, you can complete an application form here.

Get in touch at [email protected]