Snaps reveal hilarious notices that will leave you giggling

Sign of a good sense of humour! Social media users share snaps of the VERY funny notices they’ve come across – including a hotel that’s ‘pet friendly except for bears’

Signs are usually put up to inform and instruct people of key information, but sometimes they can entertain too.

A new gallery compiled by BoredPanda features some of the funny signs people have made from the US and the UK and they’re guaranteed to raise a smile.

One sign tells people not to pole dance on tent poles and quips that individuals should find other ways to ‘disappoint their father’.

And another outside a hotel says: ‘We’re now pet friendly! Except for bears… we’re not making that mistake again.’

Here, FEMAIL shares some of the funniest signs…. 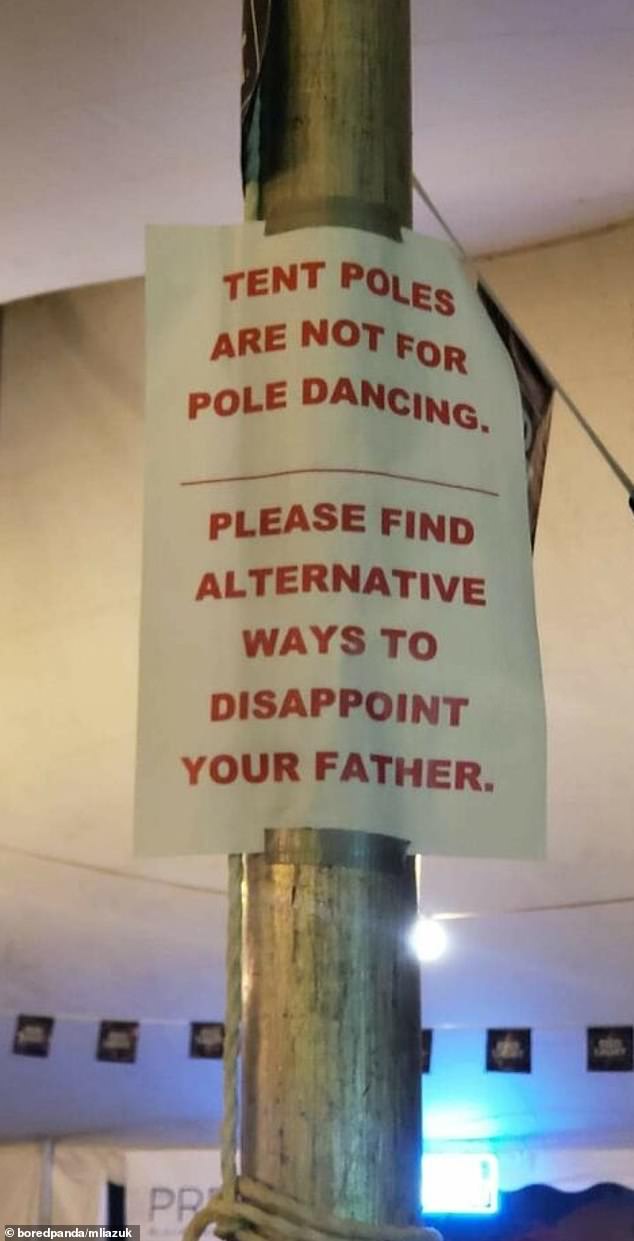 Oh no! People shared some of their funniest signs spotted while out and about and they were collated to a BoredPanda gallery. This sign, spotted at a local festival, appears to suggest that people used the tent poles for dancing in the past and quips that individuals should find other ways to disappoint their fathers 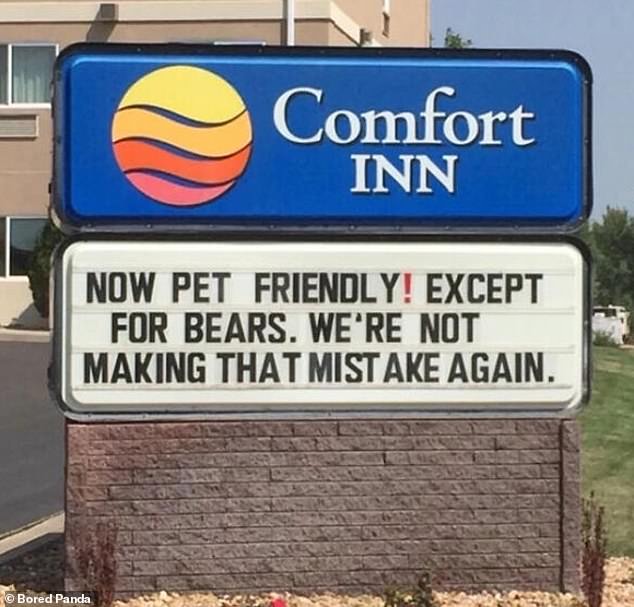 Beary scary! An American hotel has written a tongue-in-cheek sign which is also open to interpretation and suggests potential bear sightings in the past 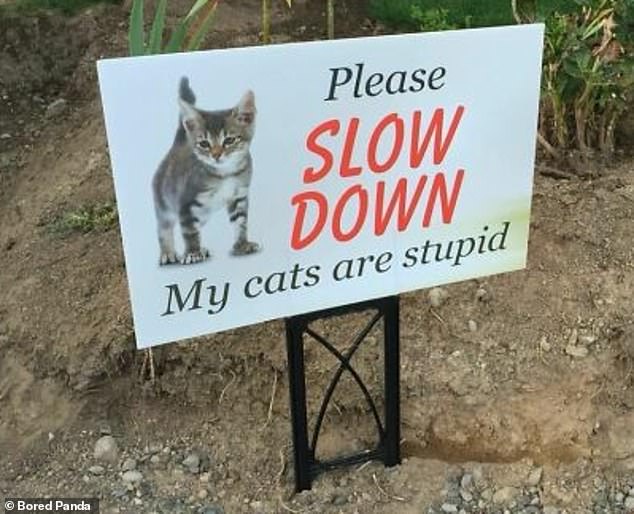 Cats eyes! Another beady-eyed poster spotted this sign in their neighbourhood, implying that their cats could run into the road 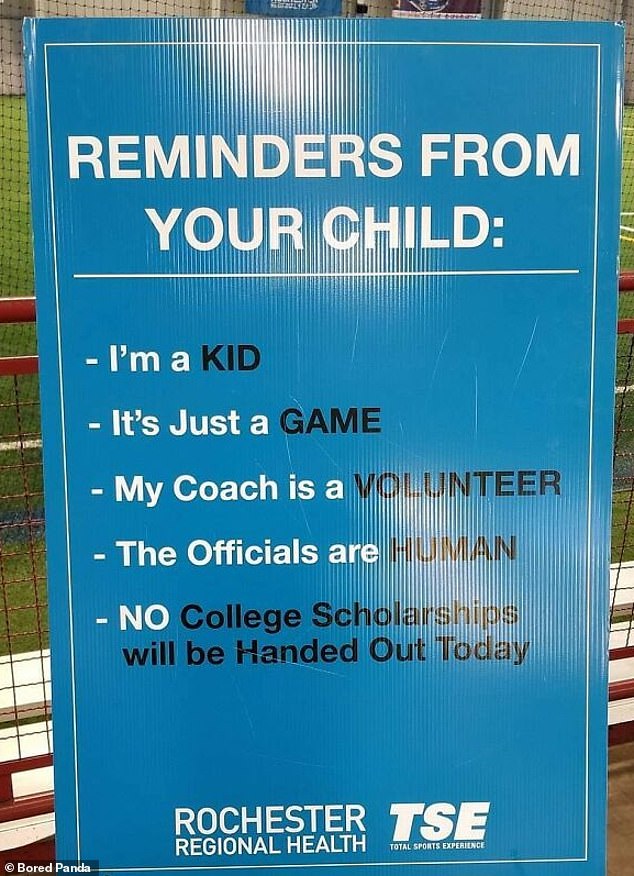 Just a game! A resident in Rochester, New York, shared this sign from their local sports complex, happy that competitive parents were getting a dressing down 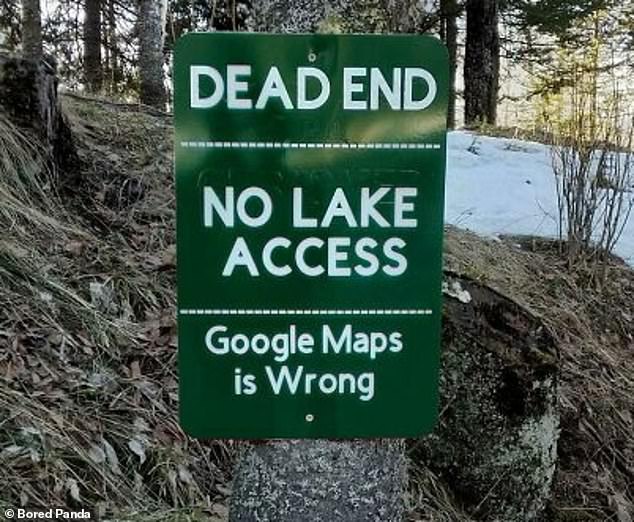 Don’t google it! This separate sign shared by a poster that was on their parent’s road, references Google Maps and said that in the remote location it is not always right 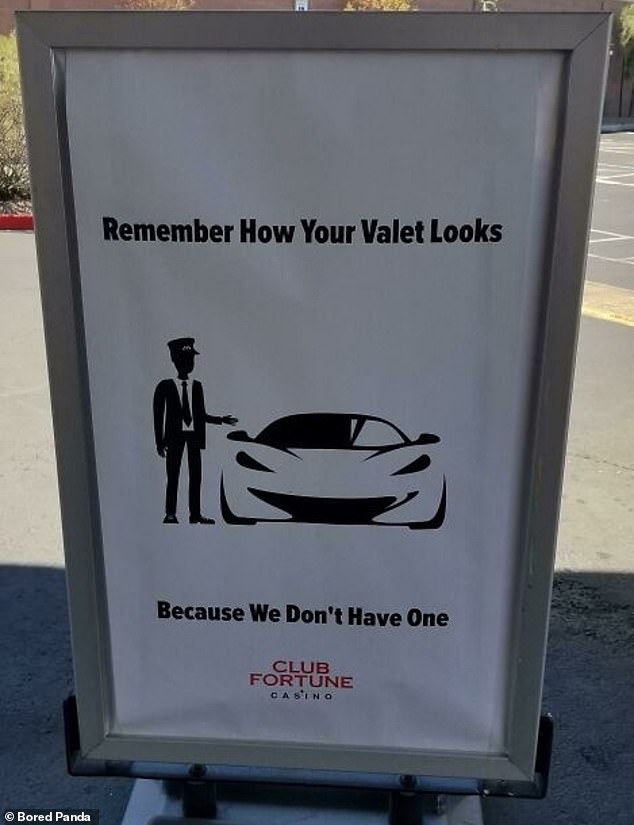 Yikes! This sign outside an off strip casino in Las Vegas posted by someone else suggests that people are often taken in by fake valets 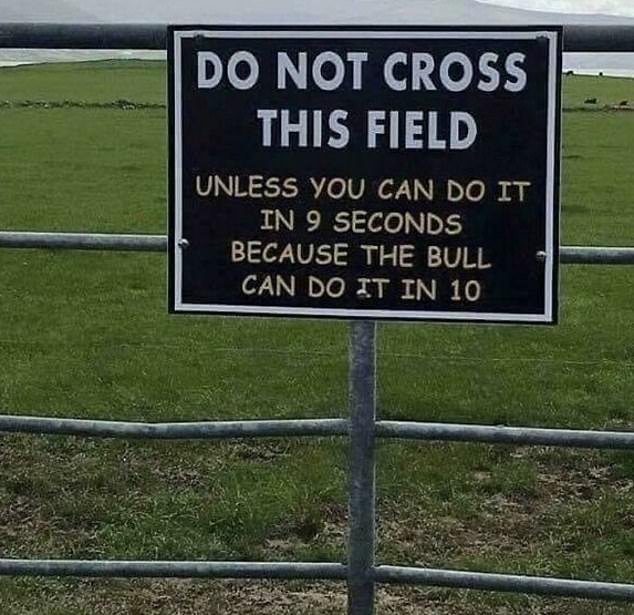 Beware! Another warning sign tells hikers not to face off with bulls as they are quick and can charge across in 10 seconds… unless they’re fast runners 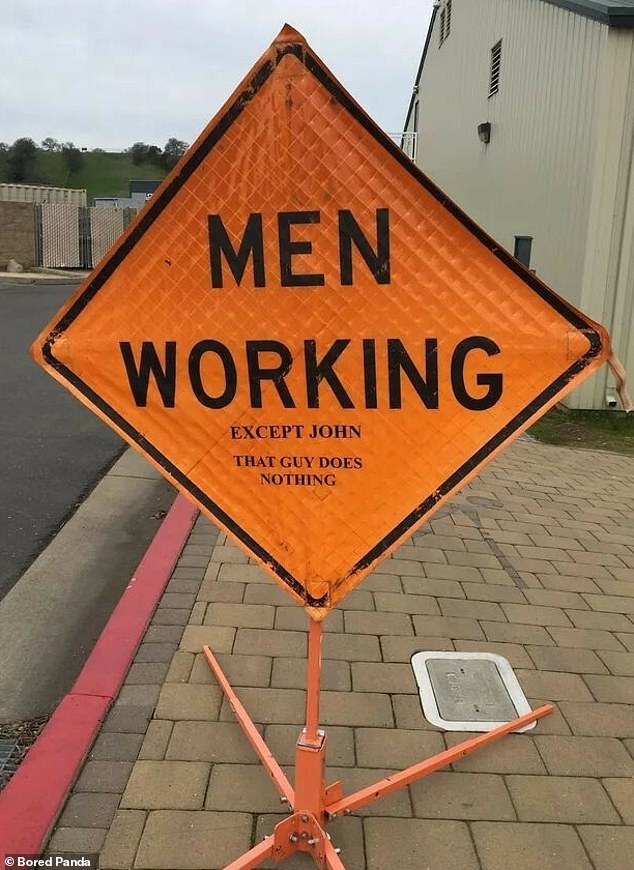 Bit lazy? Another jokey sign ribs a colleague supposedly called John who does not do enough work for his company 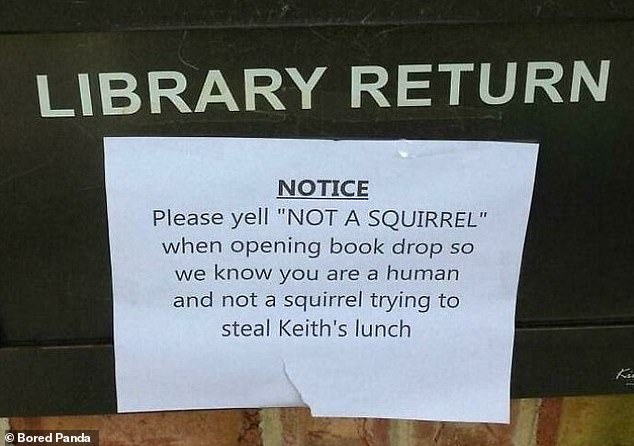 Animal madness! This American library had some fun with the sign on its book drop hatch 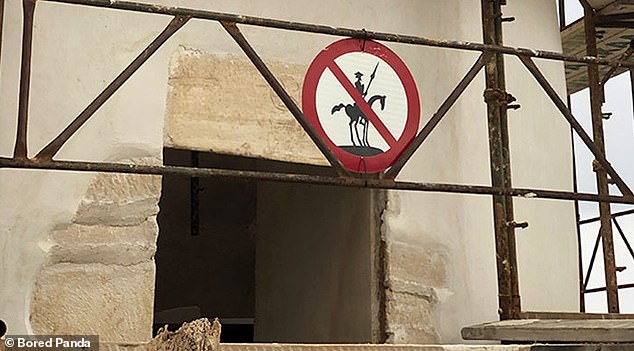 You’re barred! Another humorous sign at a windmill restoration site in Mykonos, Greece, appears to ban Don Quixote… guess chivalry is dead then 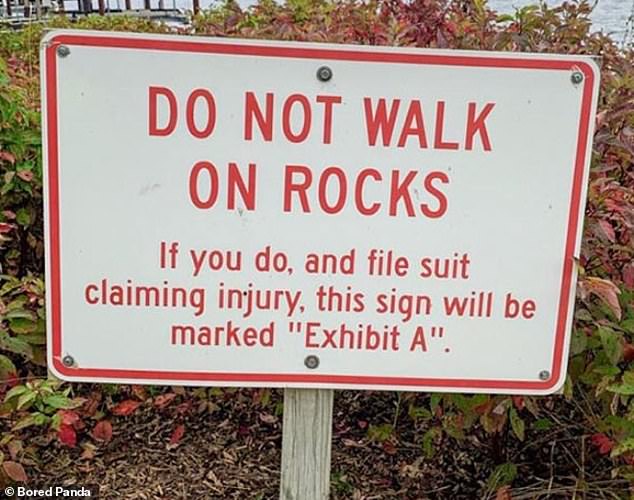 We warned you! This picturesque site prewarns people not to walk on rocks and says if they do and get injured then they will be referred back to the sign 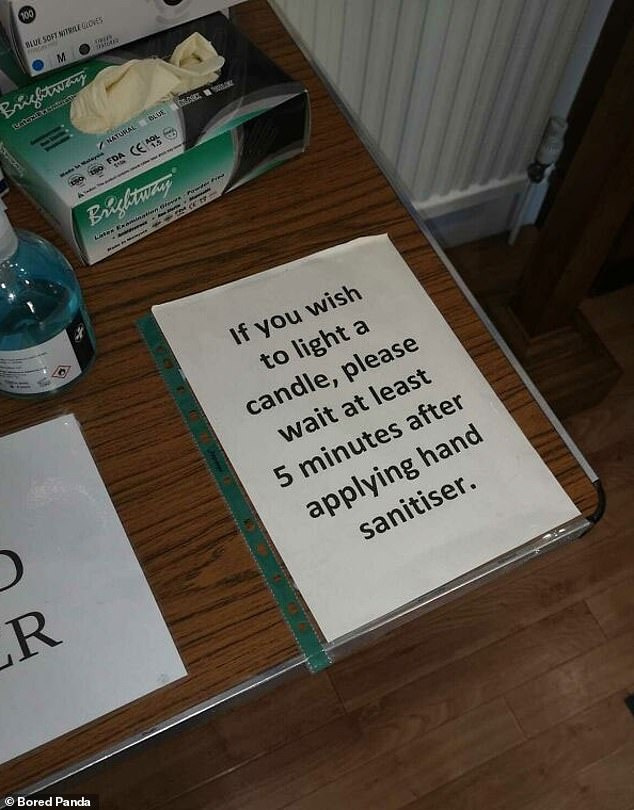 Pure alcohol! A local church warns people to wait after applying hand sanitiser before lighting a candle, implying the liquid is very flammable