Steph & Dom solve your sex, love & life troubles: My boyfriend is richer than me and it’s a problem

TV’s Steph and Dom Parker, 52 and 54, draw on their 20 years of marriage to solve your relationship problems . . .

Q: I’m 44 and dating a really lovely man I met online. We have loads in common and get on really well. The thing is, he’s a successful lawyer and loves going to fancy restaurants, bars and hotels.

At first, I loved this too: he spoils me rotten and it makes me feel so special. But we’ve been going out for about four months now and I worry it’s starting to affect our relationship dynamic. The power balance lies with him. Sometimes I offer to pay, and he lets me, but to be honest, I can’t afford it and I feel like I can’t keep up.

I’ve also had to splash out on clothes and beauty treatments for these dates, which has cost me a bomb.

It’s all going on my credit card and that’s stressing me out. I have a good job in marketing, but I don’t earn anything like as much as him. It’s starting to make me feel small. What should I do? 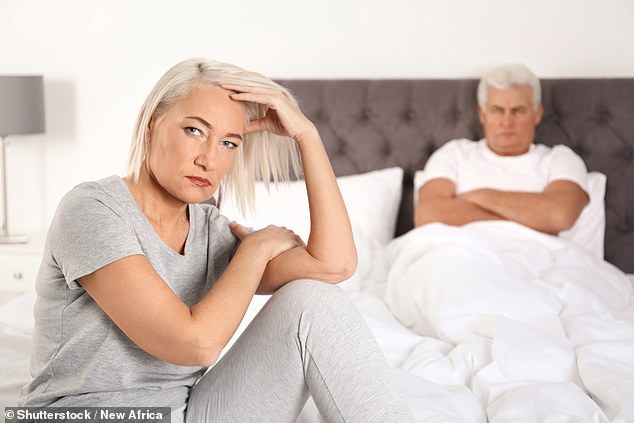 An anonymous reader asked for advice with her boyfriend of four-months, who is a successful lawyer. She feels the power balance lies with him as he earns more (stock photo)

Well, this is interesting! From your letter, I have absolutely no sense of who your boyfriend is, beyond the fact he is a wealthy lawyer. (And I have yet to meet one who isn’t.) This should be a positive really — not a reason to write asking for advice.

So how do you really feel about him? I’m not sure you know. You seem to be trying so hard to make yourself ‘worthy’ of him and his giddy social circle — and racking up considerable debt at the same time — that you’ve lost sight of the man.

You say you get on well, but you must ask yourself some hard questions: are you excited about spending time with him, or going for cocktails at the Sanderson Hotel? Does he like you because you look wonderful on his arm or because you’re you? To be frank, I’m not sure this amount of twitchiness after just four months bodes well. Do you really need a new outfit for every date? Take a deep breath and have the confidence to be the lily without any gilding. 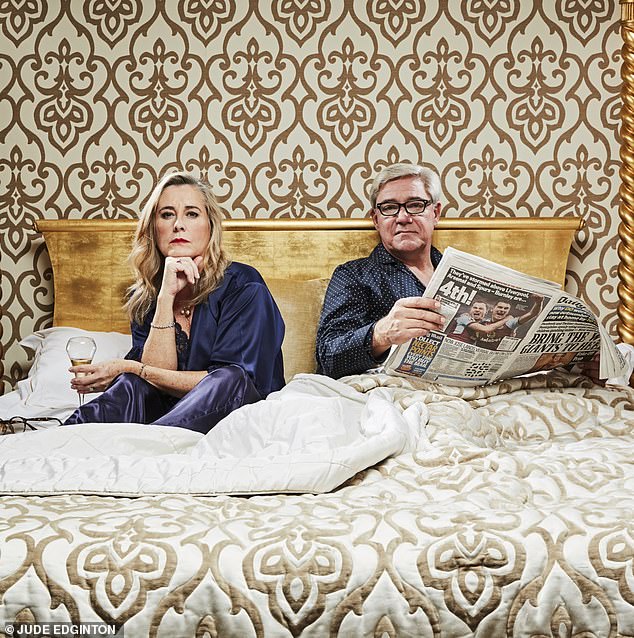 It’s a measure of how far women have come that we can be this insecure about our income compared to that of our men. Our mothers did not think like this, and our grandmothers wouldn’t have dreamt of bringing in a comparable wage.

In principle, it’s a good thing to be competitive with men about money, but, in this case, the reality is you’re not a lawyer, so you cannot expect to keep up with him financially. Given this blunt truth, you must address your insecurity, or end the relationship now.

It’s only by talking to him that you’ll know which way to go. Tell him honestly that you can’t afford to keep up with his lifestyle. Truth is the bedrock to every relationship and, at this early point, it would be fatal to build on half-truths and lies.

I think his response will tell you if he’s a keeper.

If Mr Moneybags turns around and says, I want a trophy girlfriend rather than a real woman, then he’s not the man for you. But if he’s a decent type, then being the cause of so much anxiety to you will be the last thing he wants.

A decent guy will sympathise, possibly apologise, and suggest alternate dates that don’t make you feel rotten. If you’re right for him, he won’t care how often you do your hair or what you’re wearing. He’ll just want to spend time with you. Fingers crossed! 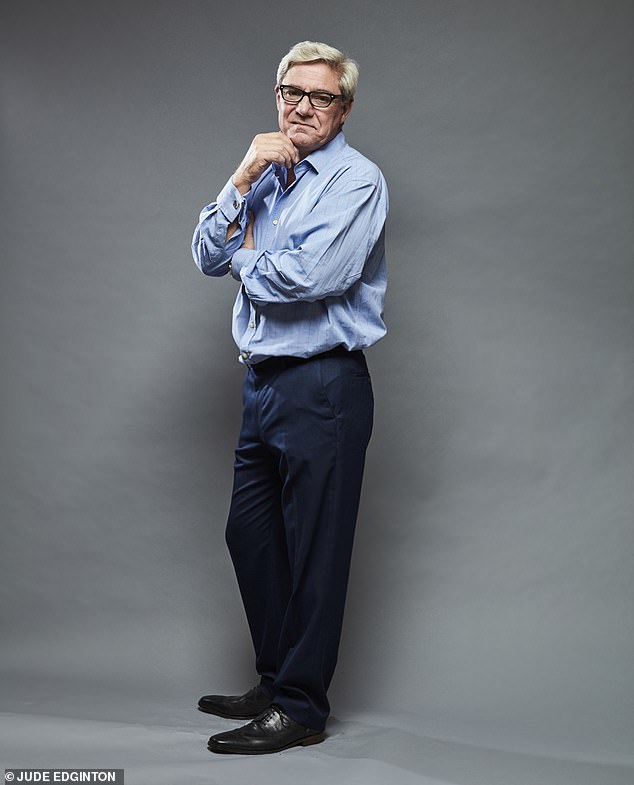 Dom (pictured) urged the reader to ask herself some hard questions: is she excited about spending time with him, or going for cocktails at the Sanderson Hotel?

First of all, I’m delighted for you. You’ve found a ‘lovely man’, and you clearly have huge fun together. He sounds to me like an old-fashioned type and, on one level, you should certainly take his behaviour as a compliment — he’s spoiling you rotten because he’s keen on you and desperately wants to impress.

And, yet, I do understand your awkwardness too. He’s old-school in his approach to courting, but you’re not, and you’re starting to feel uncomfortable with all this lavish entertainment. In your mind, it’s become an issue of power.

He thinks drinking vintage champagne in a swanky hotel bar is the surest way to your heart, but for you it’s become a source of guilt and worry. At the root of this is your feeling of being compelled to go along with what he wants to do. You think he who pays the piper calls the tune.

But you do have the power to stop it. It may take a fairly nuanced conversation (I might feel marginally offended if my attempts to woo a lady were spurned on the grounds of over-generosity), but it seems fixable.

You need to wrest back some control. He’s shown off his extravagant lawyer lifestyle; now you must show him your favourite ways to have fun. They may be less glitzy, but they’re just as valid — and, your choice.

My advice is to hijack your next date. Don’t wait for him to suggest a posh restaurant — get in there first and ask him to come over to your place for a home-cooked meal. Tell him the dress code is T-shirt and jeans.

Yes, your relationship is in its early days, but what it’s definitely lacking is cosiness. After a while, all those trendy clubs and eye-wateringly expensive restaurants get boring. Nothing beats a night in with no distractions except each other. For my money, it’s twice as romantic as a fancy night out, and much more authentic as a means of getting to know each other.

And I do worry slightly that he is using the big flash date as a mask. It’s easier to project an image when you’re out in public and performing a role.

You say you have loads in common, which is wonderful, but how often in these four months have you seen him on your terms? What matters in the end isn’t the size of his wallet, but the kind of man he is. He needs to show you that, too.

A pub lunch; a country walk; a romantic film — there’s nothing wrong with a cheap date. In fact, it’s from these intimate, ordinary encounters that love much more commonly springs. Make it your way of spoiling him.