SUPERMARKETS across the UK have been hit by a nationwide cat litter shortage, leaving pet owners raging.

Cat lovers have been met with empty shelves as supermarkets struggle to refill their own-brand litter following the collapse of supplier Bob Martin. 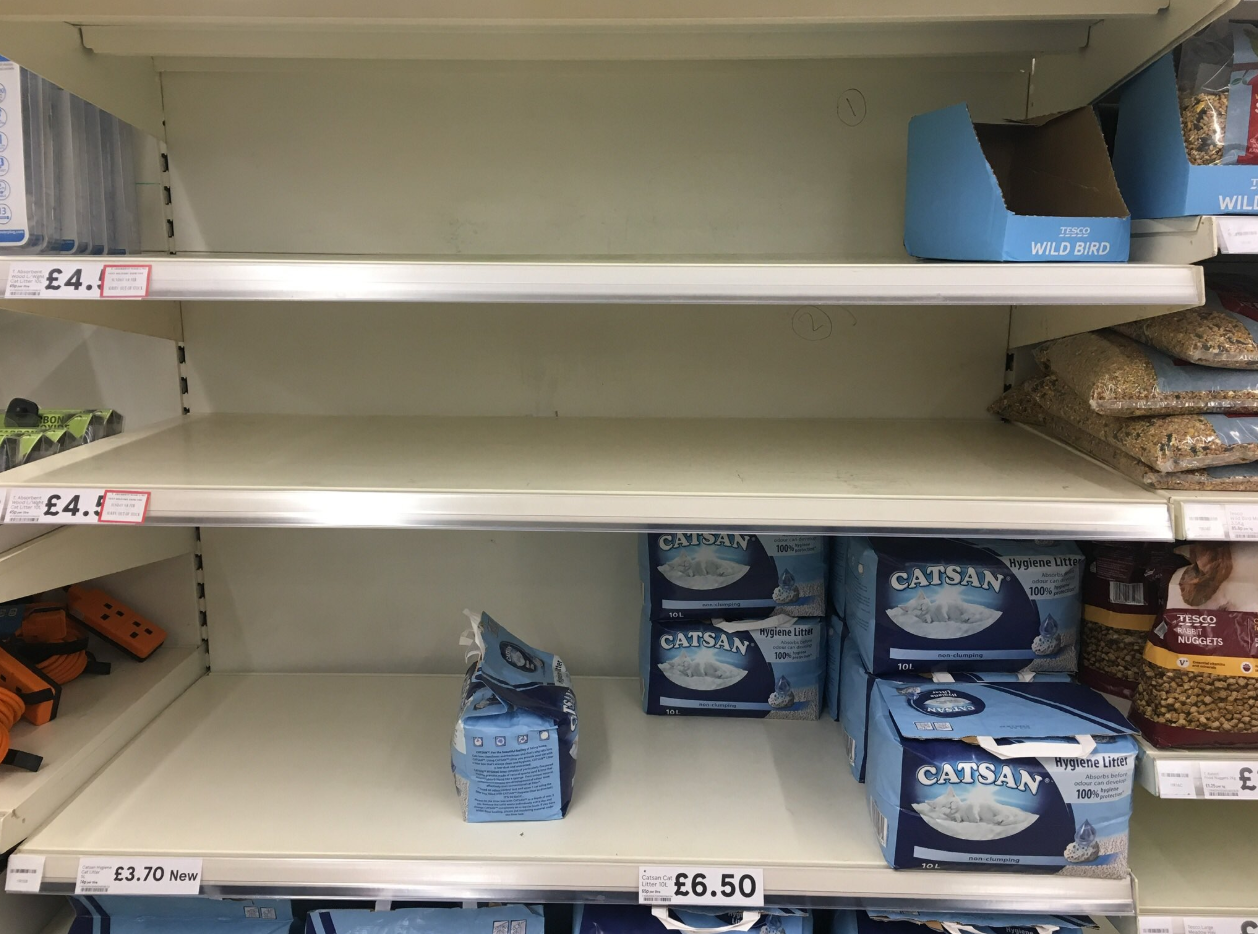 Bob Martin, which supplied cat litter to big brands including Tesco and Sainsbury’s, fell into administration in November.

Parts of its business were then sold by rival brand Pets Choice – but it’s not clear what stage the acquisition is at.

Supermarkets have been reporting issues with their own-brand supply of cat litter for several weeks now, with cat owners taking to Twitter to vent their anger at the lack of stock.

Tesco, Asda, Sainsbury’s and Morrisons have all confirmed the supply issues. 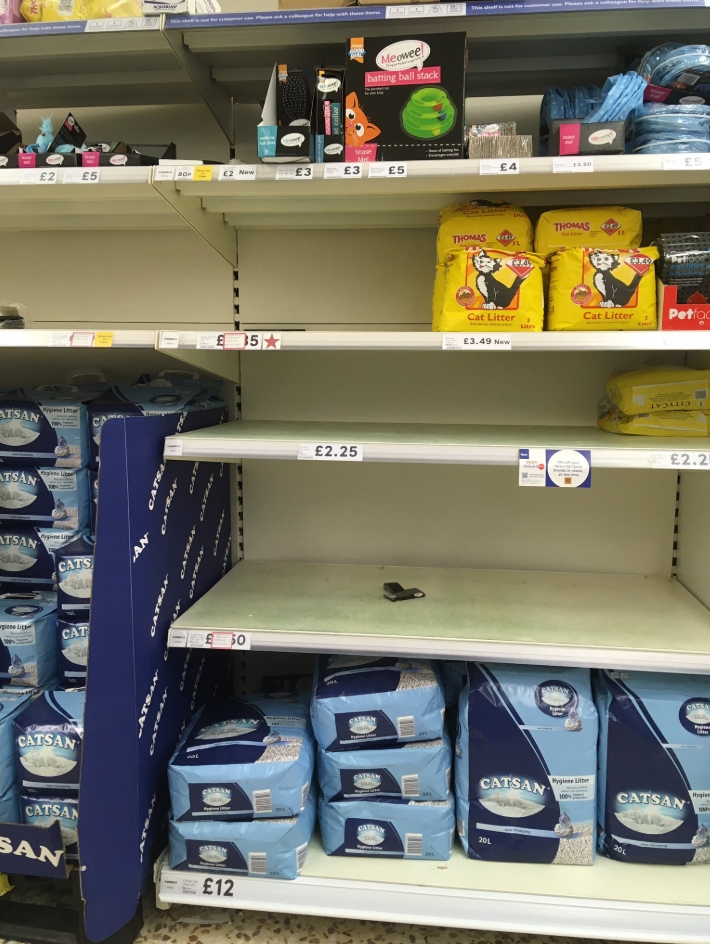 The problem appears to be isolated to own-brand cat litter, as pet owners can still buy premium brands like Catsan.

Catsan is owned by Mars, which is why their supply chain isn’t affected by Bob Martin’s collapse – but their cat litter is up to 50 per cent more expensive than supermarket brands.

For example, a 10kg bag of Catsan costs £6.50 compared to the same size bag of Tesco own-brand litter which costs £4.25.

Taking to Twitter to vent their fury, one supermarket shopper asked Asda: "No smart price or own brand cat litter. None for weeks apparently, what's going on?

"Shelf filled with Andrex. With best will in world can't see my cat using the toilet and then needing to wipe."

Another said to Asda: "Hello! Can you tell me what’s happening with the Smart Price wooden cat litter in your Aberdeen stores.

"Can’t get it at all. My cats are crossing their legs!"

A Tesco shopper tweeted: "Is there a national shortage of Tesco own brand £1.84 10L cat litter? Are you having issues with supplier?

"Any expected back in Gateshead? My cats are very fussy."

While another Tesco customer said: "Why has your Wigan store not got cat litter? Stupid not had any now since Christmas."

The situation isn't any better for Sainsbury's shoppers, with one customer tweeting: "No ultra clumping cat litter at the Sydenham store again this week. Frustrating."

"I need some desperately for my cats and my store hasn’t had any since before Christmas."

A Morrisons shopper tweeted: "Have you discontinued the Morrison’s savers cat litter? It seems to be out of stock for about a month now."

While another Morrisons shopper said: "Not been able to get your own brand cat litter for weeks now.

"Been to all the stores in Bradford but nothing. Any idea when this issue might be resolved?"

A Sainsbury's spokesperson told The Sun it's working to replenish its own-brand stock as quickly as possible.

The spokesperson said:  “Some stores are running low on some cat litter lines but we continue to offer a number of options. We are sorry for any inconvenience this may cause.”

Tesco spokesperson told The Sun: “We are aware of some shortages of cat litter products across the market and we’re working hard to resolve this and to have full availability again soon.”

We've yet to hear back from Asda and Morrisons, but both supermarkets have acknowledged the shortage on Twitter.

Asda replied to a customer saying: "We're aware of a supply issue with cat litter, which we're working to get resolved as soon as possible. Sorry for any inconvenience caused here."

While Morrisons told one shopper on Twitter: "We are having some supply issues with cat litter at the moment and unfortunately don't have a definite date of when this will be sorted."

The Sun has also contacted Bob Martin and Pet Choice for more information about which brands are affected, as well as when customers can expect stock levels to return to normal.

We've also asked Aldi, Lidl and Waitrose if they're aware of any supply issues.

If you're struggling to find your usual cat litter for your furry friend, it's worth using a comparison site to compare prices of products that are in stock.

The best way to make sure you're getting the most fizz for your money is to use a comparison website like MoneySupermarket.com.