Jane Austen has been a magnet for fan fiction, or ‘‘fanfic’’ as it’s known to its producers and consumers, since at least 1913, when Sybil Brinton in her novel Old Friends and New Fancies mashed up all six of Austen’s completed and published novels in a sequel that integrated all of the major characters and added some new ones of her own.

These days there is an outfit calling itself the Derbyshire Writers’ Guild, which describes itself as ‘‘a community of writers and readers of Jane Austen fan fiction’’. The rash of Austen screen adaptations that broke out in the 1990s has persisted unsoothed into the 21st century, as has the production of Austen fanfic. Even so, the appearance of four different full-length novels from major publishers just over the past month or two must be some kind of record, particularly as all of them are good enough to have attracted major publishers. 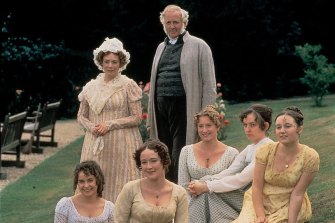 The Bennet family as seen in the BBC’s 1995 adaptation of Jane Austen’s 1813 novel, Pride and Prejudice. Mr and Mrs Bennet, with (l-r) Lydia, Elisabeth, Jane, Catherine and Mary.Credit:

The Clergyman’s Wife and The Other Bennet Sister begin from the same premise: that the financially limited and physically plain secondary female characters in Pride and Prejudice were given a raw deal by their creator and her society, and deserve to be moved into focus under more sympathetic lighting.

In The Clergyman’s Wife, Lizzie Bennet’s ‘‘very plain’’ friend Charlotte Lucas makes the pragmatic decision that contenting herself with marriage to the frightful Mr Collins will be preferable to life as a spinster with no money, and, as in the original, she makes the best of it. But then along comes the humble but kind and physically strong Mr Travis, a local farmer, and the story threatens to turn into a more decorous version of Lady Chatterley’s Lover.

Molly Greeley’s novel is a slow-moving but gently told story that maintains the characterisation of Charlotte in the original, as a sensitive and intelligent realist. 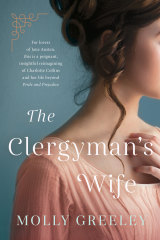 It adds a few extra dimensions of complexity to Mr Collins, though it maintains the spectacular awfulness of Lady Catherine de Bourgh, and towards the end reminds us that the uncertain fate of the five Bennet sisters has always turned on the fact that Longbourn is entailed, which means that when Mr Bennet dies, Mr Collins will inherit — and his wife Charlotte will become mistress of — the Bennets’ former home.

The Other Bennet Sister turns the spotlight on poor Mary, whom Austen calls ‘‘the only plain one in the family’’. Janice Hadlow moves her to centre stage and gives her a vivid and convincing inner life, and seeing the characters and events of Pride and Prejudice through Mary’s eyes is an eye-opening testament to the skill of the author.

Hadlow is a historian and biographer and has been an award-winning producer and senior executive at the BBC, skilled in the art of storytelling and verbal portraiture. Her intelligence, inventiveness, and understanding of history give this novel some real distinction.

All the other sisters are married off by the end of part one of this four-part book, and from there Hadlow strikes out on her own, picking up Mary’s story thus far and spinning it into the future. 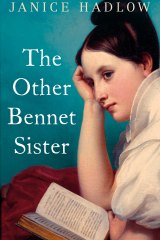 Hadlow has worked out a complex Austenesque plot for Mary’s subsequent life but it eventually gets somewhat bogged down, as though removing the invisible corsetry of Austen’s own plot framework had left it to bulge and sag.

But there are moments of real drama and psychological acuity. The original version of the scene in which Mary ill-advisedly draws out her mediocre musical performance at the Netherfield Ball is told by Austen through the eyes of Lizzie, who is full of anguish at her family’s behaviour. Lizzie makes wordless signals to her father, who takes the hint and says to Mary: ‘‘That will do extremely well, child. You have delighted us long enough. Let the other young ladies have time to exhibit.’’

This has delighted, in its turn, two centuries of readers. But seen from Mary’s point of view, it’s an excruciatingly painful public humiliation at the hands of a much-loved father and sister. What Hadlow brings to the fore in her recreation of this scene is the fact that, in addition to his other shortcomings as a father, Mr Bennet is also a bully. Permanently wounded by this moment and painfully conscious of the fact that her mother cares nothing for her, Hadlow’s Mary is left to pick up the pieces of a loveless life as best she might.

Miss Austen and Jane in Love both take their subject matter not from Austen’s fiction but from her life. 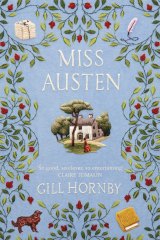 Miss Austen focuses on Jane’s older sister Cassandra and the fact that Cassandra is known to have burned many of her late sister’s letters not long before her own death, and Hornby offers some speculations about the reasons Cassandra might have done so. Chief among these is a view of Jane's life that has a revelatory ring of truth about it.

But Hornby struggles with a problem that many writers have when attempting to fictionalise true stories and real people. An inability to see which parts of the source material are vital to the story — usually the result of a desire to stay faithful to known facts — can result in a confusing plethora of detail about names, places, and motivations.

The great achievement of this novel is its characterisation of Cassandra as a strong and capable woman in her own right, protective of Jane, content to play Martha to Jane’s Mary, and courageous enough to take matters of posterity into her own hands.

Jane in Love is pure romp and is the closest of these four novels to the playful spirit of fanfic. 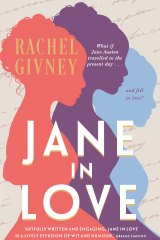 From her life in Bath in 1803, the 28-year-old Jane Austen involuntarily time-travels to the contemporary world, where she materialises on a movie set at the feet of Sofia Wentworth, an ageing actress having a panic attack about her unbecoming costume as an unappealing minor character in an adaptation of Northanger Abbey.

What follows is a sequence of very funny misunderstandings, the most significant of which is Jane’s growing devotion to Sofia’s brother Frederick, a history teacher with the appearance and personality of a Hemsworth brother.

Rachel Givney is a screenwriter with a highly developed understanding of plot structure and narrative drive, and there are some hilarious scenes as Jane comes to terms with electricity, internet technology, and flush toilets. In the end, she is faced — thanks to the relentless logic of time-travel — with a dilemma many female writers have encountered: a forced choice between art and love.

Historian Hilary Davidson is coming from a very different place in her beautiful, thoughtful book on the clothing of the Regency era. 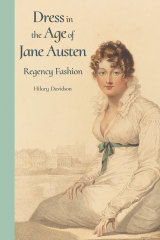 Combining meticulous scholarship and intellectual heft with an engaging, approachable style is one of the most difficult writing tasks there is, but Davidson makes it seem effortless, using the life, the letters and the novels of Austen as an entry point into her exploration of clothing, its modes of production, its aesthetics, and its social meaning.

The structure is inspired, organising the material not chronologically but rather as a series of concentric circles; the chapters are headed ‘‘Self’’, ‘‘Home’’, ‘‘Village’’, ‘‘Country’’, ‘‘City’’, ‘‘Nation’’, and ‘‘World’’, with each chapter examining personal, social, national or global aspects of the material history of clothing in Austen’s time. Davidson herself is both an experienced curator and a skilled needlewoman, and she brings a great depth of practical knowledge to her subject.

The book is sumptuously illustrated from many period sources: cartoons, magazine sketches, amateur watercolours, dress patterns and museum pieces are carefully chosen to illustrate the text, with everything from the close-ups of intricate embroidery to full-page reproductions of Regency portraiture. As befits a book on material culture, it is a beautiful object in itself and the perfect gift for any Austen fan in your life.

But neither this book nor any of the novels discussed here really get to the heart of an enduring mystery: the question of precisely what it was and is about Jane Austen that continues, more than 200 years later, to keep so many of us in thrall.