The Home Alone reboot has me rooting for the robbers

Earlier today, Macaulay Culkin and I woke up to the news we’ve both been dreading for some time: another Home Alone movie is about to be released.

Set to hit Disney+ on November 12, Home Sweet Home Alone is the sixth movie in the franchise and looks, by far, the most soul-crushing. Based on the trailer, the film is a copy-and-paste of John Hughes’ 1990 original, with just enough tweaks to keep people interested. 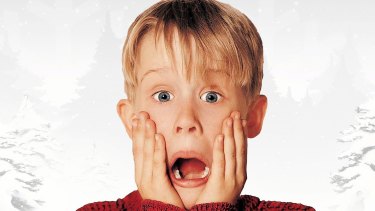 Kevin McAllister is now Max Mercer (Archie Yates), a precocious 10-year-old with a penchant for playing up. Instead of flying to France, the Mercers are off to Tokyo and this time around the family is English, which is fine, but makes Max’s one-liners a little hard to swallow: “Oh bother, I made my family disappear.”

There is even space for a familiar face in Devin Ratray, the actor who played Kevin’s older brother Buzz. In Home Sweet Home Alone, Buzz is a police officer, which actually kind of makes sense in the Home Alone canon but still feels a little wrong.

Thankfully, rumours that Culkin might make a cameo in the film proved untrue, the 41-year-old (sob!) posting a tweet denying any involvement.

Elsewhere on social media, users were quick to point out that Home Alone in 2021, is not really Home Alone at all. In 1990, a 10-year-old really needed to be resourceful in the face of home intruders because asking Siri to call the police from your Apple Watch was simply not an option.

And herein lies the first of many issues I have with Home Sweet Home Alone (the second issue being the ridiculous title). Like every other Millennial, I grew up watching Home Alone once a year, every year since the film was released.

The movie is part of my festive sphere of reference, as synonymous with Christmas as Santa Claus or Mariah Carey. To this day if I hear someone say, “keep the change” I can’t help but add “ya filthy animal.” 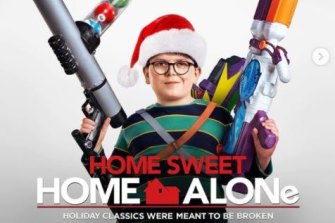 Ostensibly a Christmas film, Home Alone is so much more than that to those who know it best. It is a flawless physical comedy, a whip-smart character study and a reminder of what matters most in life. (Family, and also triple checking that everyone is on the plane).

But more importantly, Home Alone perhaps represents the last time our generation felt as though things were going to be OK. Kevin proved to us that with a little resilience, and a bunch of homemade booby traps, we could overcome any obstacle.

And it was an important lesson for us to learn because we’ve had to endure our fair share of obstacles. We’ve been locked out of the property market and shamed out of the avocado market. We survived the horror that was dial-up internet, only to be faced with a more terrifying prospect in the future: smartphones and Wi-Fi.

It’s no stretch to say Millennials have an underdog complex, and perhaps that’s why we feel so connected to Kevin. He was our first underdog, a flawed hero with a heart of gold and an unusual interest in whether his toothbrush was certified by the American Dental Association.

Watching the trailer for Home Sweet Home Alone, I couldn’t help but quietly despise Max, aware that he probably has a TikTok account with a million followers where he performs silly dances.

Surely, he could simply contact his mother via inflight Wi-Fi and let her know that he’d been left behind.

For a generation that has had to sacrifice so much, all that we have left are the films of our past, a reminder of a simpler time. Is it really too much to ask that we leave Home Alone, alone?