The Homes That Jeans Bought

Jerome Dahan, the founder of jeans brand Citizens of Humanity, is looking for a buyer to scoop up not one, but two of his Los Angeles homes.

Dahan just put the two neighboring properties based in Santa Monica’s Gillette Regent Square neighborhood on the market for a combined $18.2 million with listing agent Cooper Mount of The Agency. He’s hoping to sell them together, according to Mount.

That shabby chic-style home, built in 1913, is on the market for just under $14 million and boasts high ceilings, floor-to-ceiling windows, a chef’s kitchen, a formal living room, theater, office and three-car auto gallery. It’s also filled with Dahan’s impressive art collection, including a huge piece from Jean-Michel Basquiat, but he’ll no doubt take that with him when he moves out.

Interiors open to an alfresco dining terrace, heated pool and spa, leading to the two-story guest house with a sauna and fitness studio and the whole property is surrounded by trees to ensure privacy.

The other property is a three-bedroom bungalow that he also bought in 2006 for a little over $2 million. It features dual living rooms with fireplaces and two bedroom suites, while outside, there is a lounging terrace, grass lawn and detached garage, which currently serves as a game room with a half-bath. To buy this property alone would cost $4.2 million. 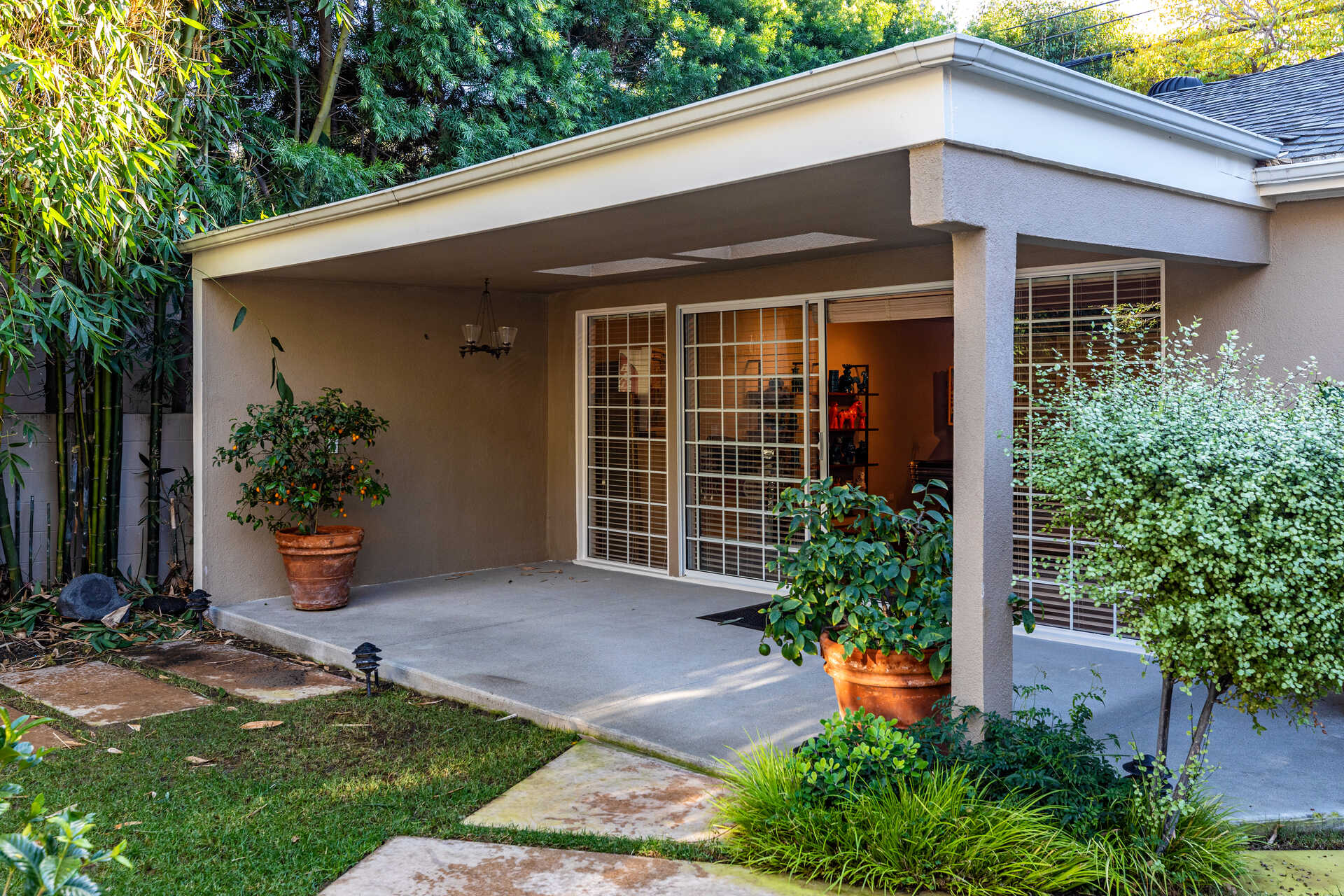 The smaller house. Courtesy of The Agency

Dahan has been in the denim market for decades, helping with the launch of Seven for all Mankind in 1999, before founding Citizens of Humanity in 2003. He sold his remaining stake in the latter in 2017. In the same year, he launched high-end denim venture Jean Atelier.